Troops of 651, 652 and 653 Brigades under the 65 Division of the Security Forces Headquarters -Kilinochchi (SFHQ-KLN), launched a number of welfare projects in their respective areas on account of the World Children’s Day on Tuesday (1).

Troops of 11 (Volunteer) Gajaba Regiment belonging to the 651 Brigade organized a commemoration ceremony at Annai Theresa pre-school and gave away gift parcels to 35 kids, 4 teachers and 40 and civilians participated in the event.

Meanwhile, troops of 10 Sri Lanka Light Infantry (SLLI) of the 652 Brigade distributed a stock of books and accessories among ten pre-school kids at Kollavilankulam Maran pre-school on account of the World Children’s Day.

Those projects were launched on the directions of the Commander, Security Forces - Kilinochchi, Major General Vjitha Ravipriya and under the supervision of the General Officer Commanding, 65 Division, Major General Wasantha Kumarapperuma. 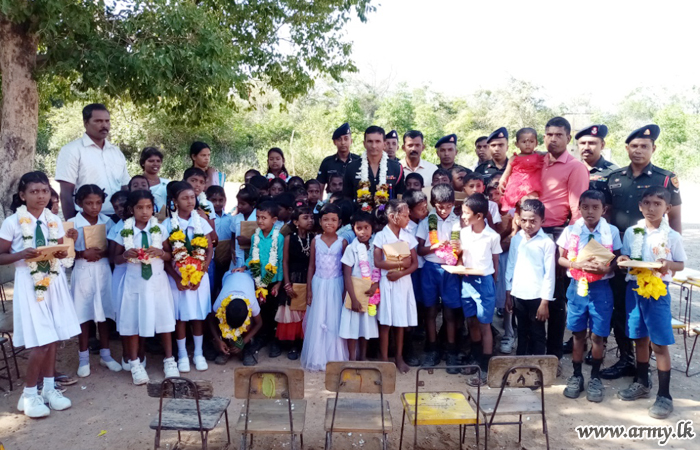 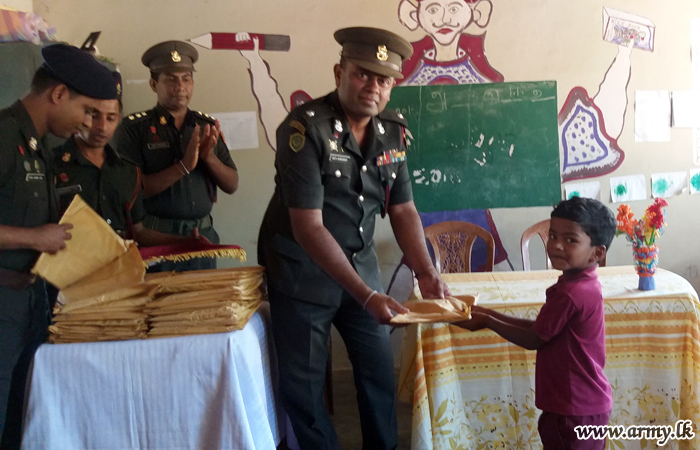 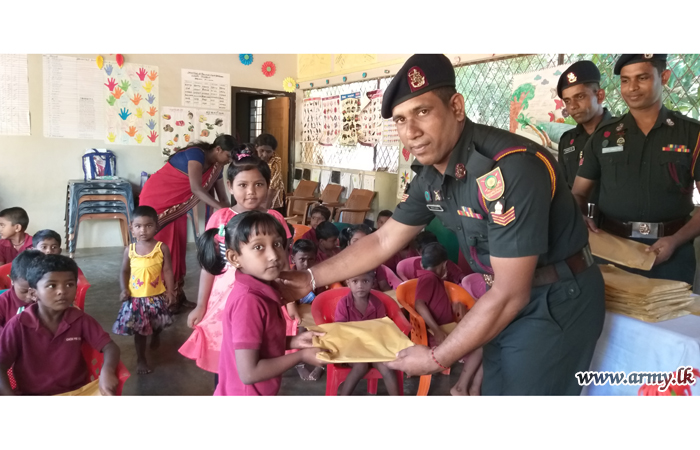 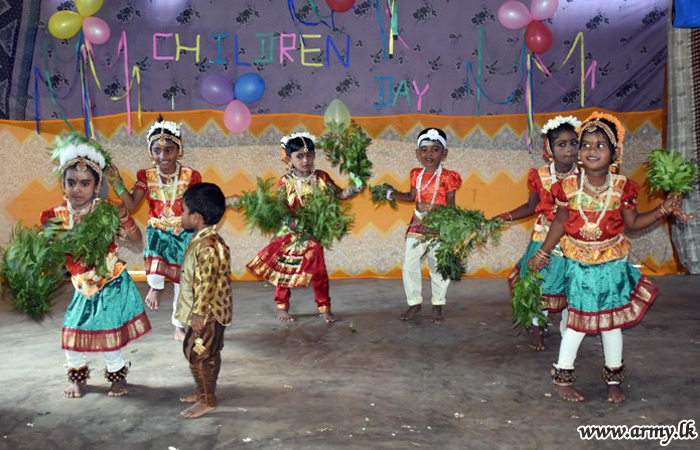 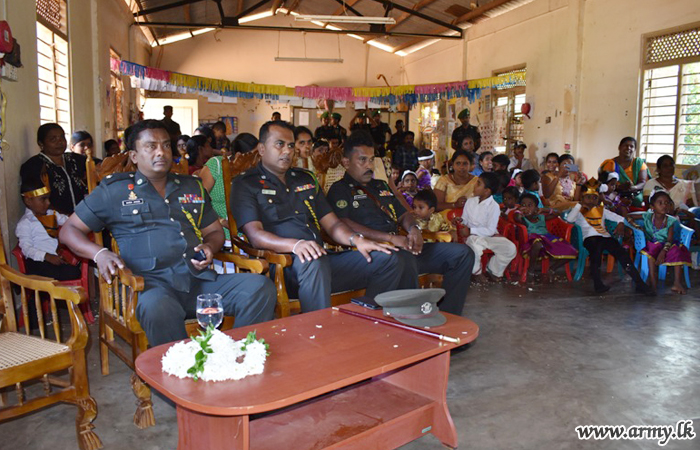 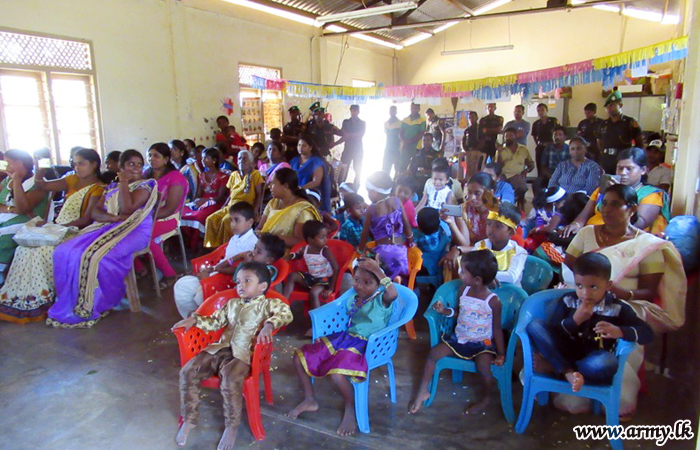 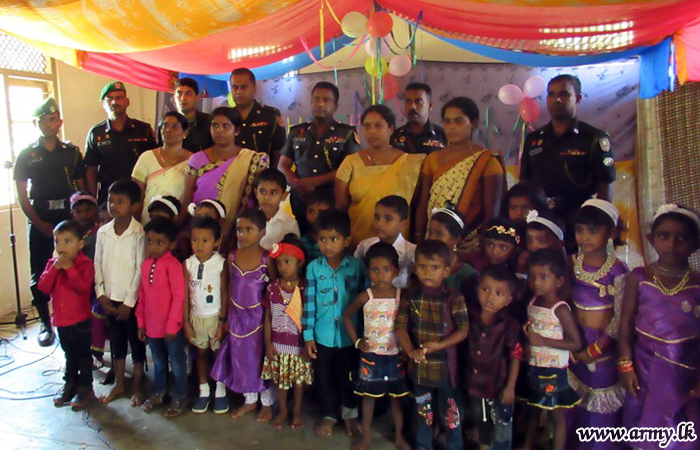 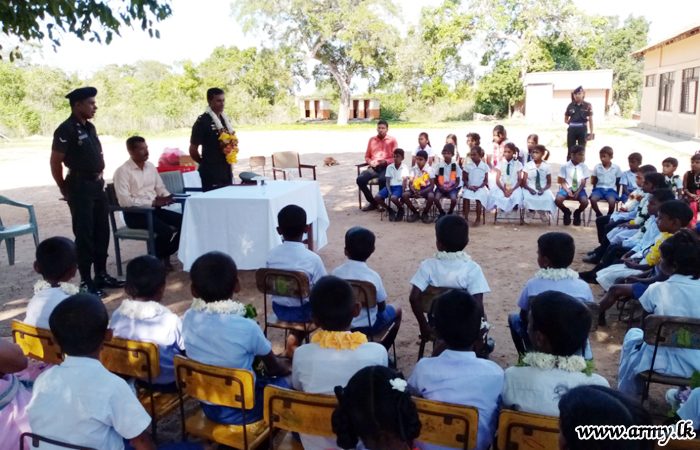 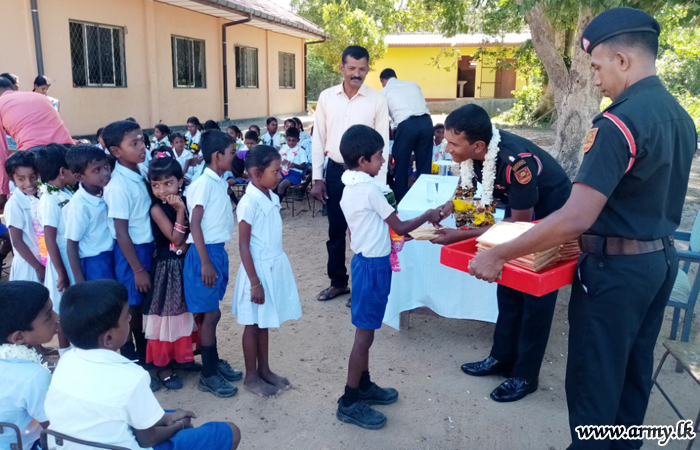 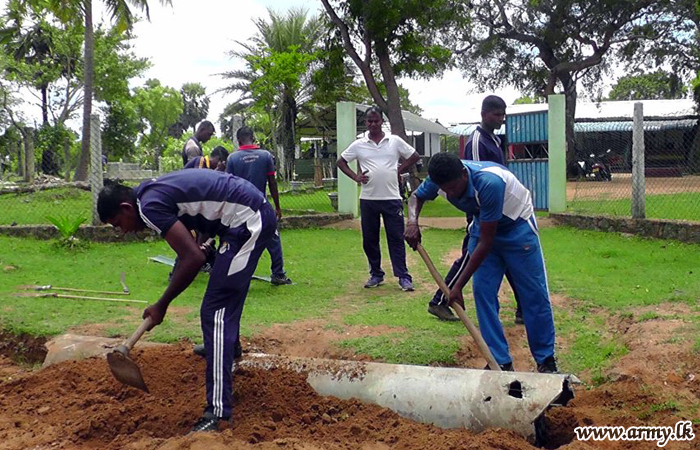