62 Division Initiative Gets New IT Lab to Veheratenna School

The formal opening of the much-needed computer laboratory at Veheratenna Roshan Mahanama Primary School, built by Fentons Ltd of Hayles Group at the invitation of the 62 Division Headquarters of the Security Force Headquarters - Wanni (SFHQ-W) took place on Thursday (30) during a ceremony, attended by a large gathering.

The new facility cost the donor company Rs 3 lakhs and the project was brought to completion by Army technical staff and soldiers of the 623 Brigade and the 62 Division. Mr Sujith De Alwis, representing the donor company graced the ceremony as the Chief Guest, together with Major General B.H.M.A Wijesinghe, General Officer Commanding, 62 Division who initiated the project after the need was brought to his notice by the principal.

The Roshan Mahanama Primary School, being the one and only place of learning for children of the resettled Veheratenna village, lacked IT facilities and the children were compelled to go to other peripheral schools to receive such training.

The inaugural ceremony got to a start after arrival of the Chief Guest and the GOC, 62 Division at the venue to be received by the principal, teachers and students of the school. They were conducted to the new IT laboratory in a procession of dancers before the ribbon-cutting and unveiling of the plaque took place.

Mr Rejee Gunawardene, Mr Chithral De Silva and Mr Chanuka Wickramawardene, all three from the donor Company, 623 Brigade Commander, staff of the school, children, villagers of Veheratenna and several Officers from under command Brigades and Battalions were also present during the opening ceremony. 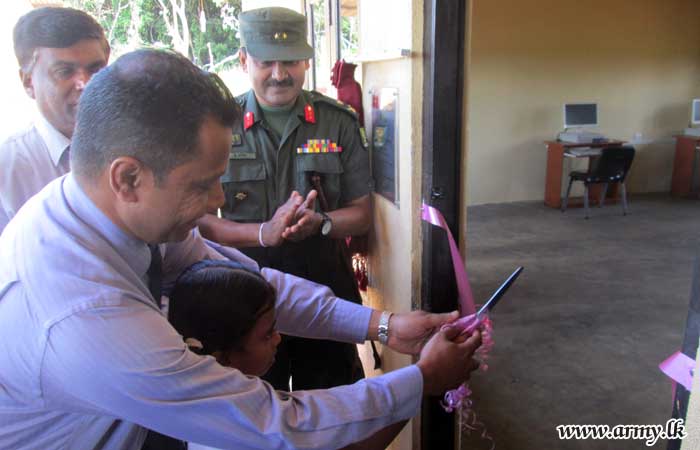 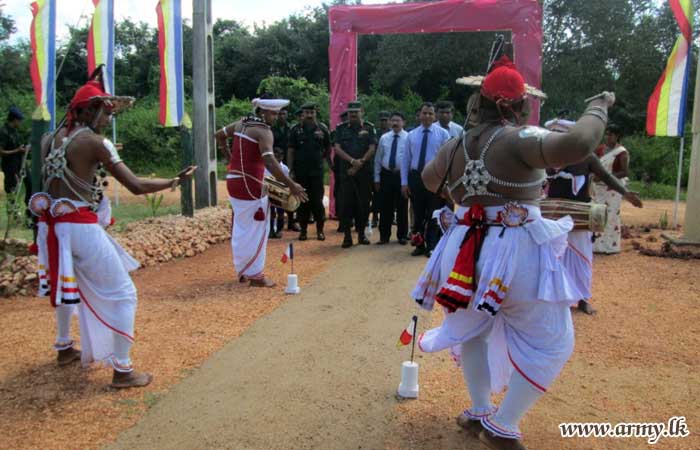 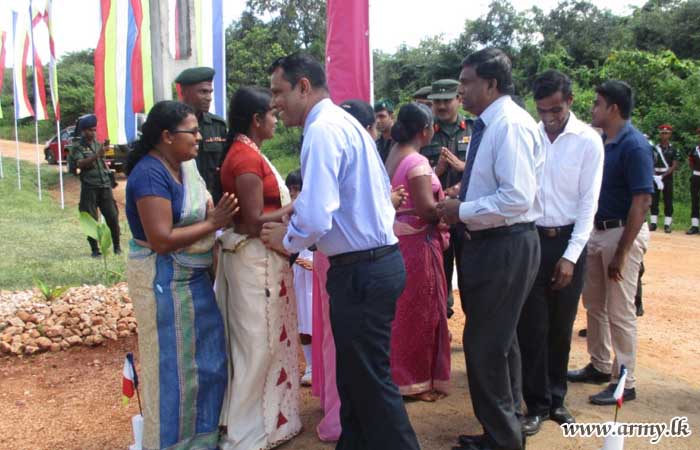 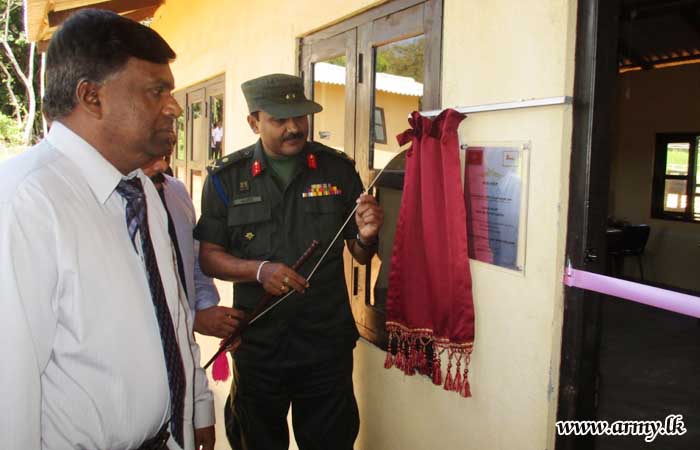 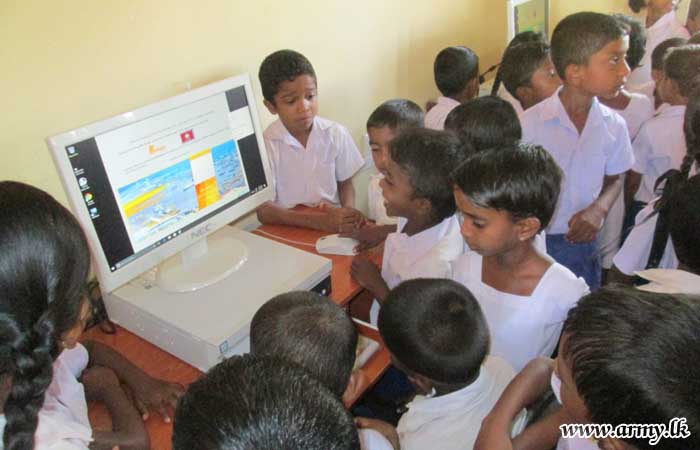 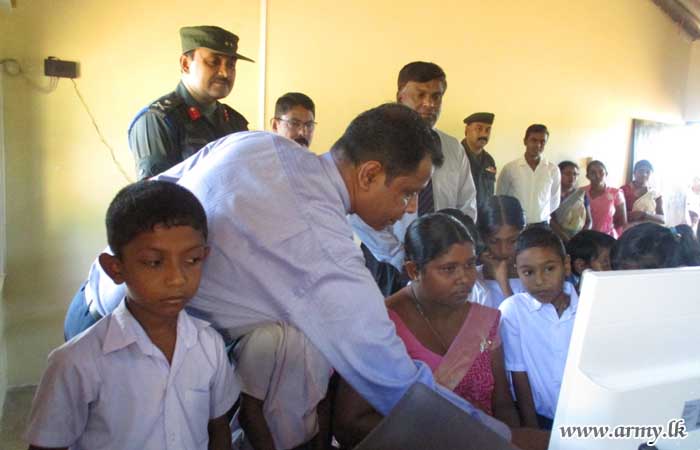 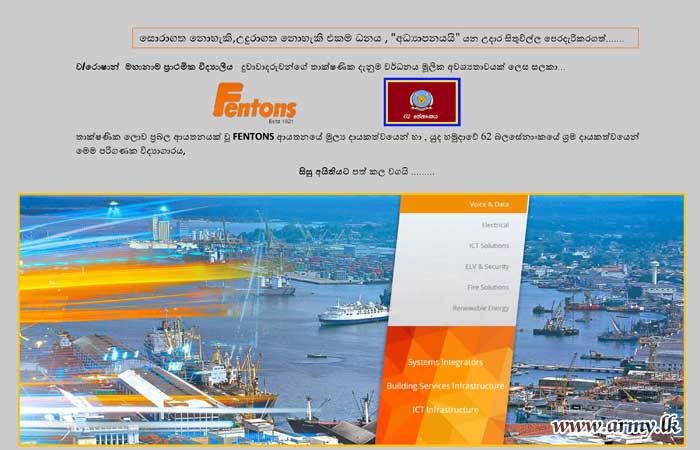