Troops of the 593 Brigade under the 59 Division assisted the annual Katina Pooja at the historic Gurukanda temple in the general area of Nayaru during 17-18 on the directions of the Commander, Security Forces - Mullaittivu (SF-MLT).

Subsequently, the following morning (18) the Katina Perahera arrived at the temple and the series of Poojas culminated with the offer of ‘Heel Daana’ (breakfast) to 15 monks. 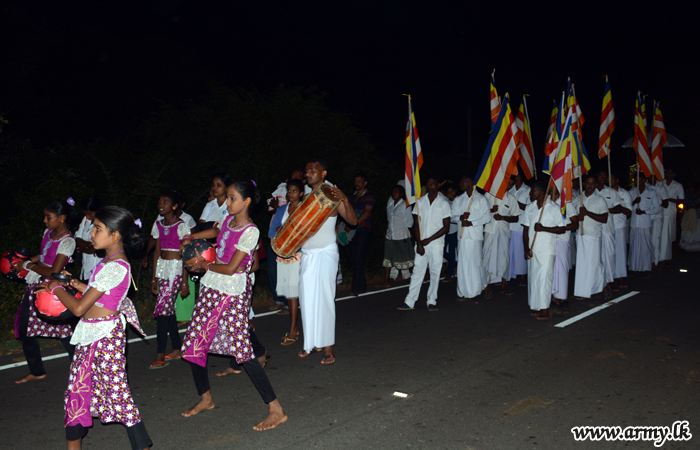 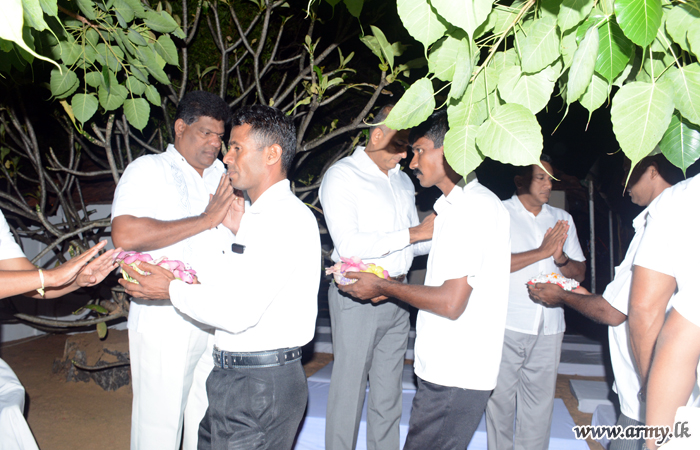 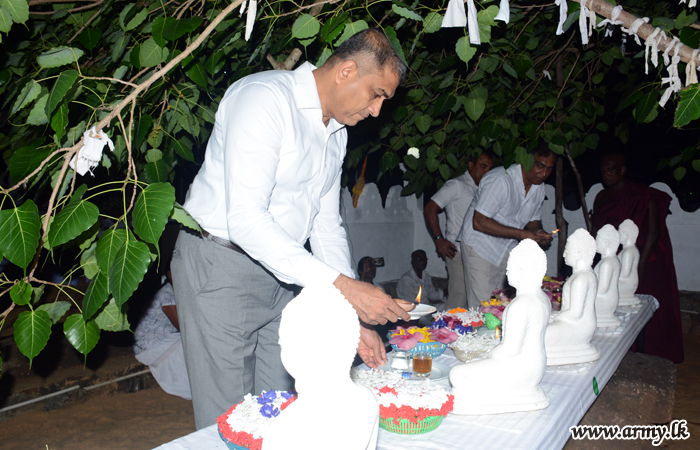 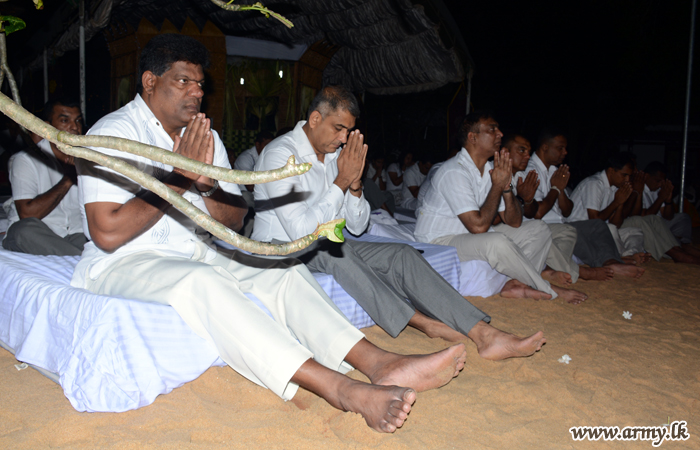 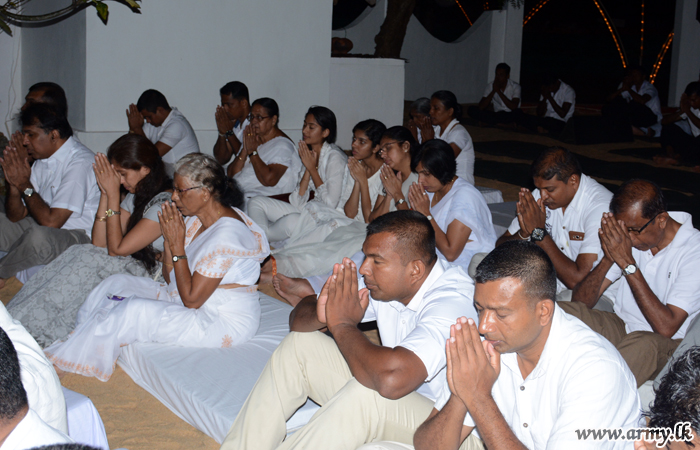 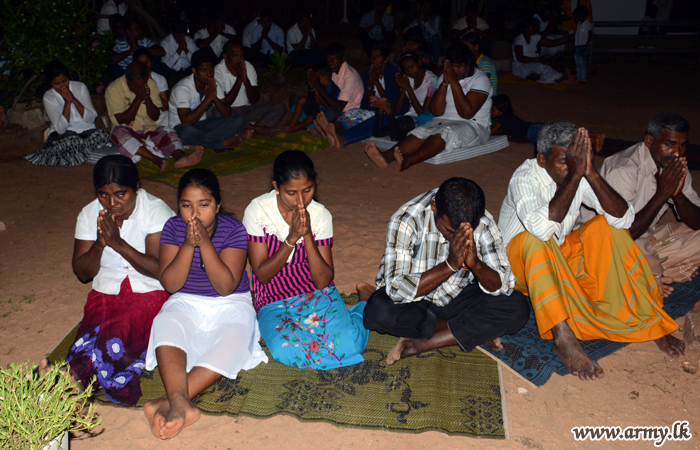 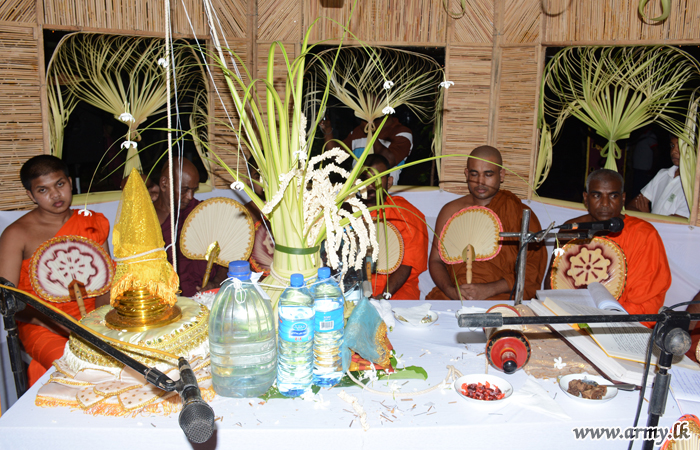 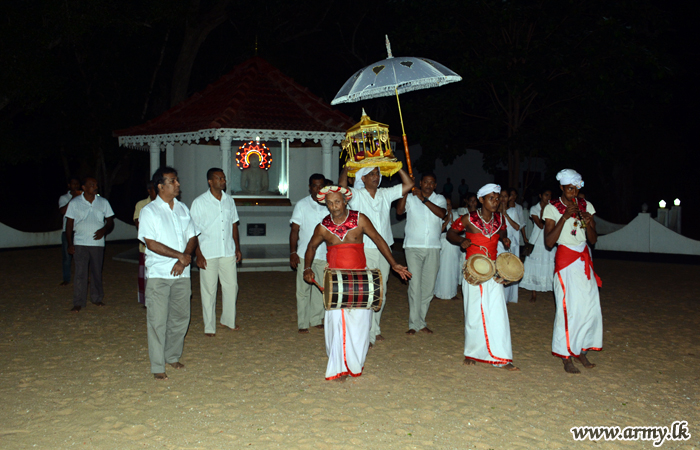 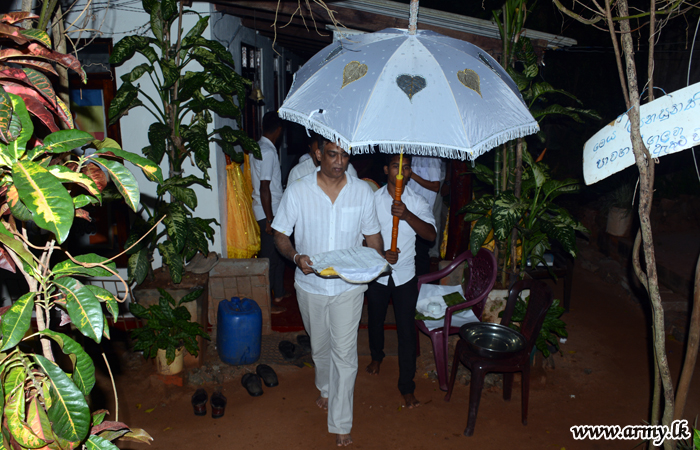 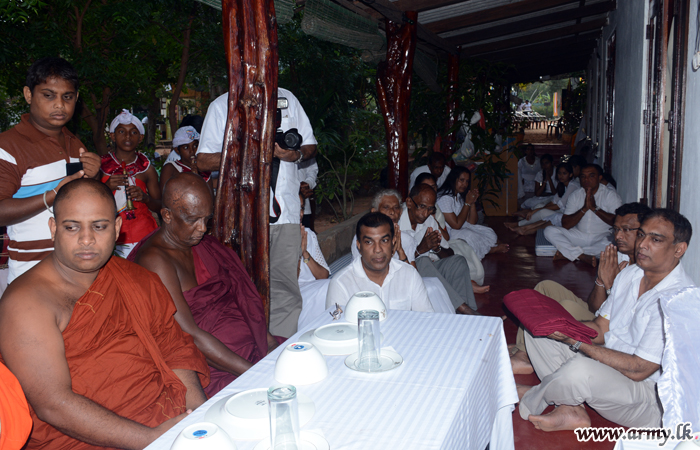 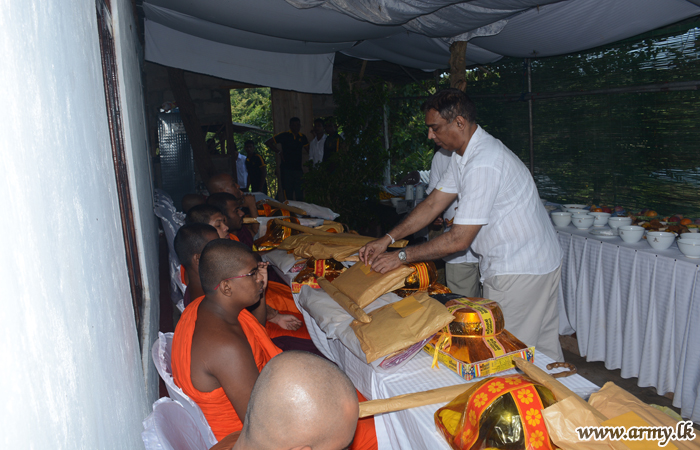