A total of 300 coconut saplings, donated by the Coconut Development Board were planted across Army brigades/battalions serving under the 56 Division HQ in the general area of Kokeliya on 13 October 2020 on account of the 23rd Anniversary of the 56 Division HQ.

This programme was launched in line with the Army Commander's 'Thuru Mithuru-Nawa Ratak' campaign, dedicated to the cultivation of crops and tree planting. Major General Dhammika Jayasinghe, Commander Security Forces- Wanni gave the green light to go ahead with the project.

Adhering to preventive health measures, troops participated in the programme. 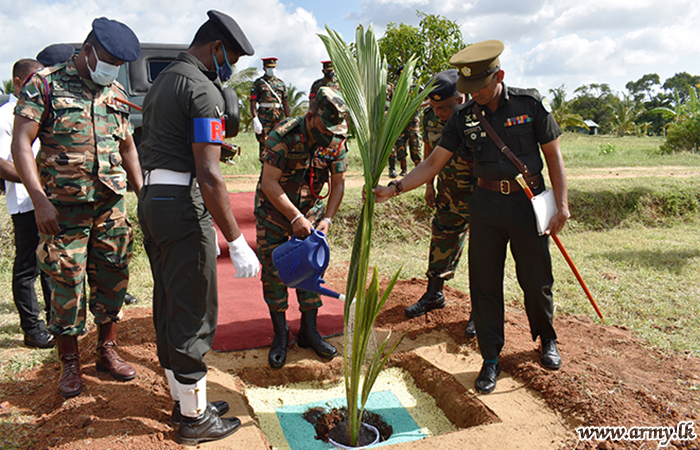 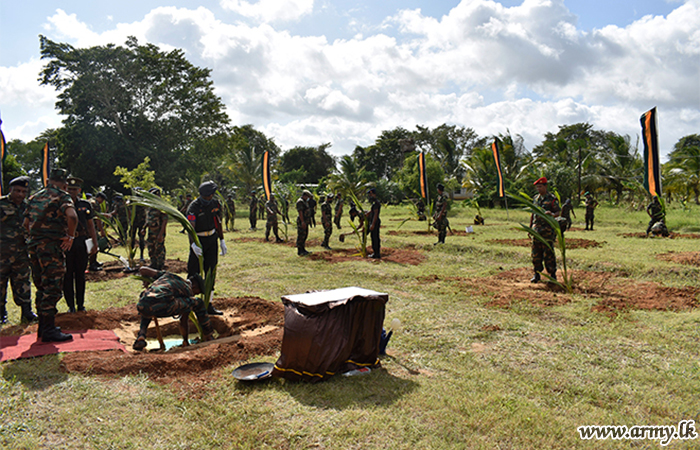 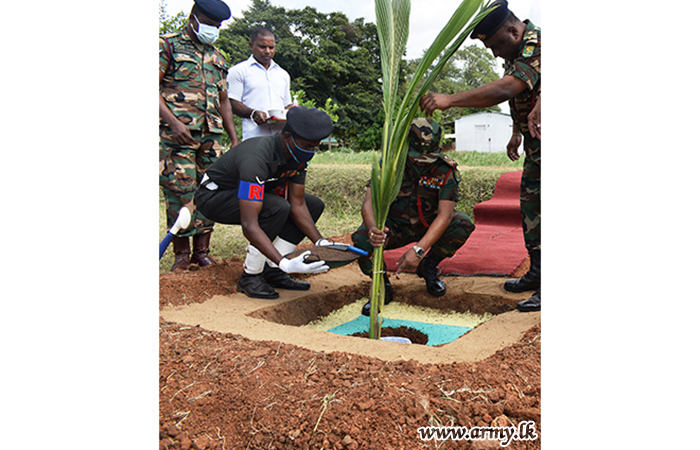 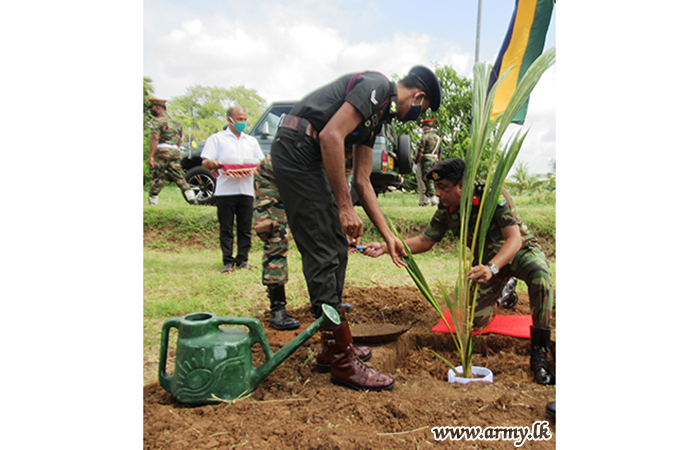 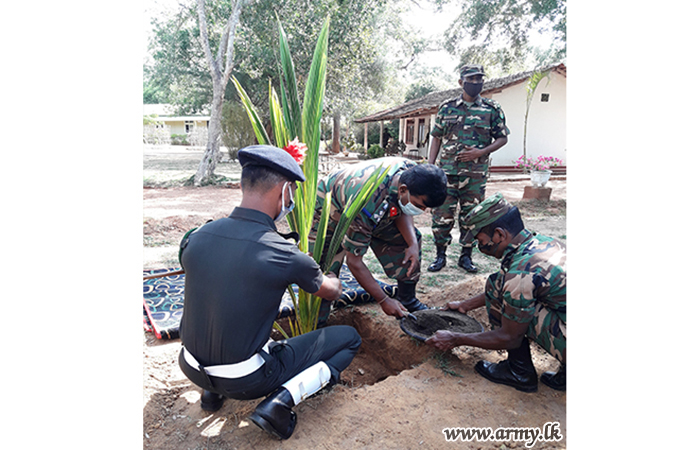 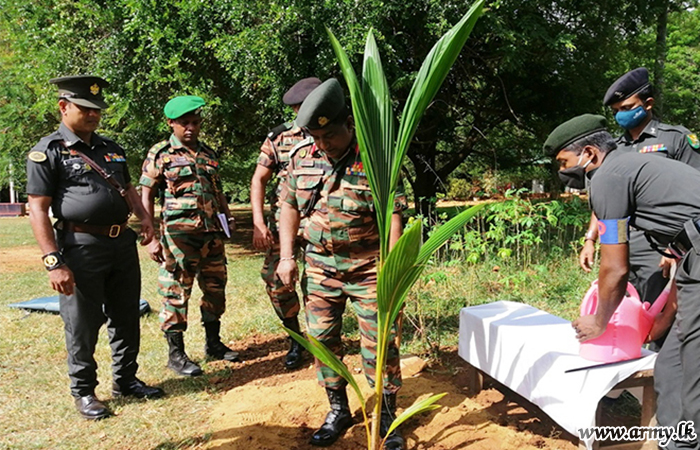 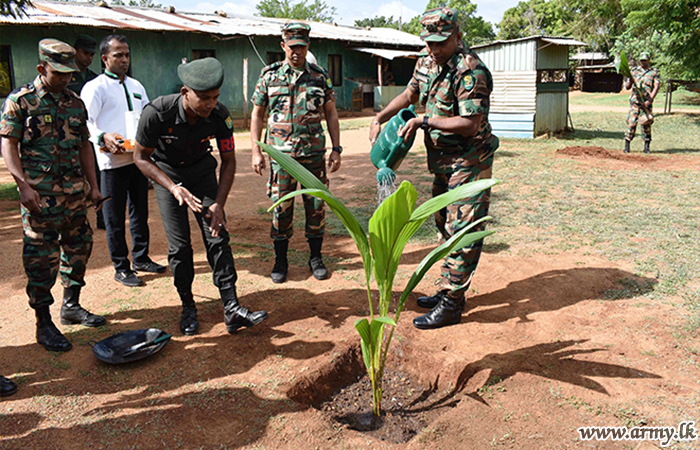 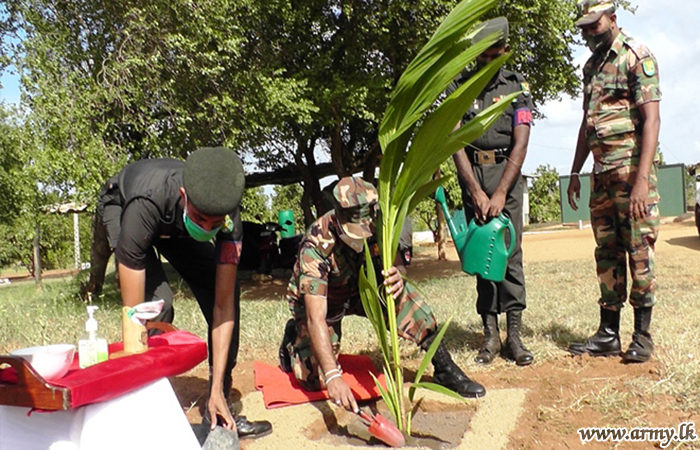