Brigadier T.J Nanayakkara, the new General Officer Commanding (GOC) at the 54 Division assumed duties on Monday (19) during a simple ceremony at the Headquarters in Mannar.

The newly-appointed GOC signed a formal document to signify the acceptance of the new office.

A Guard Turnout presented by the troops of the 54 Division saluted the new GOC, 54 Division as a formality.

After assumption of his duties, he planted a mango sapling at the Divisional Headquarters premises and addressed his troops.

Several senior officers, Officers and other ranks serving under the 54 Division attended the occasion. 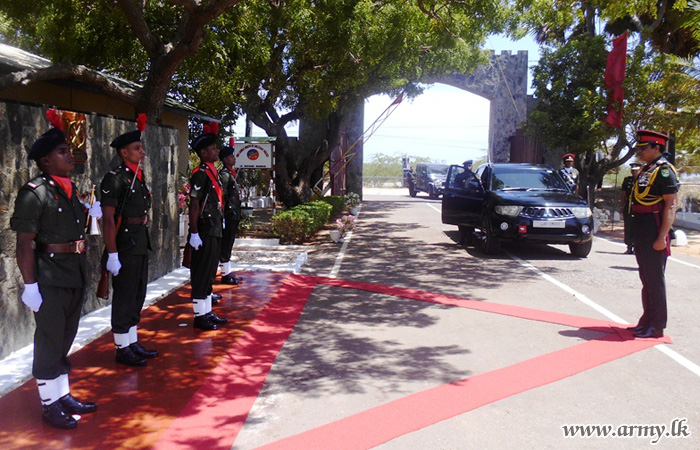 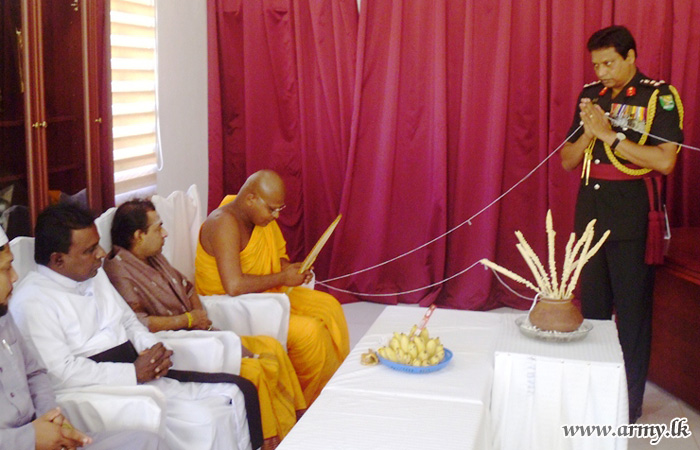 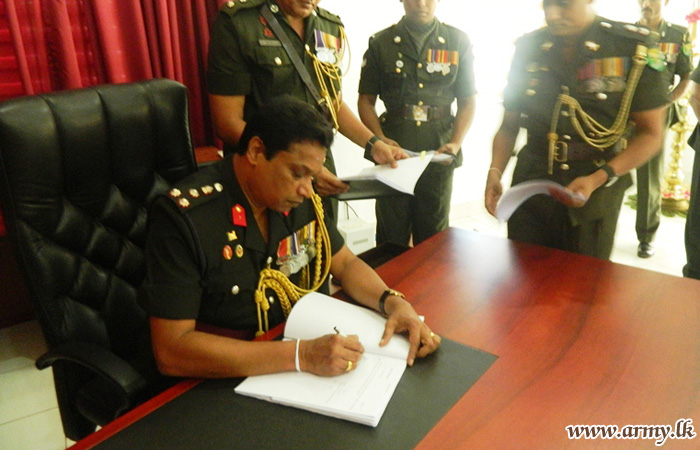 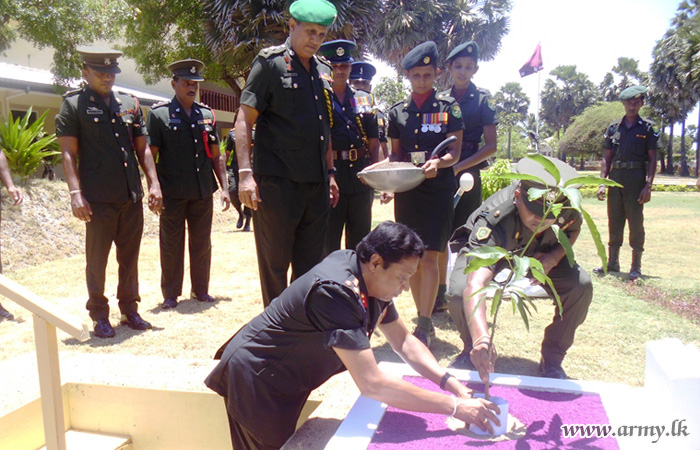