Colonel Nishshanka Samaradiwakara assumed duties as the 13th Commander of the 523 Brigade of the 52 Division of the Security Force HQ-Jaffna, amid religious blessings at the Headquarters in Allarai, Chavakachcheri on Friday (4).

The new Brigade Commander was warmly welcomed by Staff Officers and honoured in a Guard Turnout, presented by 4 Vijayabhahu Infantry Regiment troops on arrival at the location. Afterwards, Colonel Nishshanka Samaradiwakara placed his signature in an official document to mark his assumption of duties in the presence of a few Senior Officers.

Colonel Nishshanka Samaradiwakara, prior to this new appointment served as the Colonel Coordinator in the Chief Field Engineer’s office.

An All Rank tea, planting of a sapling and the formal address to the Officers and Other Ranks culminated the day’s proceedings. Commanding Officers and Brigade staff were present at the occasion. 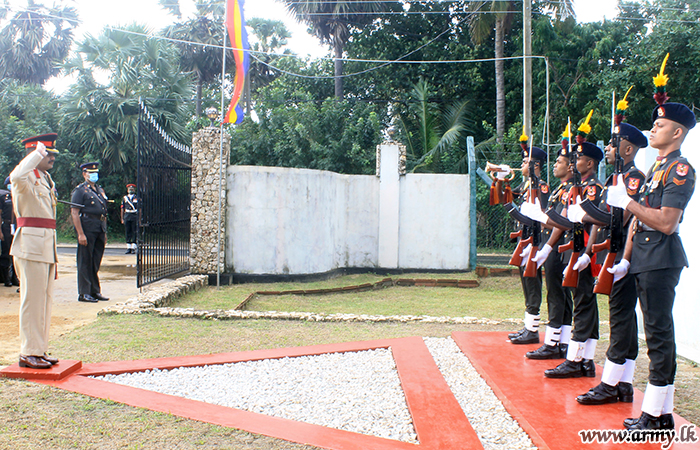 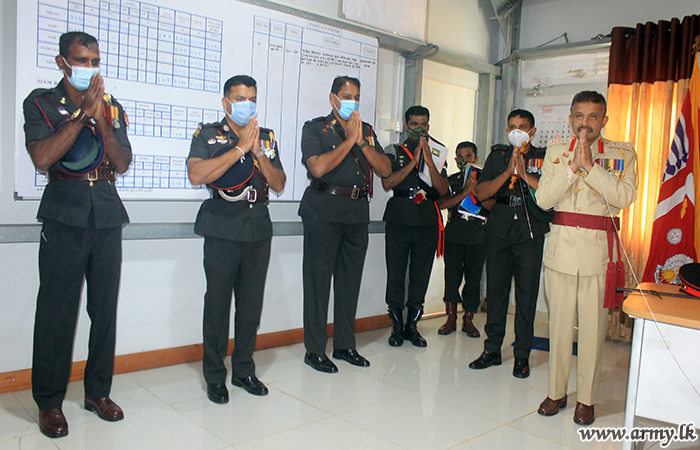 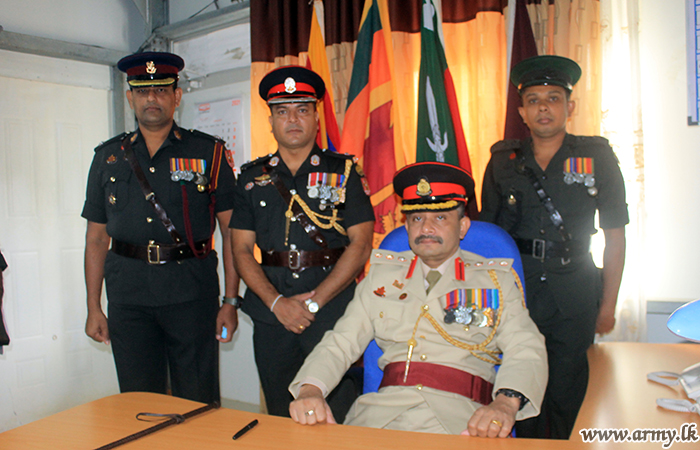