The inaugural release of fish shoals to the tanks at Mathwalasinghekulam and Kanukkerny in remote Mullaittivu areas took place on Wednesday (31) during a brief ceremony, led by Colonel Prabath Arachchige, Commander 592 Brigade as the Chief Guest.

According to a suggestion of Brigadier D. Sooriyabandara, General Officer Commanding, 59 Division, a total of 410,000 fingerlings to those tanks in Mullaittivu area are to be released in collaboration with the National Aquaculture Development Authority as sources of income and nutrition for the public resident in those remote areas.

Symbolizing the start of the project, the day's Chief Guest released some 30,000 fingerlings to the Mathwalasinghekulam and Kanukkerny tanks with the participation of Mr. S. Sankeethan, Director Project, National Aquaculture Development Authority.

Several Army Officers and villagers were associated with the day's event. 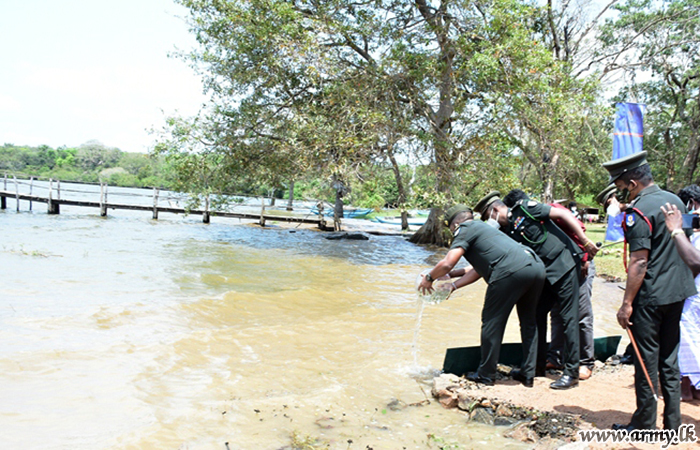 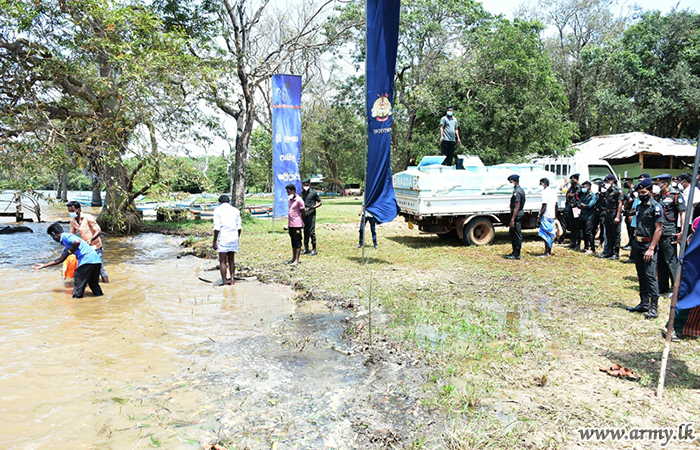 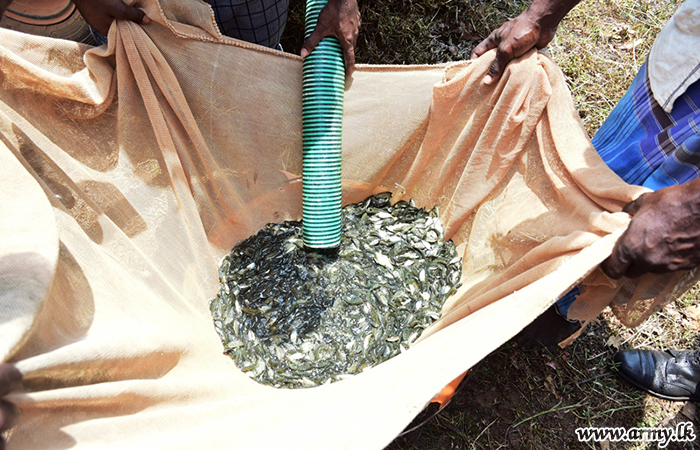