Troops of the 24 Vijayabahu Infantry Regiment (VIR) celebrated their 7th anniversary with a series of events on Saturday (4) at Koorai, Mannar.

A Guard Turnout was accorded by the troops to the Commanding Officer of the 24 VIR at the entrance to the 24 VIR Headquarters as a military formality as the first leg of the anniversary arrangements.

Thereafter, saplings were planted by the Commanding Officer and senior officers in the 24 VIR camp premises giving memories to the anniversary and contributing to the ongoing national tree-planting.

On the same day, a troop address followed by an all rank lunch took place in the 24 VIR Headquarters as the final item in the day’s agenda. 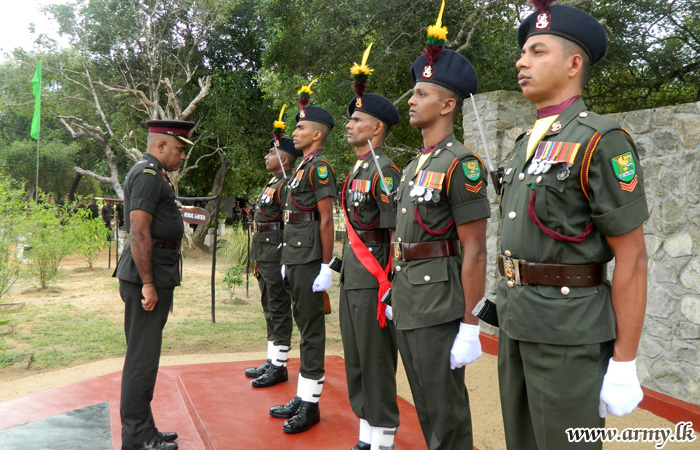 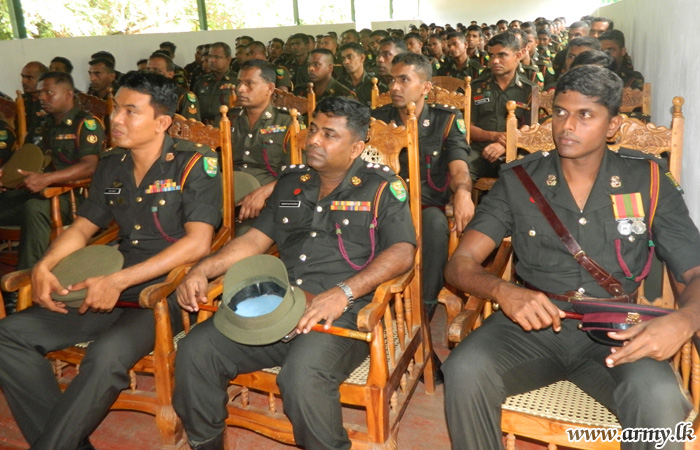