Intending to help and encourage needy students for studies in the Wanni region, one more programme for donation of school accessories, organized by the 213 Brigade of the 21 Division took place on Saturday (5) at Selvatorian Children’s Home in Neriyakulam.

213 Brigade troops following generosity, extended by Mr Sudesh Eranga, a philanthropist, all the orphaned children in the Children’s Home were awarded gift parcels of school accessories after entertaining them to a tasty lunch, provided by the Army.

Colonel K.A.N Rasika Kumara, Commander, 213 Brigade, took the initiative in this regard and closely supervised the project. Senior Officers at the 213 Brigade were present at the occasion.

Mr K. A Priyantha Dayananda and his family members from Kadugannawa area provided their sponsorship for the project in response to a request, made by the General Officer Commanding, 62 Division, Major General Dhammika Jayasinghe. 14 (Volunteer) Sri Lanka Light Infantry troops took the lead in organizing the distribution ceremony. 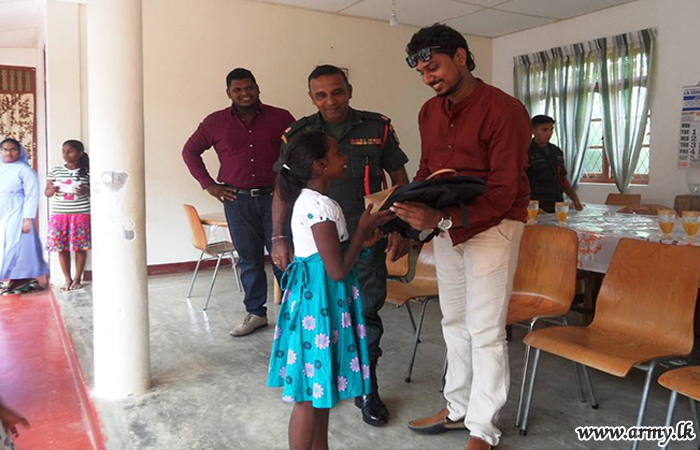 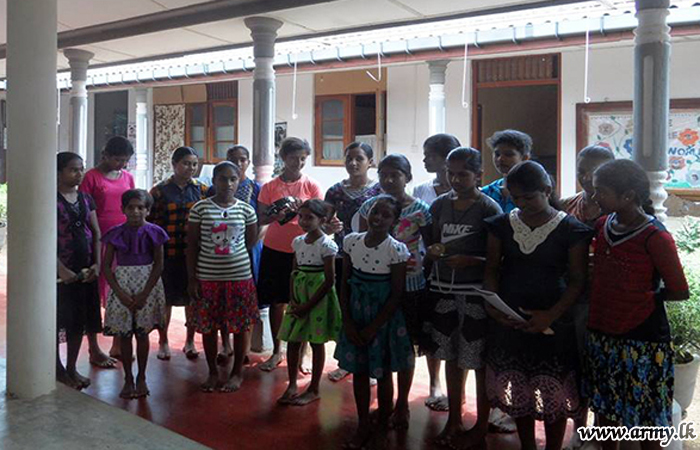 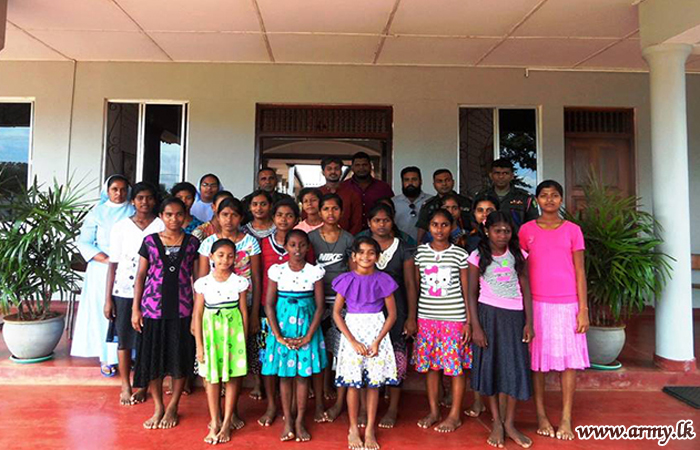 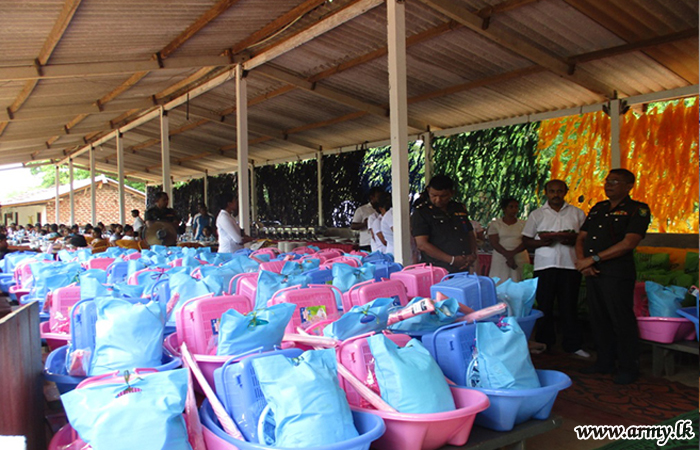 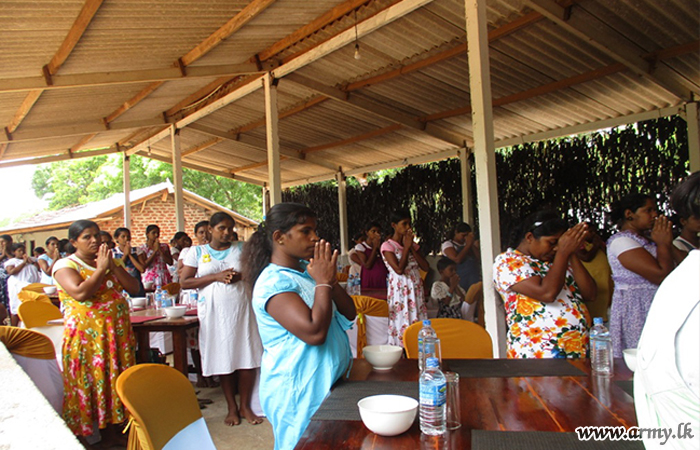 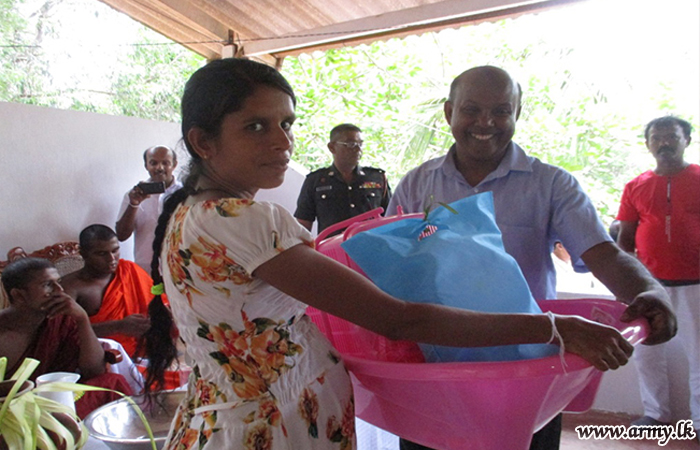 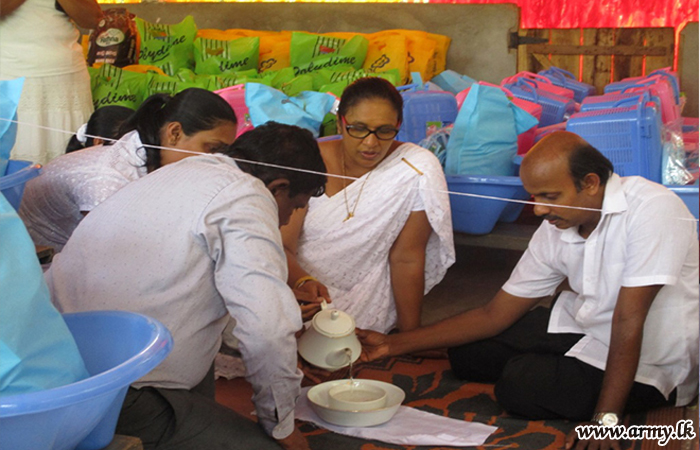 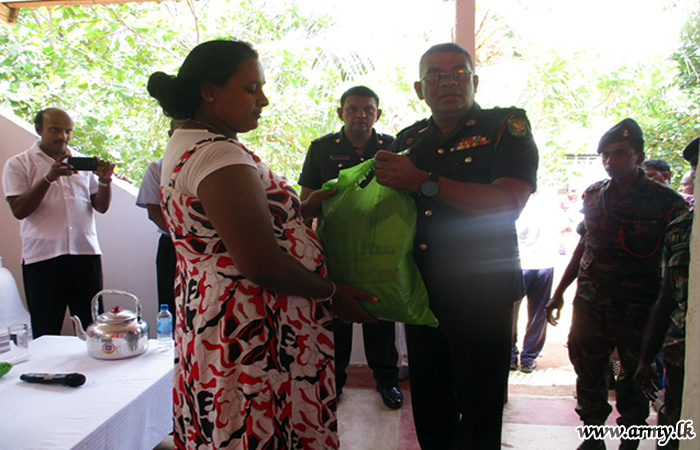 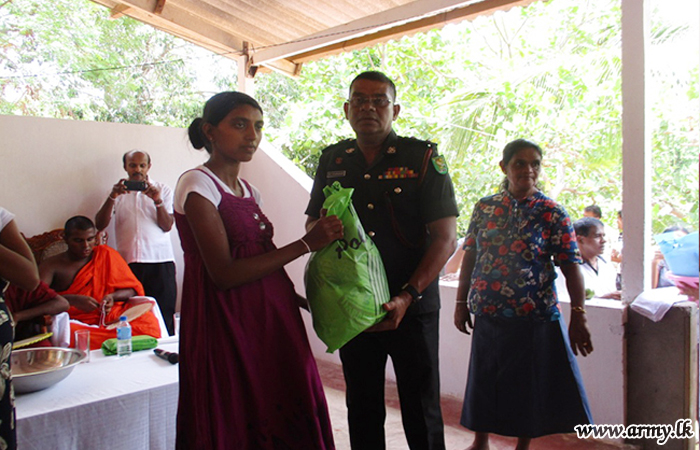