One more new house for a needy family, built by troops of the 5 Sri Lanka National Guard of the 212 Brigade under the 21 Division of the Security Force HQ-Wanni in the general area of Katukeliyawa, Thanthirimale was vested in a helpless widow with children on Saturday (14 March) during a brief ceremony.

The newly-constructed house, comprised of all facilities, such as sitting area, dining room, bedrooms, washroom, kitchen, etc and got a drinking water facility too through an electric pump. On the same occasion, the beneficiary, Mrs Y.W Manora Kumari was gifted with essential household utensils, electric appliances and some furniture.

The brief ceremony, attended by the recipient's relatives, the donor, Officers and villagers saw house-warming rites and rituals performed in accordance with age-old traditions. 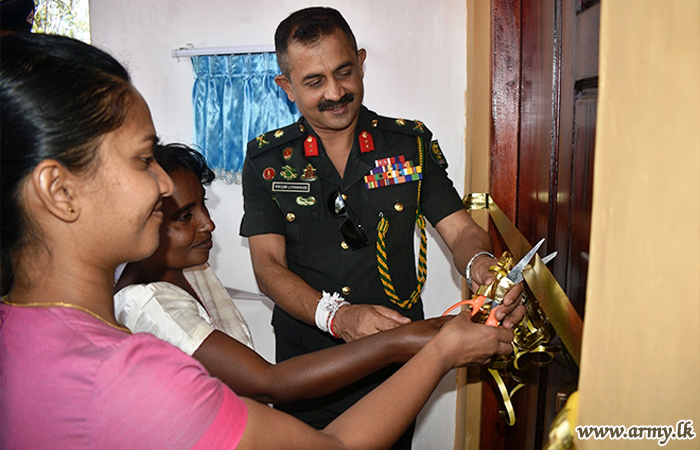 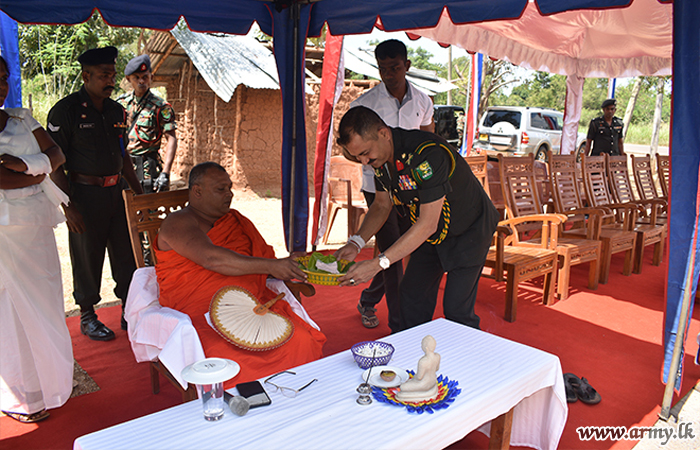 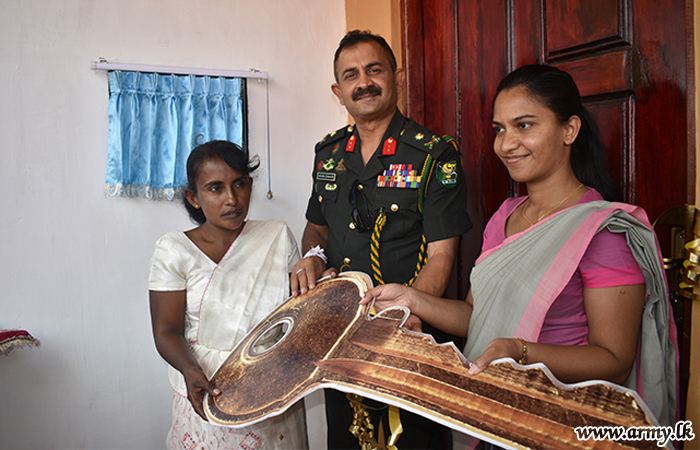 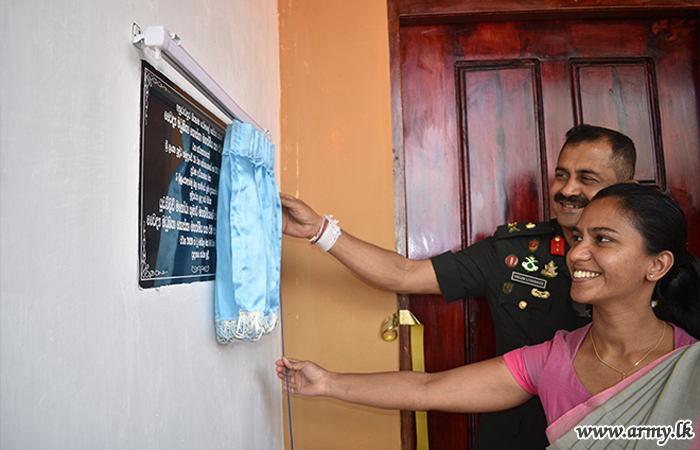 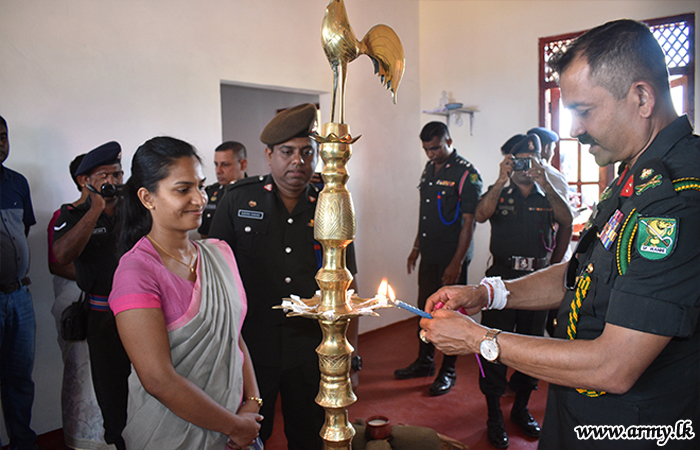 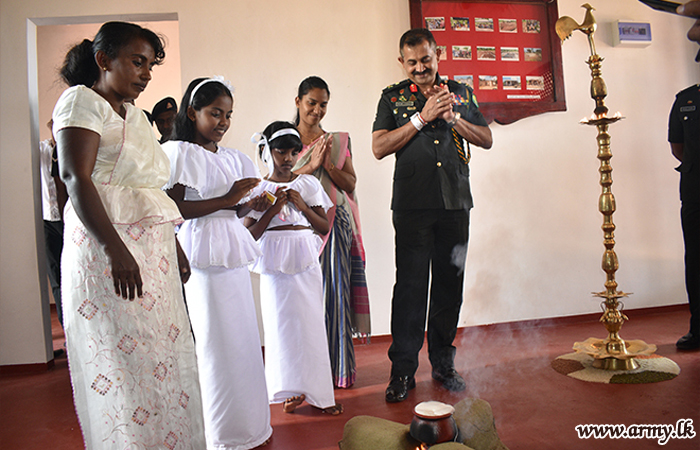 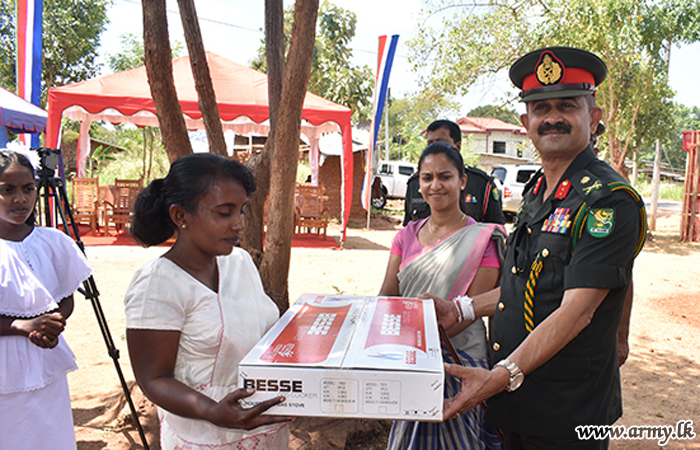 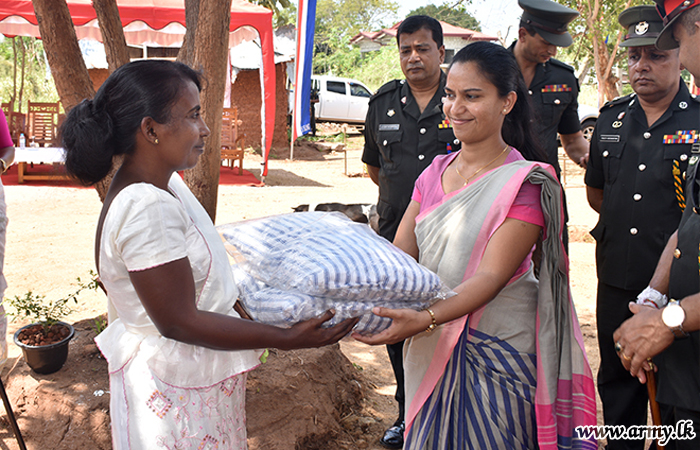 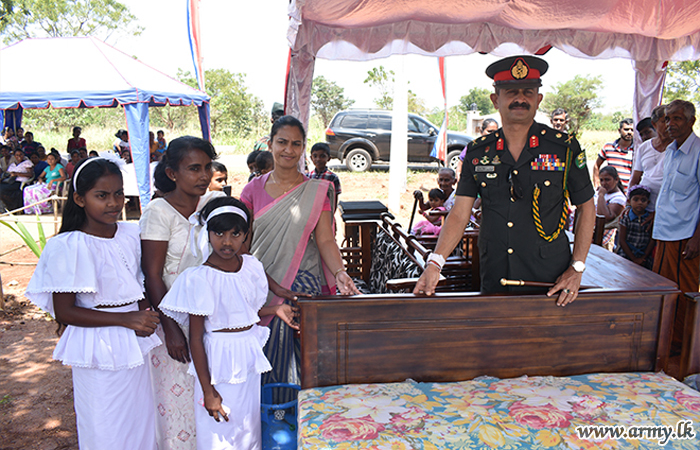 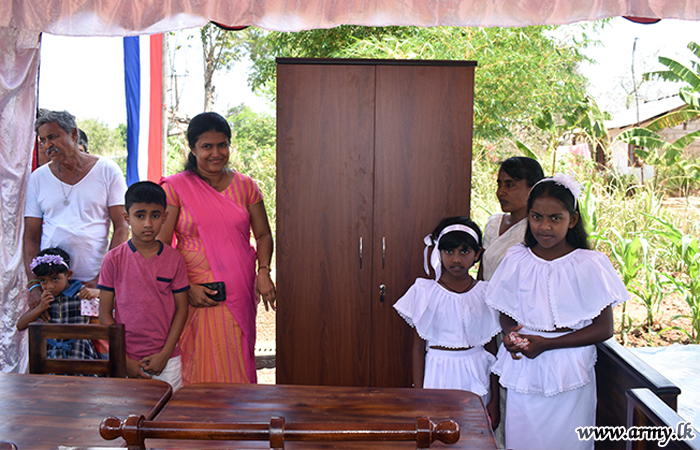 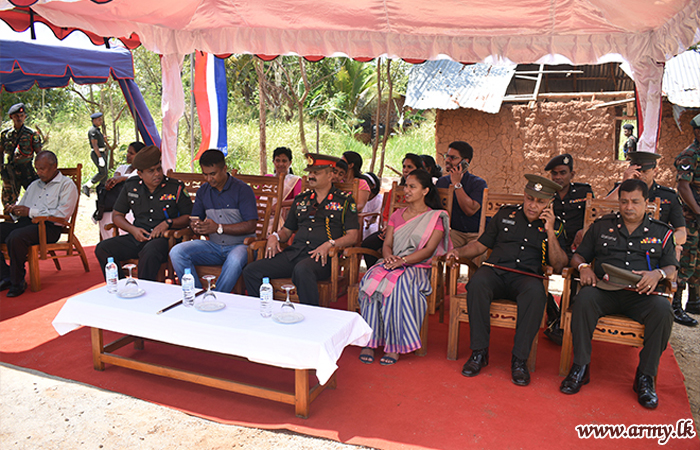 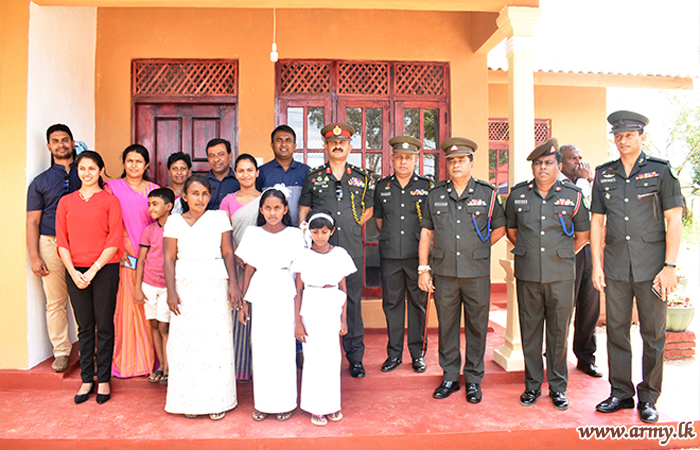 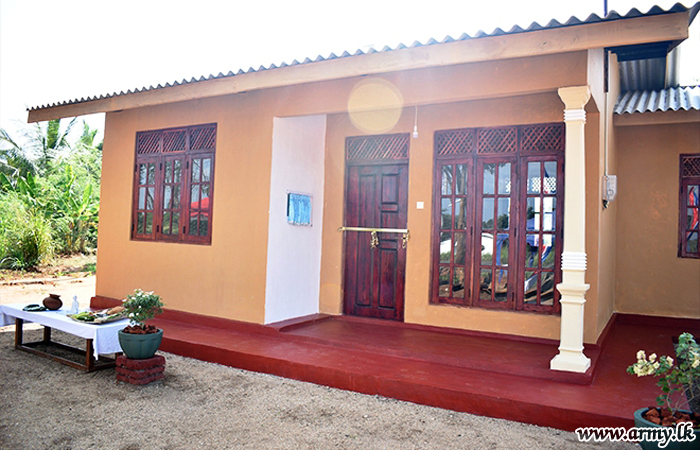