2 Sri Lanka Sinha Regiment troops of the 111 Brigade under the 11 Division of the Security Force Headquarters - Central with funds made available by the Divisional Secretariat at Gampola constructed a new house to a needy family in Pupuressa, Gampola in the Doluwa Divisional Secretariat and symbolically handed over its keys to the beneficiaries on Saturday (30).

The new house for the recipient, Mrs KG Seetha Kumari was built within a few weeks on the directions of the Commander, Security Forces - Central and the General Officer Commanding of the 11 Division. 111 Brigade Commander and the Commanding Officer of the 2 (V) Sri Lanka Sinha Regiment closely supervised the construction work that got underway as part of the 11 Division’s community development project. 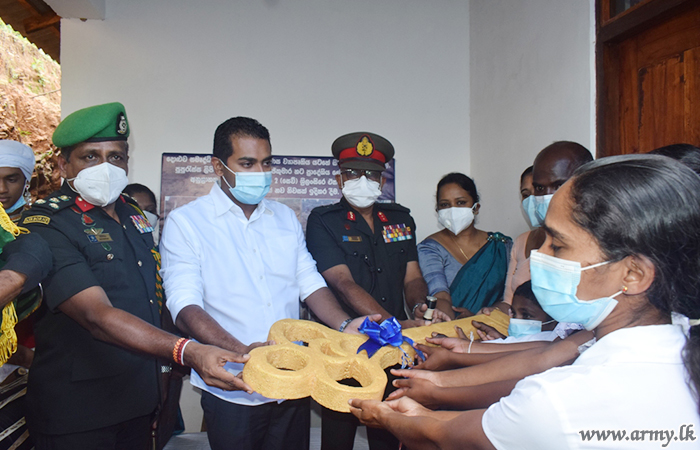 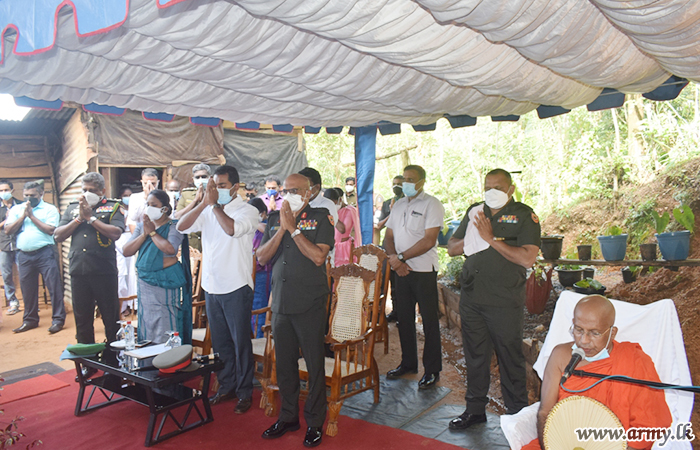 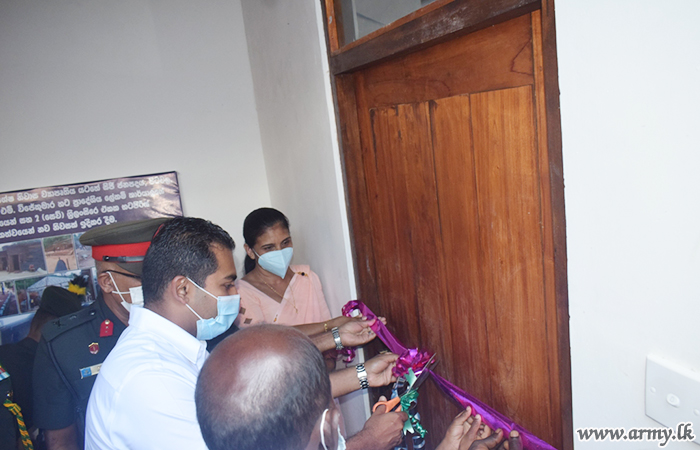 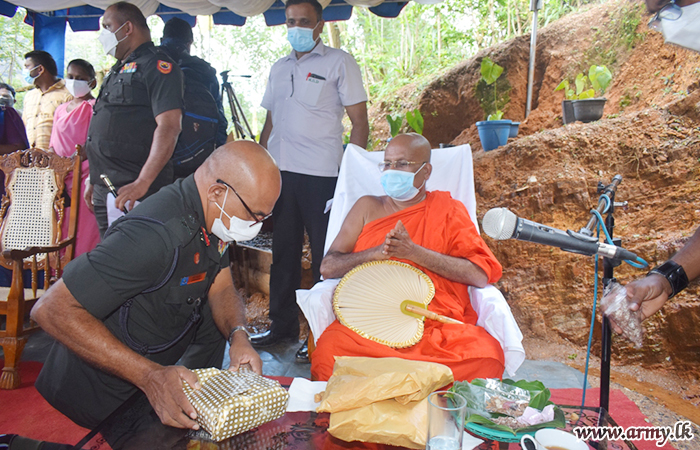 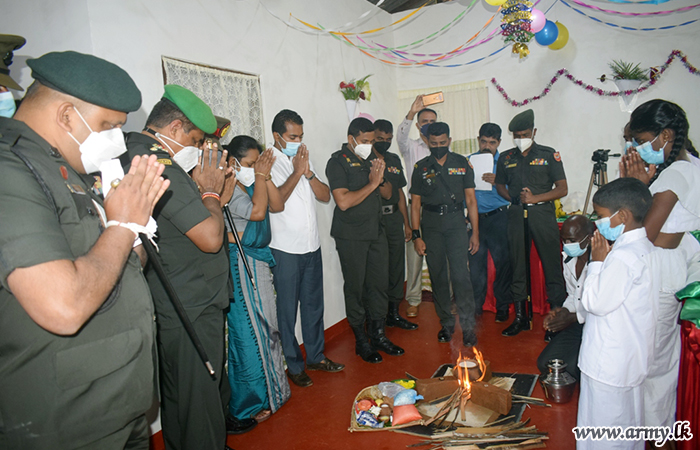 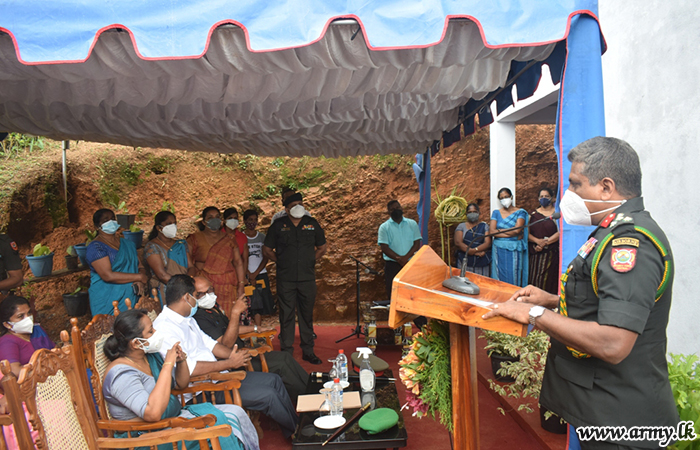 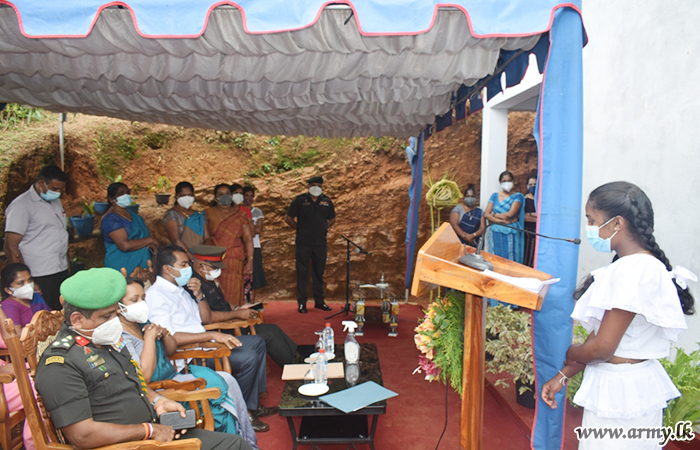 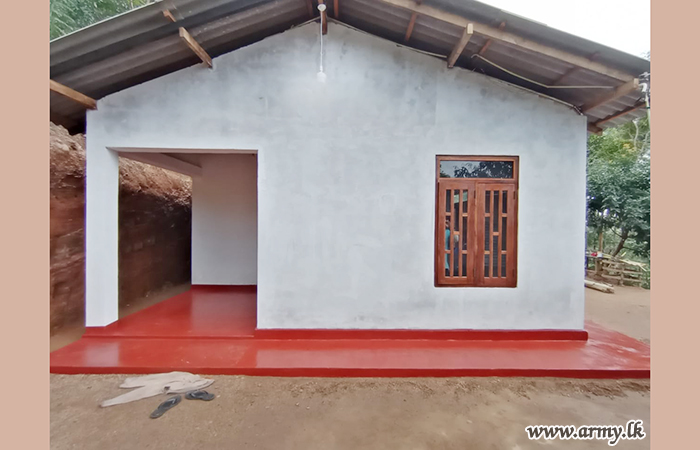