Troops of the 143 Brigade of the 14 Division under the Security Force Headquarters-West on the guidelines given by Major General Jayantha Senevirathna, Commander, Security Forces - West and Major General A.S Ariyasinghe, General Officer Commanding, 14 Division using their own funds donated 70 dry ration packs among needy families in Mundalam Divisional Secretariat area in Puttalam during 16-17 April.

This programme was carried out by those 143 Brigade troops after learning that those families were undergoing hardships due to loss of their livelihood means and the imposition of curfew hours.

Brigadier Dammika Dissanayake, 143 Brigade Commander, together with his troops and government officials joined the distribution programme after visiting doorsteps of those recipients. 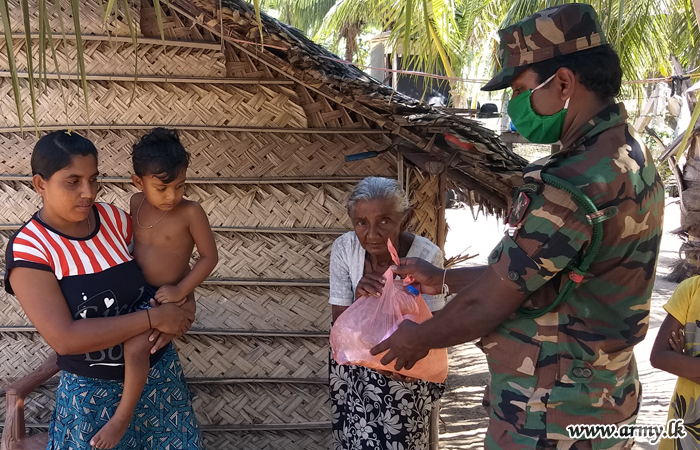 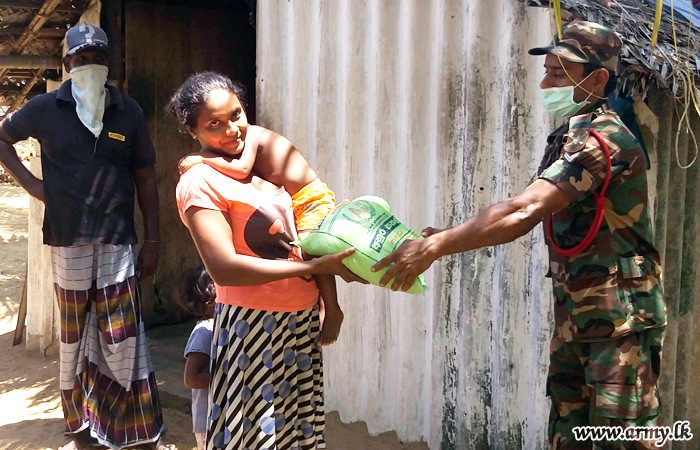 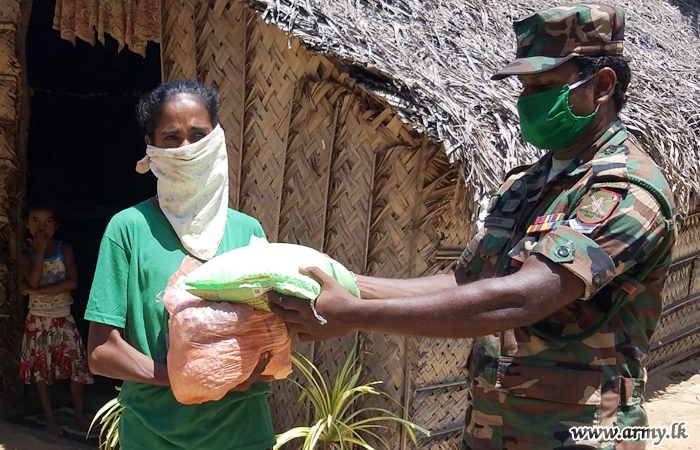 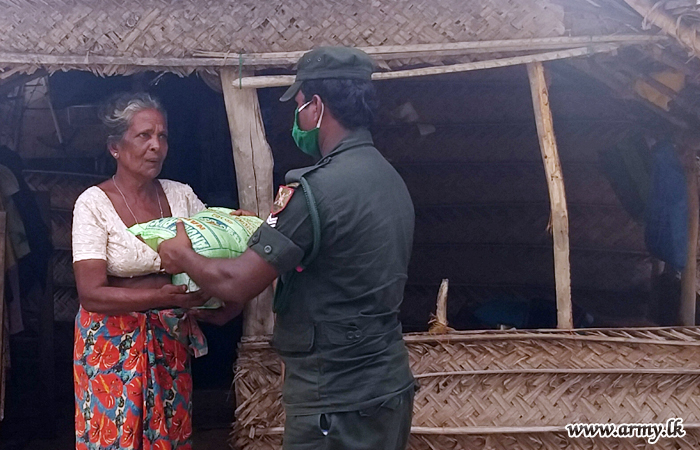 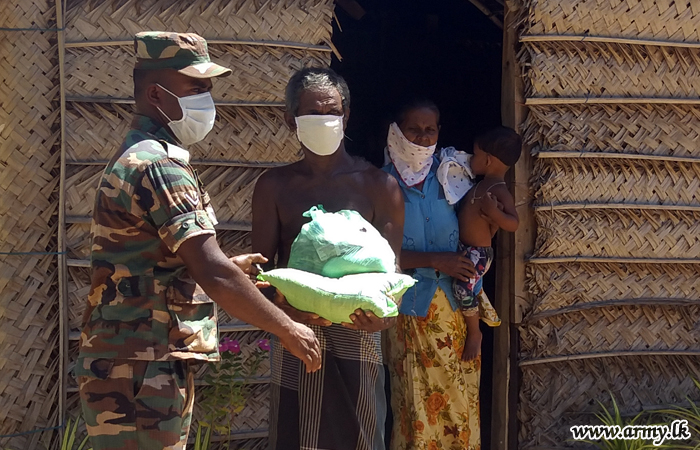 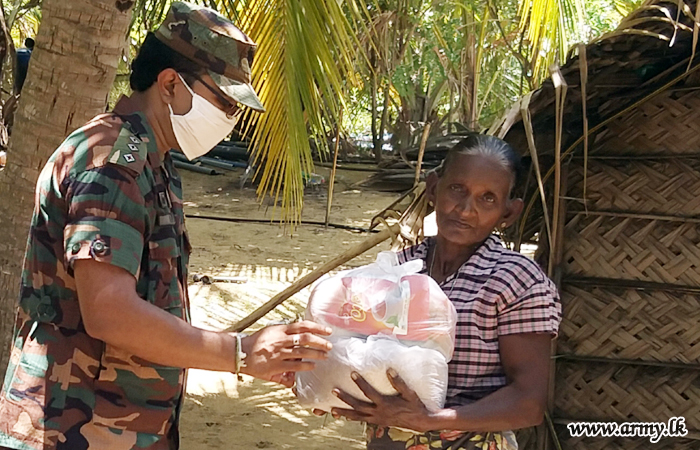