A sudden fire that broke out inside the Economic Centre, Muthiyankaddu in Oddusuddan, Mullaittivu was doused by 13 Sri Lanka National Guard (13 SLNG) troops of the 64 Division on Thursday (29).

Troops from 13 Sri Lanka National Guard took immediate action and doused the fire under the supervision of Colonel Tiral de Silva, Commander 643 Brigade. Villagers in the area also contributed to douse the fire. 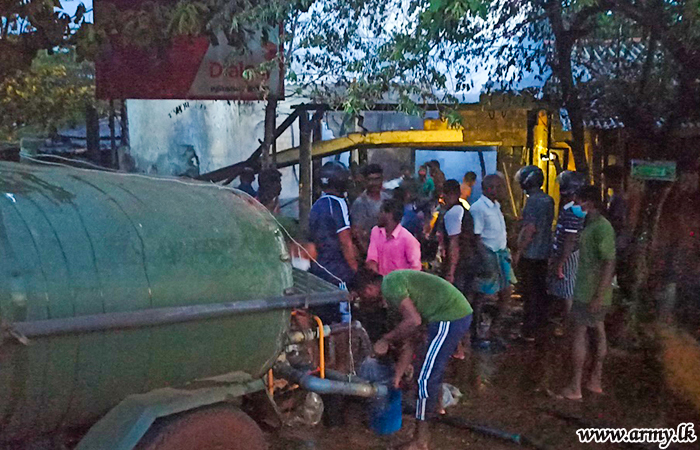 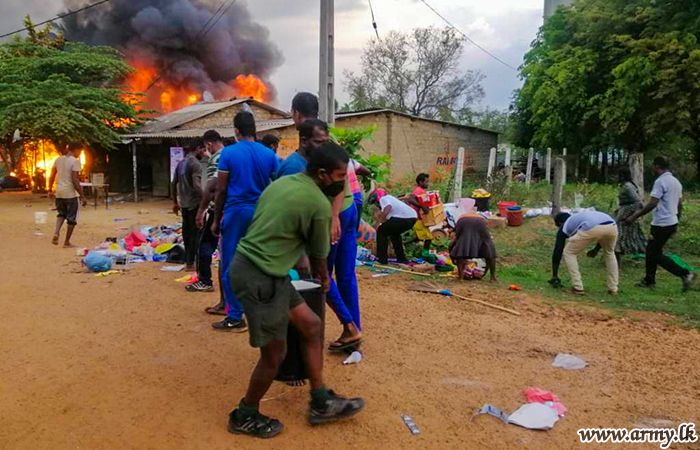 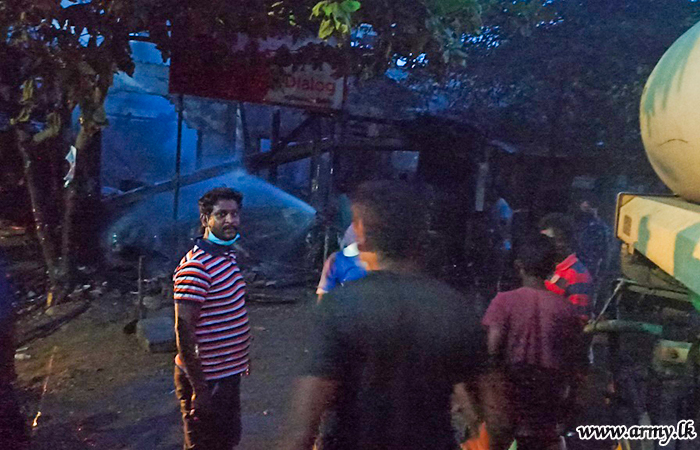 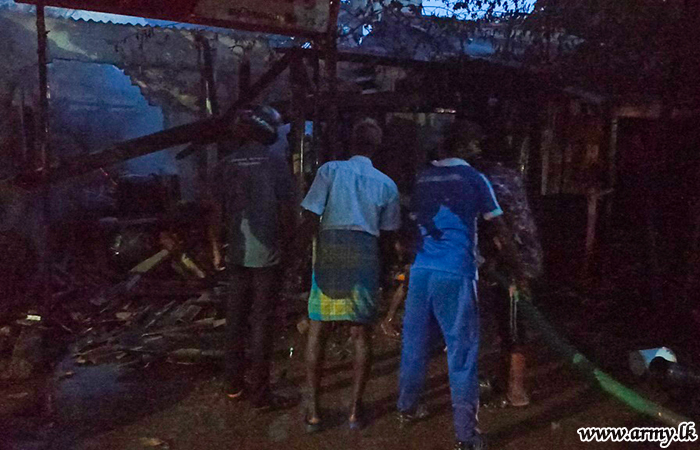 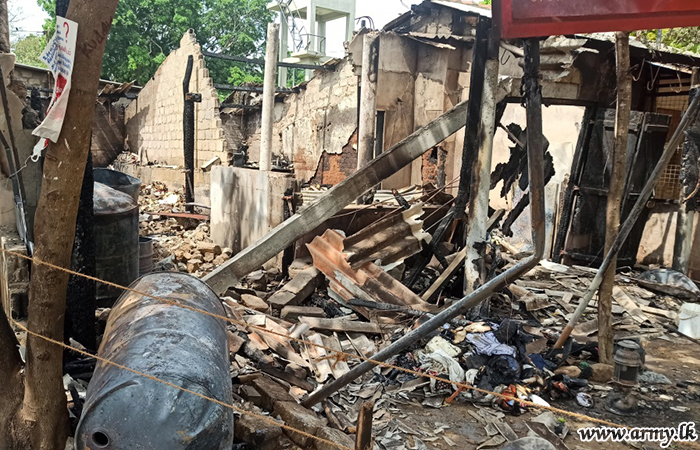