The speech delivered by Prof. Ahmed Salah Hashim of the US, Associate Professor of Strategic Studies in the Military Studies Programme, S. Rajaratnam School of International Studies (RSIS) to the ‘Confronting Terrorism’ in the Session 2 spoke about the new faces of ‘Global Terrorism’, in which he presented a comprehensive picture of terrorist movements, being propagated across the globe.

In his analysis, Prof. Ahmed Salah Hashim described how the IS ‘Caliphate’ doctrine caught the attention of the world and its unexpected defeats in the global arena.

Until recently little written about military aspects of Islamic State in comparison with its ideology, its terror tactics, finances, organization and state-building enterprises.

This is changing. Military story is complex and deserves study. This study aims to tell that story using primary, secondary, and video data & comparison with other violent non-state actors.

Study is not meant to be merely descriptive but conceptual & analytical.

Purpose of this presentation:

Provide a surface overview & interpretation of Islamic State’s way of warfare from inception in the early 2000s to the present (late 2018).

Specifically, the presentation will be about three key points:

Ways of Warfare I

What is a way of warfare:

Way of War addresses the twin issues of how and why a state or non-state actor fights the way it does. It incorporates within it the notions of war preparation & military effectiveness.

A concept that emerged in the discipline of Military History. Not very well articulated conceptually by military historians. They just described Strategic Studies within Political Science took it up but often confused it with Strategic Culture Most studies of ways of warfare focus on the ways of warfare of empires or countries Few studies on ways of warfare of non-state actors.

This should change. Ample data on FARC, Hezbollah, LTTE, Taliban, and ISLAMIC STATE.

Factors accounting for emergence of ways of warfare:

Many factors account for the adoption & evolution of a way of warfare; usually divided into structure and agency:

Human Environment: the demographic base and human terrain mapping

Nature, strengths & vulnerabilities of the enemy

How does the weak fight and beat the strong : the weak side’s ‘theory of victory:’

‘Two steps forward, one step back’ before victory is reached. Islamic State is a learning organization and its military thought & practice is eclectic:

it borrows from all

it learns from its own mistakes and from those of others

It evolved from a network into a functionally specialized organization

It goes up and down the spectrum of violence: from terrorism to guerrilla to conventional depending on operational environment and its strengths and weaknesses versus those of the opposing side.

Islamic State From Network to Organization: Emergence and Defeat, 2003-2010

IS predecessors were adept at:

IEDs: by side of roads

Infiltrating “foreign fighters” (but how effective were FFs?)

IS predecessors were inept at:

Securing the ‘Physical Terrain’: how valid were their complaints about unsuitability of Iraq as ‘guerrilla warfare/insurgency terrain?

Low to Mediocre at the operational and tactics, techniques and procedures (TTPs) levels. Successful at the strategic & grand strategic in posing considerable obstacle to U.S. goals & Iraqi stability.

Learning & Adaptation: Acquisition of Skills from former Baathist personnel, learning from past mistakes, war in Syria, and foreign fighters with military experience.

Armor Usage: mobile artillery for offensive breaching ops and for defense, no evidence of effective use beyond tank platoon level (4-6 tanks at a time).

IS was building artillery unit to use for offensive purposes like SVBIEDS to provide firepower to overcome defenses prior to assault.

IS captured U.S. M198 howitzers and Russian D30 light howitzers. Towed artillery often could not keep up with mobile IS assault units.

Up-armored SVBIEDs: vehicles ranging from civilian sedans to trucks and larger fitted with improvised armor plating. Used in conventional warfare situations between 2013 and present in the offensive to ‘soften’ up fortified positions (Ramadi) or in the defense (Mosul) to ambush or break up enemy formations.

multi-propeller for guiding suicide vehicles and dropping bombs. Ability to hover over tgt a plus.

Back Down the Spectrum of Violence

The defeat of IS, the pseudo-state (caliphate) and the loss of over 90% of its territory, including its major cities loss of a considerable number of its high quality personnel and military equipment has logically eliminated its capabilities to wage warfare at the higher end of the hybrid spectrum.

Following its defeat IS has reverted to terrorism and guerrilla warfare.

IS’s return to terrorism and guerrilla warfare in 2017 and 2018 was neither unexpected nor a novelty for them as they did face the same issue of how to respond to defeat the first time in 2008-2010.

IS Threat in Asia I

The ISIS/IS threat is spreading beyond Southwest Asia aka the Middle East into wider Asia:

Central Asia: unstable and weak states with authoritarian governments and ill-equipped militaries and police. Splits within the Taliban in Afghanistan between pro-IS and pro-AQ elements.

South Asia: India vs. Pakistan, IS vs. AQ

The number of Southeast Asian Jihadists in Syria-Iraq wars:

50-90 Malaysians/500-800 Indonesians, 80 Australians, 5 Singaporean, 100-200 Filipinos. These figures must be viewed with caution because there is simply no accurate data maintained by states concerning exit by would-be jihadists to go to Syria and Iraq.

IS Threat in Asia II

The Threat of the Returnees: Returnees could take one of four paths to violent action:

a) ‘Lone Wolf,’: still largely a ‘Western’ phenomenon as indicated by location & societal characteristics of activity. Does not mean it might not become a phenomenon in SEA. A lone wolf can cause serious damage, psychological shock, and inter-communal rifts. Difficult to uncover.

b) Networked cells of like-minded and experienced militant veterans of the Syria-Iraq Wars: ‘Charlie Hebdo’ model.

d) Set up IS affiliates or branches in SEA

IS Threat in Asia III

strong adherence to caliphate ideology and to ‘end of days’ millenarian thought, large swathes of poorly or under-governed spaces in which militants can recruit, train and organize, lack of whole of government approach to the problem,

lessons can be learned from the failures of Jemaah Islamiyyah, Muslim versus non-Muslim violence, Sunni Muslim victimization of Shia Muslims: ‘importation of MENA internecine warfare.

Focus of Special Branch: Alleged sympathizers within security forces and role of families especially women Malaysia societal resilience can be adversely affected by increase in jihadist phenomenon: 48% of population under 24, 47% of population is non-Malay, 40% of the non-Malay

IS Threat in Asia IV

inroads into the Muslim population in the south if peace plan between mainstream Moro political groups and Manila fail?

Increase in Muslim versus non-Muslim violence.

Singapore is a well-surveilled society,

Robust CT across the board,

Fear of fragmentation of society: societal and inter-communal resilience could be affected by attacks.

IS is not over by any stretch of the imagination

IS believes it can come back BUT IN THE MEANTIME conduct ‘war of the flea:”

We believe that the next conquest [of territory] will be many-fold greater than in the past [i.e. 2014], while the people of infidelity will be more humiliated and less capable … Oh soldiers of the caliphate, know that each bullet you shoot or an operation you carry out anywhere is a building block in the State of Islam. So do not underestimate your work or [the value] of any battle, Al Naba, November 27, 2018.

The terrorist and insurgency streams are currently paramount

It is a transnational terrorist organization that will continue to seek to strike its overseas enemies by means of terror assaults to show that it is still meaningful. Running Sneakers | New Balance 327 Moonbeam , Where To Buy , WS327KB , Air Jordan 1 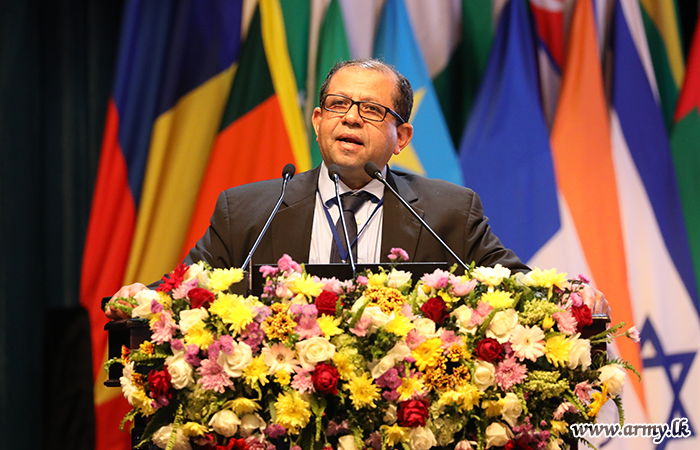