The Army, broadening its horizons in the field of sports further is to showcase its badminton skills in a mammoth Championship tournament, ‘Defenders’ Open Badminton Championship - 2019’, scheduled to be held for the first time during 2 - 8 April, 2019 at Panagoda Indoor Stadium inside the Army Cantonment, organized by the Army Badminton Committee.

The inaugural Media briefing, held this morning (7) at the Sri Lanka Electrical and Mechanical Engineers (SLEME) Officers’ Mess at Colombo 2 to announce the conduct of this novel tournament under the supervision of the Sri Lanka National Badminton Association was presided by none other than the trailblazer behind the conceptual notion, Lieutenant General Mahesh Senanayake, Commander of the Army.

“By identifying budding badminton players or those entering as novices or sportsmen, the Army expects to award opportunities for them to undergo further training in stadiums available in island-wide Army formations and stimulate them to build their capacity. This could also be implemented as offer of scholarships, if necessary giving a moral boost to them since the Army possesses required facilities in our indoor stadiums,” the Commander said.

“Sri Lanka Army as Defenders of the Nation (Rata Rakina Jathiya) took the initiative in this promotional operation of sports, like any other national tasks because such contribution of the Army to all national needs has already produced dividends. More than 350 national level sportsmen and women for 33 events, for example, have so far been produced by Army pools and that coincides with the Army’s ongoing ‘Healthy Army - Healthy Nation’ concept intending to groom a healthy nation. It is the Sri Lanka Army which is capable of holding a qualitative tournament of high standards and conduct of the scheduled ‘Defenders’ Open Badminton Championship - 2019’ which is also a step taken in that direction. I must also thank the Sri Lanka National Badminton Association for their unstinted support. Through such attempts we will also be able to support the schools in the country, in my capacity as the Chairman in the selection committee,” the Commander declared.

Badminton players in the Army Badminton Pool during the past couple of years competing in various badminton tournaments, held across the country shone well and brought laurels to the organization, particularly after the Panagoda Indoor Stadium became equipped with most modern training facilities to suit international standards and received a complete facelift on an initiative, taken by the Commander of the Army a few months back.

‘Defenders’ Open Badminton Tournament’ open to all age categories of both male and female events under the Level-I is to be conducted under three categories (young, senior, open) and consists of 37 events. It would end up with the finals on 8 April 2019 at 4.30 p.m. Issue of applications for entry begins shortly, the gathering was told.

The award ceremony, headed by Lieutenant General Mahesh Senanayake, Commander of the Army as the Chief Guest takes place on the same day. A live telecast is also scheduled for the finals, the Media briefing was told.

Brigadier Duminda Gamage, Chairman, Sri Lanka Army Badminton Committee in his opening remarks asserted that the first ever ‘Defenders’ Open Badminton Championship - 2019’ of international standards would serve a catalyst to potential players in future since all participants and winners are awarded certificates and awards.

Following directions given by Lieutenant General Mahesh Senanayake, Commander of the Army, the organizational capacity and the infrastructure facilities of the Army would be used to modernize Badminton courts inside island-wide Army formations in order to improve skills of Army sportsmen, trainers and referees who can afterwards assist national and school level sportsmen in many ways. The Army has already taken the lead in introducing badminton to remote areas in the country as the pioneer in doing so for popularization of the sport. 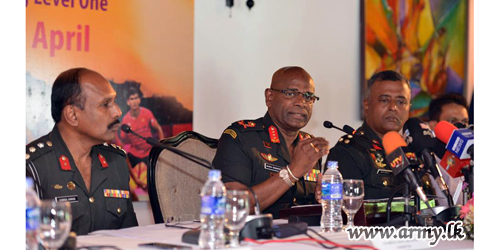 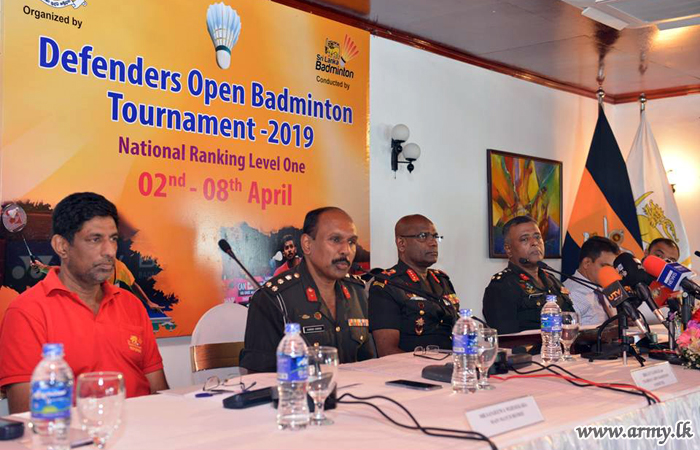 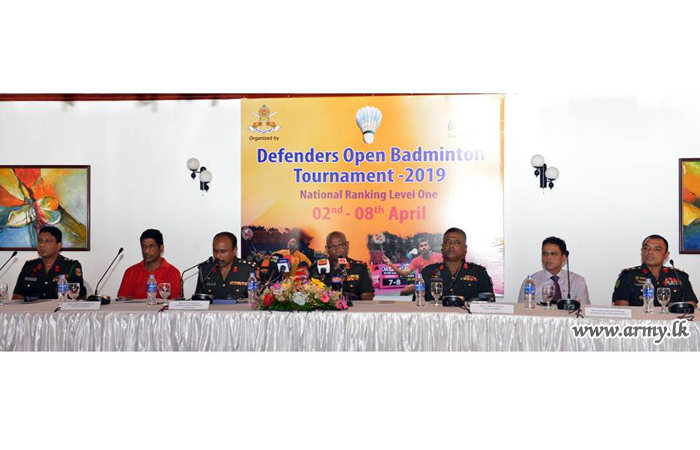 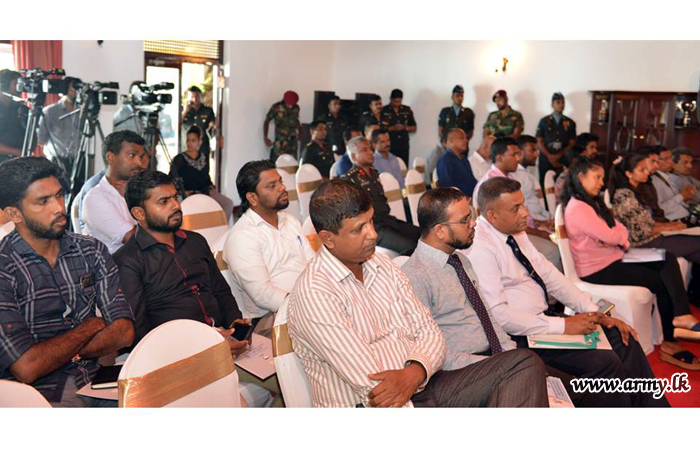 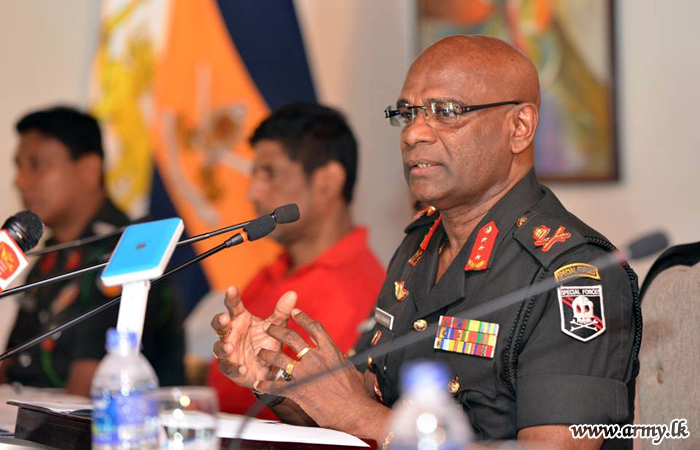 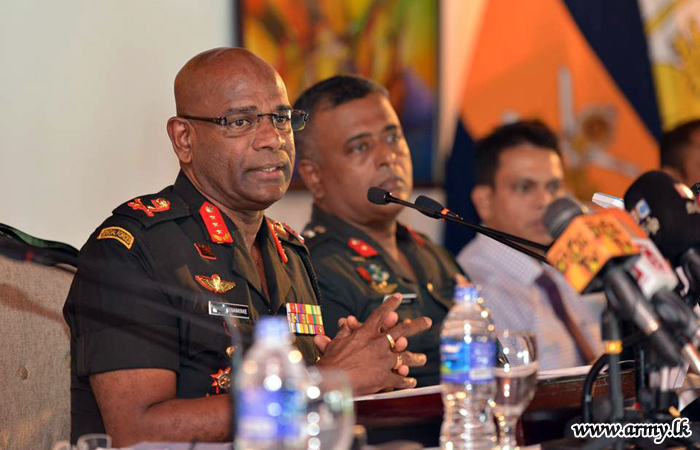 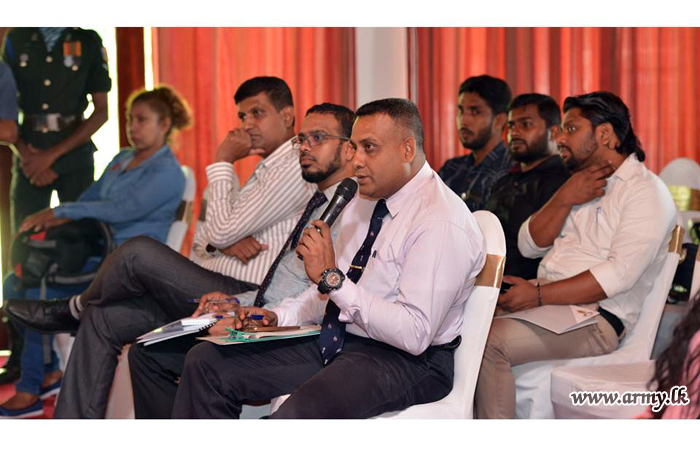 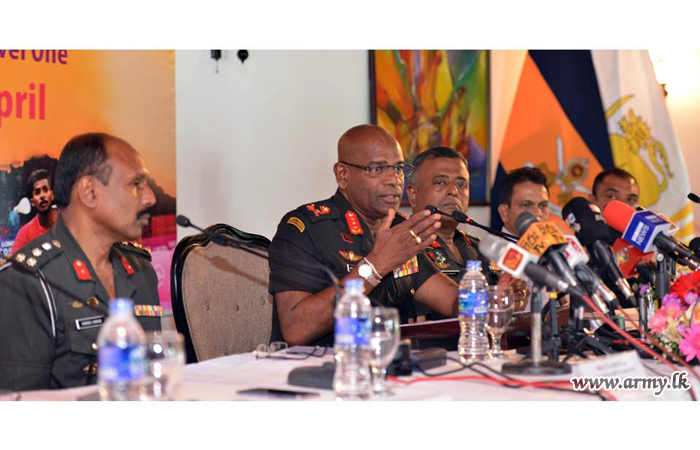 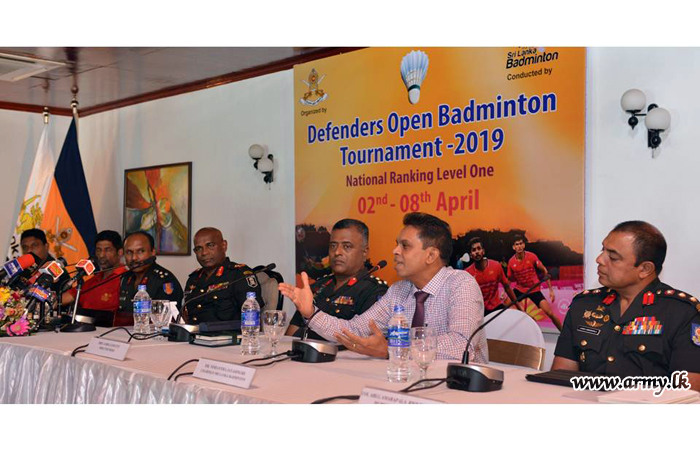