‘Aluth Parlimenthuwa’ TV feature in the ‘Derana’ channel on Thursday (12) evening was told by Lieutenant General Shavendra Silva, Chief of Defence Staff and Commander of the Army that members of the Tri Services are all time prepared to sacrifice all their facilities and other accessories in the fight against spread of the deadly ‘Covid-19’ virus in Sri Lanka.

The Army Chief reminded that for an Army which had sacrificed so much even while sleeping under trees, stones and shady places in jungles would not mind facing the worst when the Nation is threatened with a national emergency.

“2000 beds, 4000 mattresses, 4000 pillows, bed sheets that are used by our Army personnel have now been lent to those improvised quarantine centers. We are not an Army which would offer coffee by putting it into half-cut plastic bottles. With our small economy, we would do maximum to give the best of everything to our Sri Lankan inmates taken to quarantine centers for this short period. Although we are now sleeping with a pillow, we are an Army who used to sleep in jungles under trees and stones for days and weeks,” Lieutenant General Silva remarked.

“We will always tell you the truth. You have to confide in us and we have never broken our promises. This is a critical juncture where we have to rise as one family, if not as a united resisting force against this life-threatening pandemic which is a global threat”, the Commander of the Army asserted.

It also touched on Sri Lanka’s preparedness, quarantine process, preventive measures and public awareness on its transmission and spread as well as other related concerns.

Here enclosed is the live video in the ‘Derana’ TV feature. 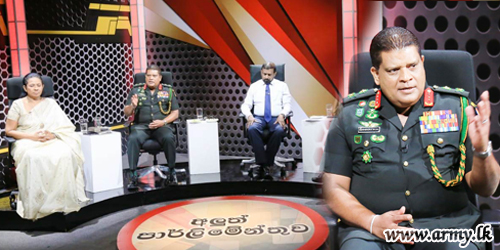 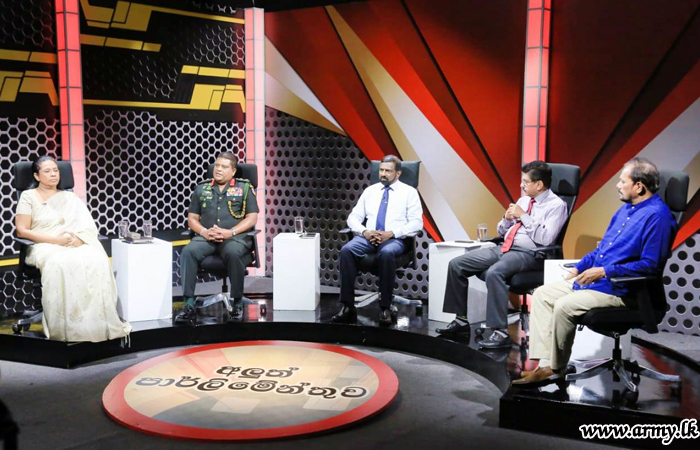 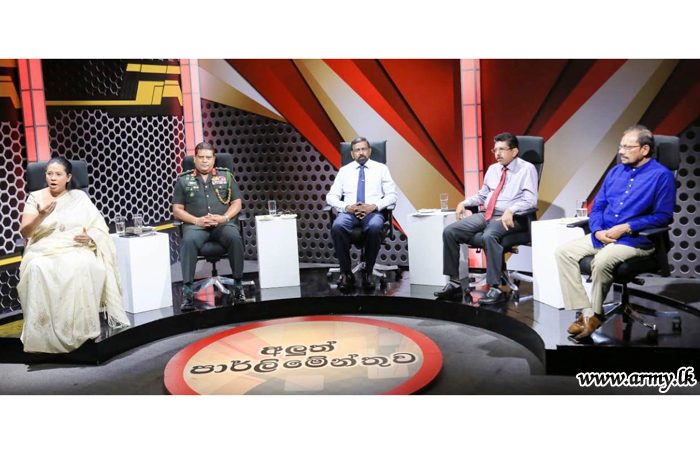 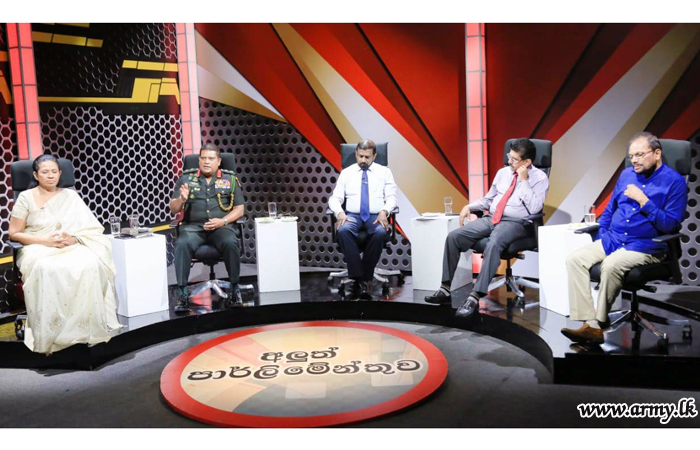 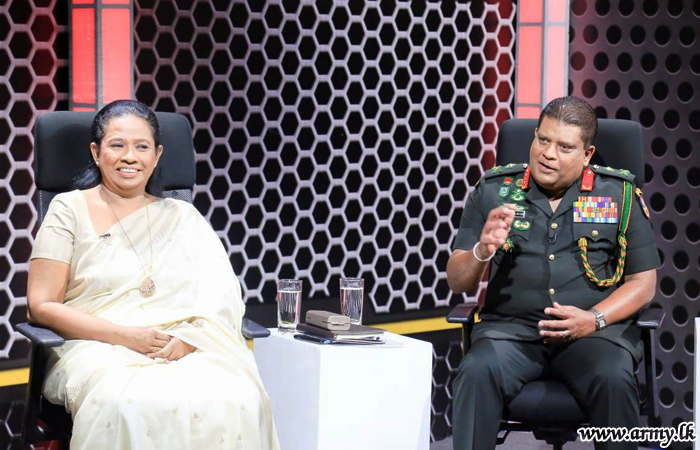 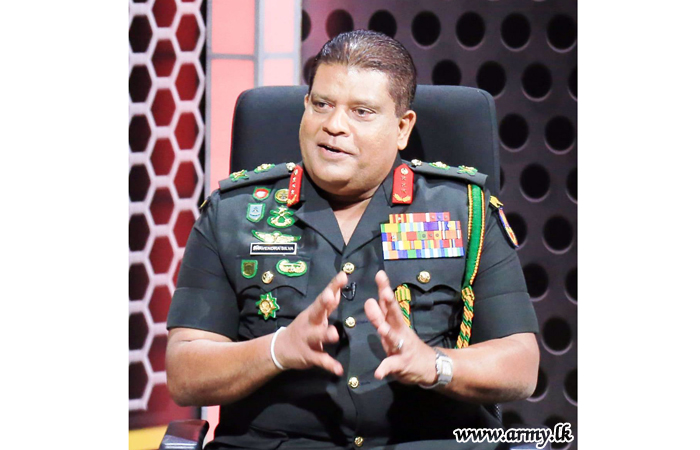 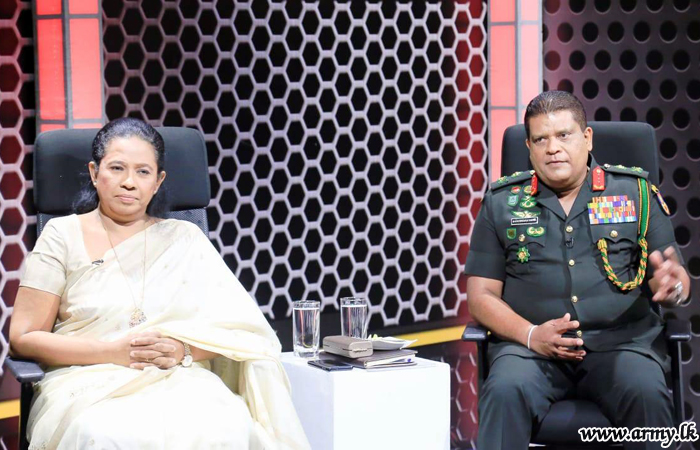 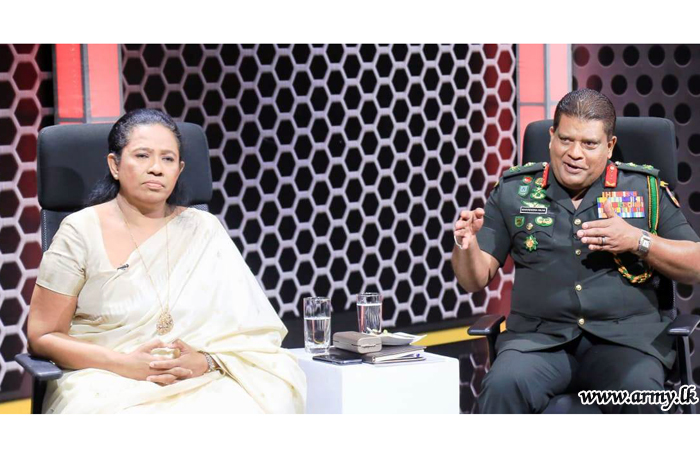 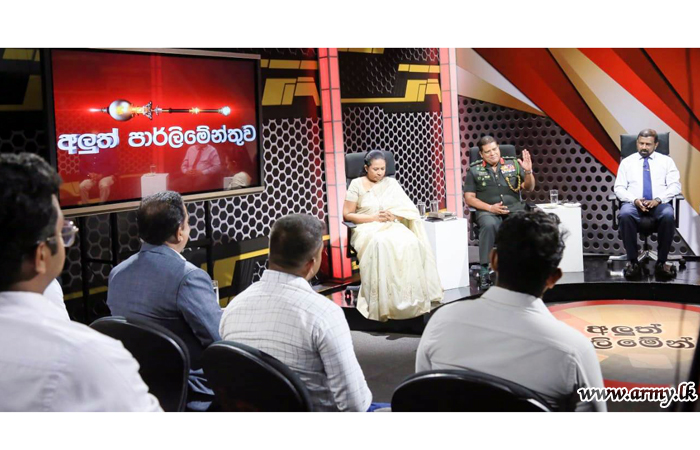