“IS Wants to Operate from Where They Are” Says Visiting Researcher

“What the IS now does is to operate from where they are and they want their sympathizers to operate and resort to spread of their ideology without moving. On the other hand when you closely analyze their behavioural patterns since 2014 onwards, we see that they are turning to be a growing threat in the South Asian region,” so said Mr Niruthan Nilanthan, Visiting Research Fellow at the Bandaranaike Centre for International Studies (BCIS) contributing to the Session 1 Topic 3 on ‘South Asia Security Landscape’ in the ongoing Colombo ‘Defence Seminar - 2019’ at the Colombo BMICH. 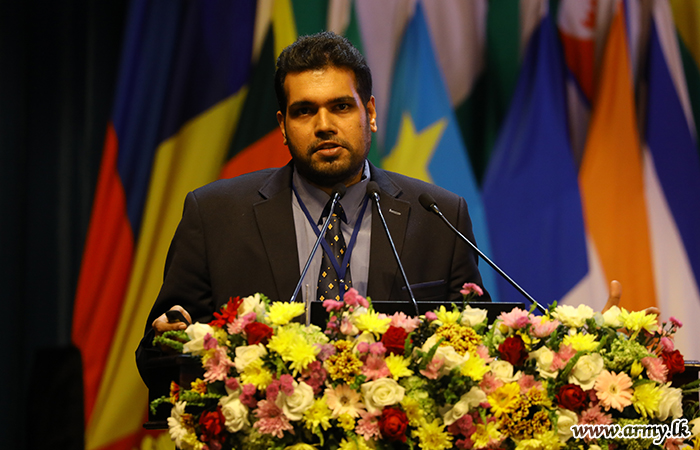