Troops of 1 Corps of Engineer Service (CES) and the Sri Lanka Army Pioneer Corps (SLAPC) under command to the Security Forces-West (SF-West) jointly constructed a new home for a needy family in Gonapola, Horana in collaboration with the MTV/MBC, ‘Sirasa’ Media network through its ‘Sirasa Niwasa’ project on the directions given by Lieutenant General Shavendra Silva, Chief of Defence Staff and Commander of the Army after the project sponsors sought the Army assistance in this regard.

Major General Chula Abeynayake, Commander, Security Forces-West enabled the technically-skilled engineering and other troops to complete the project with funds and resources, made available by the ‘Sirasa Niwasa’ project, engaged in constructing houses for the needy.

Colonel Thushan Ganepola, Project Officer of the SFHQ-West on behalf of the Commander, SF-West graced the auspicious inaugural house-warming as the Chief Guest, together with Mrs Needra Weerasinghe, Head of the MTV and MBC Network representing the ‘Sirasa Niwasa’ programme on Friday (18) September.

After the plight of poverty-stricken Mr K Ruwan Prasannajith’s living condition was brought to the notice, the sponsors in order to mitigate the costs turned to the Commander of the Army in search of Army manpower and their construction skills for erection of this much-needed house.

In accordance with ancient traditions, the day’s Chief Guest and the sponsors at the auspicious minute unveiled a plaque, joined oil-lamp lighting and milk-pot boiling rituals, together with beneficiaries and handed the keys to the new house. 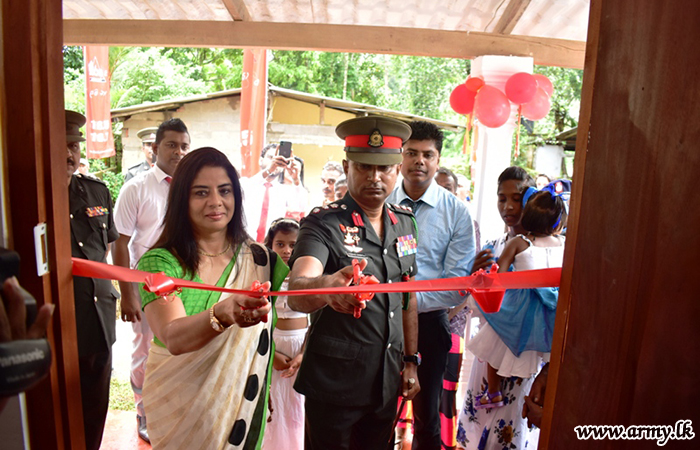 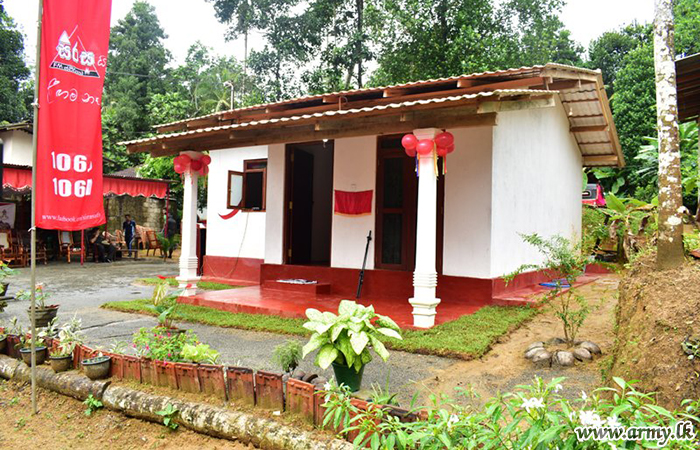 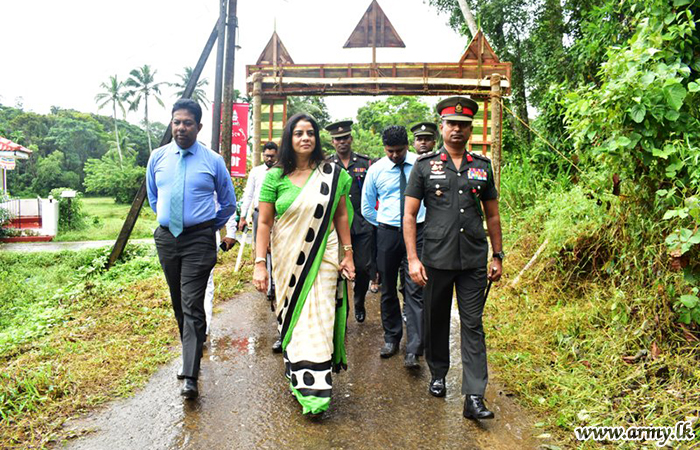 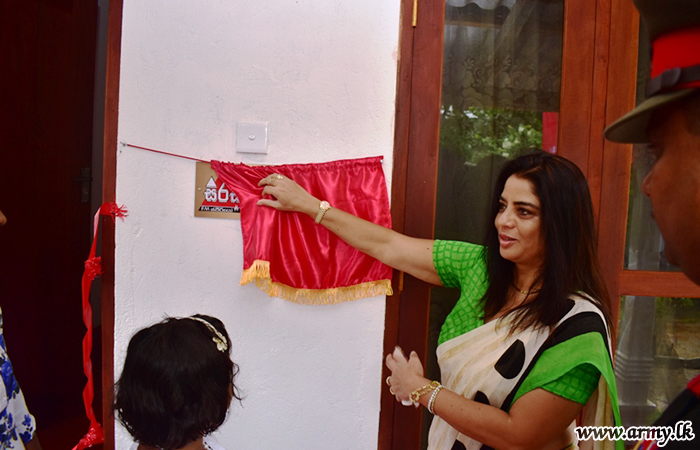 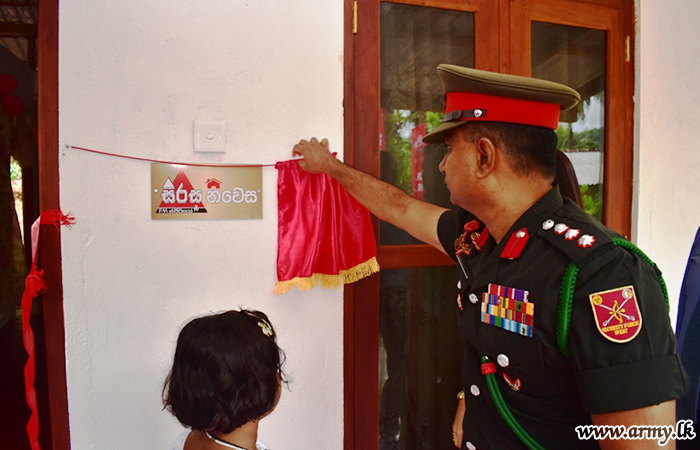 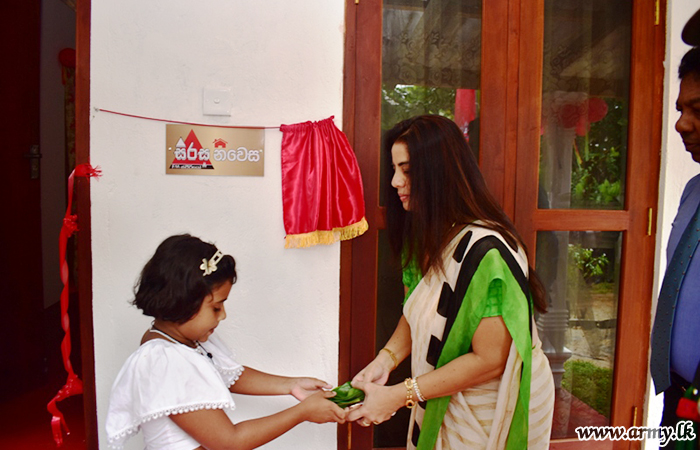 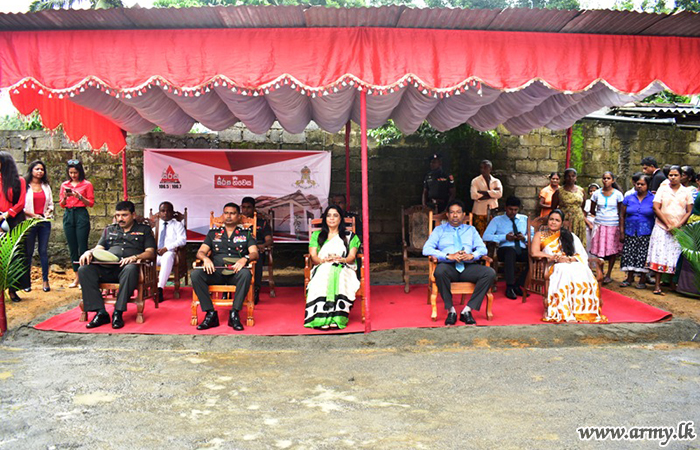 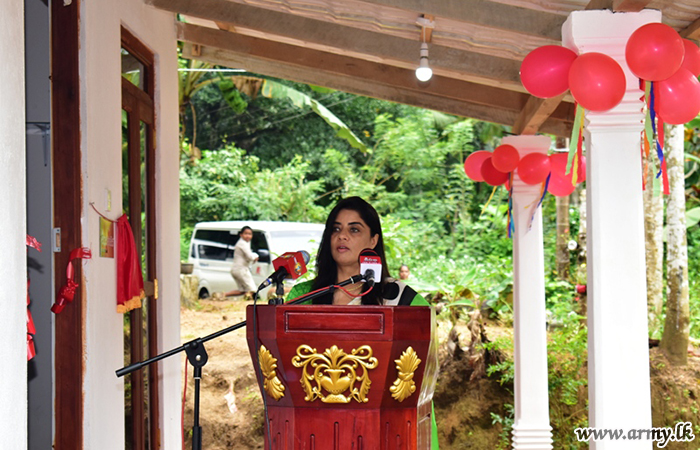 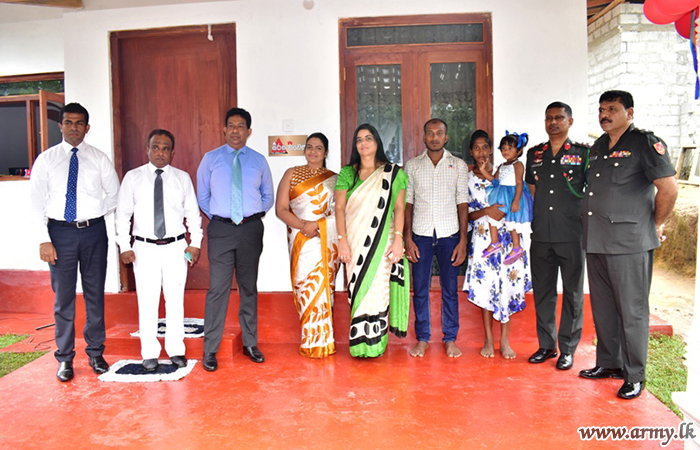