The Army-Civil managed ‘Laya Leisure’ in Kukuleganga, one of the most popular hotels of the ‘Laya’ chain of hotels which has created a niche for itself among those seeking a relaxed holiday, combined with an array of adventures, sports, experience, nature, surroundings, service and many more other peripheral activities this morning (3) expanded its fort by opening its state-of-the art Facility Restaurant and Bar and laying the cornerstone for its proposed administrative and reception complex.

Lieutenant General Shavendra Silva, Chief of Defence Staff and Commander of the Army turned up there as the Chief Guest to be received by Brigadier Chithral Kulathunga, Chief Operations Officer, ‘Laya Hotel’ Management on arrival. Laying of the foundation-stone for the proposed new two-storied front office administration/reception building was the first in the day’s agenda.

At the invitation of Colonel Rohan Weththasinghe, General Manager, Lieutenant General Shavendra Silva, amid ‘Seth Pirith’ of the Maha Sangha at the auspicious minute laid the corner-stone and signalled the inauguration of the project, accompanied by several officers, including the Deputy Chief of Staff.The cost for the proposed building stands at Rs 13 million, allocated by the 'Laya Leisure' Management. The day’s Chief Guest after a while was invited to add memories to his visit by planting a Mango sapling in the hotel complex premises.

Another important milestone opening in the complex followed next. Unveiling of a plaque and cutting a symbolic ribbon, the day’s Chief Guest then declared the new Restaurant and Bar that matches highest world standards opened. The day’s Chief Guest closely watched inside the new facility and shared a few comments with operational heads on hand. The simple programme culminated with refreshments inside the new Restaurant and Lieutenant General Shavendra Silva did not forget to leave a few complimentary remarks in the visitors’ book before he left the premises.

During his stay, the day’s Chief Guest also expressed his pleasure on the conduct of hospitality training courses for youngsters in cookery, house-keeping, culinary arts, stewardship, sanitary procedures, dining practices, buffet arrangements, etc for locals in the area and also instructed Hotel authorities to ensure all Course attendees receive a ‘Laya’ certificate on completion of those free professional modules.

In the ancient language of Sanskrit, ‘Laya’ means rest or repose and in each of those resorts, ‘Laya Beach’, ‘Laya Safari’, ‘Laya Leisure’ and ‘Laya Waves’, the management has endeavoured to create tangible manifestations of the word in terms of its unique hospitality and culinary expertise.

Speaking to Media personnel in the premises, Lieutenant General Shavendra Silva opined that ‘Laya Leisure’ with its new expansion and popularity would be able to provide more and more employment opportunities to local civilians in the area in future, thereby providing a helping hand to their livelihoods. Similarly, like how the Hotel does as of now, more and more local products from nearby areas could be introduced, giving guests an indigenous flavour. Answering another question, the Army Chief said that tri forces would now be ready for any flood or inclement weather emergencies as the rains have set in. He also briefed them on the status quo of COVID-19 and underlined the need for all of us to continue our health practices since the increase of more and more infected is now reported among expatriates arriving here. 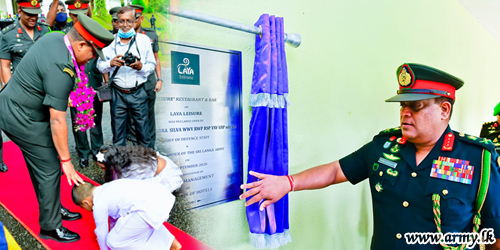 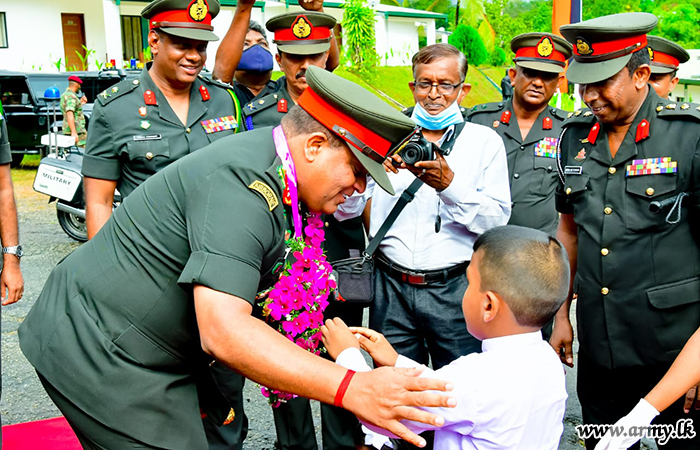 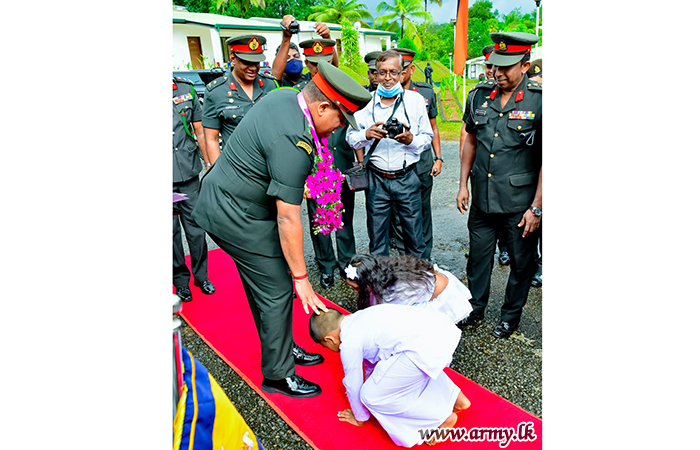 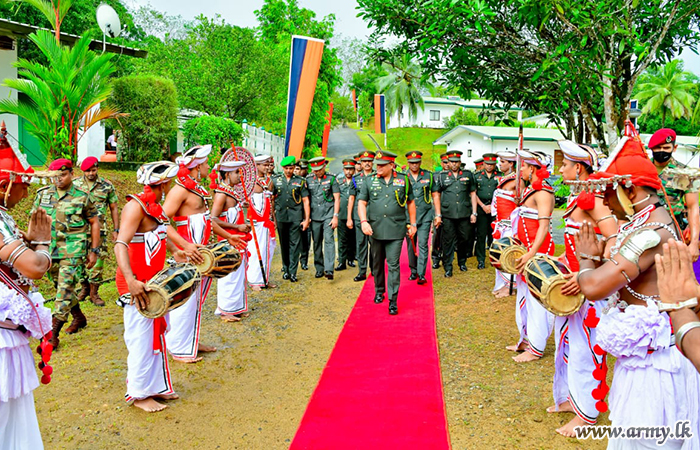 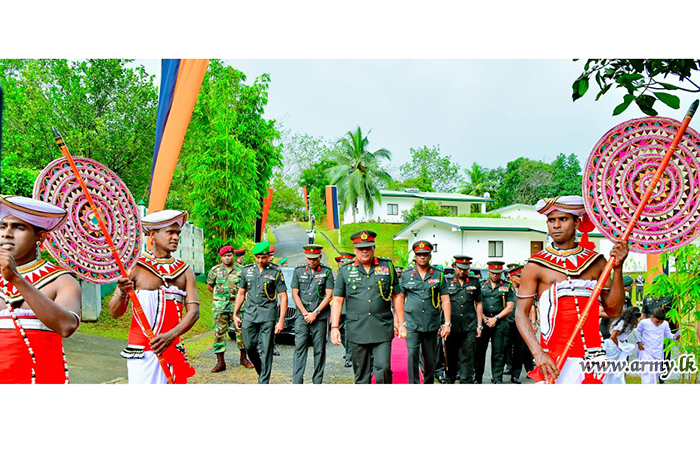 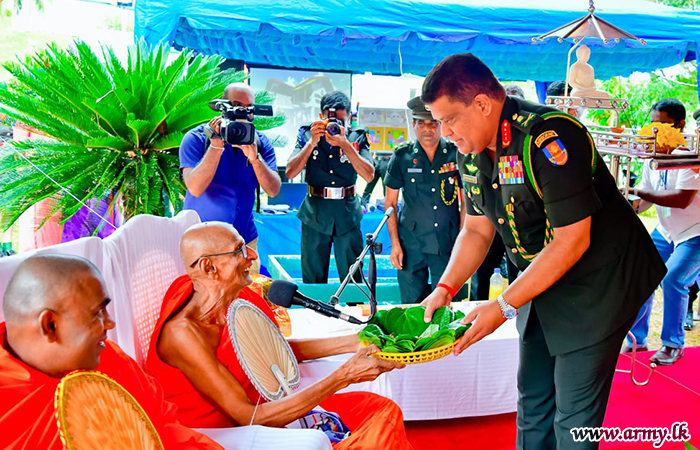 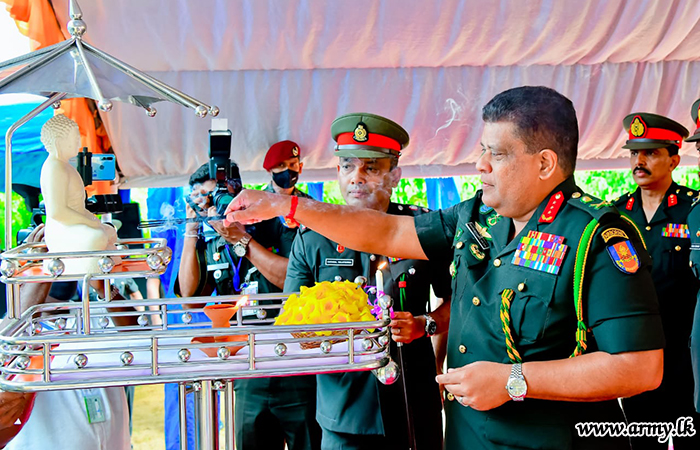 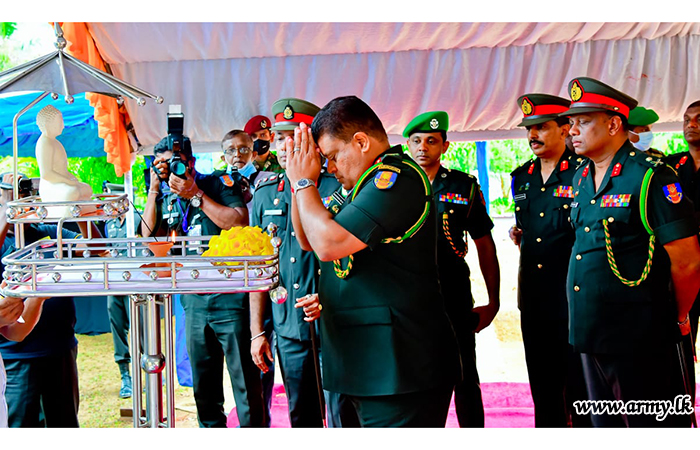 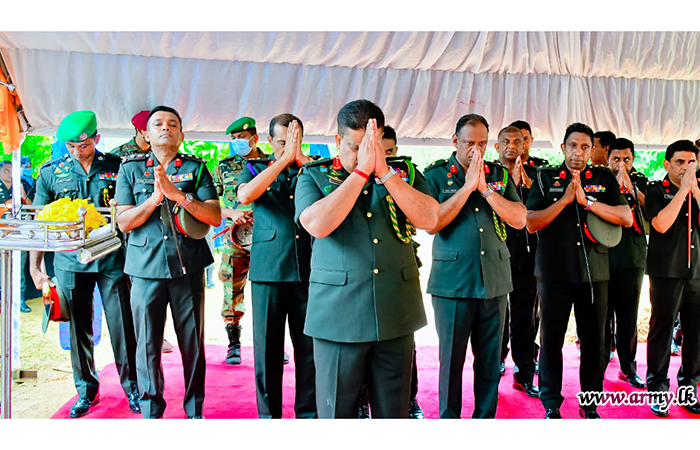 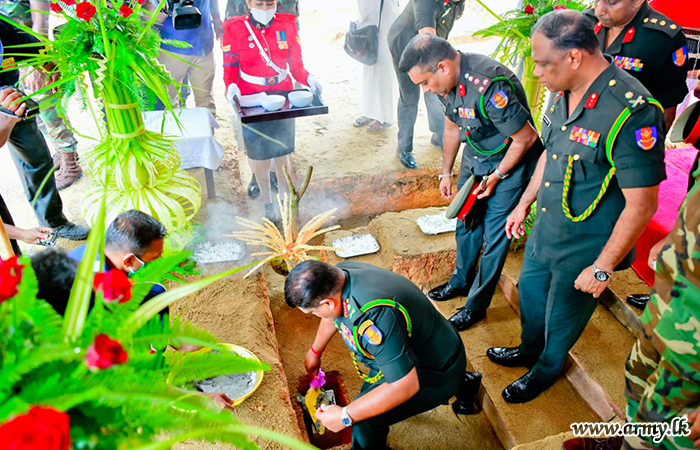 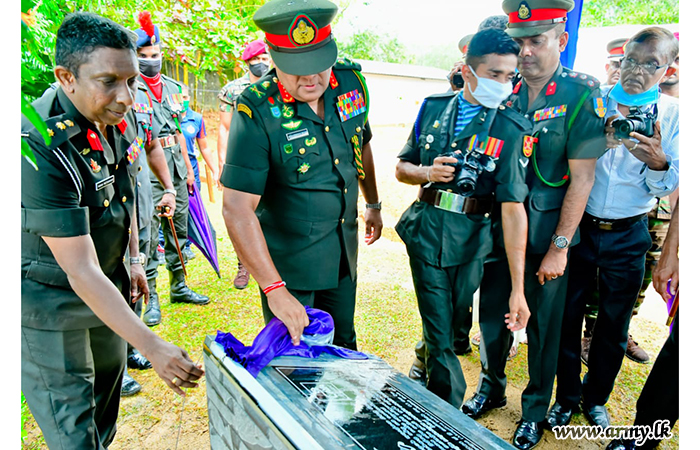 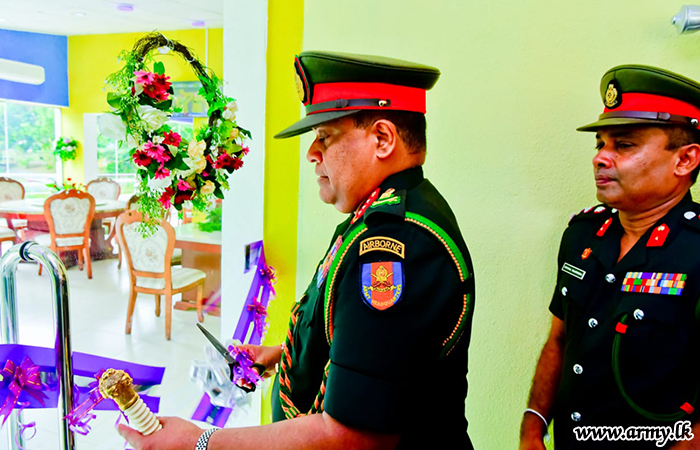 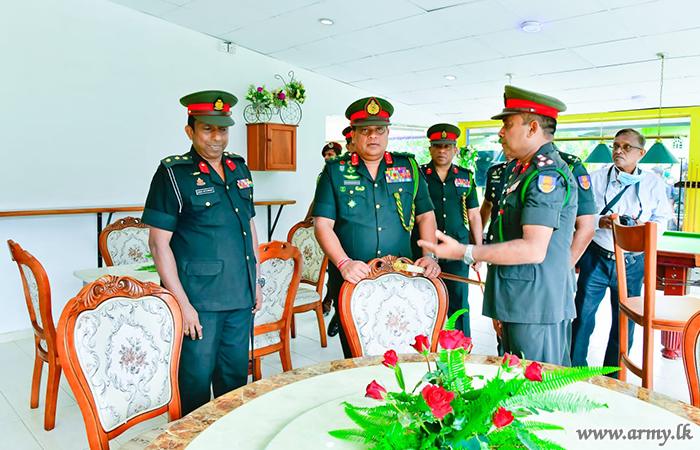 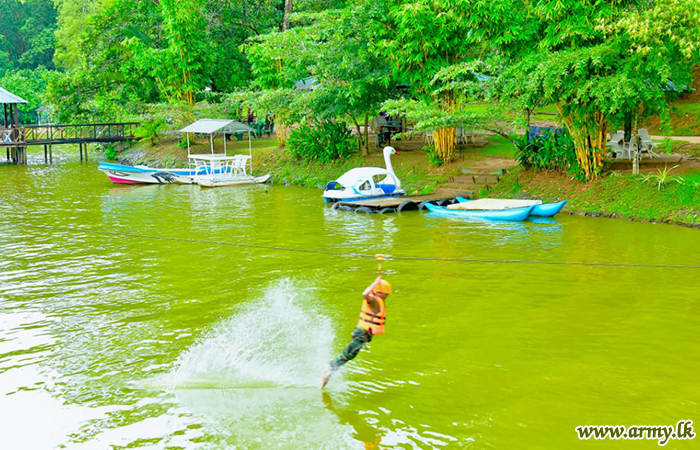 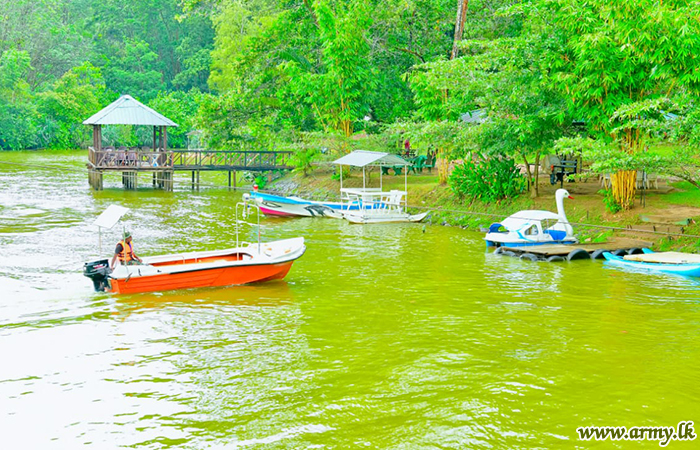 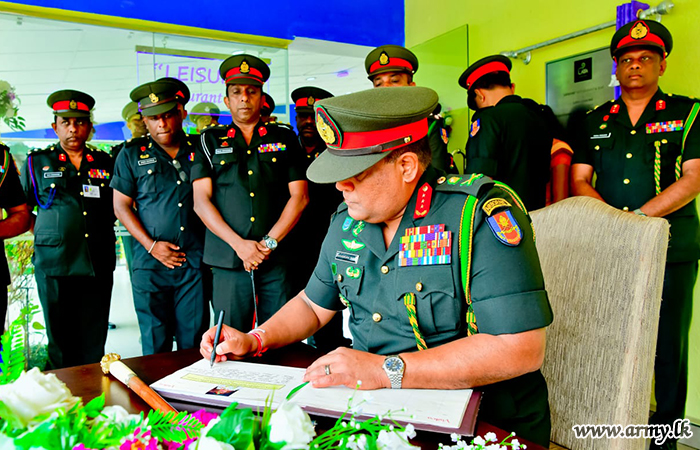 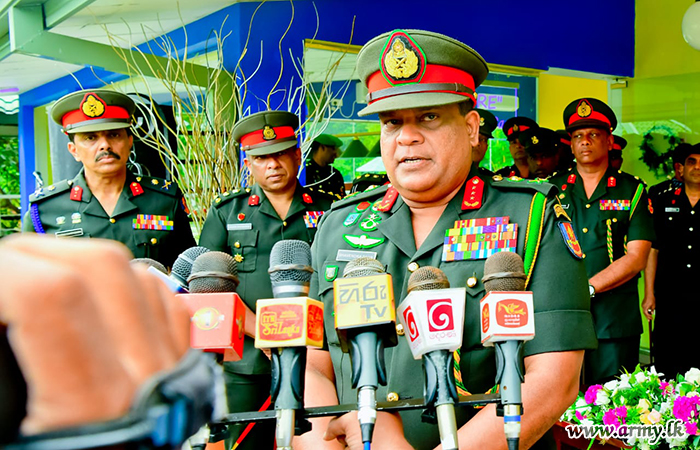 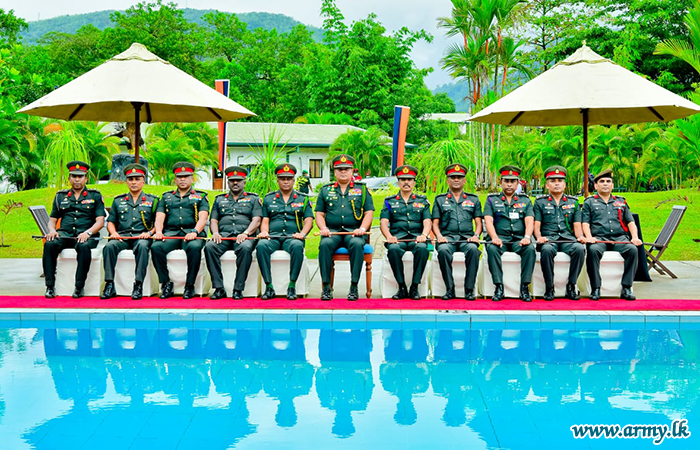 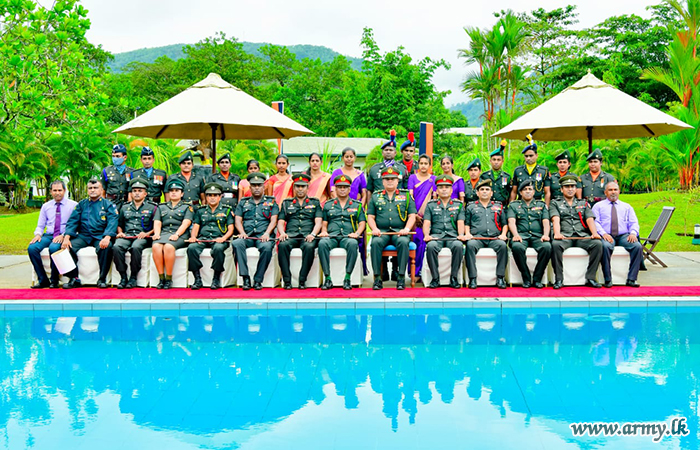 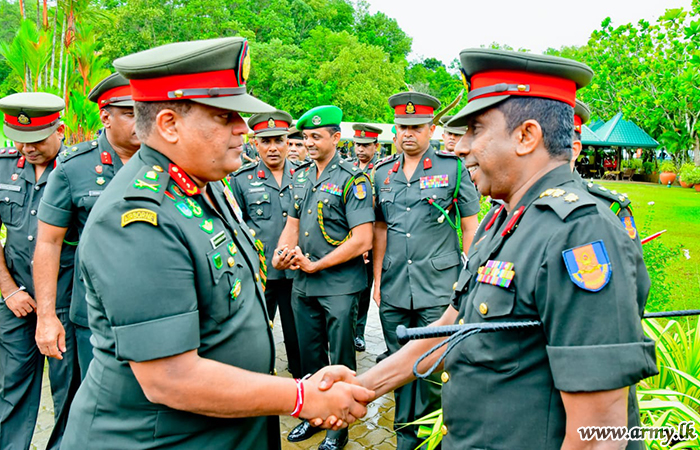