The Gajaba Regiment (GR) - produced first Commander of the Army Lieutenant General Shavendra Silva on Saturday (31) was received in a red carpet welcome and a glittering military ceremony when he made his formal maiden visit to the GR Regimental Headquarters at Saliyapura upon assumption of office as the 23rd Commander of the Army.

The presence of a large galaxy of GR war veterans, next of kin of fallen War Heroes, Senior Officers, spouses, invitees and other ranks for the day’s milestone ceremony dignified the significance, all of them were adding to the family of ‘Keterians’ who have made selfless sacrifices for defence of the Nation for over three decades as one of the best and most leading infantry arms in the contemporary Army, one can truly be proud.

The historic and momentous event filled with radiance got to a start seconds after Lieutenant General Shavendra Silva arrived at the main entrance to the GR Headquarters, to be warmly received by the Deputy Centre Commandant at GR Headquarters, Lieutenant Colonel B Fernando who subsequently invited Lieutenant General Shavendra Silva who is also the Colonel of the Regiment, GR, to review the Guard Turnout, presented in his honour as a formality.

The next moment was solemn and served a gesture of gratitude as the Commander of the Army made a bee-line to the replica of the founding father of the GR, late Major General Vijaya Wimalaratne in the premises and bowed with a deep sense of reverence after placing a floral wreath. The symbolic remembrance, needless to reiterate, would have brought back lots of olden day memories for the Commander in the battlefield as well as the Commander’s close intimacy with this pioneering personage.

Fluttering GR flags and the eye-catching surrounding, adorned with festive garbs, then set the stage for the climax of the day’s spectacle, presentation of the Guard of Honour to the Keterians’ first Commander of the Army. He was formally invited to review the parade by the Parade Commander. As melodies of patriotic sentiments rent the air, Lieutenant General Shavendra Silva after inspection took the salute from the special dais.

The next moment as the day’s itinerary was turning more memorable, facilitated the new Commander of the Army to speak out his mind in the formal troop address, in which he paid a glowing tribute to his parents, mentors, pioneering fathers of the GR, veterans, all fallen GR War Heroes and touchingly saluted the dedication and commitment of all Keterians who sweated selflessly to elevate the GR to be one of the best and prestigious infantry arms, mustering admiration and respect of all Sri Lankans. He also called upon all to provide him with necessary guidance for discharge of his duties as the Commander and vowed to do his maximum for the benefit of the country, the Army and all Sri Lankans.

The day’s landmark event at the GR Headquarters added more memories afterwards as the visiting Commander of the Army was invited to plant an ironwood (Naa) sapling in the compound and pose for group photos, at first with all GR veterans present, and then with Officers and Sergeant Majors. During refreshments, the Commander freely mingled with All Ranks and took time off to speak to some of them while sharing a few thoughts.

Towards the end of the day’s splendid itinerary, Major General Nirmal Dharmaratne, Chief of Staff of the Chief of Defence Staff Office offering a special memento to the GR’s first Commander of the Army immortalized the occasion amid roars of applause.

He also inked a few of his thoughts in the GR Visitors' Book during refreshments. 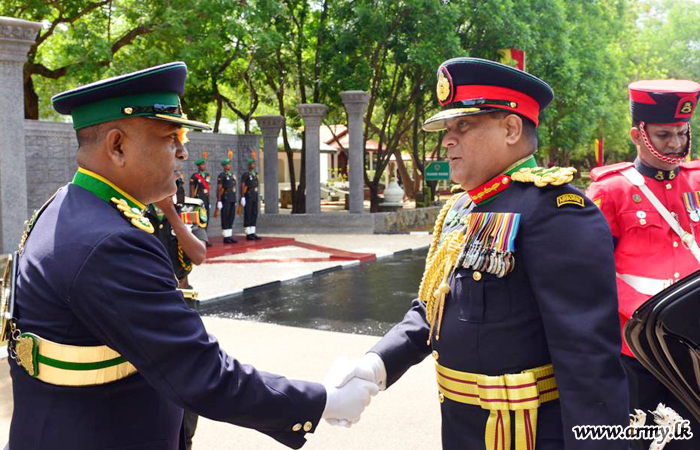 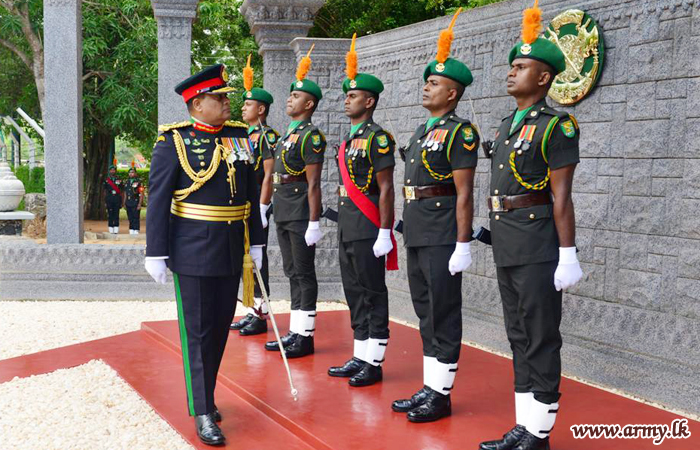 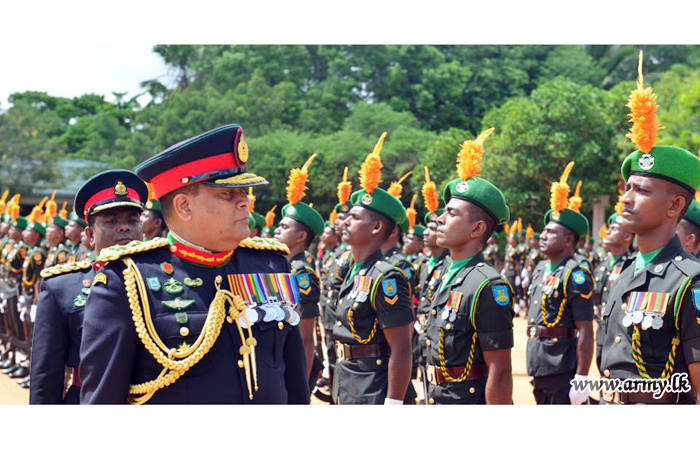 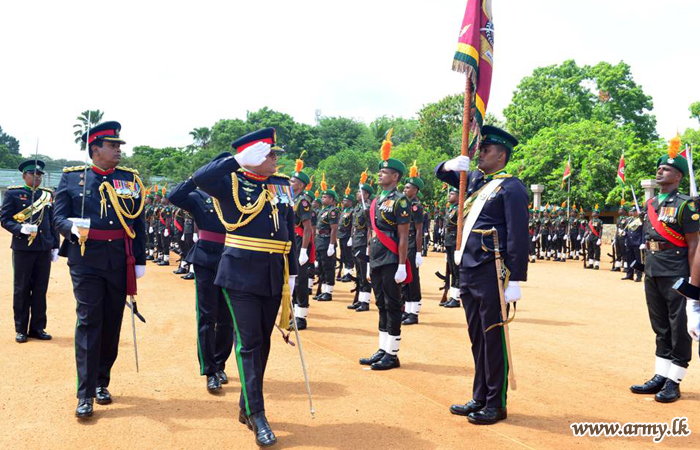 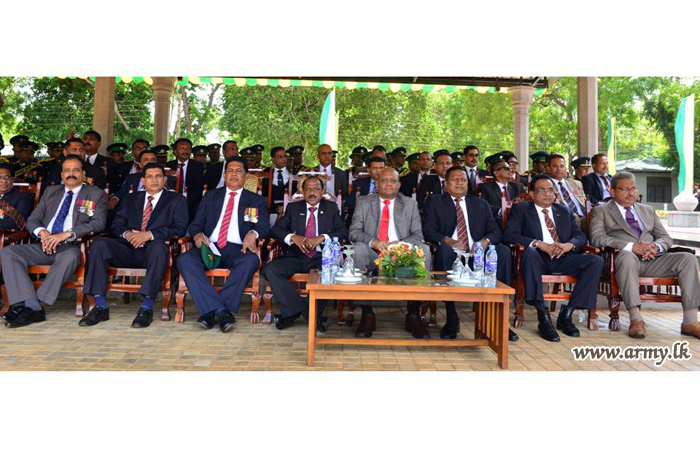 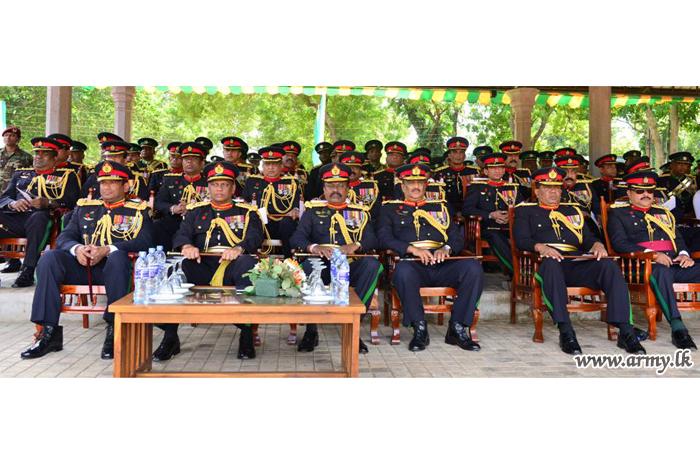 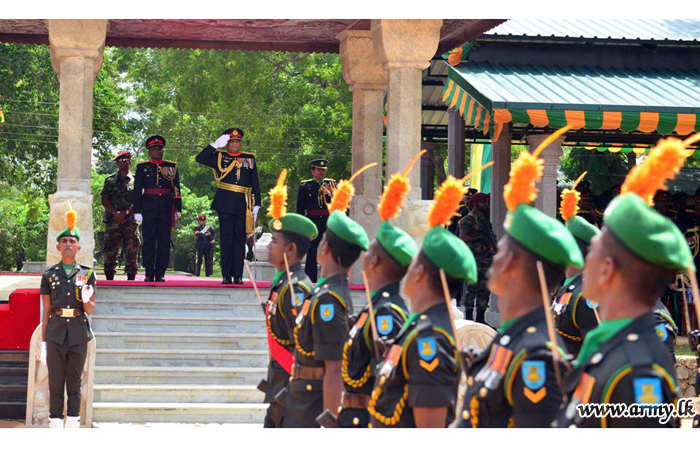 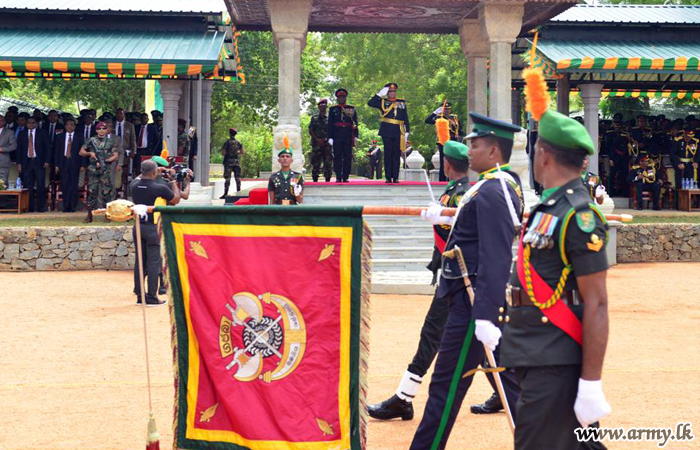 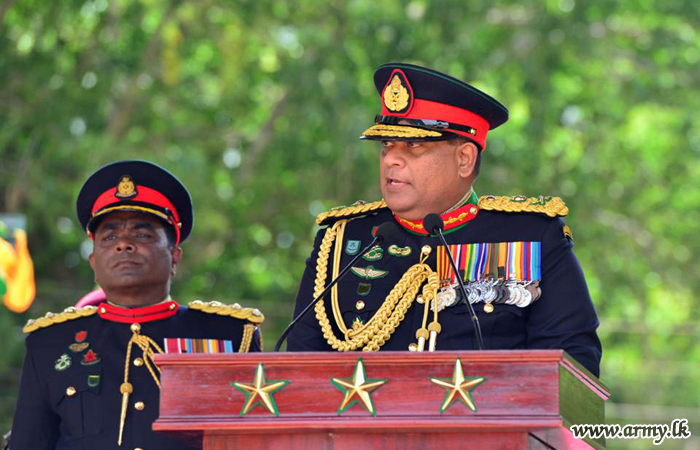 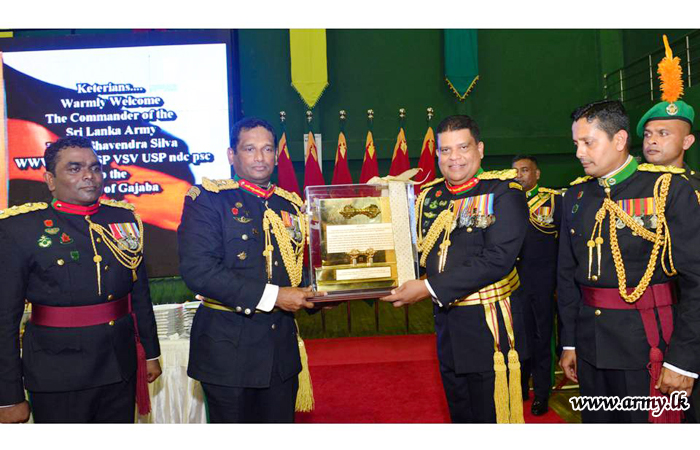 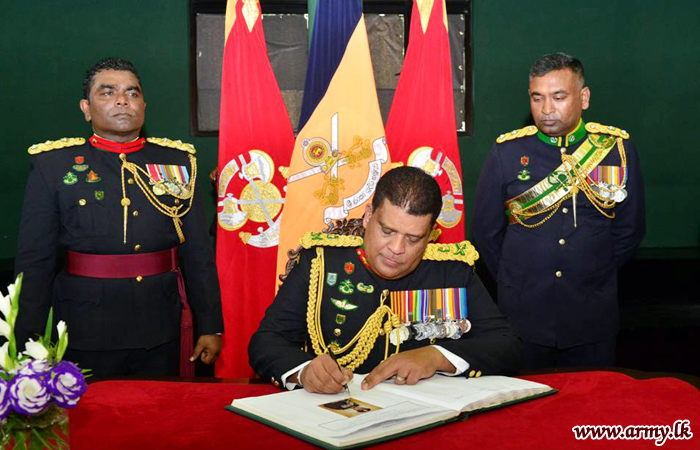