The philanthropist, Mr Malin Rajapaksha, based in Australia who was keenly waiting for an opportunity to lend a helping hand to destitute families, provided financial assistance to construct these houses, undertaken by 7 (V) Sri Lanka Armoured Corps and 5 Sri Lanka National Guard troops under the 212 Brigade, commanded by Brigadier Anil Peiris who also closely coordinated and supervised the project under the guidance of the General Officer Commanding - 21 Division.

Keys to these newly-constructed houses were delivered by Major General Dhammika Jayasinghe, Commander Security Forces - Wanni to the beneficiaries Mr. P Chandrasekara and Mr S.P Lionel Senevirathne. The beneficiary, Mr P Chandrasekara living in Samadigama, Sippikulama, Mihinthale was leading a hand-to mouth life with his ailing wife and four children due to economic constraints for a long time without a proper shelter above them. The other recipient, Mr S.P Lionel Senevirathne living in Thuppitiyawa, Thanthirimale was also undergoing hardships and living with his wife and four children due to economic constraints when their plights were brought to the notice of the troops.

At the same occasion, a few gift parcels, containing essential domestic accessories were also gifted to both families, organized by the troops. 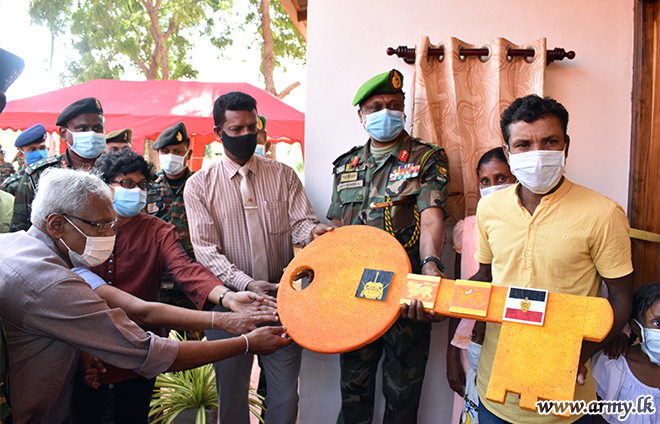 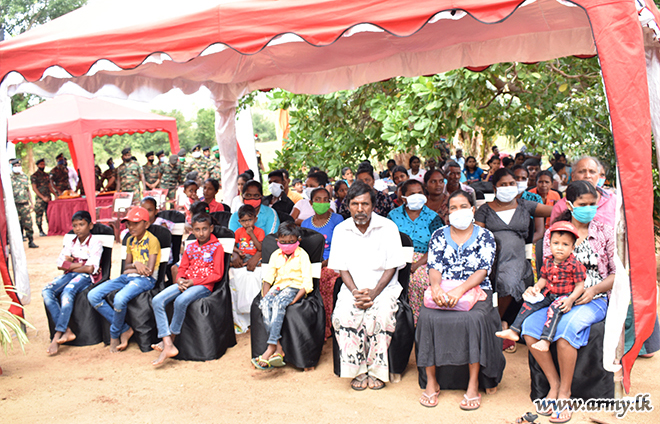 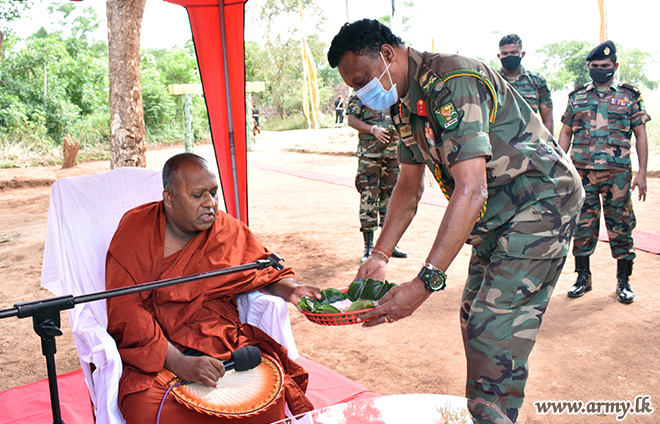 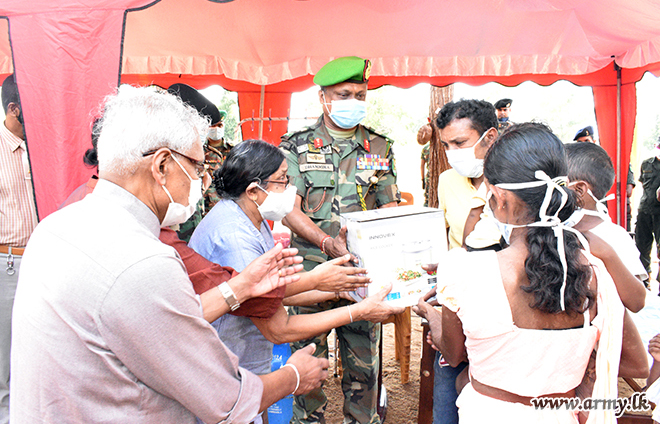 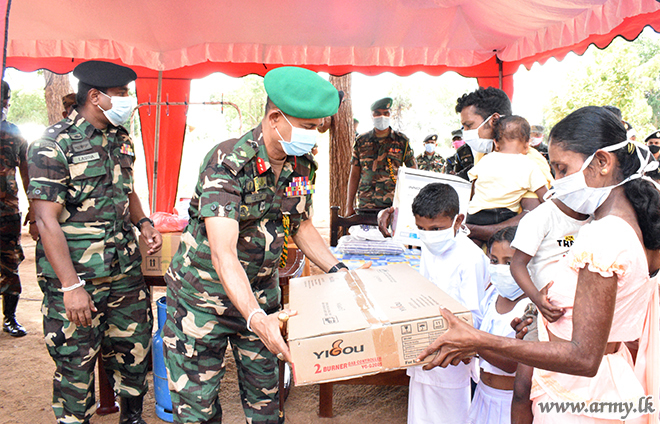 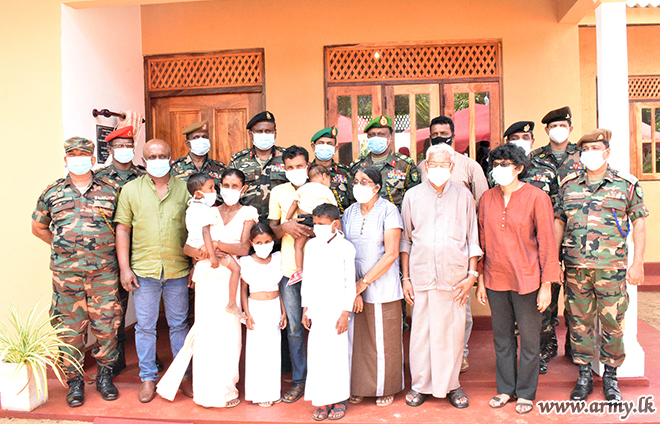 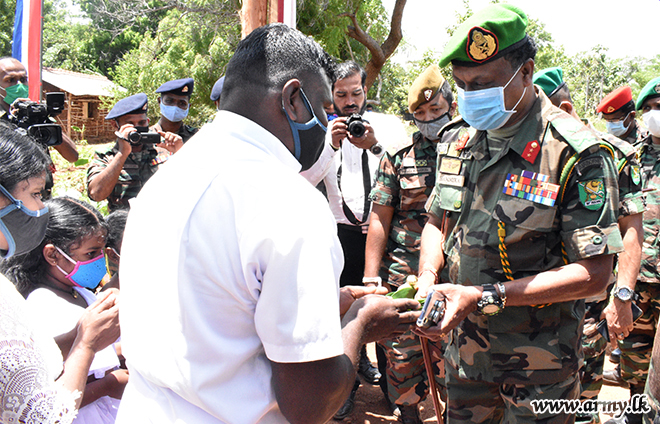 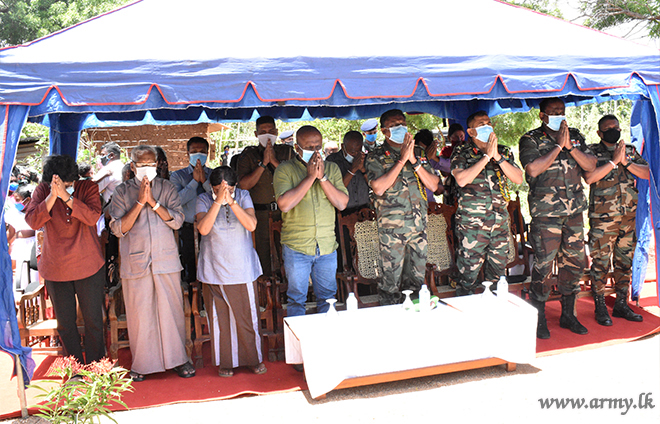 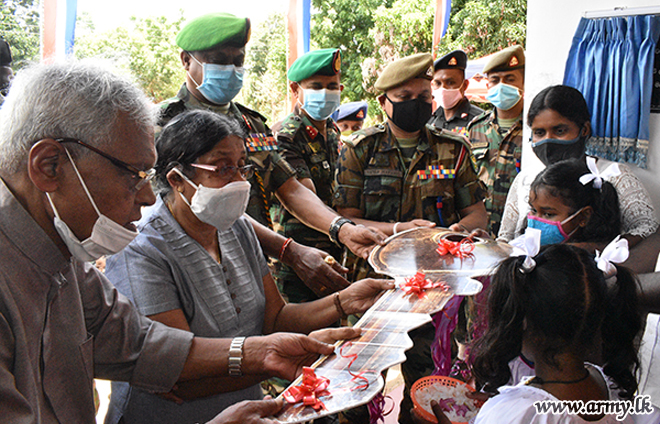 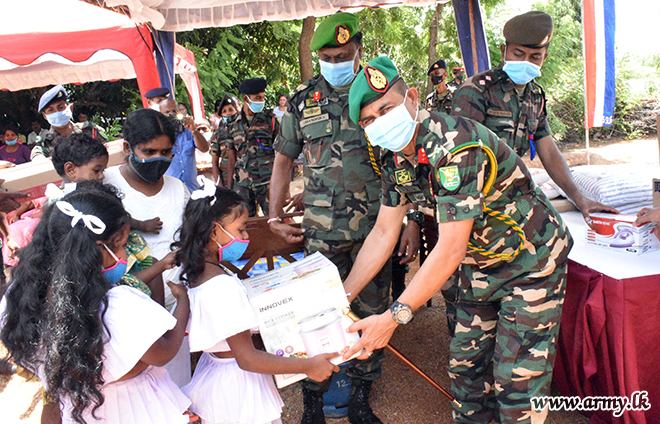