During the discussions that followed, the US delegation wanted to learn how the career development of the NCOs of the Sri Lanka Army is pursued and training programmes are applied to them with special focus on operations, security perspectives and the progress of enlisted developments. They also drawing parallels between the US Army and the Sri Lanka Army, exchanged views on different modules and their application.

The meeting, organized at the request of the Ministry of Foreign Affairs and the Ministry of Defence also touched upon possibilities for further expansion of security cooperation, future operations and enhancement of career development prospects.

At the end of the cordial meeting, the Commander of the Army Lieutenant General Mahesh Senanayake extending warm greetings to them, presented mementoes to the visiting Sergeant Major Anthony Spadaro, the Command Senior Enlisted Leader for US Pacific Command and the delegation.

Major General Aruna Wanniarachchi, Director Training was also associated with the meet at the Commander's Office.

Sergeant Major Anthony Spadaro, the Command Senior Enlisted Leader for US PACOM is responsible for provision of enlisted perspectives on theater security cooperation, encouragement of peaceful development, response to contingencies and promotion of career development procedures. 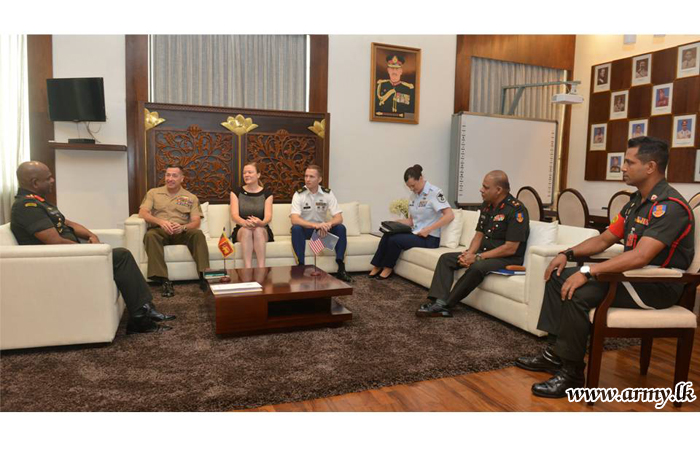 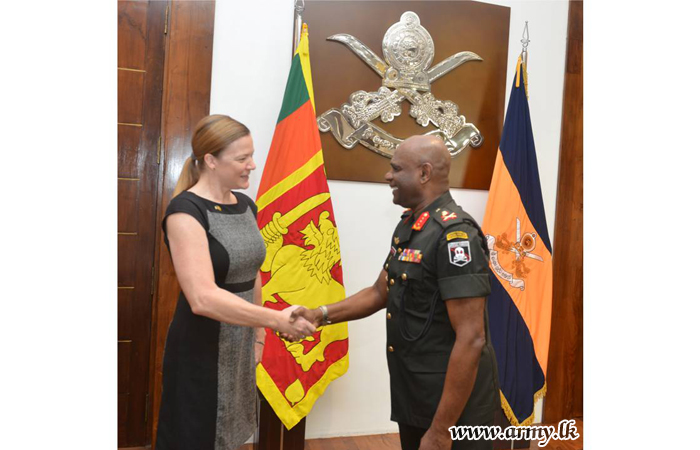 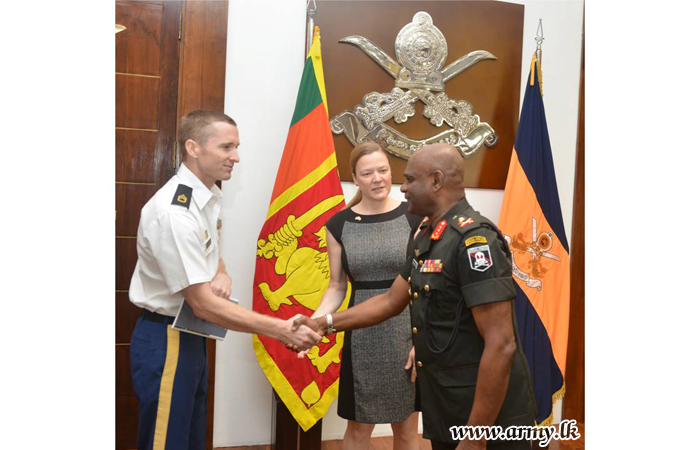 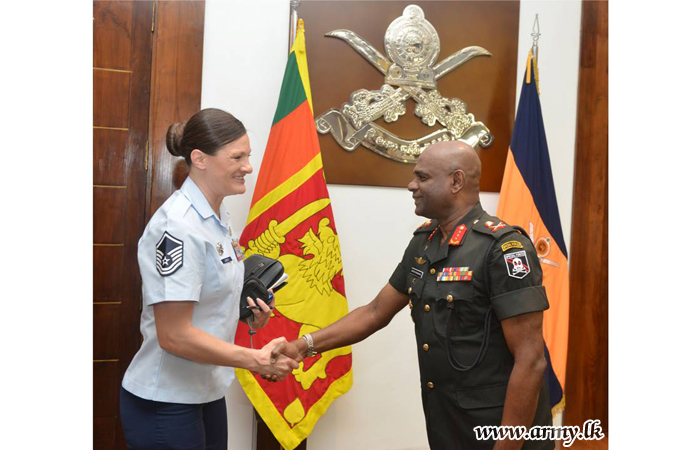 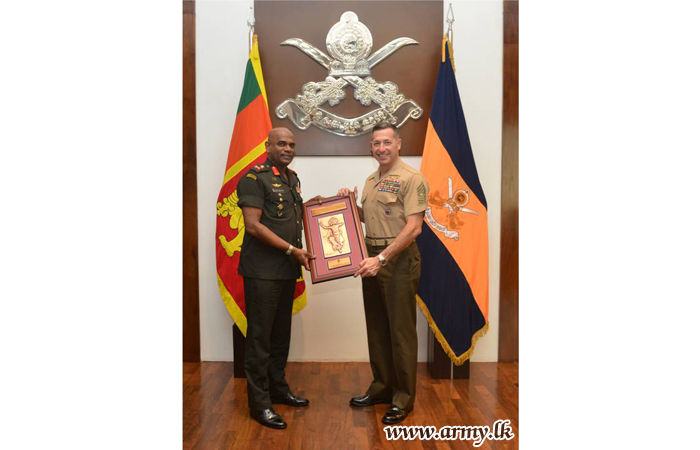 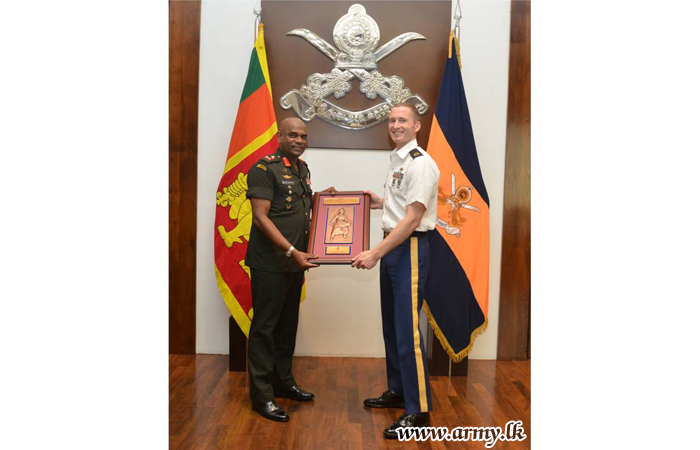 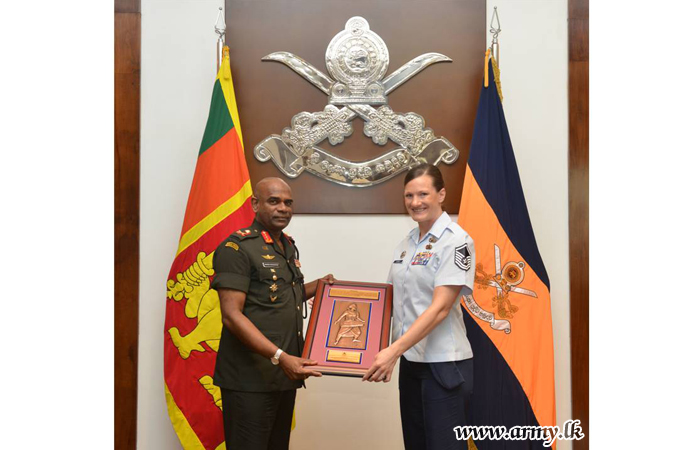 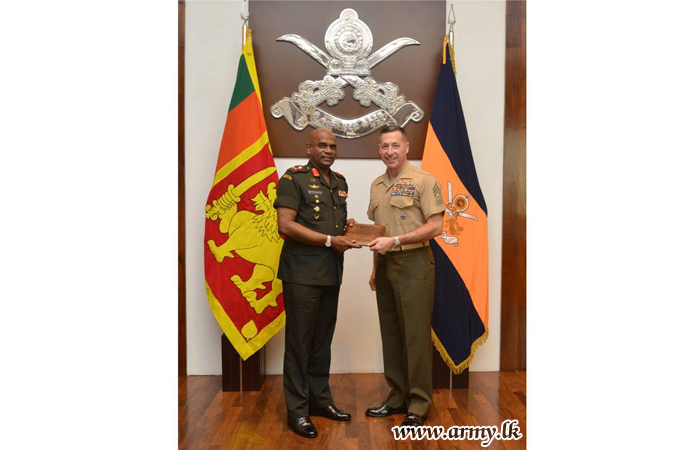 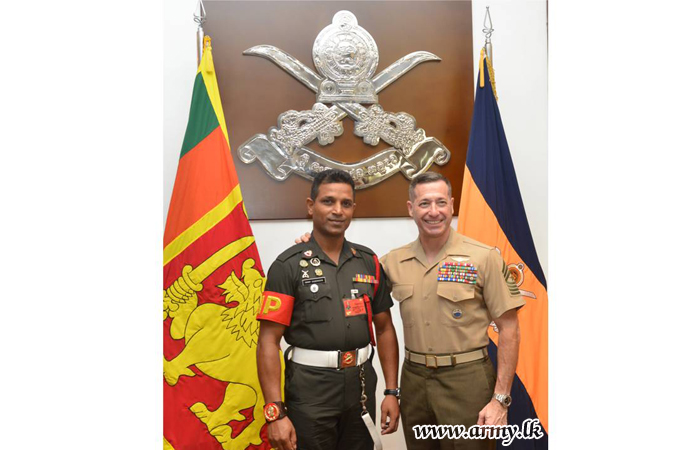