As rescue and relief operations being conducted by Army troops in badly-affected Bulathsinhala areas are in full swing where landslides had caused extensive damages by floods and landslides, Lieutenant General Crisanthe De Silva, Commander of the Army this morning (27), together with several senior officers arrived at Bulathsinhala area with the intention of taking a firsthand assessment and meeting the troops at work, supported by 15 BTRs and WMZs troop carriers, 30 Army boats and other machinery.

By Saturday (27) morning to be in line with the instructions of the Commander of the Army, a total of 1600 Army personnel, belonging to 15 Battalions of 2 Divisions under the Security Force Headquarters - West (SFHQ-West) have been deployed in flood and mudslide-affected areas for rescue and relief operations across the island in close coordination with sister services, Police, Disaster Management Centre (DMC), District and Divisional Secretariats. Major General Sudantha Ranasinghe, Commander, Security Forces - West, together with Brigadier Sumith Atapattu, General Officer Commanding, 58 Division is supervising and coordinating all Army emergency services in respective areas.

Meanwhile, on the instructions of the Commander of the Army, Director General Army Health Services has dispatched five Army medical teams to worst-affected areas where the displaced are housed in public buildings. Those five medical teams, comprised of medical officers, nurses, paramedics and ambulances are also providing necessary medicine to those displaced civilians, some of who have sustained injuries or been suffering from minor infections, such as fever, cough, influenza, etc.

During his visit to devastated Bulathsinhala areas, the Commander of the Army exchanged views with rescue and relief troops at work and encouraged them to carry out their duties at this hour of need. He also spoke to the Commanding Officers in charge of those operations and did not forget to share a word with other service personnel and relief teams operating in the areas.

According to the latest figures, Army troops had been able to rescue a few more than 2600 flood victims in the past 24 hours. Army troops also were able to distribute more than 3000 cooked meal packets among the victims in Kalawana and Pitabeddara areas. 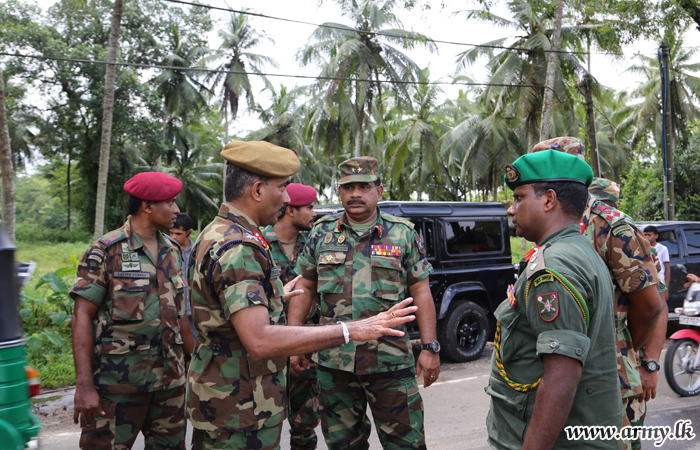 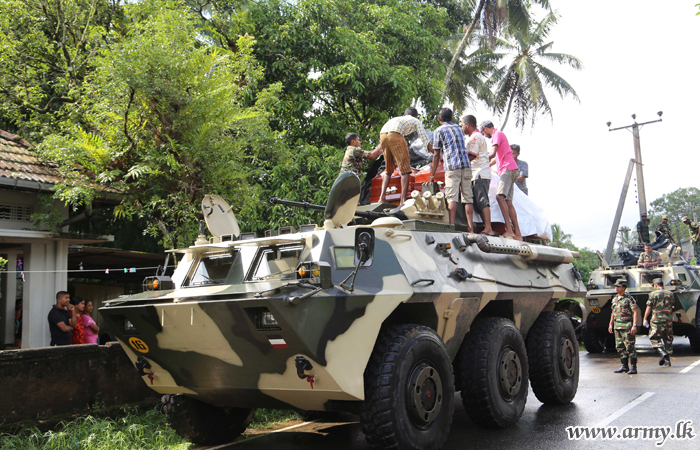 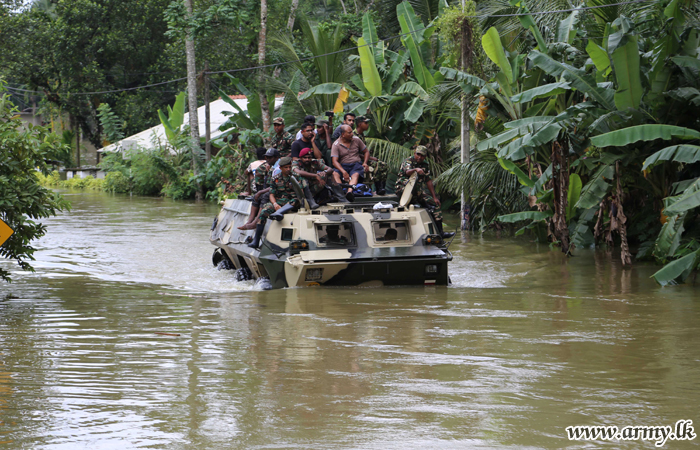 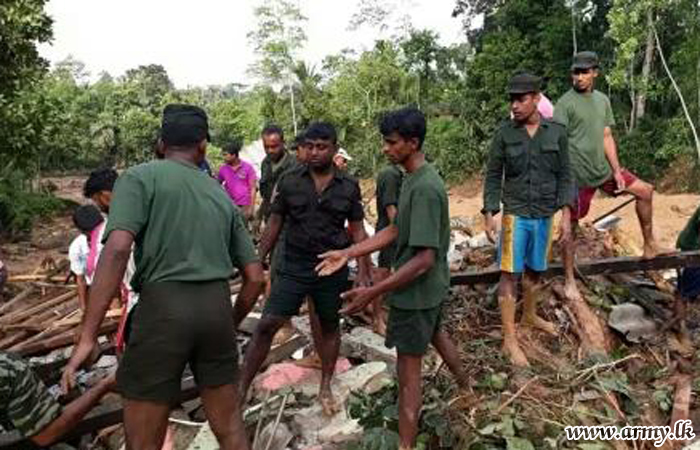 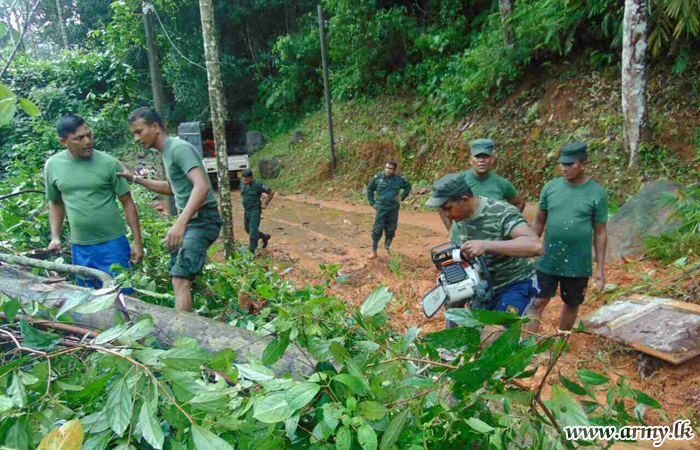 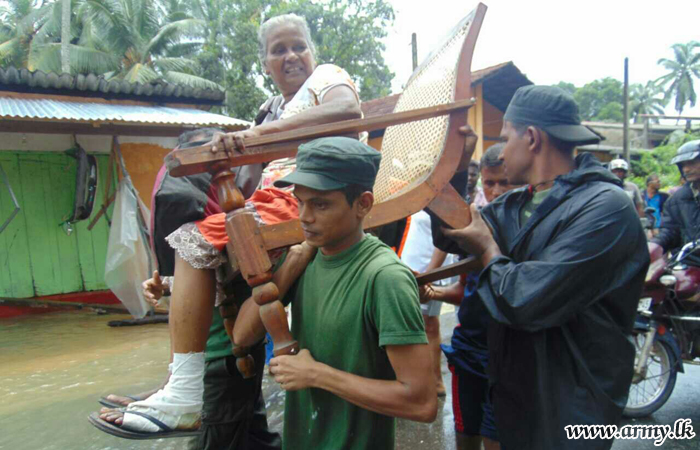 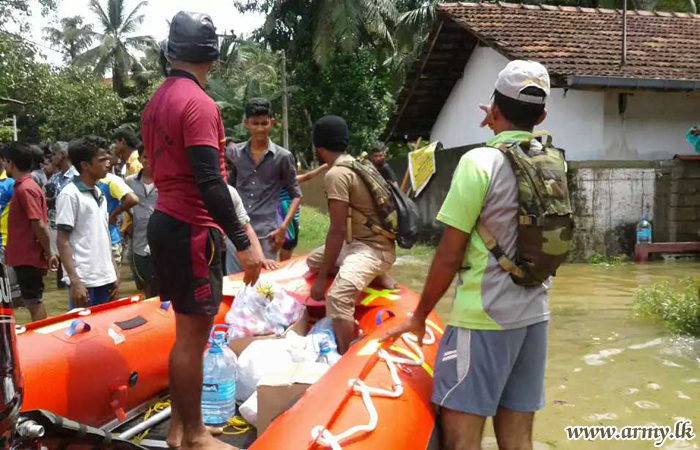 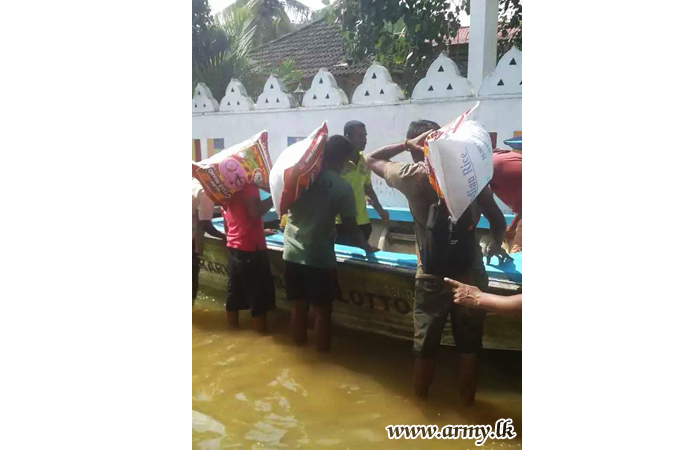 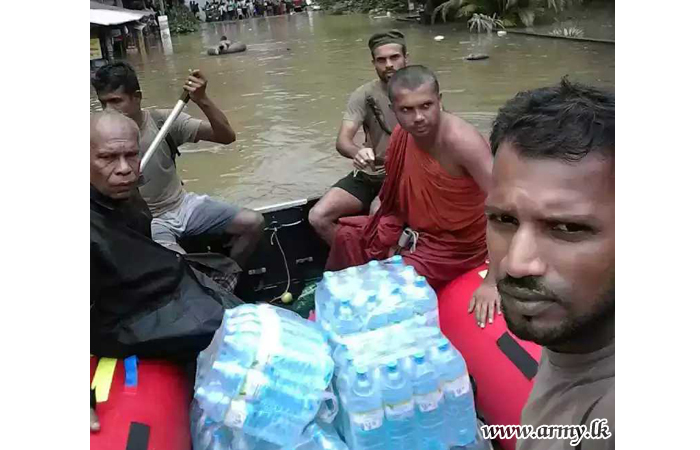 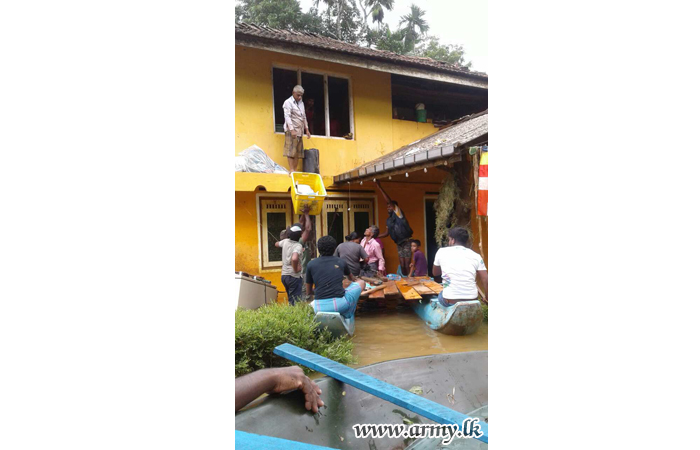 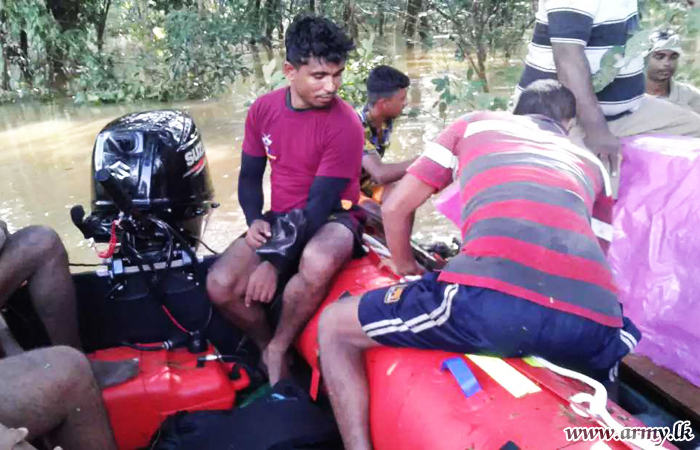