21 Division troops of the Security Force Headquarters - Wanni (SFHQ-W) gave their maximum support for conduct of a series of religious programmes in connection with the 80th birthday anniversary of the Most Ven. Welamitiyawe Kusaladhamma Nayaka Thero, Chief Sanghanayake for Colombo and Chilaw provinces and Chancellor, University of Kelaniya.

On the instructions of Major General Boniface Perera, Commander, SFHQ-W, troops witnessed a Dhamma discussion, conducted by a few renowned Buddhist scholars including monk professors on the theme, ‘How Buddhism Can Solve the Problems of the Youth’, followed by special preaching sessions, Poojas and recital of devotional songs. Both Army personnel and civilians contributed to the recital.

Major General Boniface Perera during the final leg of the day’s ceremony offered a memento to the day’s protagonist, Ven. Kusaladhamma Thero who actively invoked blessings on the troops during the humanitarian operations by visiting the battlefields. 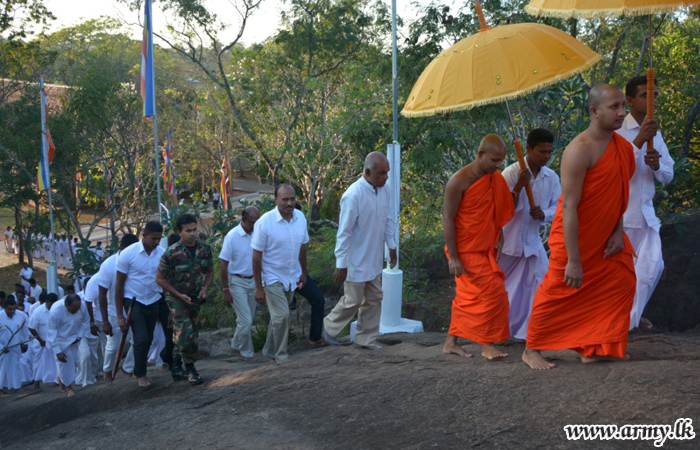 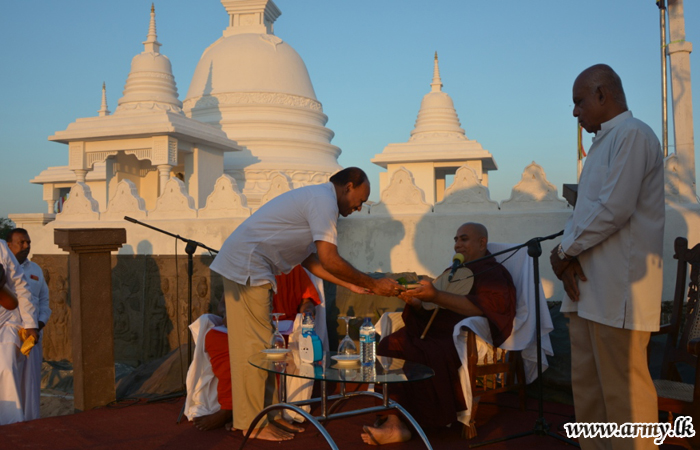 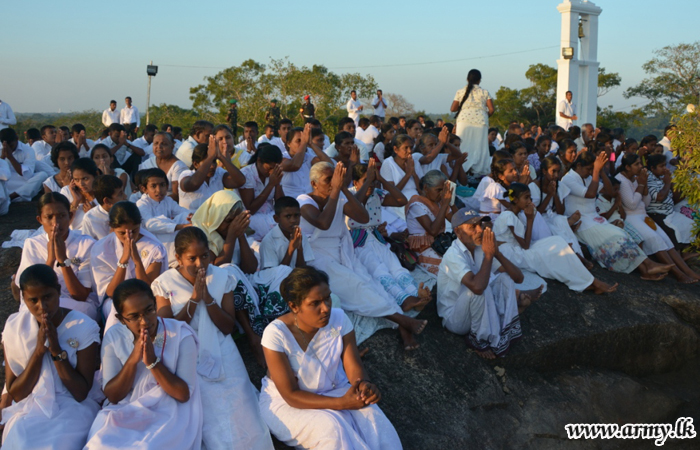 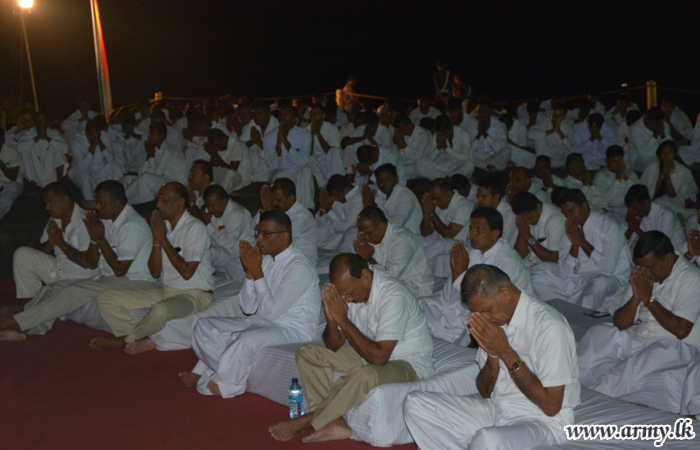 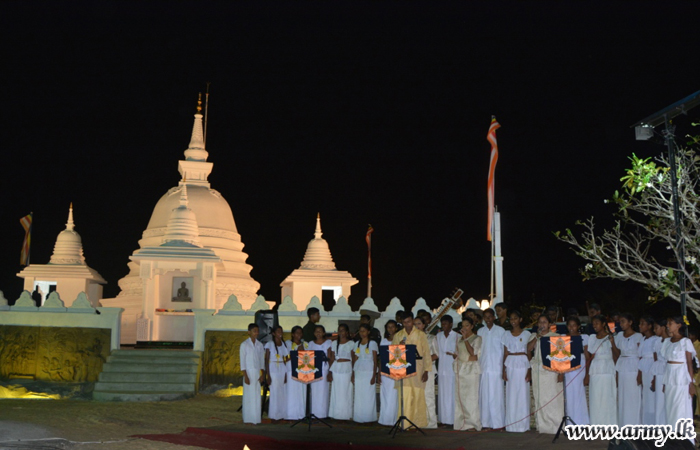 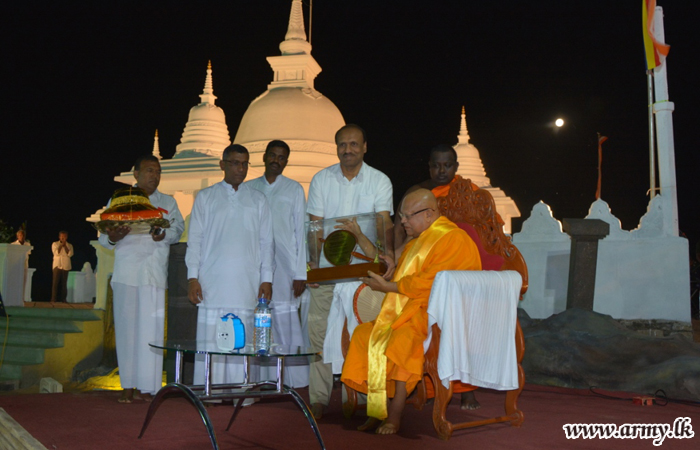