Troops Build New House for a Needy Family in Pulmudai

62 Division troops of the Security Force Headquarters - Wanni (SFHQ-W) with the financial support of the ‘Siddhartha Foundation’ at Thalagala meditation temple built a new house for an underprivileged family living in Virujayapura village in Pulmudai and vested it in the family on Friday (20) during a simple ceremony.

27 Gajaba Regiment troops of the 622 Brigade of the 62 Division provided engineering and technical support for construction of this new house after the plight of this family was conveyed to the troops by the sponsors with a promise for a new house.

A brief ceremony, headed by Ven. Thalagala Sumanarathana Nayaka Thero handed over the keys of the new house to the recipients in the presence of Brigadier L.A.N.S Wanigasinghe, General Officer Commanding (GOC), 62 Division, Brigadier M.P Karunarathne, Brigade Commander, 622 Brigade, Villagers of Virujayapura, Officers and Other Rankers from under command Brigades and Battalions. 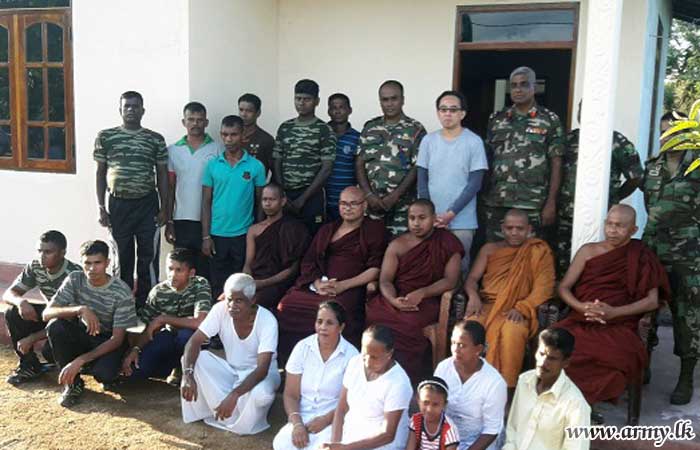 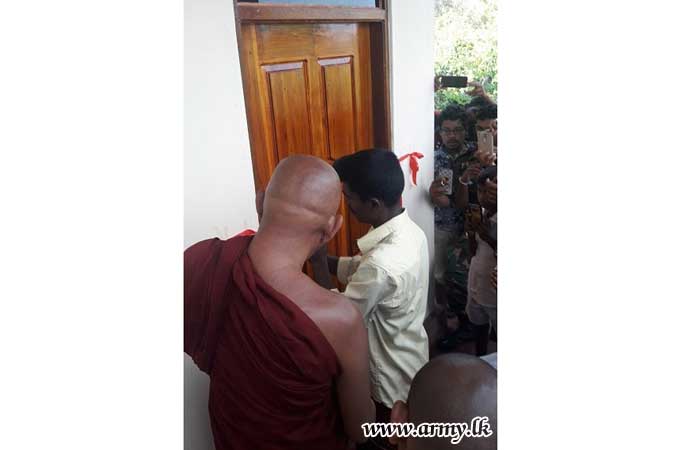 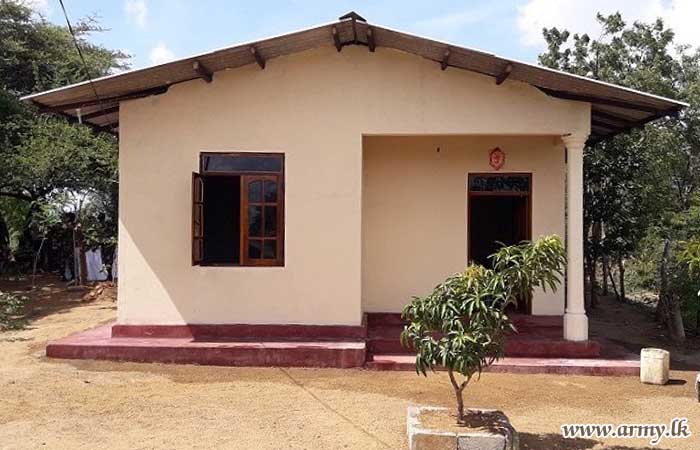