In order to further motivate sportsmanship among youth, Teqball sport was introduced to soccer players in Bandarawela, Haputale and Diyatalawa areas on Saturday (3) under the instructions of the Commander, Security Forces - Central, Major General Keerthi Costa in close collaboration with the Bandarawela Soccer Club.

During this programme, a brief training session of the teqball game was also introduced to potential players at Bandarawela National College playground.

At the end of the session, the Commander, Security Forces-Central gave away sports equipment to the players, together with members of the Bandarawela Soccer Club.

Several members of the Bandarawela business community, Senior Officers, Officers and Other Ranks attended the programme.

Teqball is a ball sport that is played on a curved table, combining elements of soccer and table tennis. Back and forth, the players hit a soccer ball with any part of the body except arms and hands. Teqball can be played between two players as a singles game, or between four players as a doubles game. After being added to the programmes for the 2021 Asian Beach Games and the African Beach Games, the sport is now aiming for Olympic inclusion. 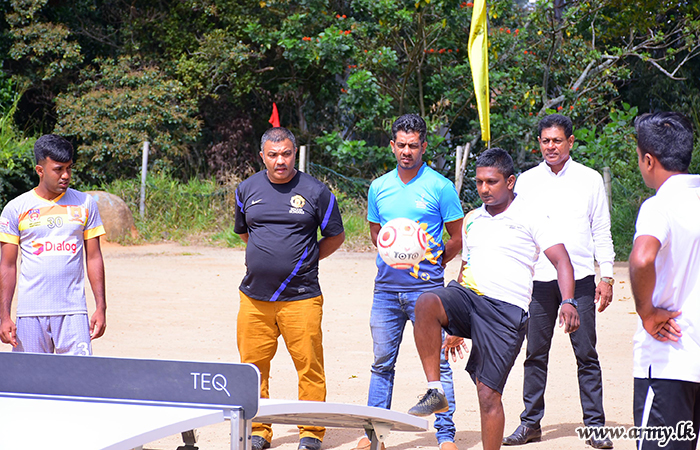 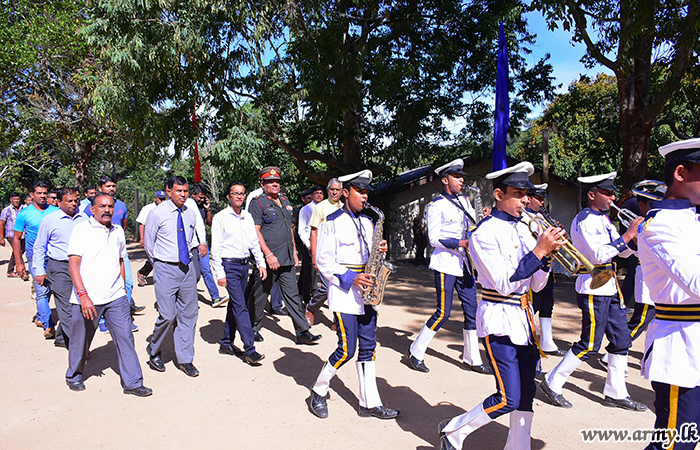 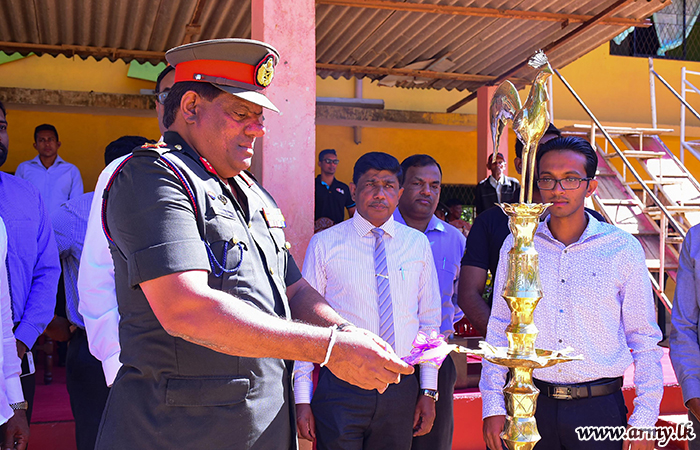 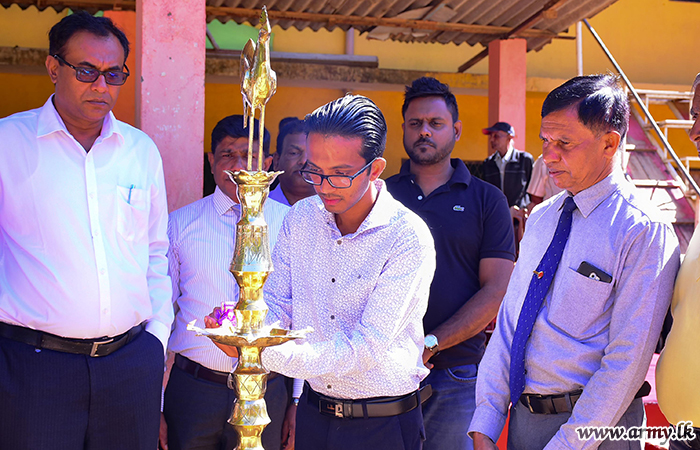 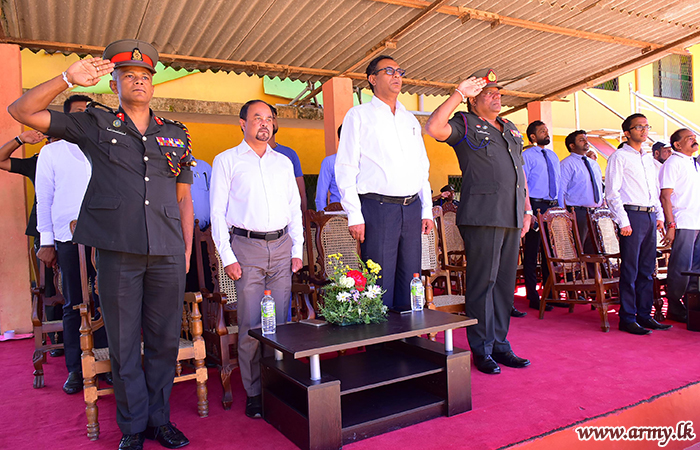 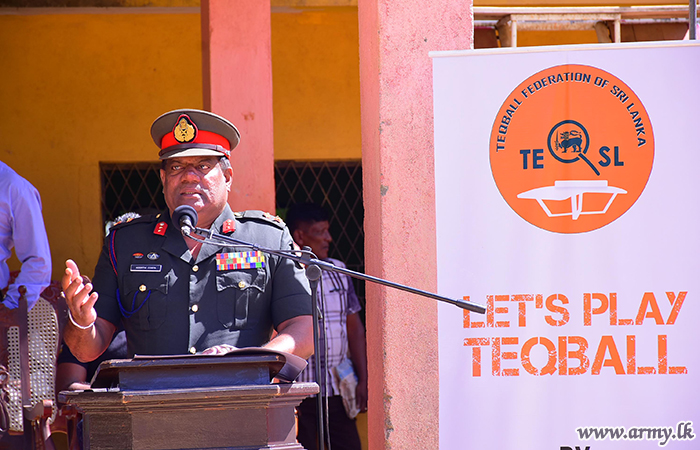 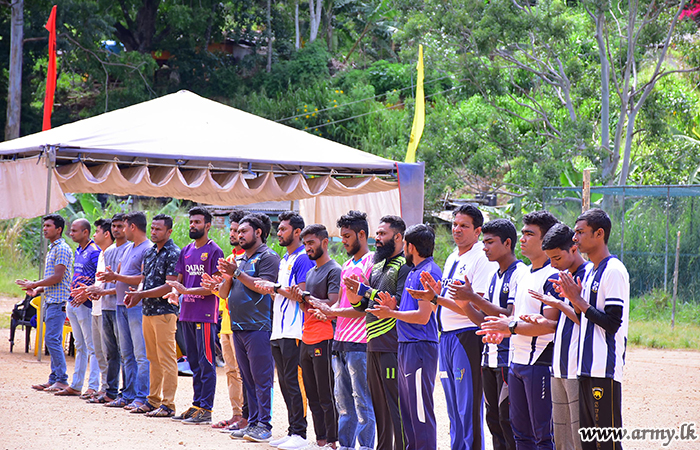 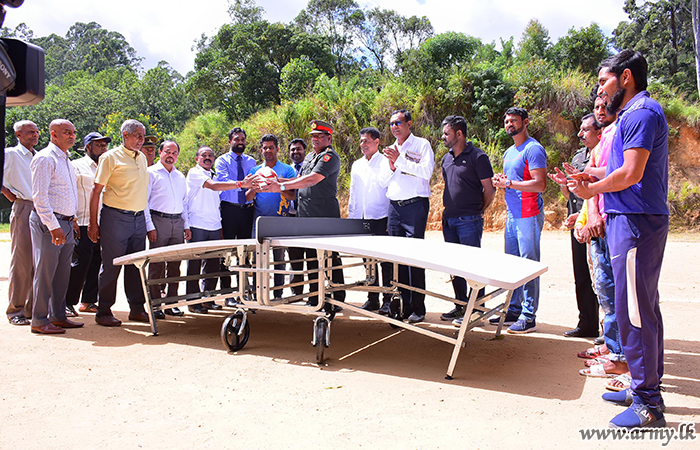 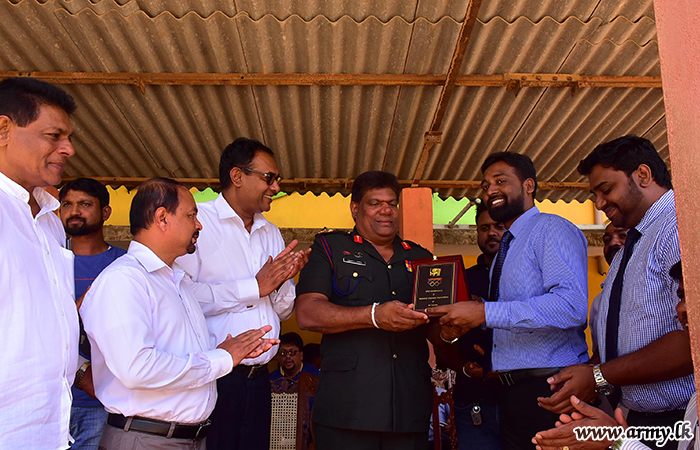