The retired Army soldier, Corporal S.W Karunadasa (44) whose presence of mind and the timely action narrowly, saved near two thousand of precious lives on ‘Yaal Devi’ train, averting a major disaster, received laurels and was lavishly commended by none other than his former chief in the organization, Lieutenant General Crishanthe De Silva, Commander of the Army, this morning (8) after inviting him to his office at the Army Headquarters.

Lance Corporal Karunadasa (retd) of 8 Sri Lanka Sinha Regiment (SLSR), resident in Wewawana, Musalpitiya, Thambuththegama last Full Moon Poya day (Nov 14), was returning home with his 14-year old son and family members after a meritorious Dhamma programme in a nearby temple when he and his son suddenly spotted three splits in the railway track, signaling a huge disaster, if a train were to pass by the damaged portion.

Alert to the impending danger, Karunadasa swiftly jumped into action and managed to get down a piece of red cloth from home within seconds as the sound of an approaching train began to reverberate, making him further nervous and excited.

With the red cloth in hand, Karunadasa ran about 400 - 500 m towards the approaching ‘Yaal Devi’ express train, bound for Colombo-Fort, and finally succeeded in getting it halted, just 100 yards ahead of the damaged track, thus saving the lives of about 2000 passengers in 9 train compartments.

At the Commander’s office, his bravery and timely action was applauded and presented with a special parchment scroll which lauds his act by Lieutenant General Crishanthe De Silva who interacted closely with Karunadasa and his two children, associated with the timely and brave act during the meet at the Commander’s office and awarded them with letters of appreciation.

In addition, a cash gift of Rs 1 lakh was also awarded to him on the same occasion by the Commander of the Army in appreciation of his contributors to the benefit of the mankind. Corporal S.W Karunadasa (44) who had served humanitarian operations in the North and East after 14 years of service retired from the Army in 2005. 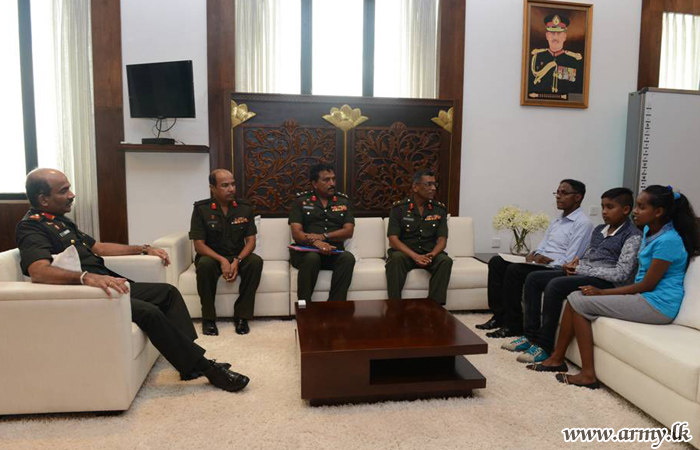 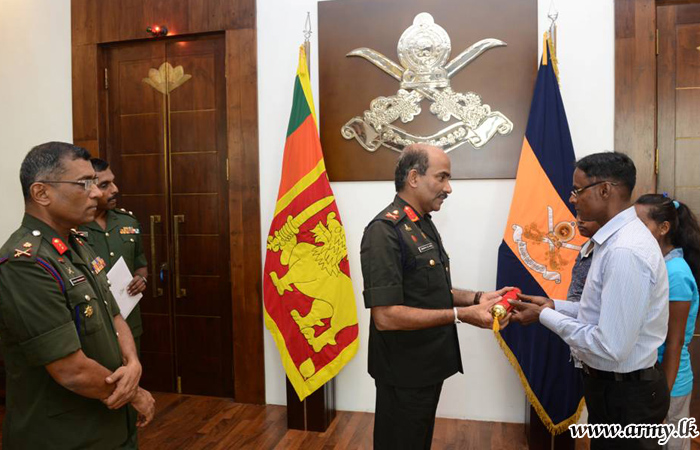 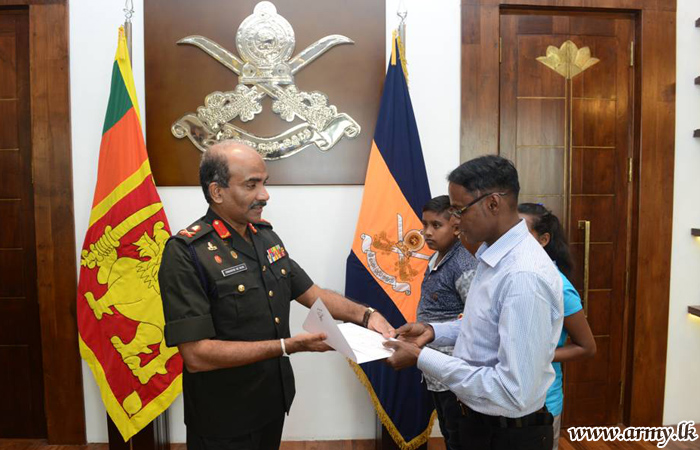 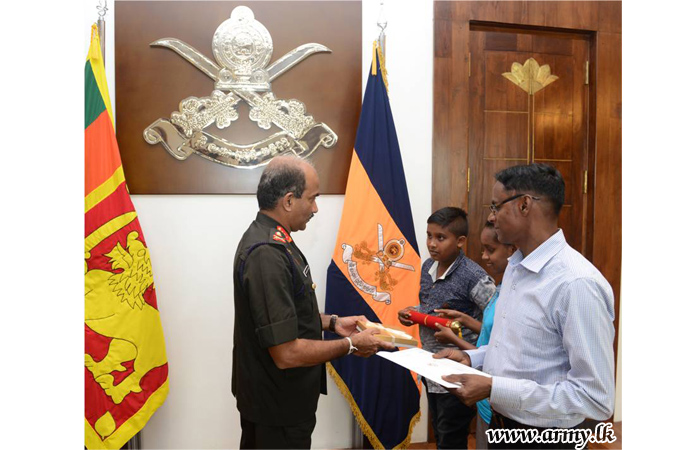 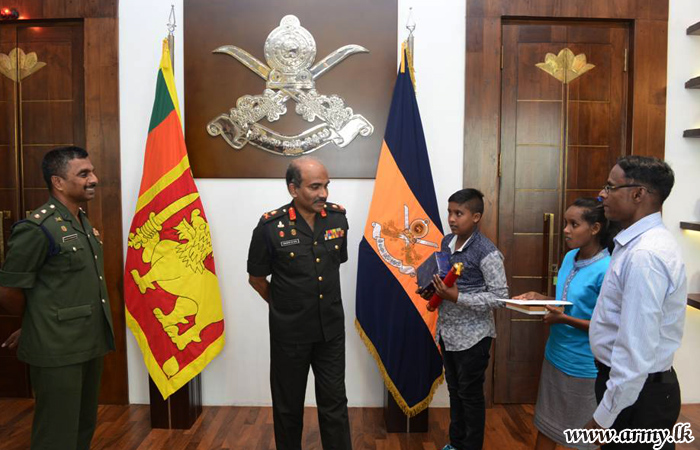 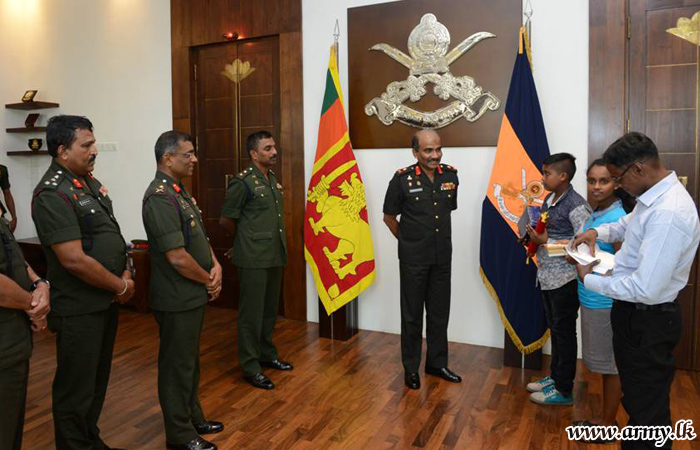 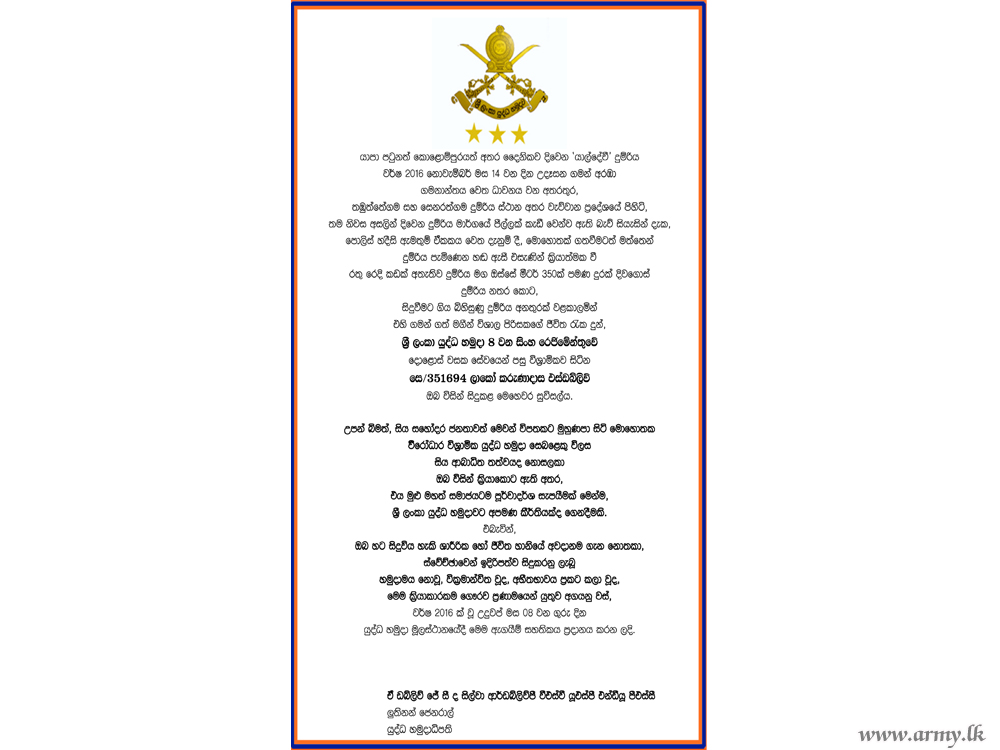