Thousands of tri-service personnel, including more than 1000 Army personnel are currently continuing with their rescue and relief operations in close coordination with the Disaster Management Centre (DMC), District & Divisional Secretariats, Police and other authorities in flood-affected areas after torrential rains hit several provinces in the island.

More than 1000 Army personnel of 12 Battalions, including Commandos of the 58 Division and the 14 Division are currently serving in worst-affected areas. Likewise, hundreds of displaced people, most of who had been victims of landslides in Arangodakanda in Eheliyagoda, Baduwatta in Pitakanda and several other badly-hit areas were evacuated to temporary shelters by Army troops in respective areas.

Six BTR troops carriers with 85 Army personnel have been meanwhile deployed in worst-hit Bulathsinhala areas by Friday (26) evening while the Air Force has made six helicopters available for rescue and reconnaissance operations.

As flood levels were fast rising due to torrential rains in the past 72 hours, the Commander of the Army, Lieutenant General Crisanthe De Silva instructed the Security Force Headquarters - West (SFHQ-West), commanded by Major General Sudantha Ranasinghe to take stock of the worsening developments and deploy the troops for relief operations. Accordingly, troops of the Security Force Headquarters - West, 58 Division and the 14 Division have now been deployed for these emergency services. 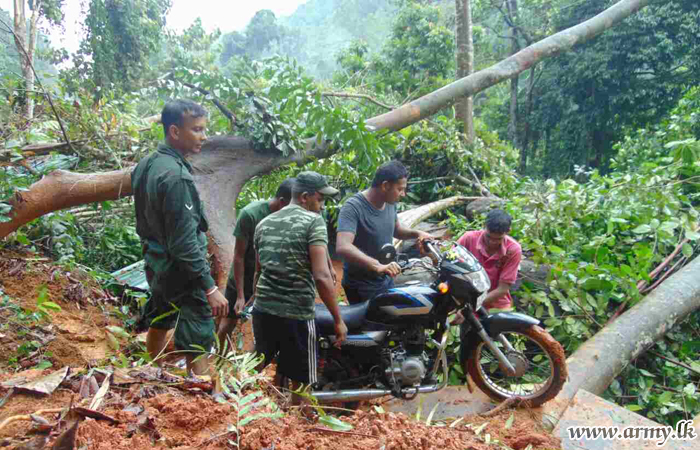 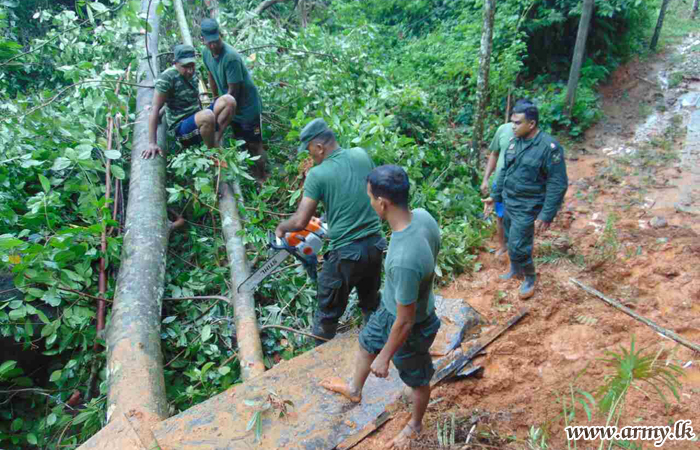 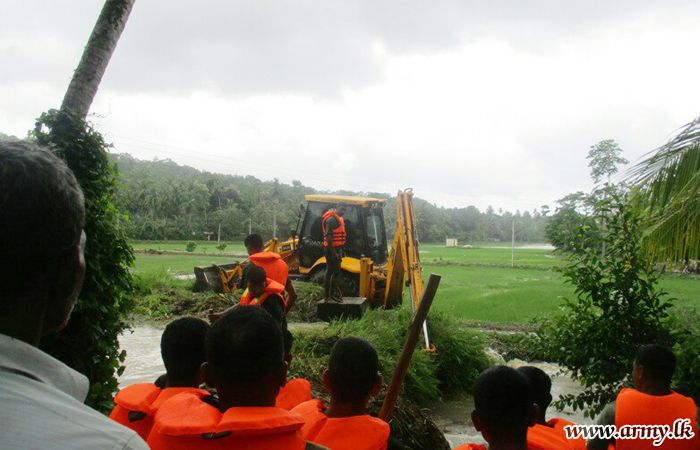 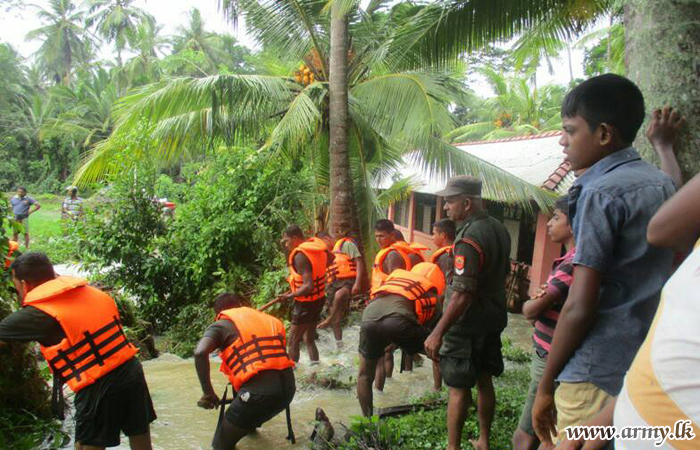 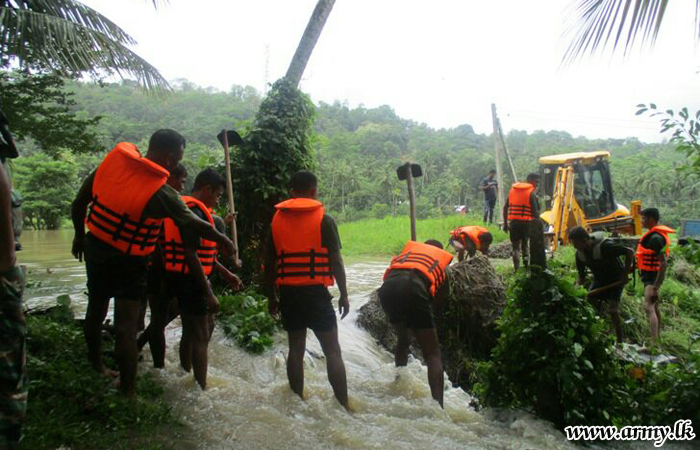 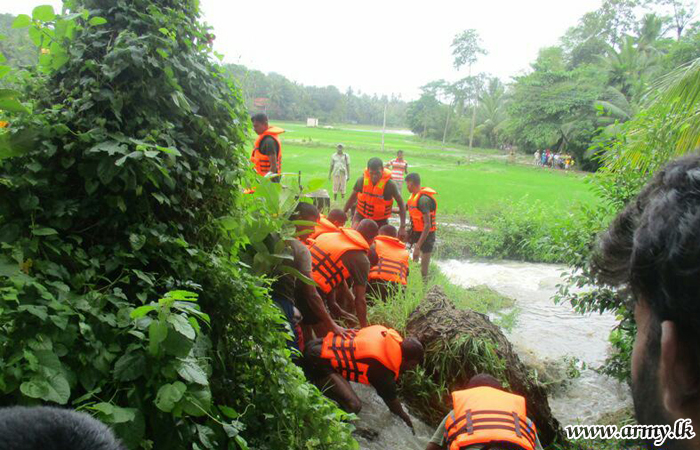 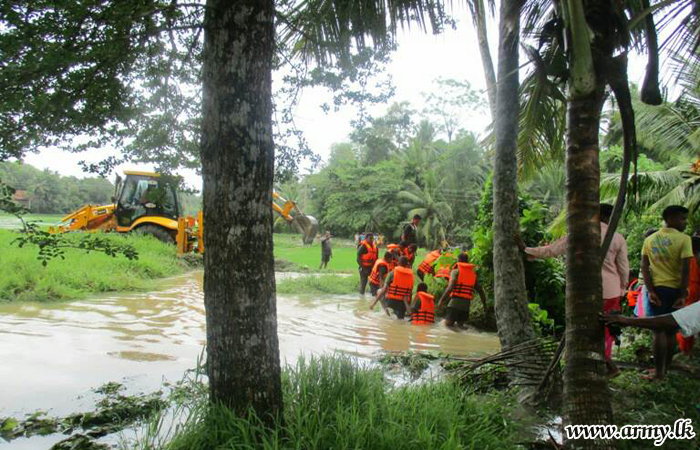