Major General Dudley Perera, Medical Advisor to the Sri Lanka Army and Colonel Commandant Sri Lanka Army Medical Corps, received the Commander and other Senior Officers at the main entrance before he accompanied the visitors through wards.

Commander and Mrs. Sonia Kottegoda shared a few words with patients, both Officers and Other Ranks, and wished them fast recovery and good health at the dawn of the New Year. Lt Gen Shantha Kottegoda during his visit distributed gift parcels among inmates.

Chief of Staff, Major General G.S.C. Fonseka, who also joined the visit, offered gift parcels to patients. Several Senior Officers and some members of the medical staff were also present on the occasion. 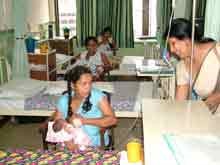 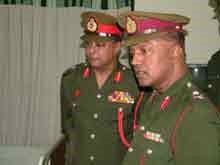 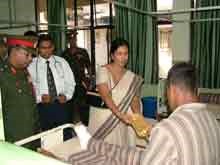 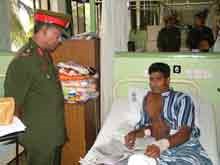 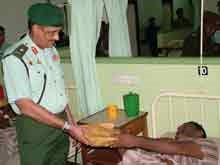 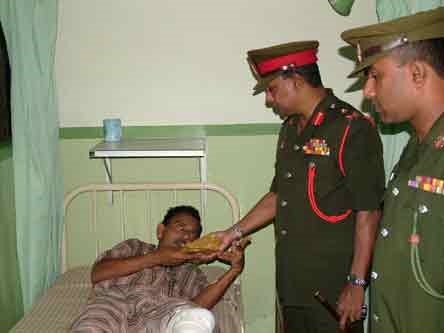