The new Head of the International Committee of the Red Cross (ICRC) delegation in Sri Lanka Mr Loukas Petridis who assumed his office recently paid a courtesy call on the Commander of the Army Lieutenant General Mahesh Senanayake on Tuesday (21) and received an update on ongoing reconciliation and community -oriented projects being carried out by members of the Security Forces in the North and East.

Making his maiden visit to the Commander’s office at the Army Headquarters after he assumed duties in Sri Lanka on 6 August, Mr Petridis extended his greetings and assured his full cooperation to humanitarian roles of the Army.

The Commander in turn explained to the ICRC Head what the Army at present has been doing at different levels for uplift of living standards of low-income groups, improvement of health standards, community projects, assistance for agriculture, etc largely in the peninsula. He also assured the Army support for any future ICRC projects. 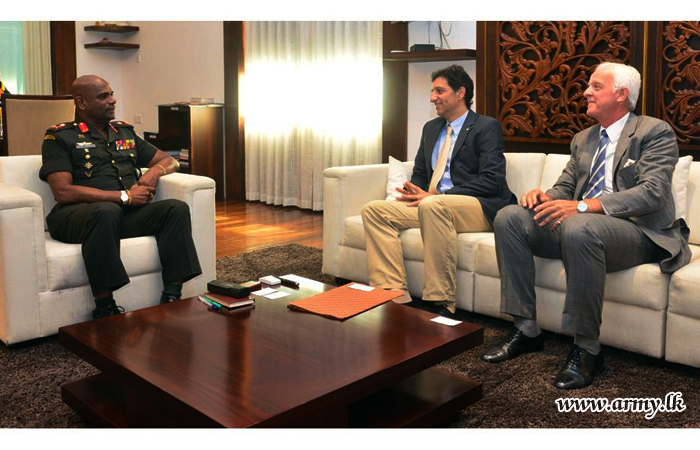 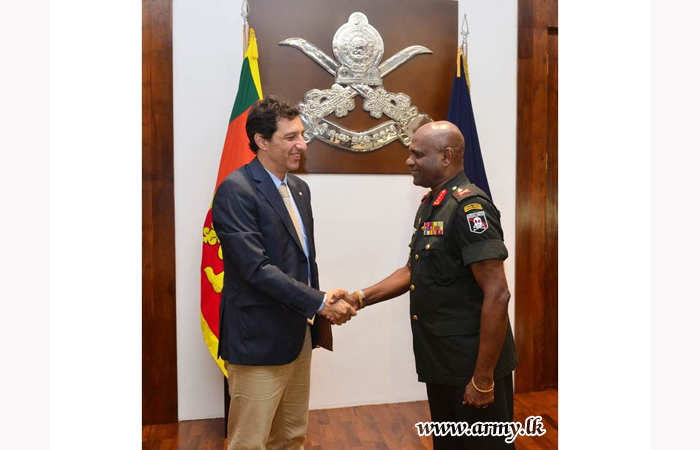 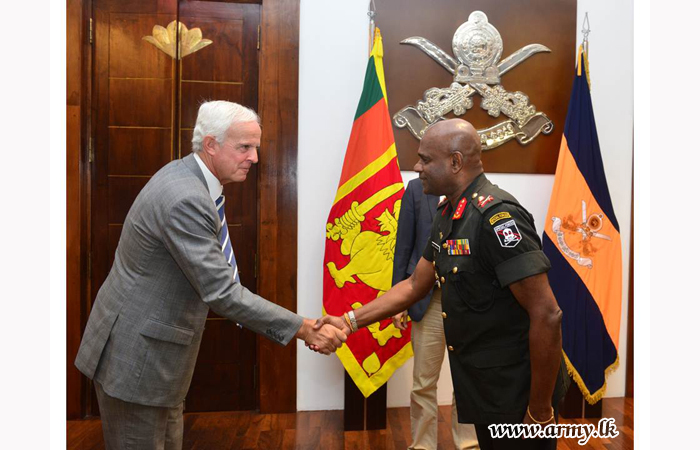