Security Force Headquarters - East (SFHQ-E) coordinated the construction of a new house for a needy family at Maithreegama, Welikanda after a request to that effect was made by Meerigama ‘Gauthama Daruwo Arya Foundation’, the sponsors for the project.

The house recipient, Mr Anura Kumara, a father of two children who does not have a permanent source of income was earlier living in a hut, made of wattle and daub.

After information to this effect was conveyed to the above foundation, its members visited the location and got the new house, built for the poor family within a few weeks.

At the request of the organizers in the ‘Gauthama Daruwo Arya Foundation’, Major General Nandana Senadeera, Commander, Security Forces - East (SF-E) as the Chief Guest attended the house-warming ceremony on Sunday (16).

The day’s Chief Guest unveiled a plaque and symbolically handed over the key of the new house to the father of two children during the simple ceremony. 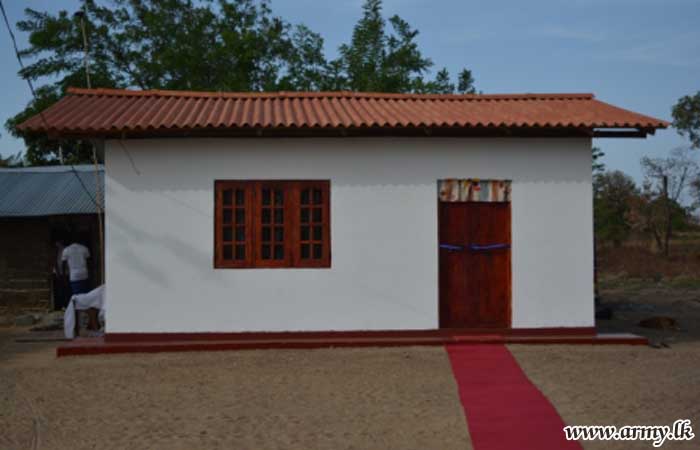 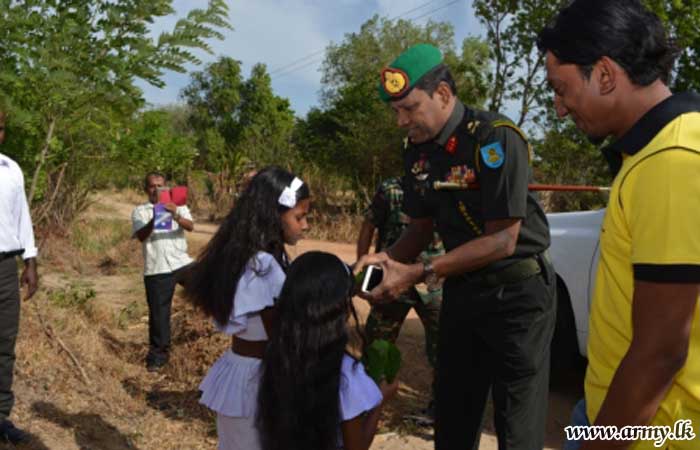 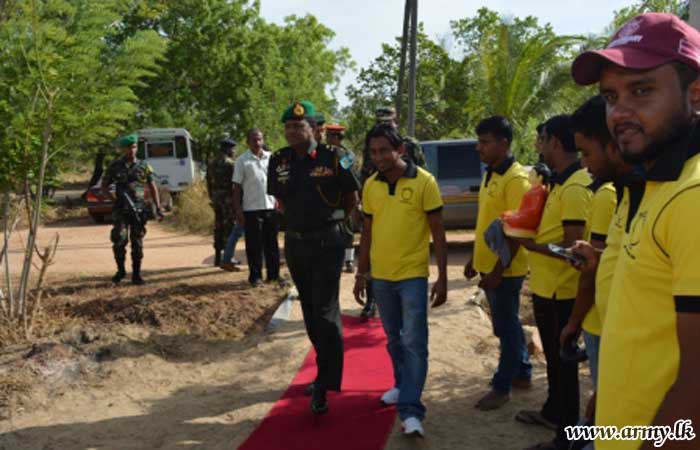 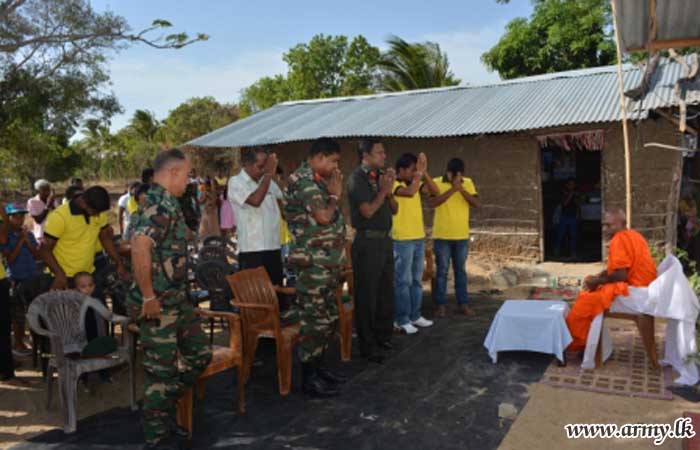 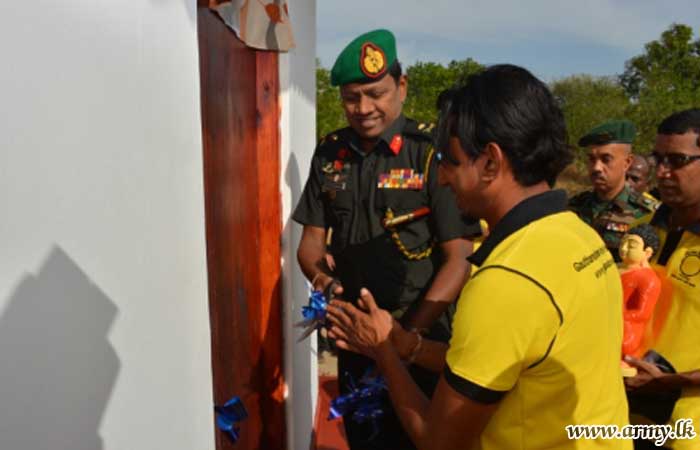 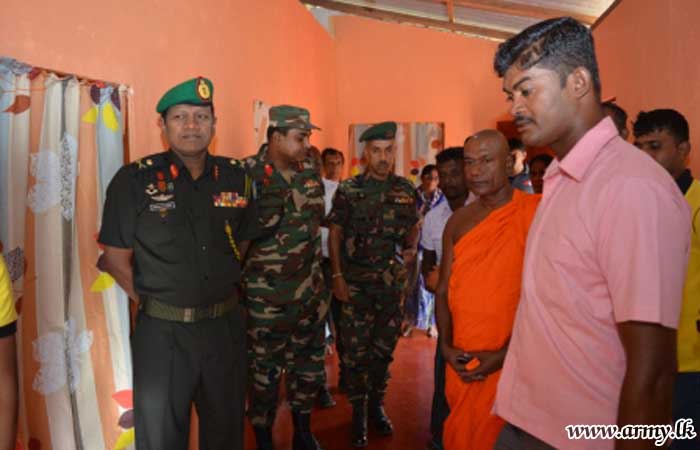 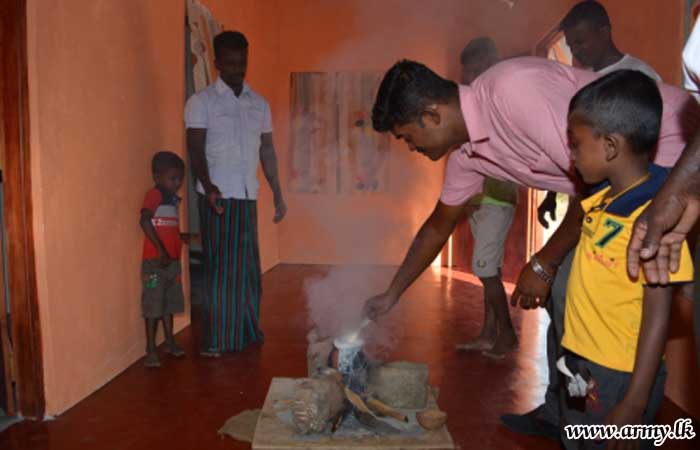