Ambassador for Islamic Republic of Iran HE Mohammad Zaeri Amirani, together with the Defence Advisor in the embassy paid a courtesy call on Lieutenant General Crishanthe De Silva, Commander of the Army at the Army Headquarters Thursday (18) evening.

He was received by the Commander of the Army along with the Military Secretary, Major General Janaka Walgama on arrival at the main entrance to the Commander’s Secretariat.

The envoy extended greetings to the Commander and afterwards exchanged views with him on several matters of bilateral interest and importance. The ambassador left compliments in the VIP book at the Commander’s office before cordial meet ended with exchange of mementos as symbols of courtesies. 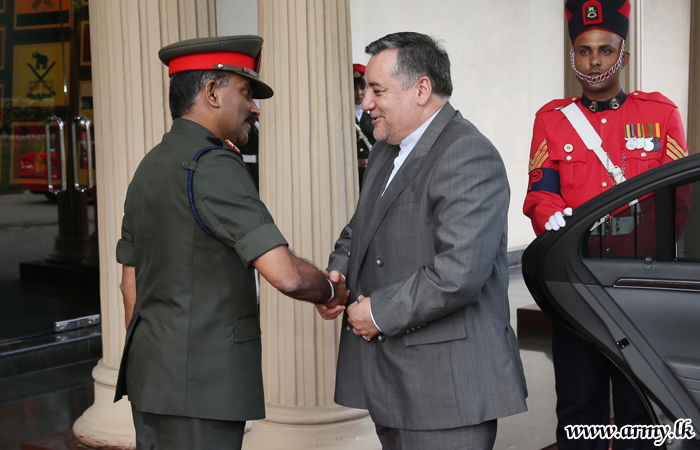 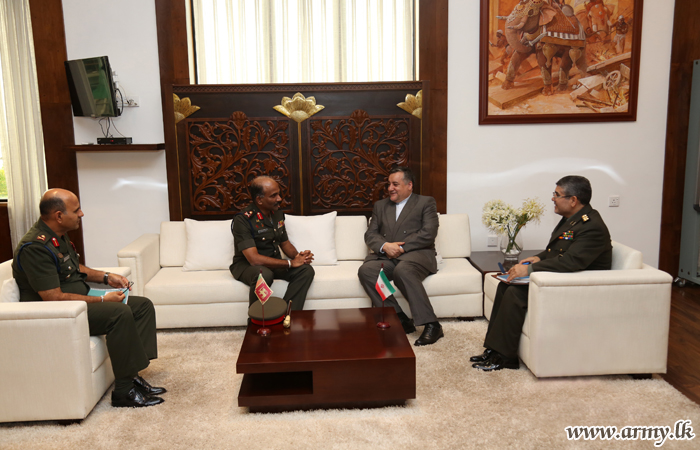 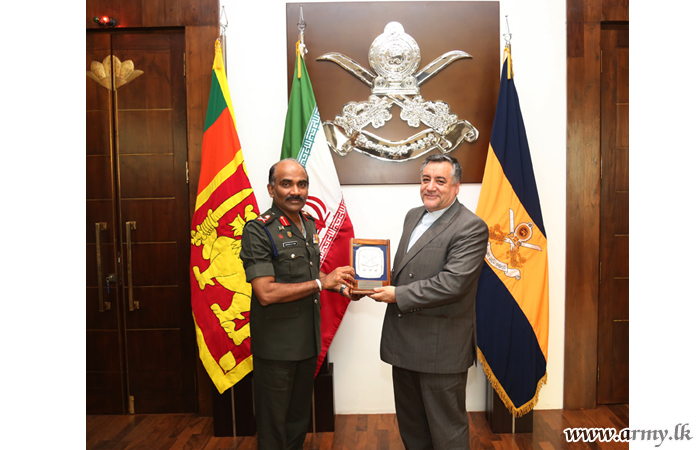 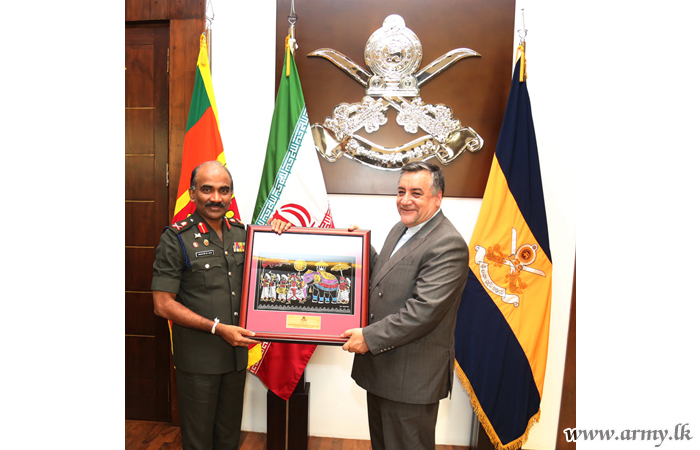 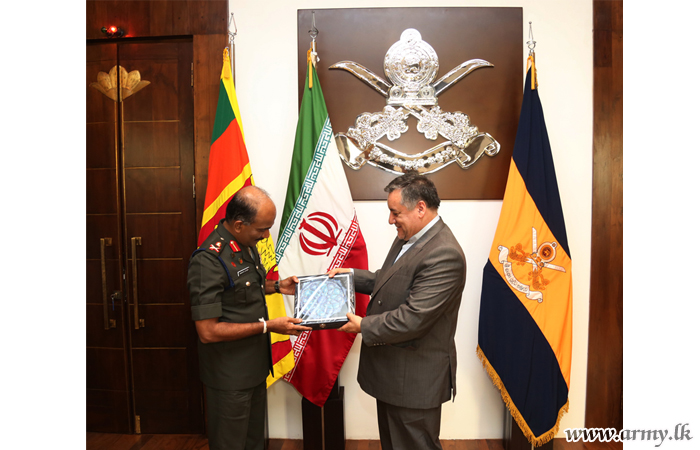 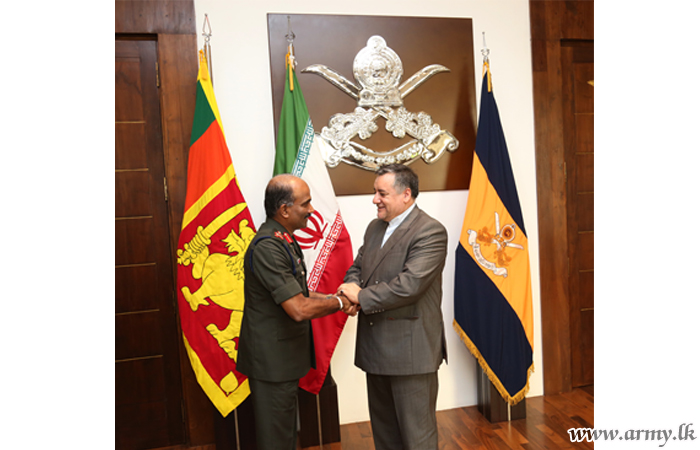 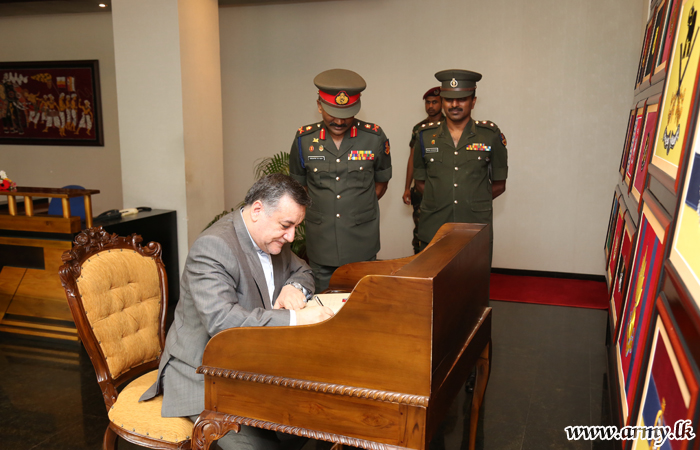