Just a few hours after Major General Aruna Jayasekera assumed office as new Commander Security Forces – East on Saturday (24) by a strange coincidence, he was invited to unveil the pinnacle atop the newly-constructed Stupa (pagoda) at Welikanda Buddhist Centre, a project that was initiated for promotion of reconciliation by his predecessor, Major General Santhusitha Pananwala who retired from the Army.

Security Force Headquarters-East facilitated this meritorious project as one of its projects for religious harmony in line with the series of other such projects, being carried out to foster religious co-existence in the Eastern Province.

The religious ceremony was dignified by the presence of the Maha Sangha, including several incumbents in the region. Officers, Other Ranks and a gathering of Buddhist devotees joined the occasion with devotion. The construction of this ‘Stupa’ was completed with the sponsorship provided by Mr. Saddhathissa of Kelaniya area and under the supervision of Security Force Headquarters (East). The foundation stone of this Stupa was laid on 26 June 2018 by the former Commander Security Forces – East, Major General Santhusitha Pananwala and enshrinement of sacred relics in the hemispherical dome of the Stupa took place on 13 October 2018.

As directed by members of the Maha Sangha, including the Chief Incumbent of the Buddhist Centre, Welikanda Ven. Delwita Meththalankara Thero, Major General Aruna Jayasekera, the new Commander Security Forces – East along with Mr. Saddhathissa unveiled the gold plated pinnacle of the Stupa at the auspicious minute, amidst reverberating 'Pirith' chanting of Maha Sangha and blessings of 'Sadhu , Sadhu'.

This Buddhist place of worship was established in 1942 and survived during the conflict with many difficulties. The construction of the Stupa, one of the main features of Buddhist worship was completed, fulfilling a long awaited requirement of the temple with the generosity of Mr. Saddhathissa from Kelaniya area. Security Forces gave their fullest support to the construction aspect. 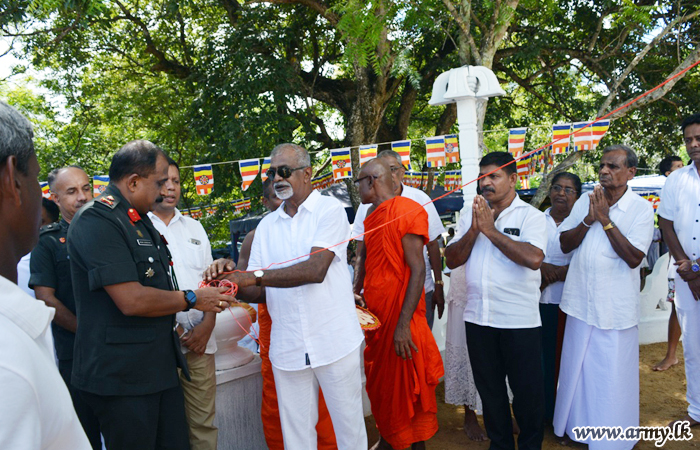 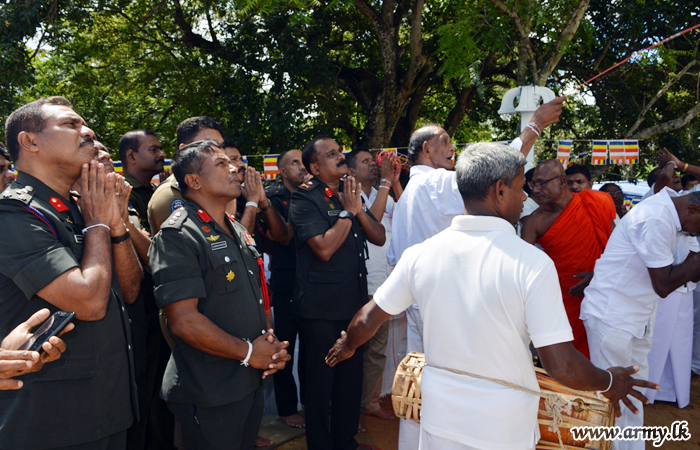 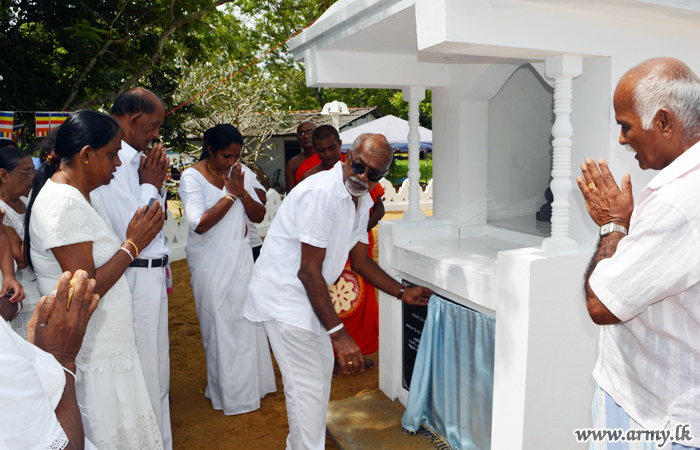 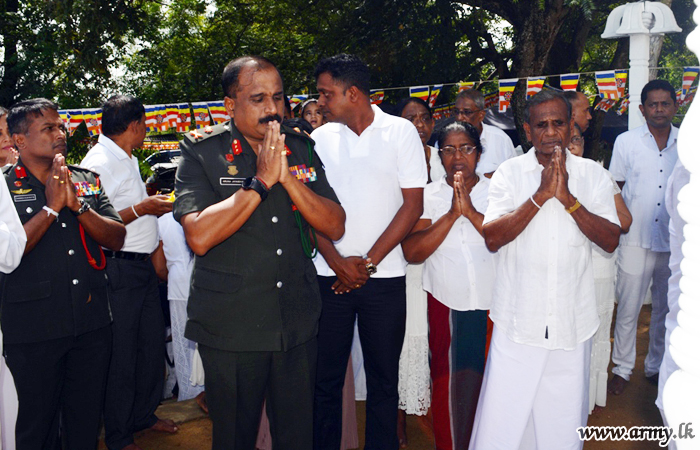 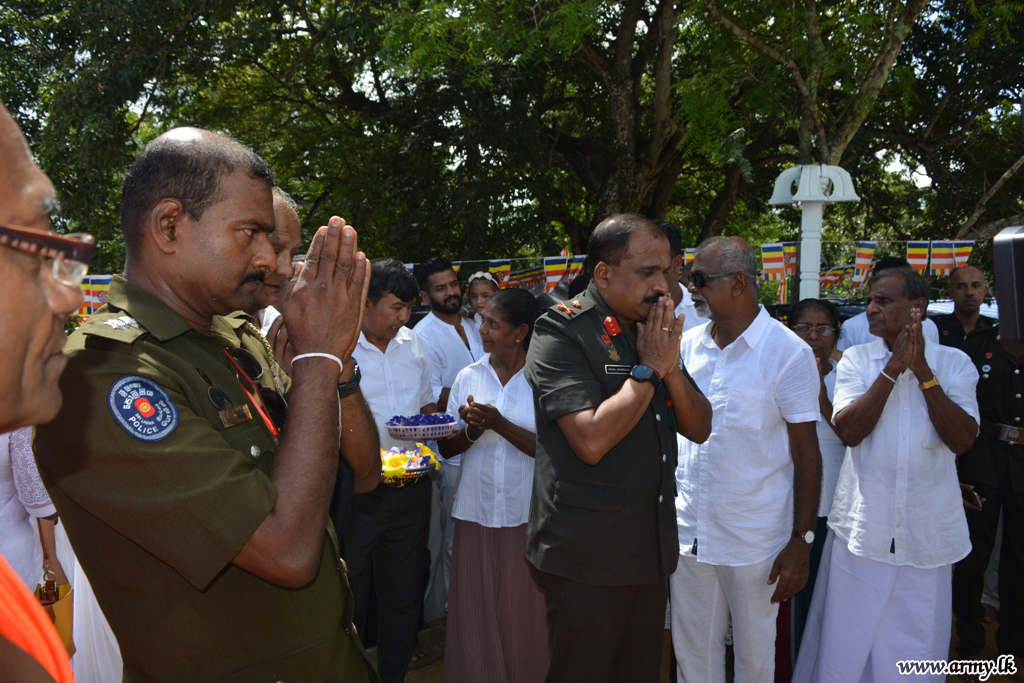 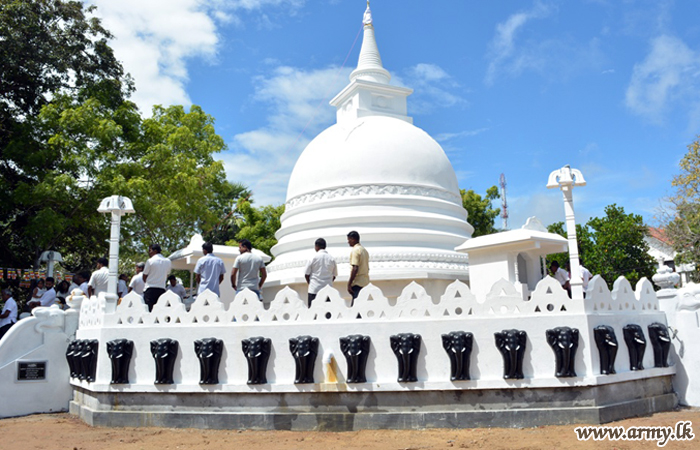 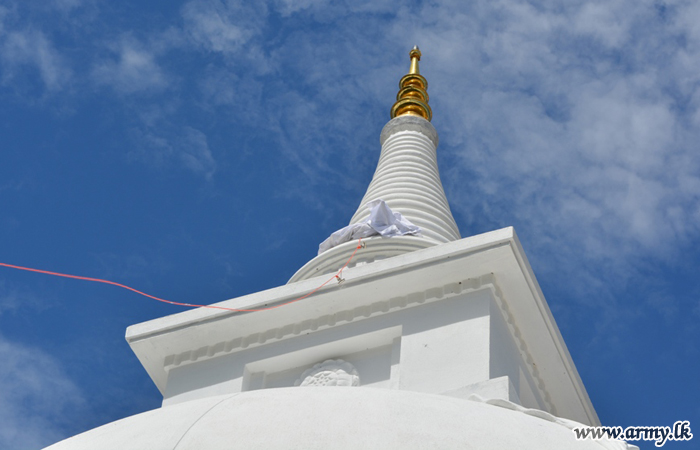 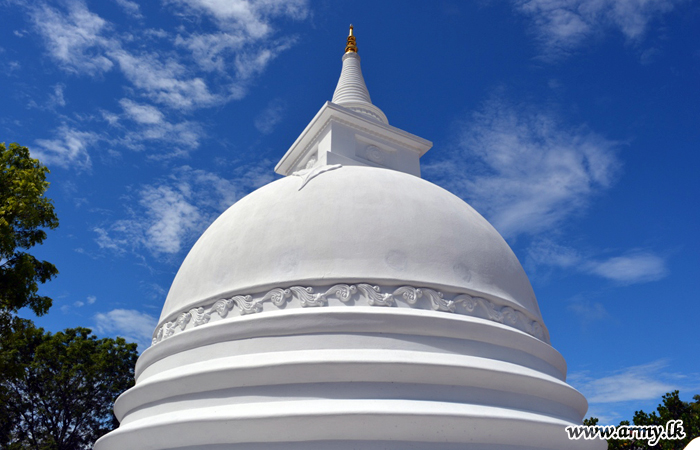 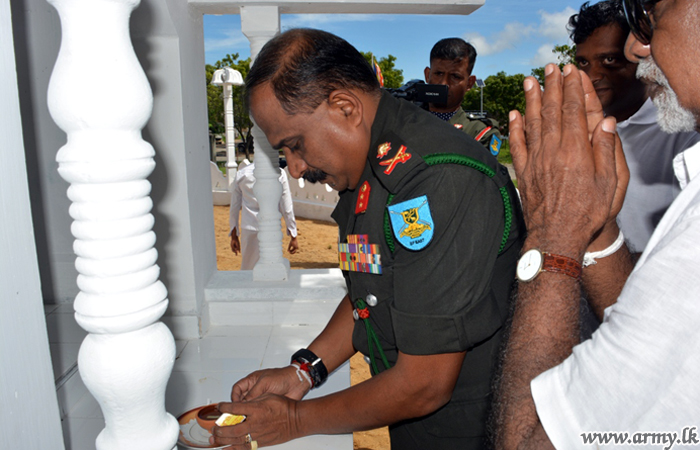 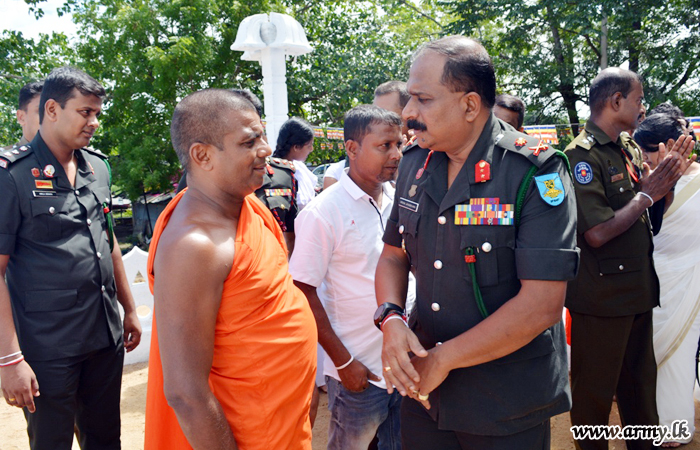 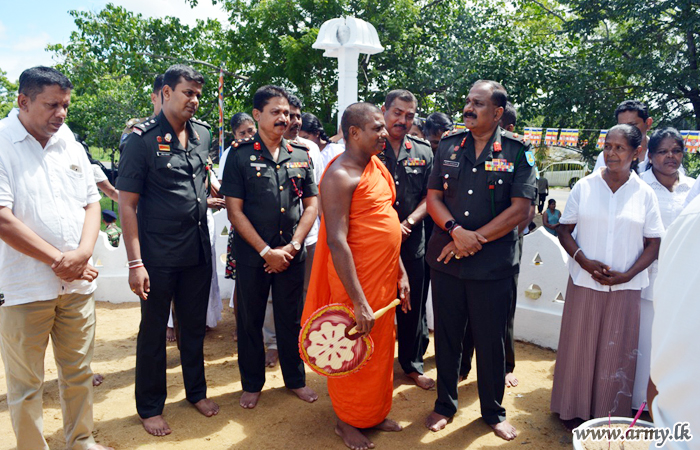