HE the President Receives Update on Defence Hqrs Construction Project

HE the President Maithripala Sirisena, the Commander in Chief of the Armed Forces made a surprise visit to the new Defence Headquarters complex (DHQC) under construction at Akuregoda, Battaramulla on Tuesday (5), together with Secretary to the President, Austin Fernando and Lieutenant General Mahesh Senanayake, Commander of the Army with a view to receiving an update on the progress of the project.

During HE the President’s stay in the complex, he saw for himself how different tri-service headquarters are being built with separate partitions, branches, etc.

He also shared a couple of words on modern technologies being used for erection of this headquarters complex and exchanged views with tri-service personnel at work.

Senior Army representative of the Project Management Unit, DHQC Project gave a comprehensive briefing on the progress of the project to the visiting delegates. 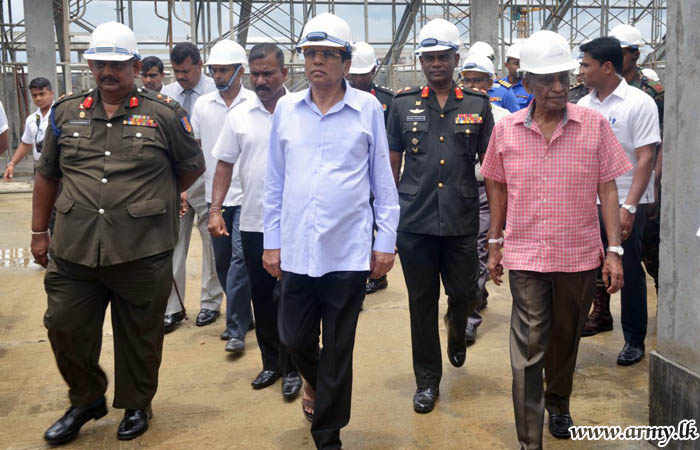 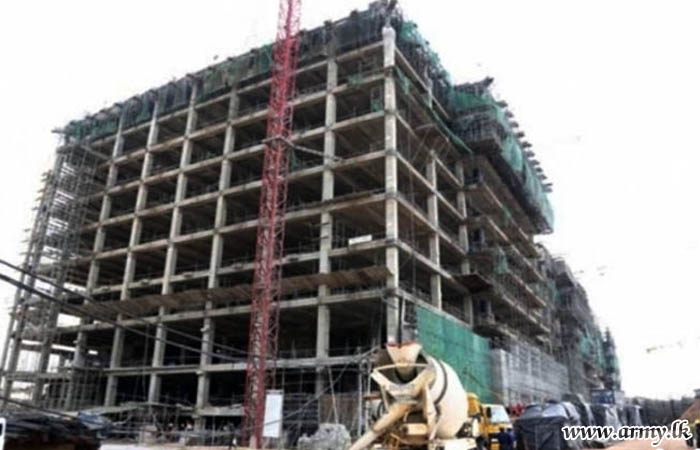 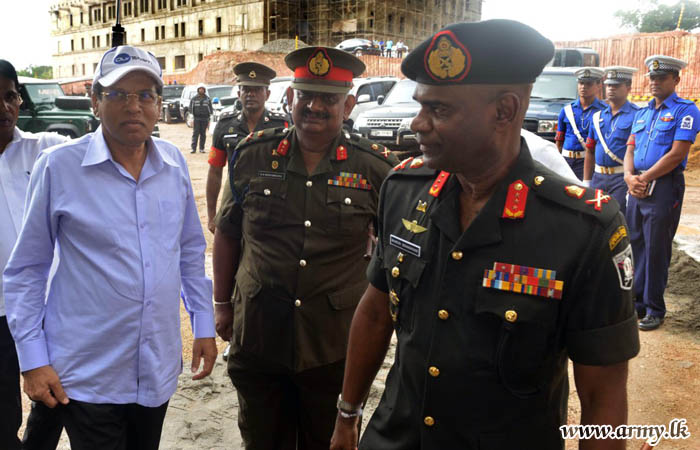 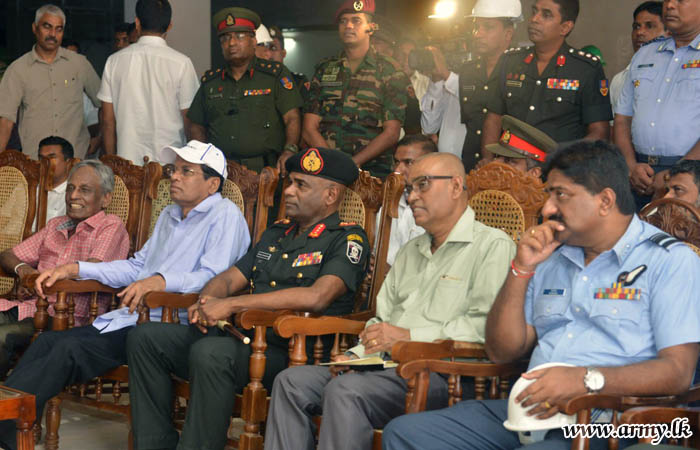 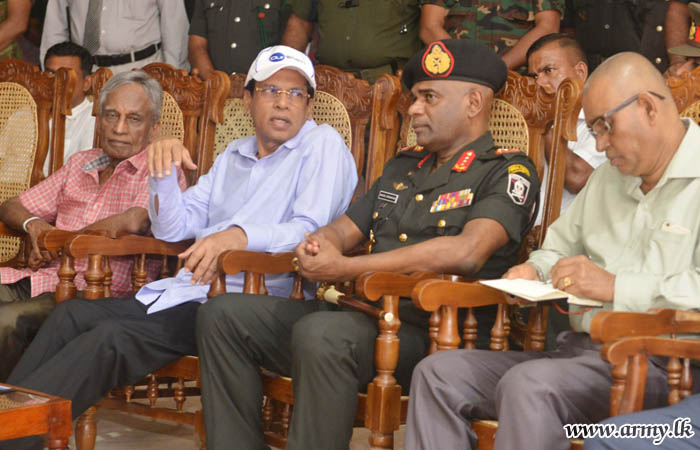 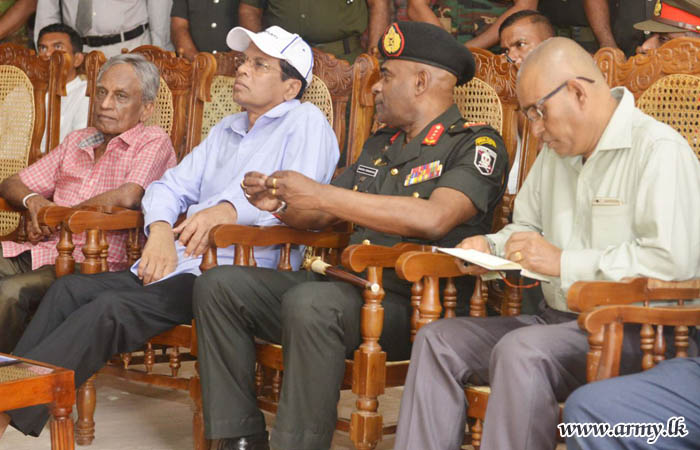 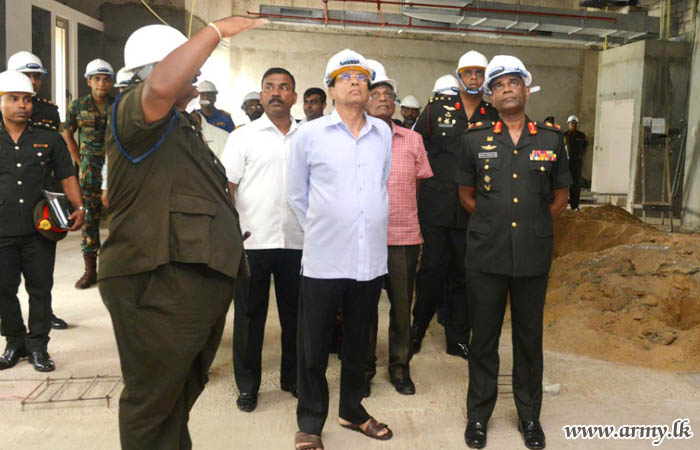 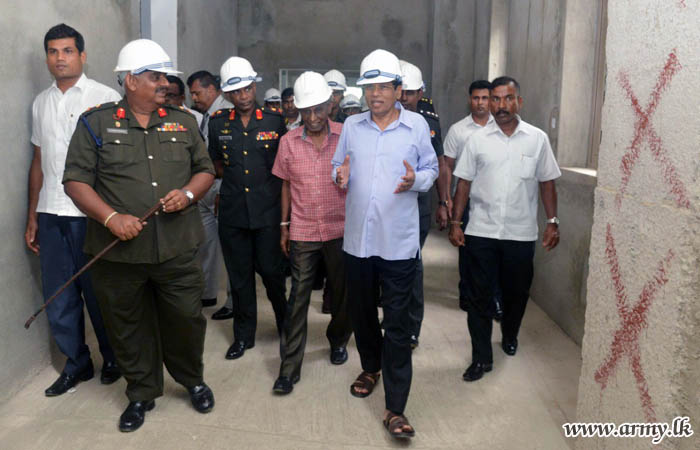 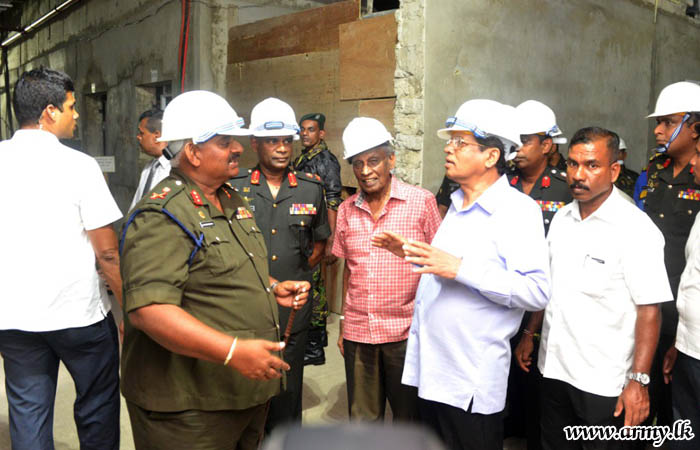 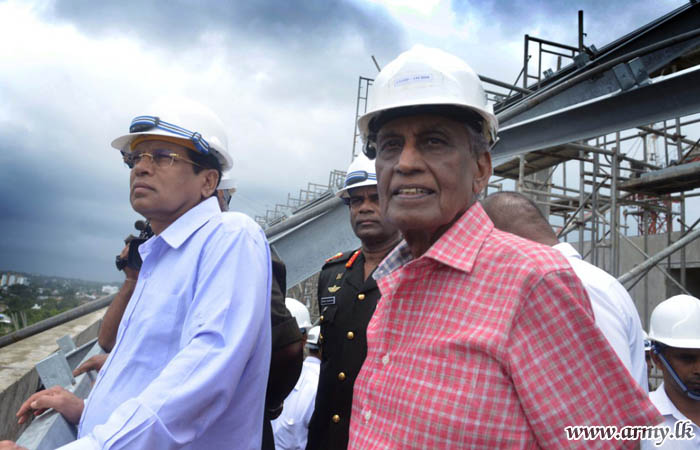 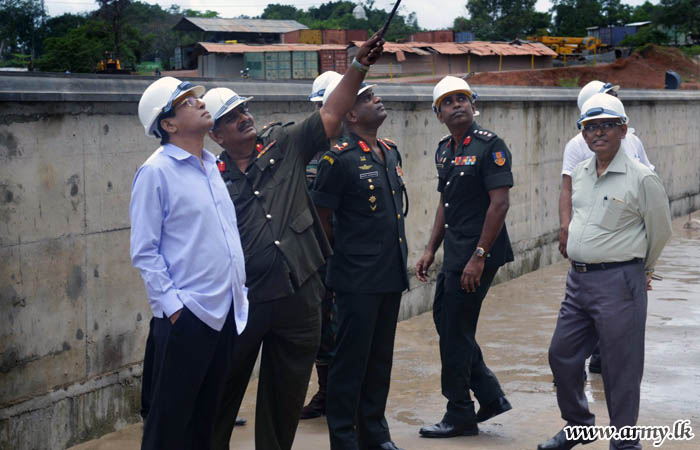 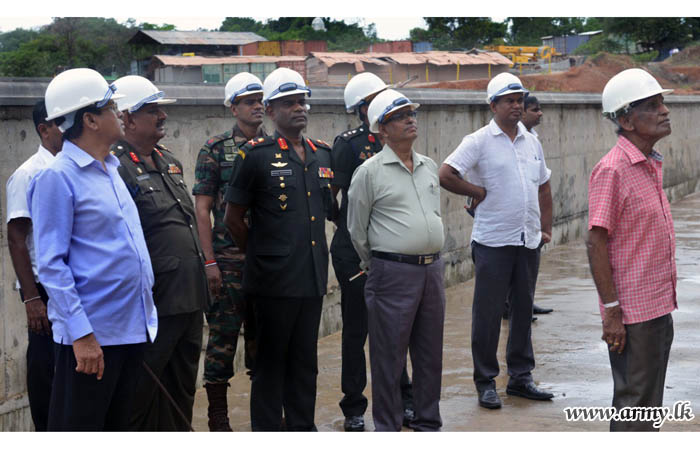 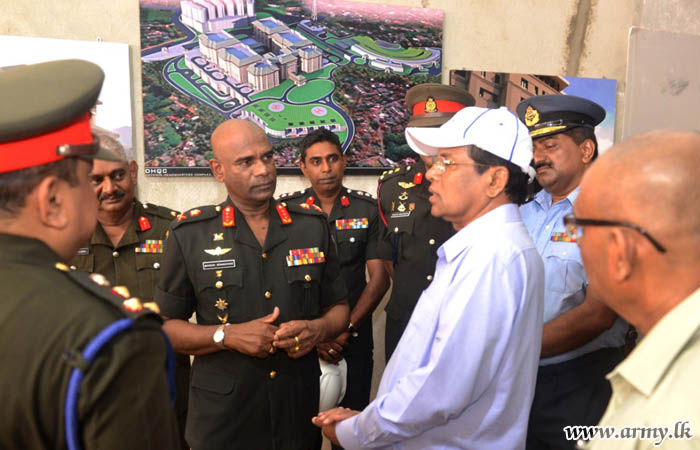 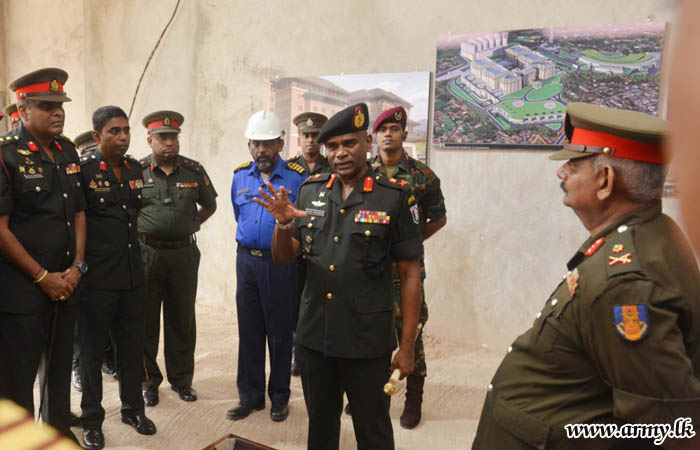