Army troops, alert to the disasters and damages, being caused to the public life and property following torrential rains are continuing their rescue, repair and relief services in full swing in several provinces, including worst-affected SFHQ areas of Mullaittivu, Kilinochchi, Central, East areas and elsewhere in the past 48 hours ending Saturday (7) evening.

Security Force Headquarters - Central (SFHQ-Cen) troops rushed to Obada Ella in Bandarawela area on Thursday (5) evening and began clearing of earth mounds that had fallen on to the railway line and earth-slips that had obstructed roads and transport.

1 Officer and 20 Other Ranks from the SFHQ-Cen took part in the emergency project on the instructions of Major General Laksiri Waduge, Commander, Security Forces - Central.

In the meantime, 112 Brigade troops of the 11 Division during 5 - 6 December were engaged in restoring normalcy in Passara and Springveli Watta areas and near the 6th Mile Post after transport was brought to standstill due to heavy rains and earth-slips.

Central troops removed those heaps of earth, boulders and mounds of soil and took steps to restore transport along roads again.

Meanwhile, Mullaittivu troops rushed to the Vallipunaam Kovil on the A35 road on Friday (6) and repaired a damaged patch on the bridge due to heavy floods and inclement weather conditions.

Similarly, troops, attached to the 19 Gemunu Watch of the 593 Brigade rescued 8 stranded individuals around the Kelani Bridge in Komulamunai of Maritimepattu Divisional Secretariat area with the assistance of the Sri Lanka Navy and carried them to their relatives for safety since their houses remain under water.

In the meantime, troops of the 222 Brigade and 5 (V) Sri Lanka Artillery under the guidance of the Commander, Security Forces - East, Major General Rasika Fernando rushed to avert an imminent major catastrophe when they timely managed to repair the flood threatened river bund of the Mahaweli River at Siththaru Samagipura.

Troops using sandbags prevented the imminent burst of the bund.

On Sunday (8), the renovated bridge was handed over to the custody of the Road Development Authority. 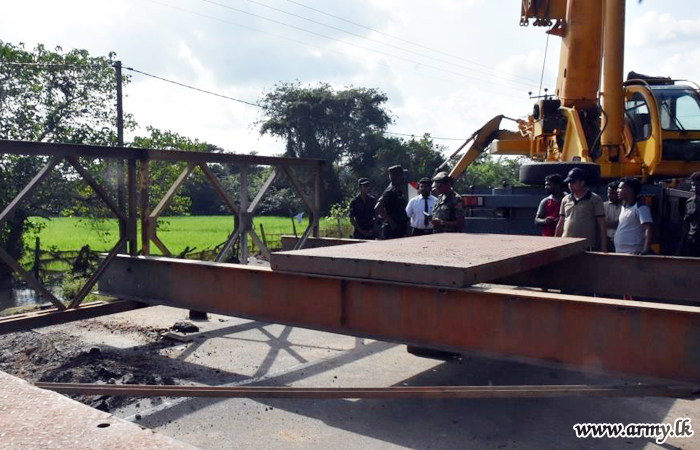 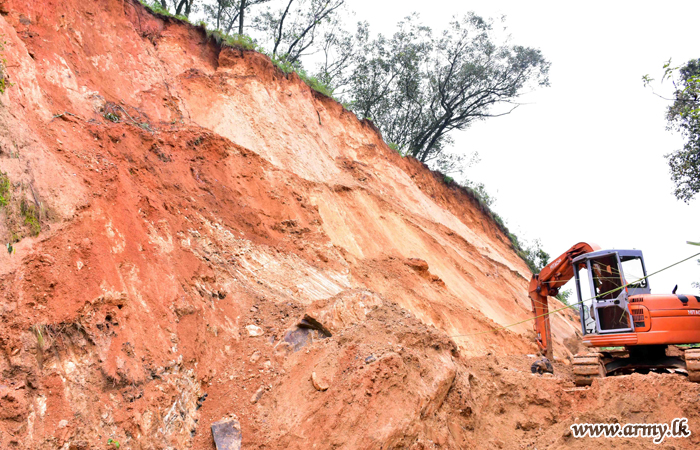 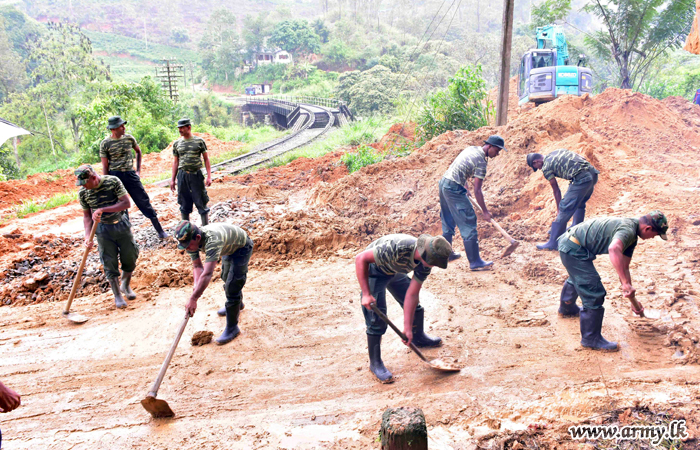 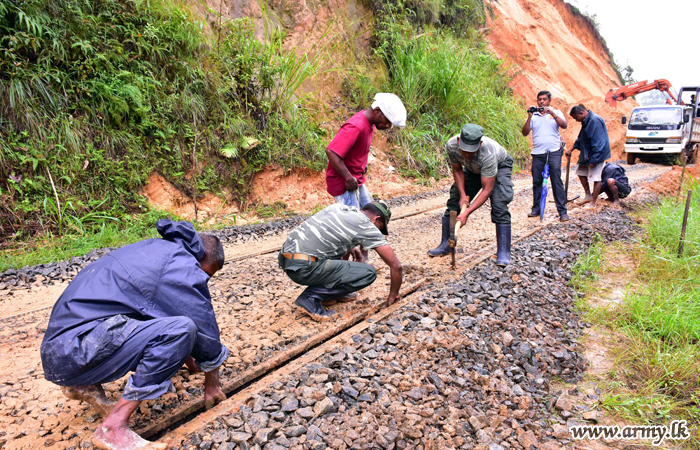 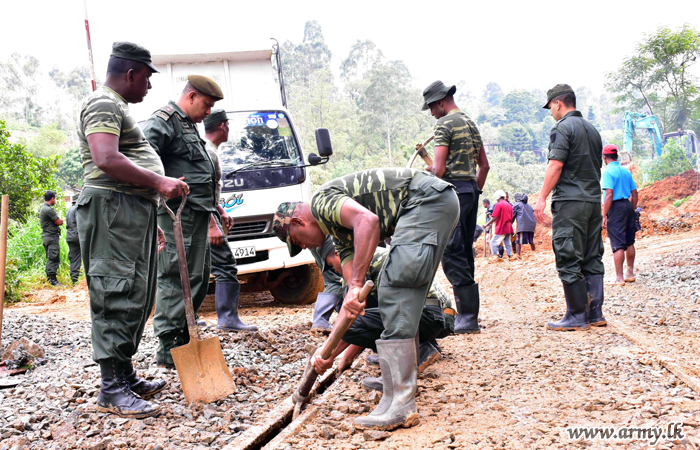 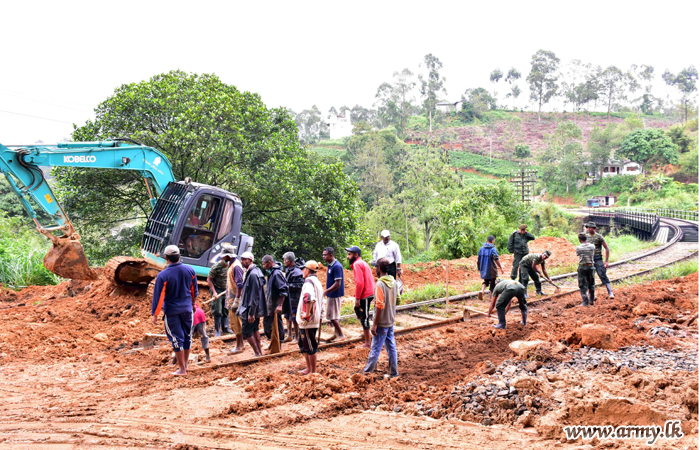 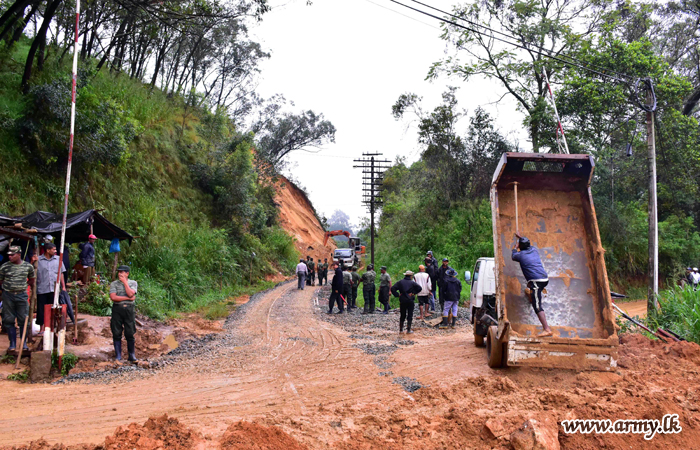 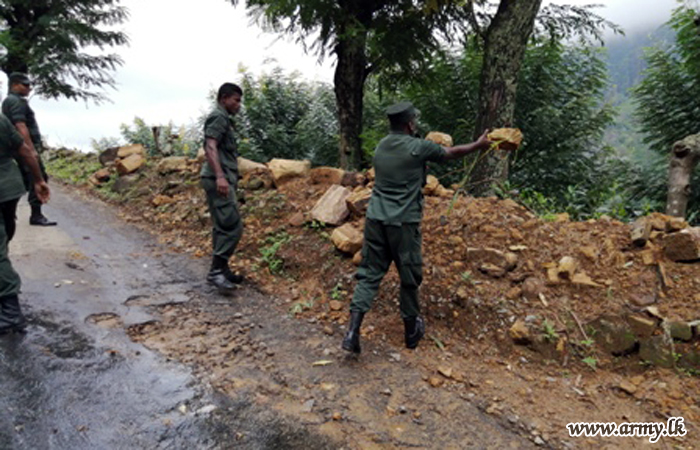 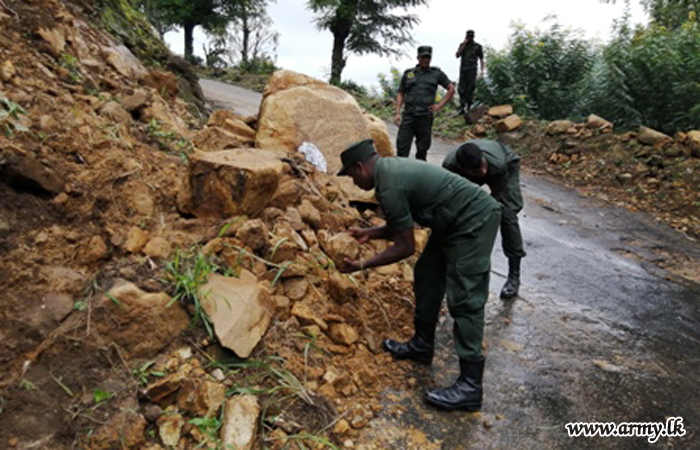 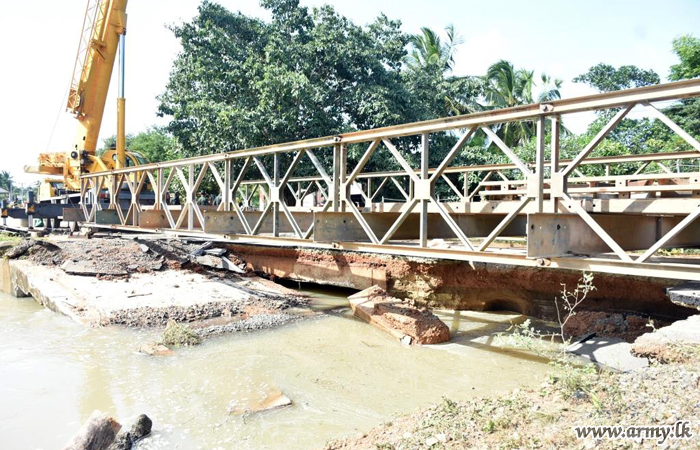 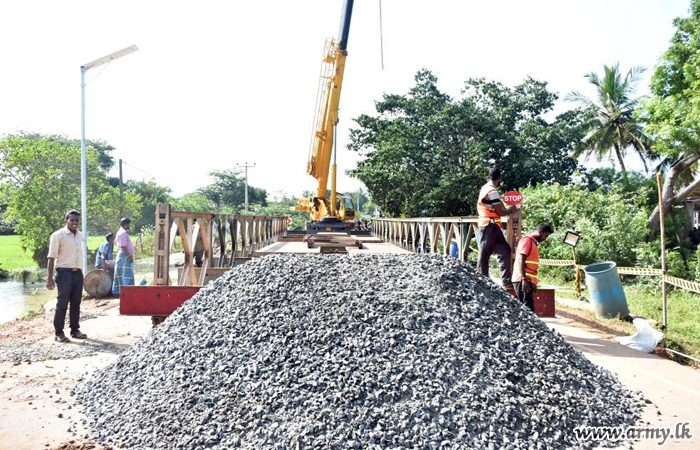 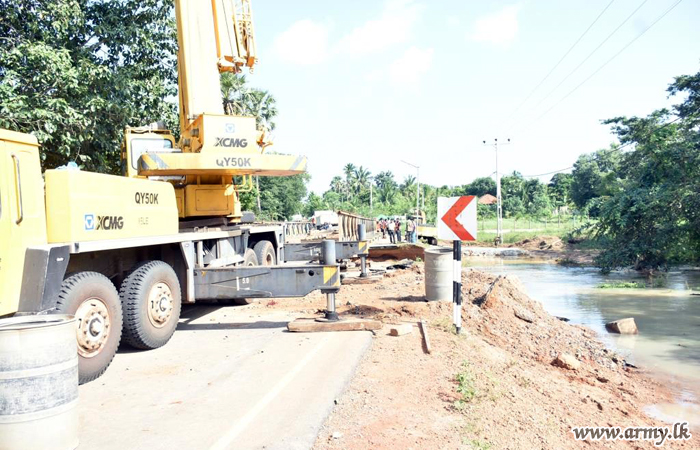 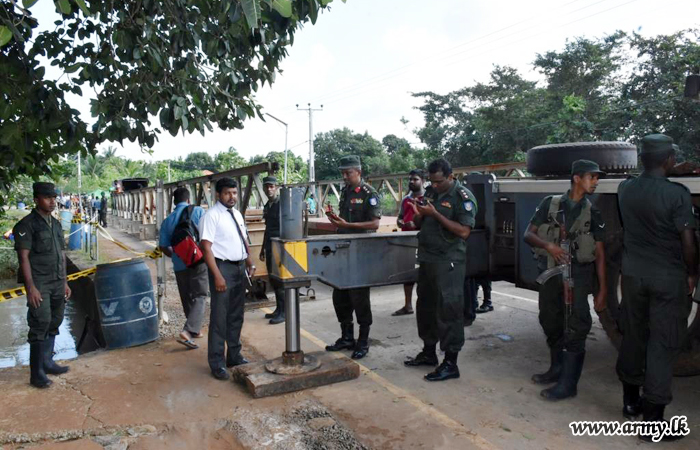 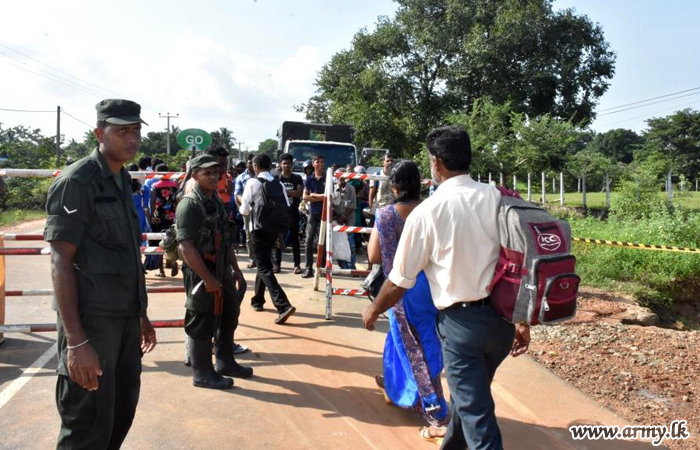 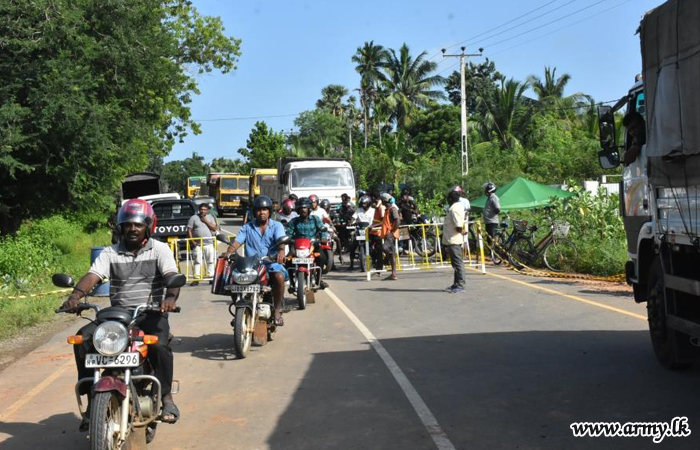 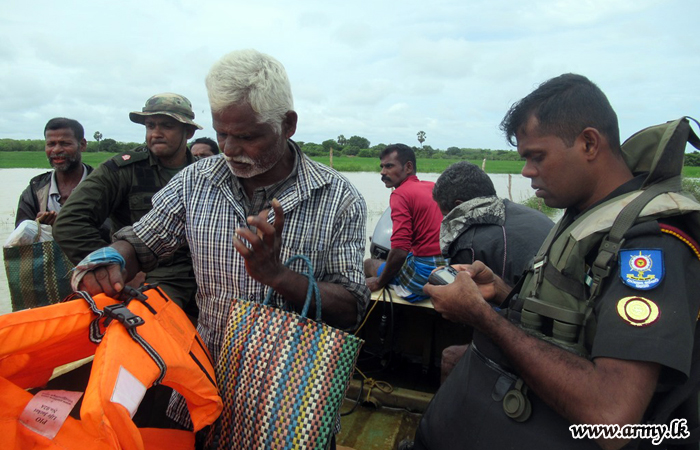 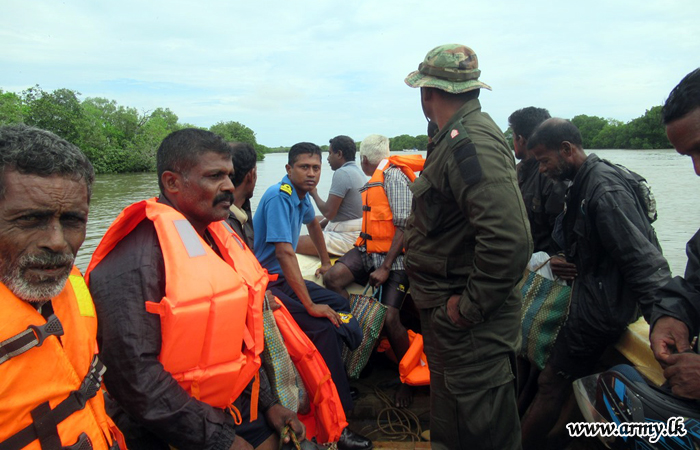 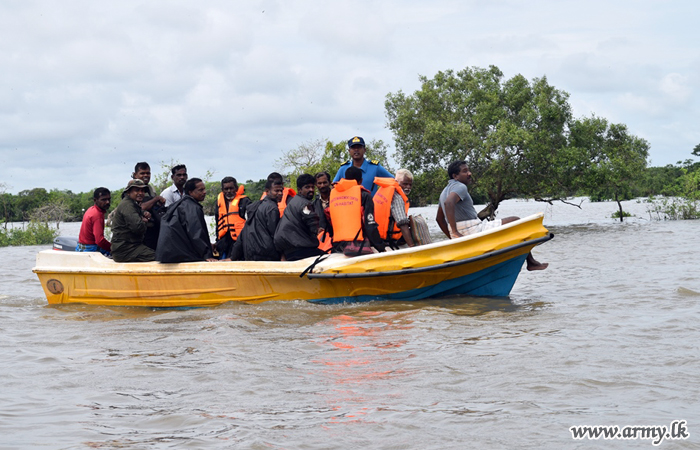 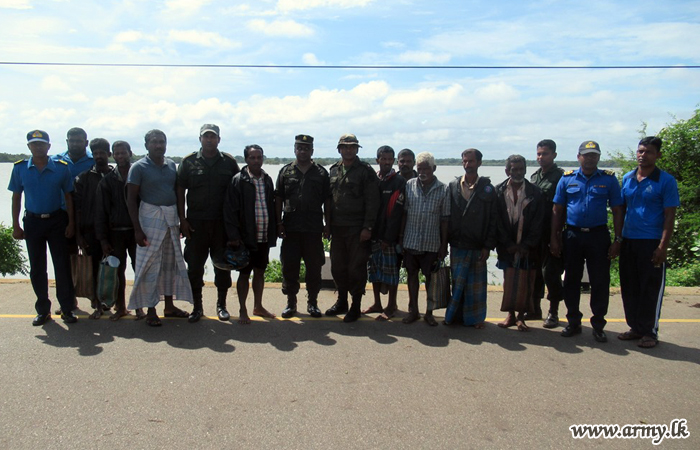 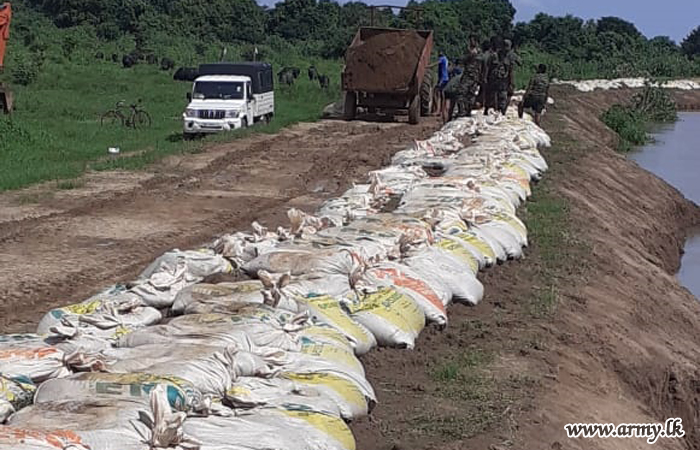