An attempt to insert the names of Sri Lanka Army-produced two identical twins, Major General Pooraka Seneviratne and Major General Jayantha Seneviratne in the Guinness Book of World Records took place this morning (30) during a formal ceremony at the Army Headquarters.

Chief of Defence Staff and Commander of the Army, Lieutenant General Shavendra Silva as the Chief Guest, together with Sri Lanka’s authorized representative for Guinness Book records, Mr Saman Amarasinghe, Chairman, National Steering Council, Guinness World Records at Ministry of Sports and Youth Affairs and a host of Senior Army Officers watched the day’s proceedings that would create history in the 71-year old Sri Lanka Army and the world history.

Those twin brothers, Major General Pooraka Seneviratne of Sri Lanka Signal Corps, Chief of Staff, Office of the Chief of Defence Staff and Major General Jayantha Seneviratne of Sri Lanka Sinha Regiment, Commander, Security Forces - West and Colonel of the Regiment Sri Lanka Sinha Regiment, the one and only twin soldiers in the Army, were born together, entered the school on the same day, studied up to Advanced Level in same classes, both served as school prefects, did sports together, enlisted to the Army together, commissioned on the same day, followed foreign courses in Quetta in the same syndicate, received simultaneous promotions in the Army, and are finally set to retire on the same day.

Thursday’s (30) formal signing ceremony at the Army Headquarters kicked off soon after the arrival of the day’s Chief Guest, Lieutenant General Shavendra Silva. Mr Saman Amarasinghe, Chairman, National Steering Council, Guinness World Records at Ministry of Sports and Youth Affairs then presented the introductory speech and set out the criteria that qualify the entry into Guinness Records and how the Army duo should fulfill those guidelines.

Afterwards, the floor was ready to listen to the day’s Chief Guest, Lieutenant General Shavendra Silva at the occasion. “A special tribute should be paid to the parents of these twin brothers at first for their parenthood and nurturing of those two sons, and I am happy to congratulate both of them for being Majors General in the Army, reaching the apex of their military career at the same time,” the Army Chief stated. He also thanked the country’s Guinness Record representative, Mr Saman Amarasinghe for his presence at the Army HQ at the Army invitation for necessary documentation and arrangements.

The gathering after a while watched a short presentation on the military career and civil life of the day’s protagonists, twin Majors General. Next, occurred the signing of formal documents by both twins seeking to qualify for entry into Guinness Records.

Assistant Registrar General, Ms Lakshika Ganepola, the official representative of the Registrar General’s Office of Birth afterwards authenticated two birth certificates of both twins and handed them over to the Chairman, National Steering Council, Guinness World Records at Ministry of Sports and Youth Affairs at the ceremony.

After a while, the day’s Chief Guest, Lieutenant General Shavendra Silva in accordance with criteria requirements authenticated all military career documents of both Majors General and delivered them to the representative of the Guinness World Records. At the same time, Mr Saman Amarasinghe awarded two letters of appreciation to both Majors General in recognition of their attempt to qualify for the Guinness World Record.

Towards the end of the day’s programme, Major General Pooraka Seneviratne, on behalf of his twin brother, proposed the vote of thanks, bringing the day’s ceremony to end. The gathering included Major General Jagath Gunawardena, Chief of Staff and Principal Staff Officers and Senior Officers.

Hidellana Pooraka Seneviratne and Hidellana Jayantha Seneviratne were born in Ratnapura, Sri Lanka on 6th September in 1965. Their Father is Hidellana Janaseeha Seneviratne and Mother is Singhawatte Leela Seneviratne. They studied at Ratnapura Seevali Central College. They enrolled to the school together on the same day and were in the same class together throughout. After passing their General Certificate of Education (Ordinary Level) Examinations in 1980 they were selected to the science stream in Mathematics before both of them from the same class followed the studies in the General Certificate of Education (Advanced Level). They during the schooling were members of the junior and senior prefects’ association and have participated in many extracurricular activities, including sports.

Having completed their secondary studies, both of them were enlisted to the Regular Force in the Sri Lanka Army together as Officer Cadets in Intake-22 on 31st October 1985. Both of them had the opportunity to undergo basic training in the Sri Lanka Military Academy in Diyatalawa and the Officers’ Training School, Mangla, in Pakistan. Having completed their basic training, they both were commissioned as Second Lieutenants on 24 July 1986 together in Pakistan. Thereafter they followed the Infantry Young Officers’ Course in Quetta, Pakistan. During that course, they pursued studies, being in the same syndicate and completed the course together and returned home.

After their commissioning, Pooraka Seneviratne was posted to the Sri Lanka Signal Corps and Jayantha Seneviratne to the Sri Lanka Sinha Regiment. Even though, they were posted to two different Regiments in the Army, they served together in various capacities in different formations and headquarters. Surprisingly, they got promoted to every rank from the Second Lieutenant to that of a Major General rank together on the same day. Opening a new chapter in the world history, they were promoted to the rank of Majors General on their birthday on 6th September 2018 at the age of 53. Hopefully, this may be the first instance where identical twin brothers who enlisted together to an Army in the world as Officer Cadets and gradually received promotions to subsequent next ranks together until elevation to the rank of Major General on the same day. These remarkable twins, Majors General are due to retire from the Sri Lanka Army, together on their 55th birthday on 6th September 2020 after completion of 35 years of exemplary service. 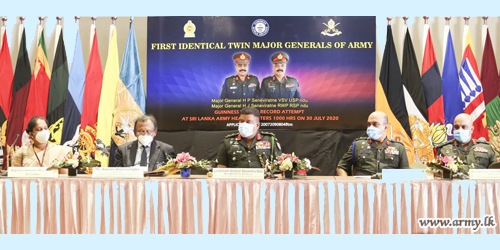 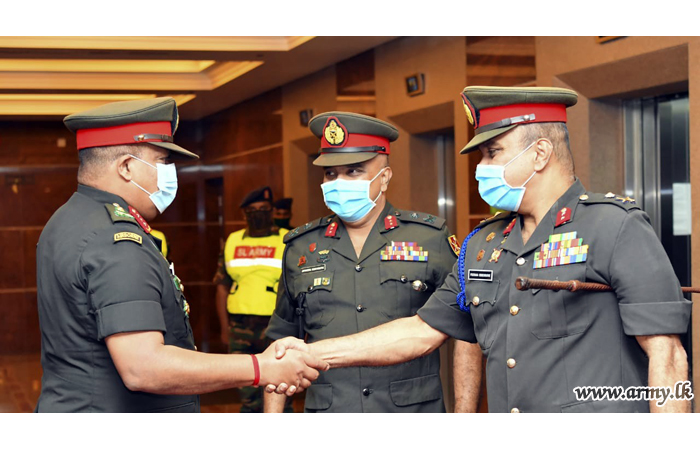 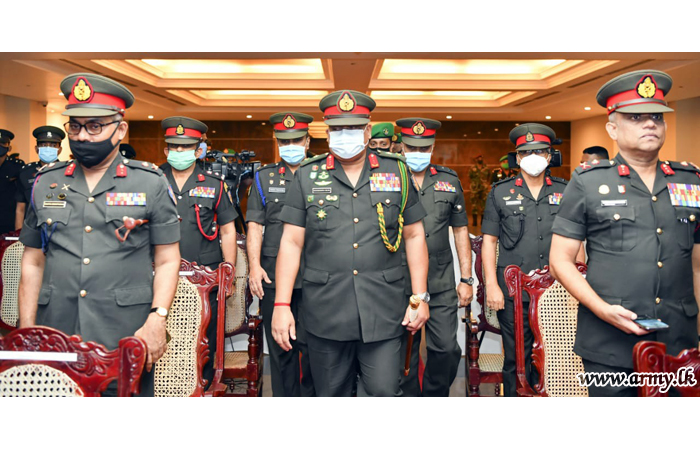 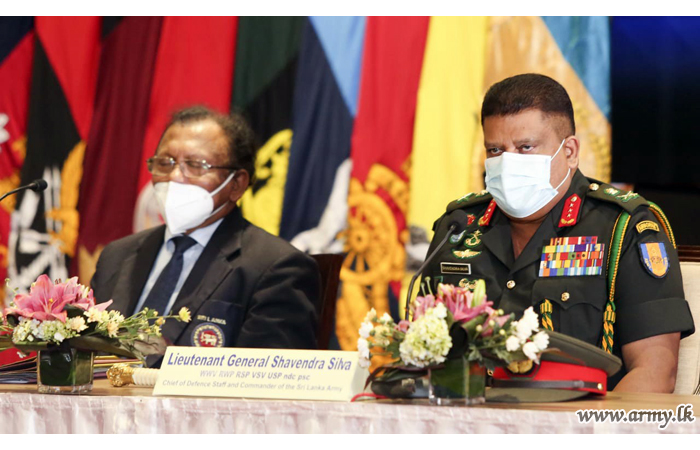 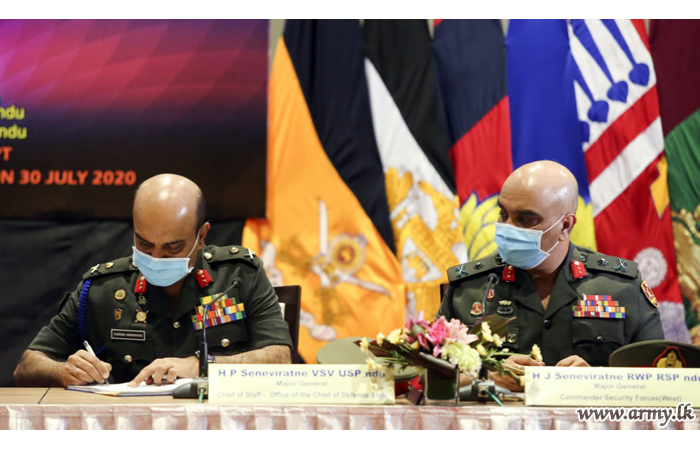 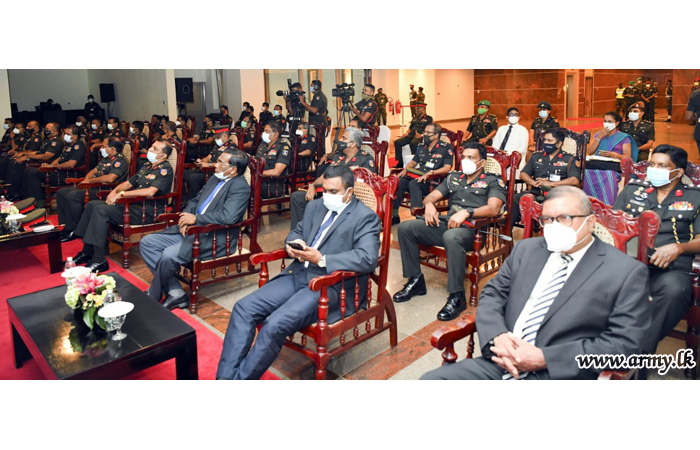 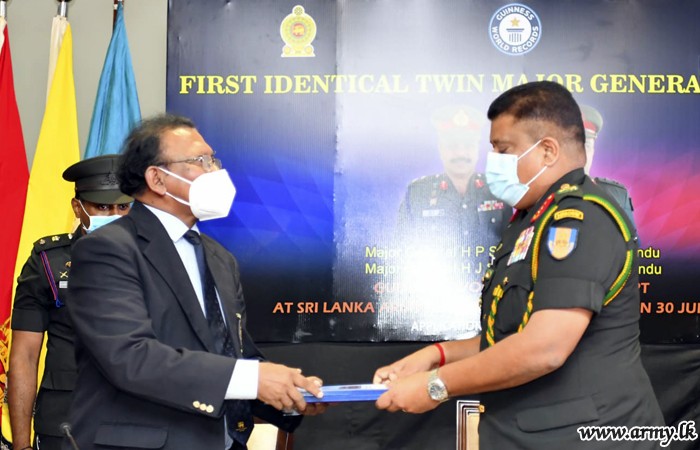 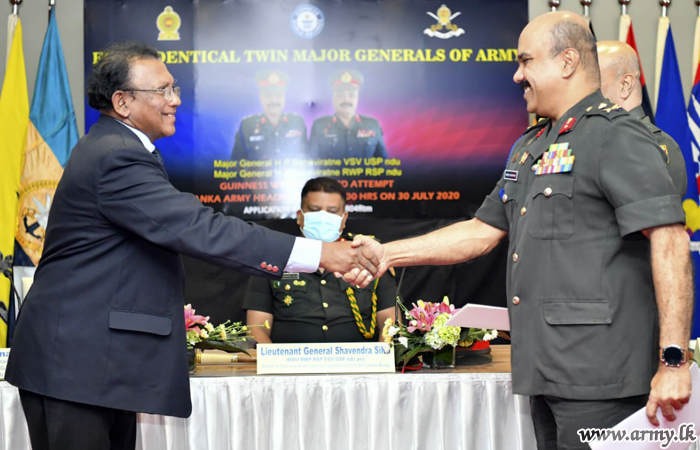 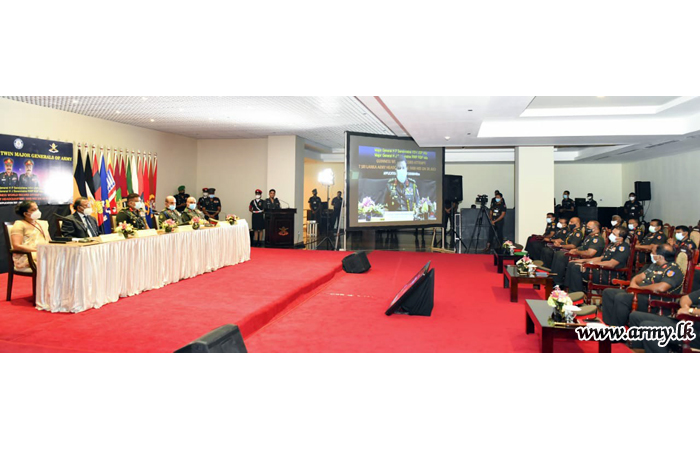 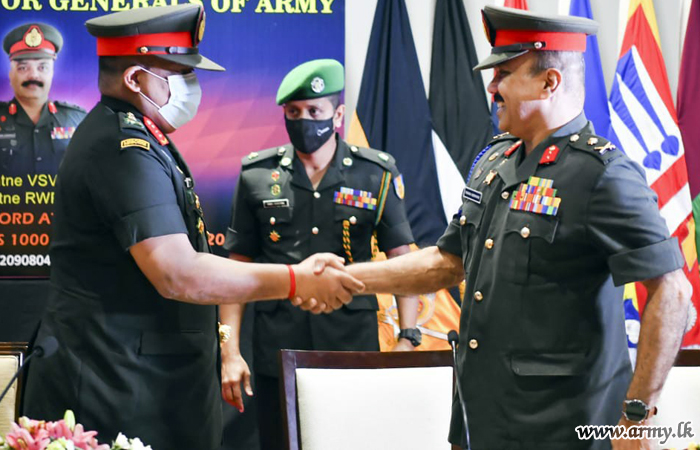