HE the President Maithripala Sirisena on account of the sacred Poson Poya Day (27) took part in several ceremonial openings in Polonnaruwa under the ongoing ‘Pibidemu Polonnaruwa’ project of the Presidential Secretariat.

HE the President Sirisena unveiled the pinnacle of the tri-service-built Dagoba (pinnacle) at the Unagala Viharaya in Polonnaruwa, in which construction work started in December 2016 as a development component of the overall project.

On the same day, the President in another sacred project opened four tri-service-built sections in the famous Dimbulagala Aranya Senasanaya (monastery). The inauguration of the residential quarters of the Maha Sangha (Awasageya), opening of the new archway (Vahalkada), renovation of Pirivena buildings and opening of the Dolosmahe lamp and Meditation cottages, most of which have been done by members of the tri-services, took place at the same occasion.

Meanwhile, the exposition of relics (Dhathu) in the sacred Gal Viharaya (Rock Temple) in Polonnaruwa was assisted by the Army on the instructions of the Commander of the Army. President Sirisena after attending religious observances at the venue inaugurated the exposition to the devotees. Lieutenant General Mahesh Senanayake, Commander of the Army was also associated with the inaugural event.

Later on, HE the President ceremonially inaugurated the ‘Pulathisi Poson Udanaya’ Poson zone in the heart of Kaduruwela, Polonnaruwa in the midst of Ministers, Commander of the Army, Commanders of the Navy and Air Force and a large gathering.

In the meantime, a mega rice ‘Dansel’, organized by the Army near Parakrama Samudra, the same evening got underway under the leadership of the President. He served the first meal portion to the sight-seers and opened the eatery, together with the Commander of the Army. The Poson zone features hundreds of colourful Poson lanterns, stage dramas, illuminations, pandols, free eateries and other decorations. 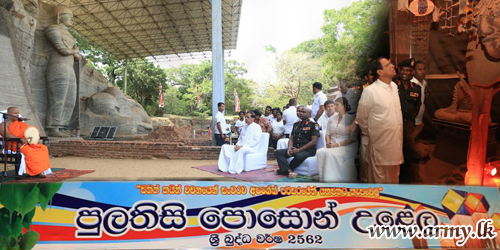 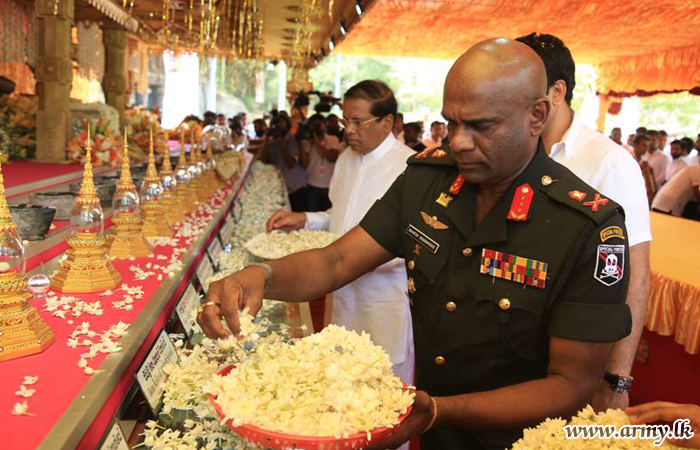 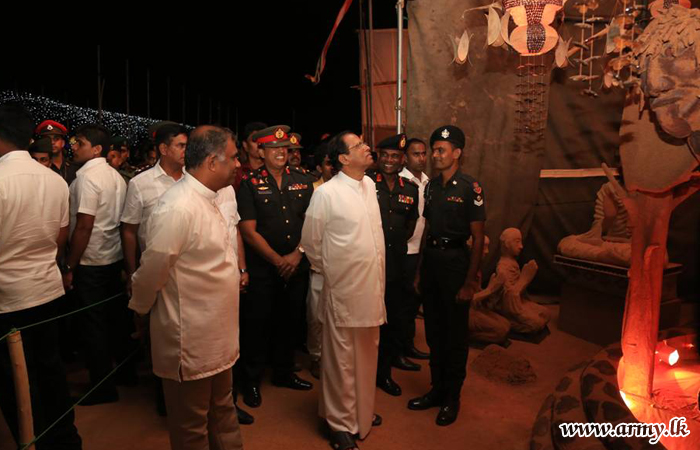 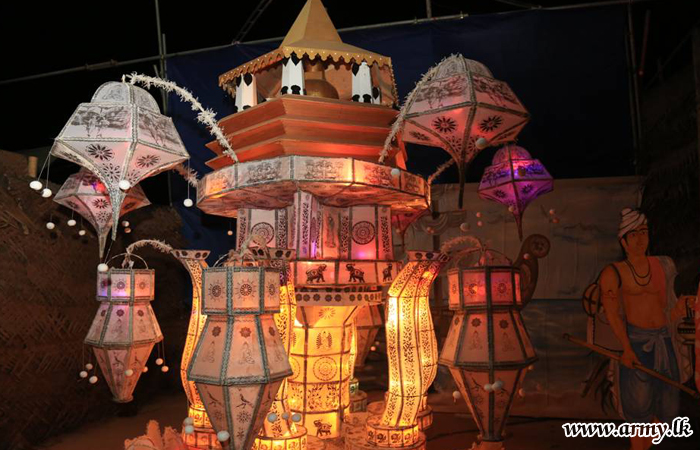 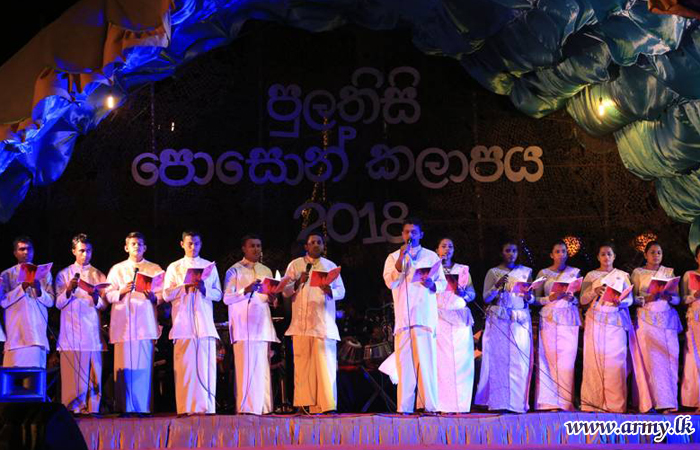