A new Army-constructed house for a low-income family in Polonnaruwa under the ‘Pibidemu Polonnaruwa’ (Awakening of Polonnaruwa) District Development Project of the ‘Rajarata Navodaya’ of the Presidential Secretariat was vested with the beneficiary, Mr W. Sarath Kumara, a resident at Polonnaruwa during a ceremony.

The project got to a start in January this year and ended in late January on the direction of the office of the ‘Pibidemu Polonnaruwa’ district development project under the supervision of the Presidential Secretariat. 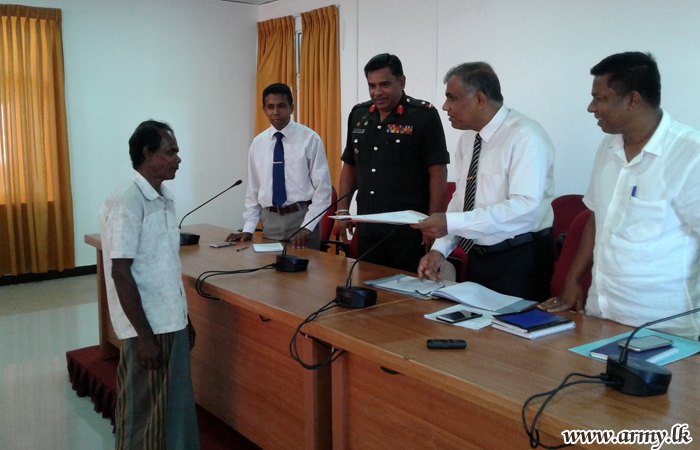 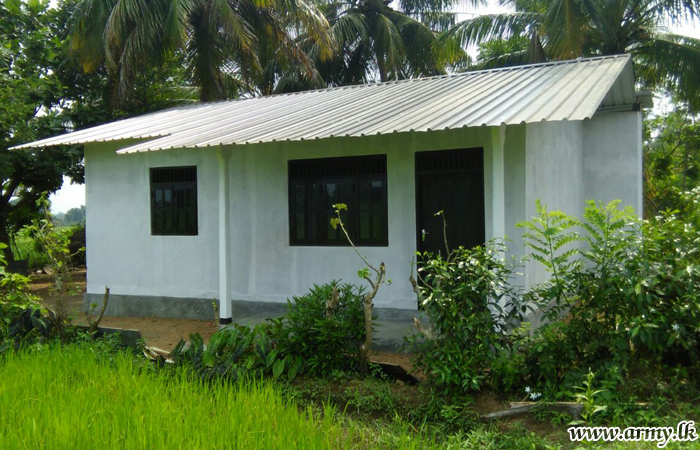