9 Sri Lanka Sinha Regiment (SLSR) troops, based in Gothamigama, Sella Kataragama under the 121 Brigade of the Security Force Headquarters - Central (SFHQ-C) coordinated the donation of three hydraulic beds and a stock of necessary accessories to the ‘Meth Sewana’ Home for Physically-Handicapped Children at Handapanagala, Wellawaya on Monday (6).

Dr. Neil Premarathna, domiciled in Australia, spending his own money, bought those hydraulic beds, each worth Rs 275,000/= to the Children’s Home for donation in response to a personal request, made by Lieutenant Colonel M.G.N Malandeniya, Commanding Officer, 9 SLSR to this effect.

9 SLSR troops in the meantime joined hands together and sponsored the donation of five parcels of consumable items, each worth Rs 2,000/= to the same Children’s Home, giving their helping-hand to the humanitarian project.

Towards the end of the programme, the inmates were entertained to a lunch treat, organized by 9 SLSR troops. 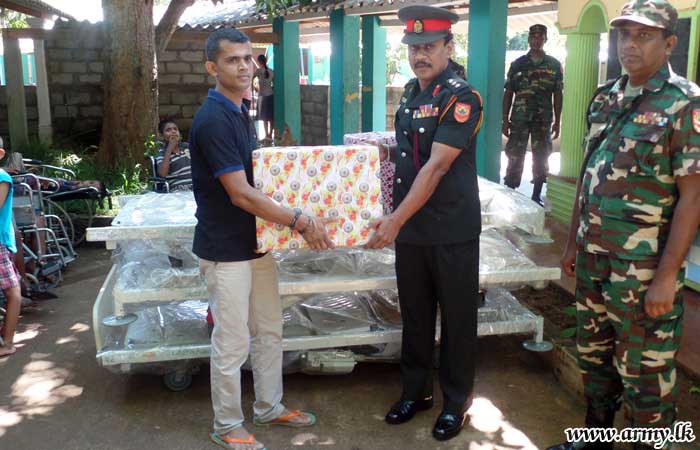 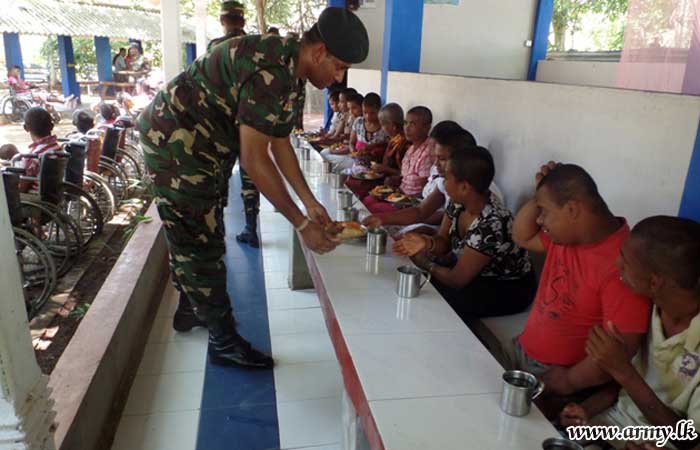 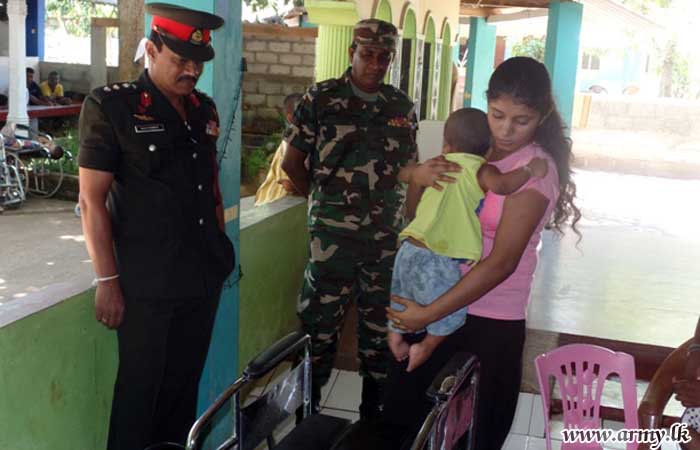 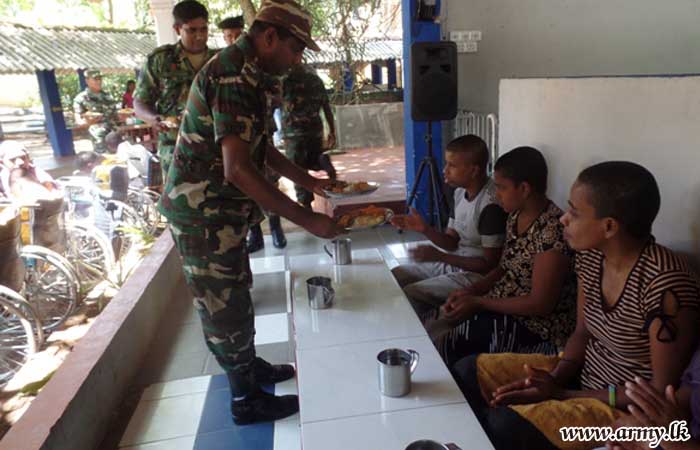