Large stocks of coconut fertilizer were distributed among low-income groups in Pooneryn area thru the coordination done by the 5 Mechanized Infantry Regiment (MIR) and the 661 Brigade Headquarters of the 66 Division on Wednesday (14) following an initiative taken by Major General Duminda Keppetiwalana, General Officer Commanding, 66 Division.

After a survey found out that poor coconut cultivators in the general areas of Pooneryn have been badly affected due to lack of fertilizer although they are into the coconut cultivation in the areas after agricultural experts recommended the same.

The 66 Division earlier provided those interested parties with coconut saplings in their hundreds following patronage extended to the GOC by Silver Mill Company in Mirigama. The same company offered free stocks of fertilizer to those coconut cultivators as an incentive, provided to low-income group families.

A training programme on the use of fertilization for coconut seedlings also took place at the same time after the distribution of free fertilizer stocks to the cultivators at Arasapurakulam Battalion Training School in Pooneryn.

Regional Manager, Divisional Coconut Development Board in Jaffna, Mr Vigundan delivered a comprehensive briefing on the use of fertilizer and what fertilization means to the trees and beneficiaries.

This programme was planned and organized by the 661 Infantry Brigade Commander Colonel G.R.R.P Jayawardana and the 5 (V) MIR Battalion Headquarters. 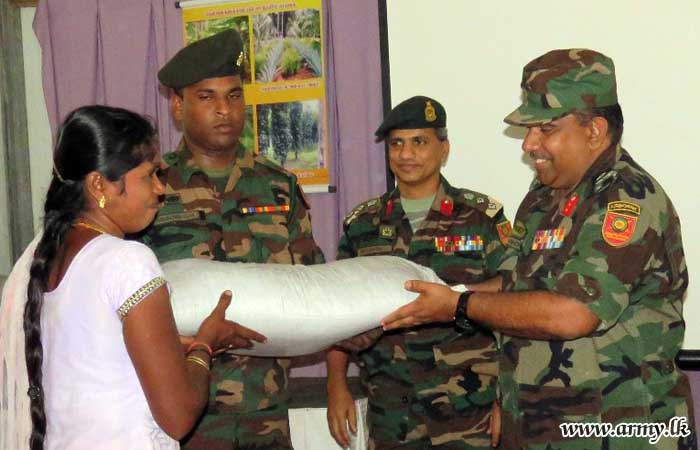 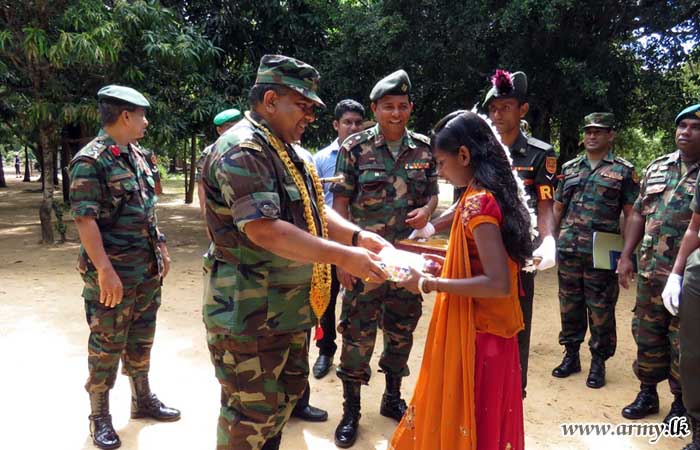 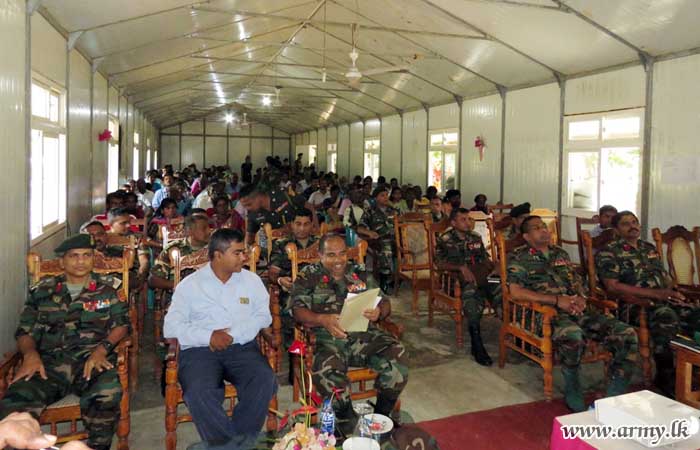 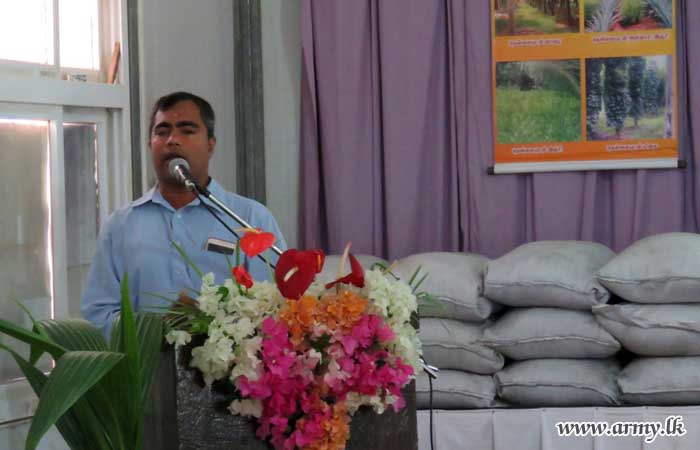 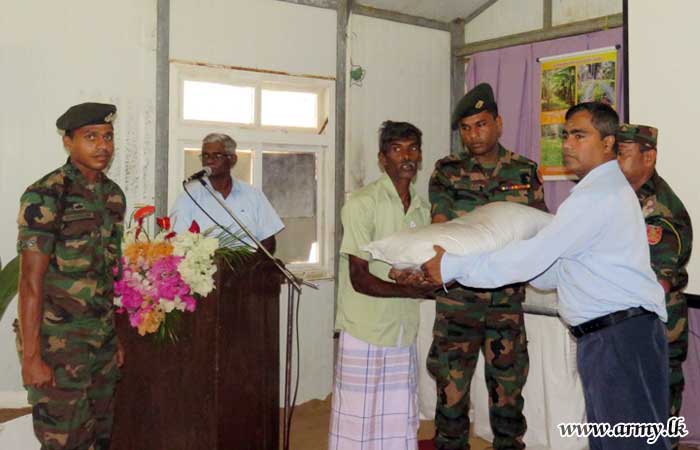 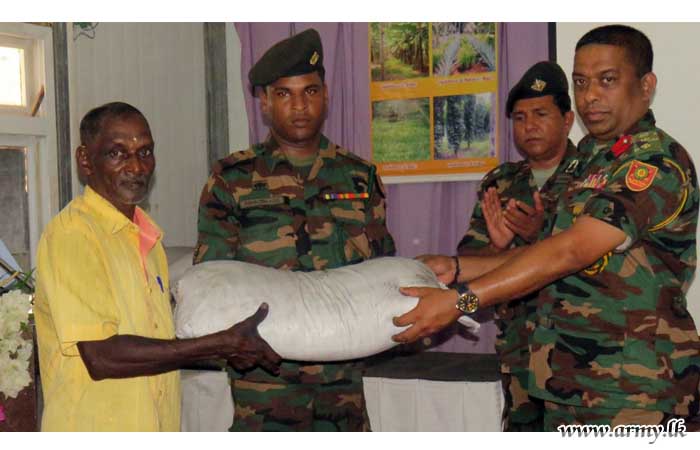 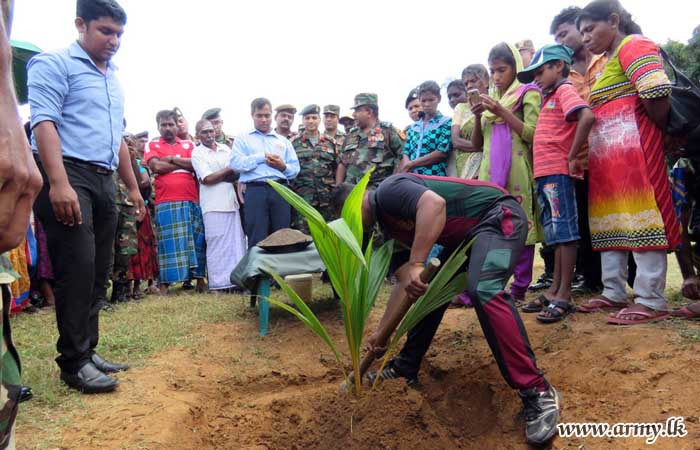 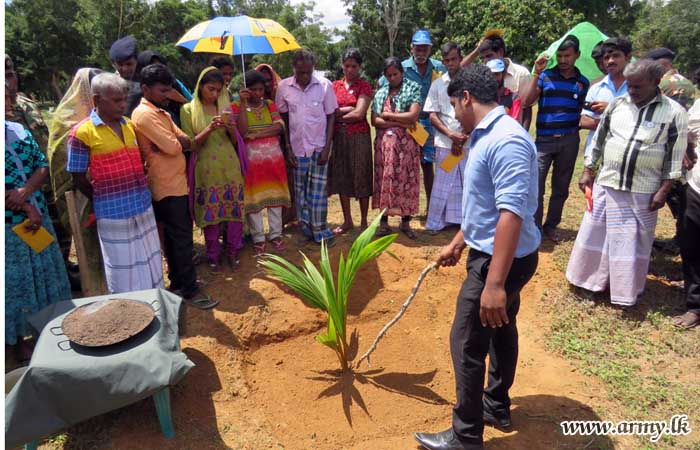 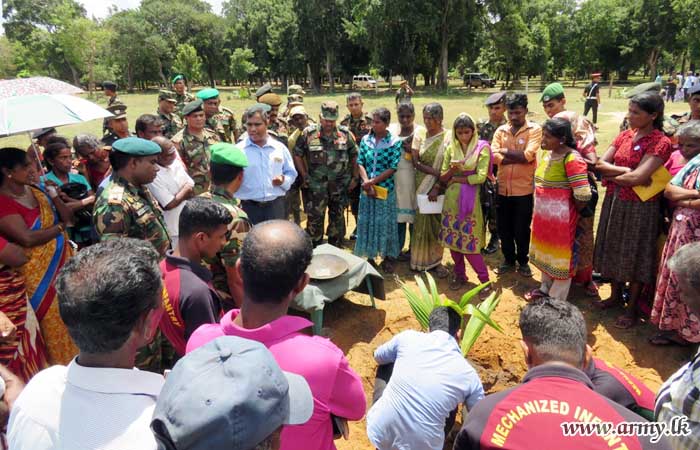