To be in line with the government’s ongoing ‘Waga Sangramaya’ national drive, 233 Brigade Headquarters of the Security Force Headquarters - East (SFHQ-E) took steps to distribute 1500 coconut saplings among poverty-stricken 200 families in Ambandanaweli and Komathalamudu villages in the general area of Vakarai on Friday (20).

Coconut Development Board in close cooperation with the 233 Brigade Headquarters supplied those saplings at the invitation of Colonel Chandra Jayaweera, 233 Brigade Commander. After making a close observation, both those Ambandanaweli and Komathalamudu villages were selected after a soil test by relevant authorities.

Ms Premani Ravirajani, Regional Manager at Coconut Development Board and its officials, together with 233 Brigade Commander, Mr S Indrakumar, Secretary to Vakarai Pradeshiya Sabha, Ms Dharmani Kamalanidhi, Accountant at Vakarai Divisional Secretariat and several others went to each household and distributed those saplings.

Meanwhile, 72 students at Mutuwella Vidyalaya in the general area of Vakarai received school accessories free of charge as a donation from Ven Buresegoda Vijithananda Thero on account of his 72nd birthday. Similarly, dry ration packets and household items for six pregnant women and a needy family were also distributed during the same occasion at Mutuwella Vidyalaya. The welfare project, organized by 18 Sri Lanka National Guard (SLNG) and 17 (V) Sri Lanka Light Infantry (SLLI) troops of the 233 Brigade, was attended by the donor monk and 15 Buddhist monks who supported the supply of those relief items. 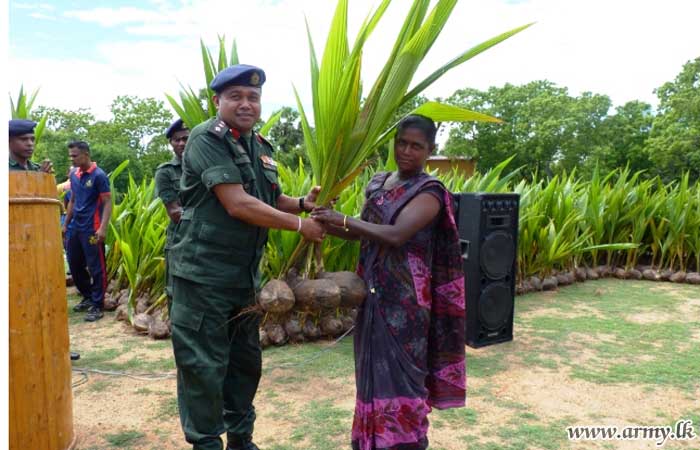 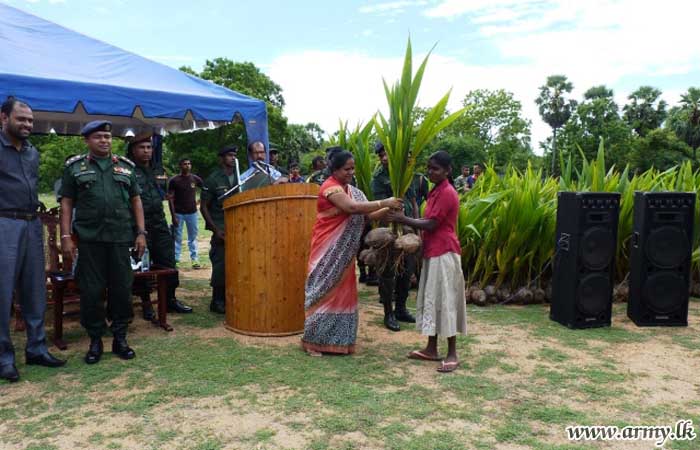 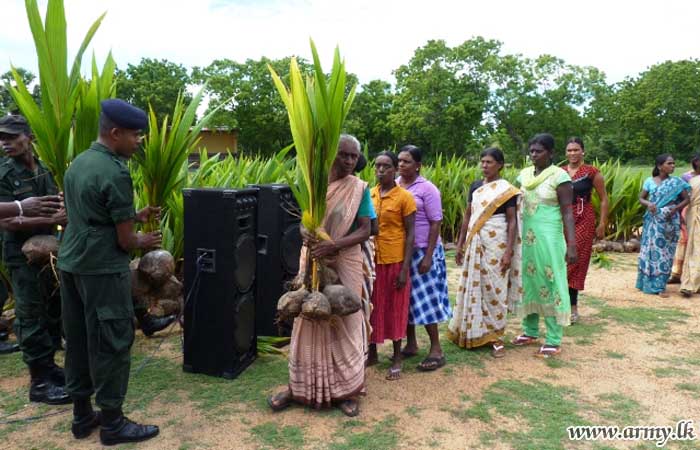 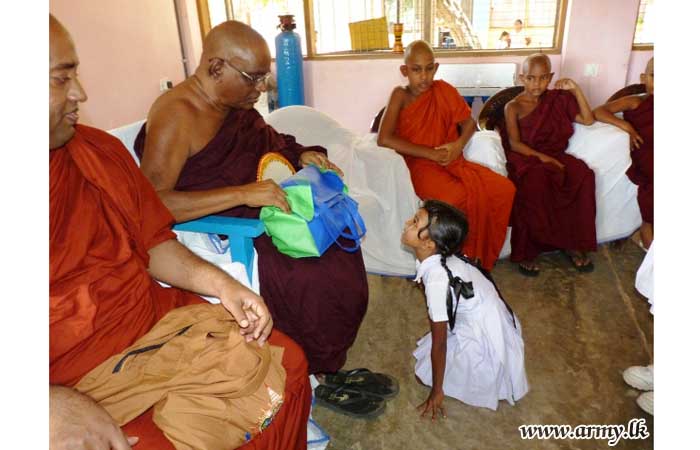 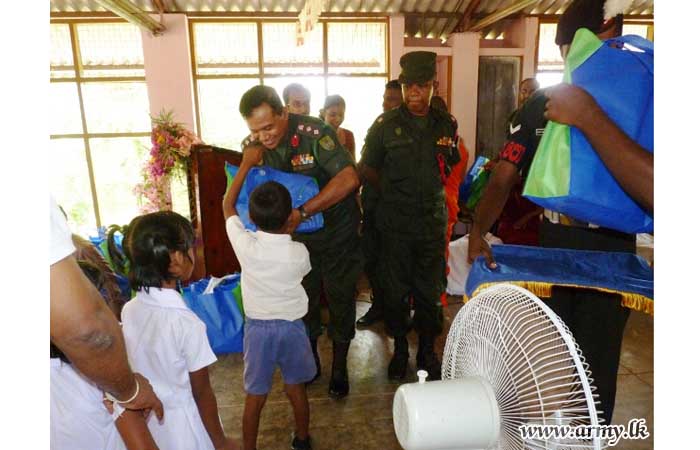 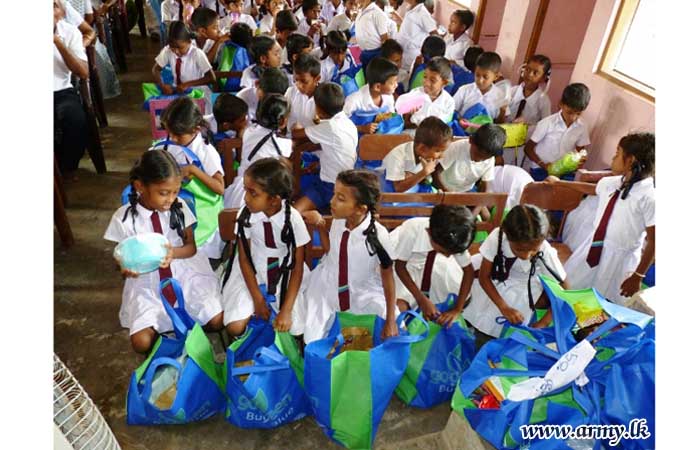