Organizers of the 22nd ‘Ranaviru Day’ (War Heroes Day) commemoration at D.S Senanayake College, Colombo 08 which also marks its 50th anniversary, added dignity and solemnity to the event by inviting Lieutenant General Crisanthe De Silva, Commander of the Army as the Chief Guest to Thursday (23) morning’s commemorative event at the College premises.

Members of the National Cadet Corps in a Guard of Honour College held at the premises saluted the day’s Chief Guest after the Principal, Mr R.N.N Rathnayake warmly welcomed him in the company of the Senior President of the Old Boys’ Association (OBA), Mr Madura Wickramarathne and the President, OBA, Mr Susantha Dissanayake on arrival at the main gate.

A few minutes later, the Commander of the Army was invited to revere the memory of fallen War Heroes at the Senanayakians’ War Heroes’ monument, one of the firsts to establish in a school premises, by placing a floral wreath at it.

A subsequent meeting that got underway at the same occasion invited the Chief Guest to address the gathering. Lieutenant General Crishanthe De Silva thanking the College for inviting him once again to the occasion, spoke high of the discipline that works in the Army career and how this College contributed to produce those valiant men for service of the motherland. “Your College has set an example to be in harmony with the cherished motto, ‘Country Before Self’ by gifting those fallen War Heroes for the sake of the country’s territorial integrity,” the Commander quipped.

D.S Senanayake College which has now emerged as one of the most leading national schools in the island, had lost a total of 33 college-produced War Heroes during the wartime period. A special state-of-the-art War Hero monument that came into being in the College premises has turned out to be a living memory since a clock, fixed to it chimes every 45 minutes during College hours for separation of College periods.

Principal, Mr R.N.N Rathnayake addressed the gathering and spoke high of the sacrifices of ‘Senanayakians’ when the country needed them at the most crucial moment of our history. A memento was also presented to the Commander on the same occasion before the signed the Collage visitors’ book.

Brigadier H.J.S Gunawardane, Director Plans of the Army, an old Senanayakian and a large gathering of tri service officers attended the event. 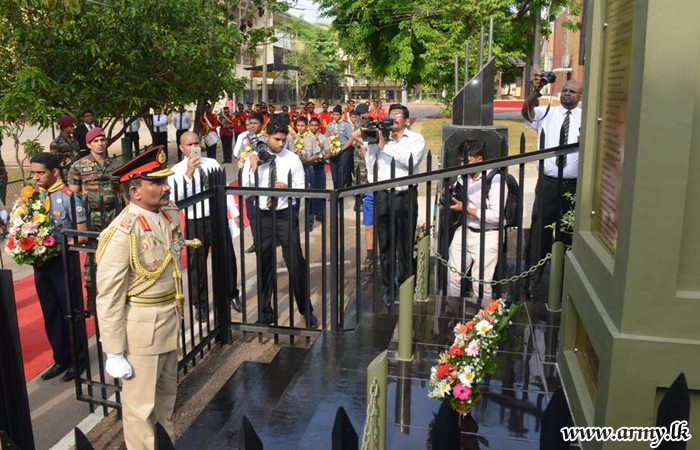 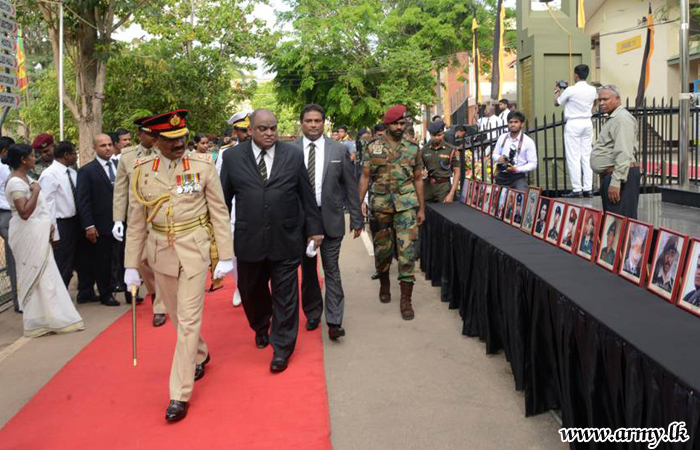 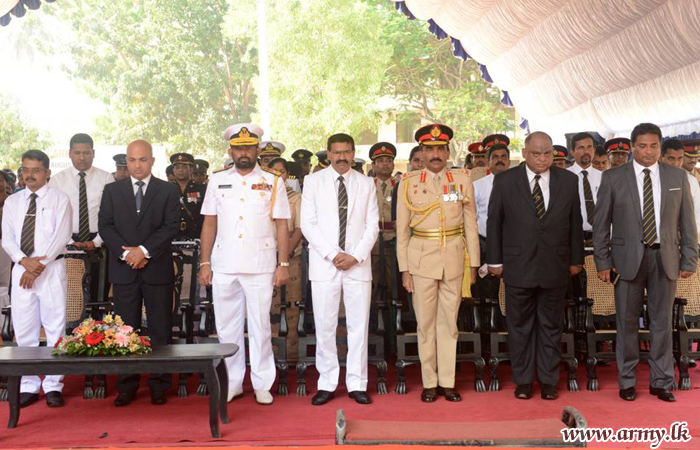 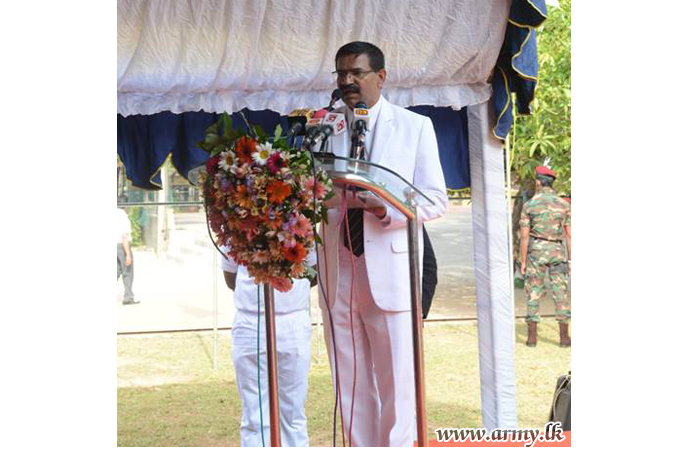 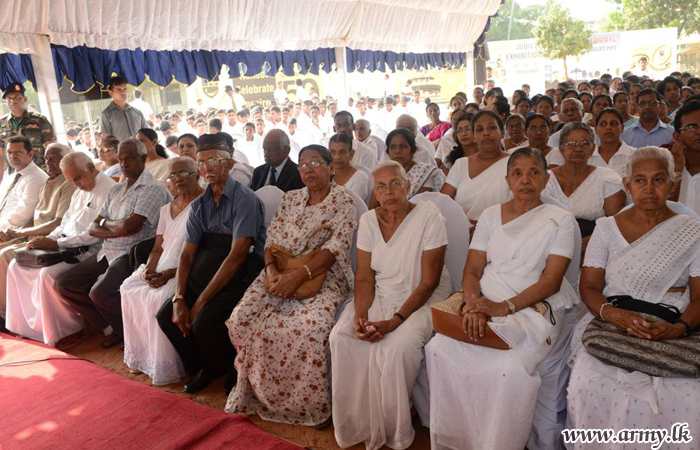 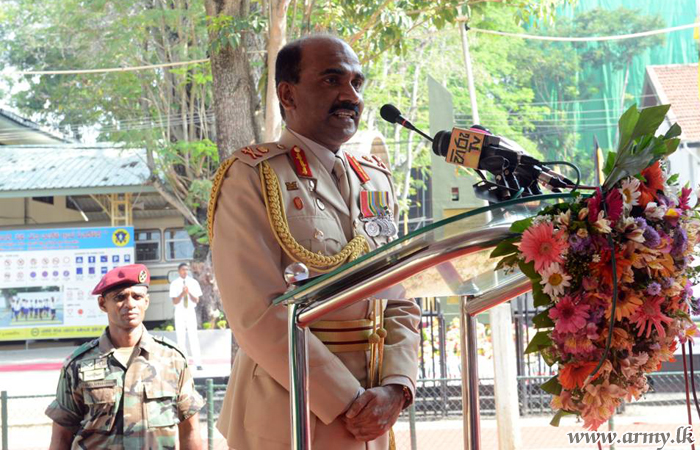 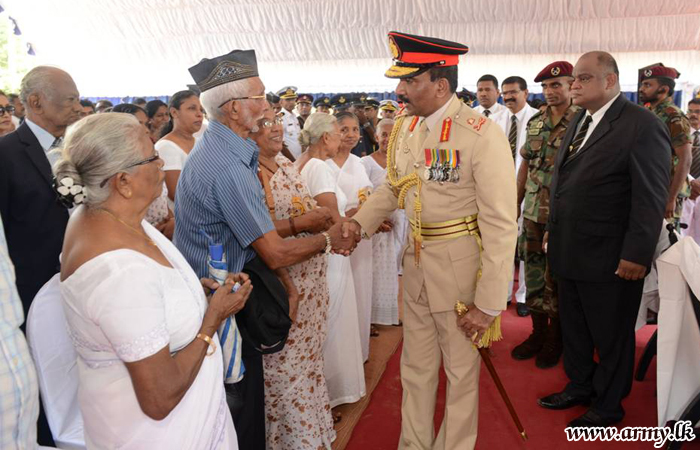 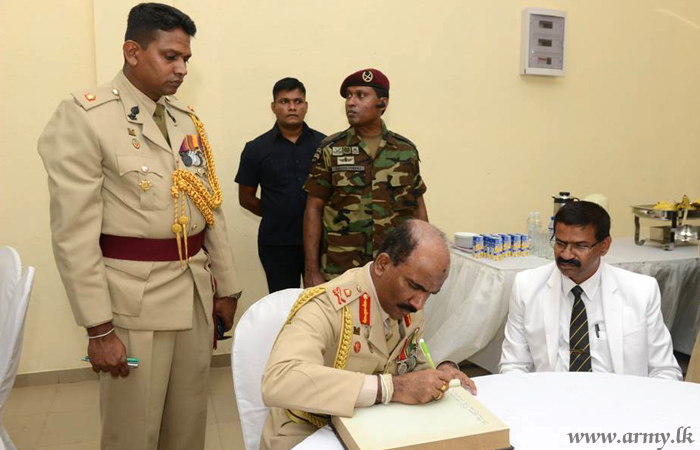