Enabling a total of 129 War Heroes under rehabilitation and recuperation to receive a deserving respite from their day's routine agenda, they all were taken on a pilgrimage to Kataragama during 23-25 July on an initiative taken by the Commander of the Army, Lieutenant General Mahesh Senanayake after all arrangements to that effect were put in place by the Directorate of Rehabilitation of the Army.

Hailed it as a tribute to those War Heroes who had donated their legs and limbs for defence of the country around the time their achievements were marking a decade of peace and reconciliation, the three-day pilgrimage for those wheelchair-ridden War Heroes from 'Abimansala I, II & III, Mihindu Seth Medura and Ragama Ranaviru Sevana included a Kap Ruk Pooja at Kiri Vehera, Kiripindu Pooja, Special Offerings to Devalaya and participation in 'Kawadi' dancing session.

On the directions of Brigadier W.S Rajakaruna, Director Rehabilitation, seven Officers and assistants to those physically-handicapped War Heroes facilitated their passage to the sacred city after they all were collected from different locations.

Commander of the Army, Lieutenant General Mahesh Senanayake joined them at Katargama and took part in the offerings and other arrangements while sharing a couple thoughts with them. Monks performing religious observances and chieftains at Kataragama Devalaya with special pooja invoked blessings on those War Heroes and wished them speedy recovery. 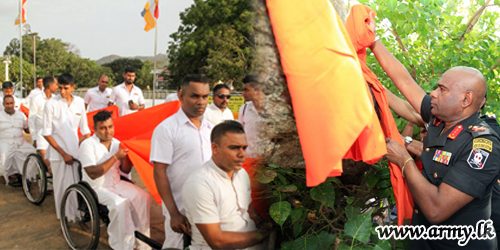 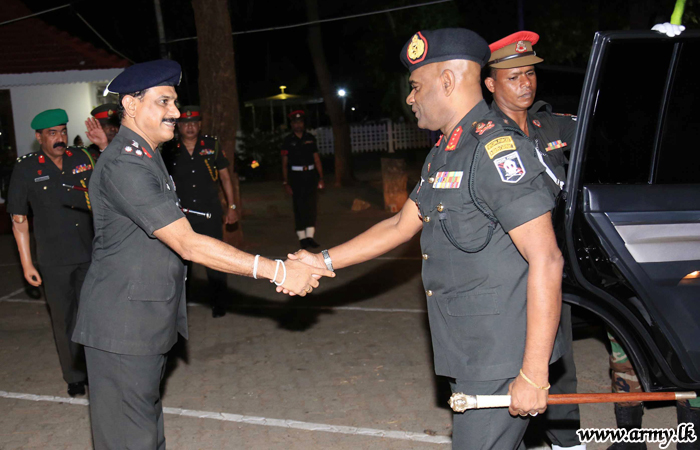 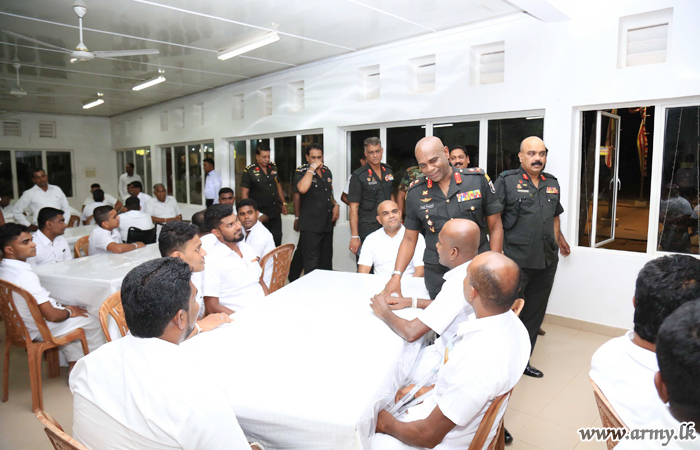 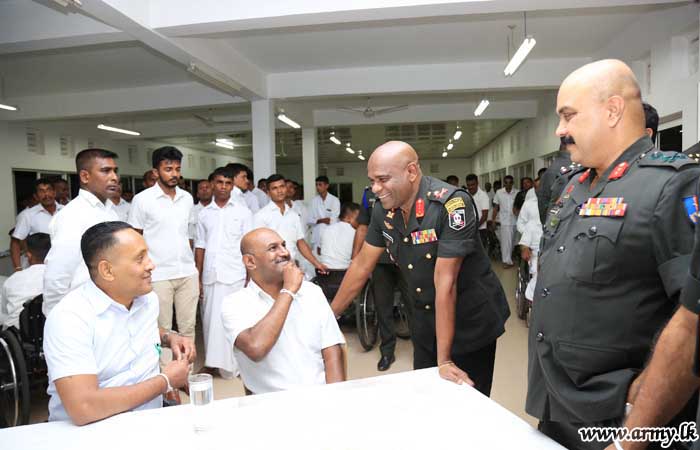 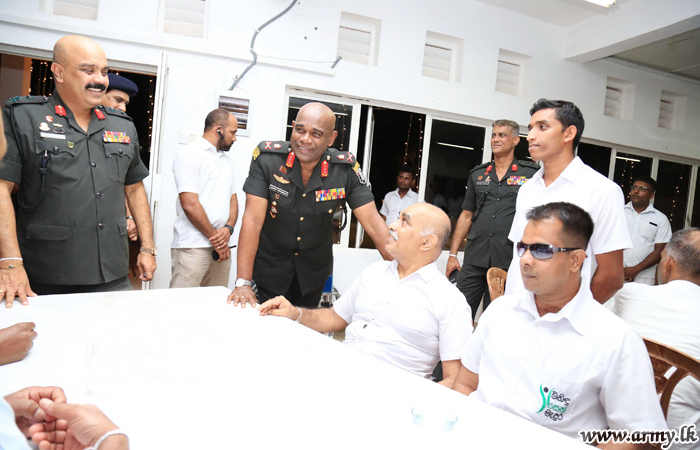 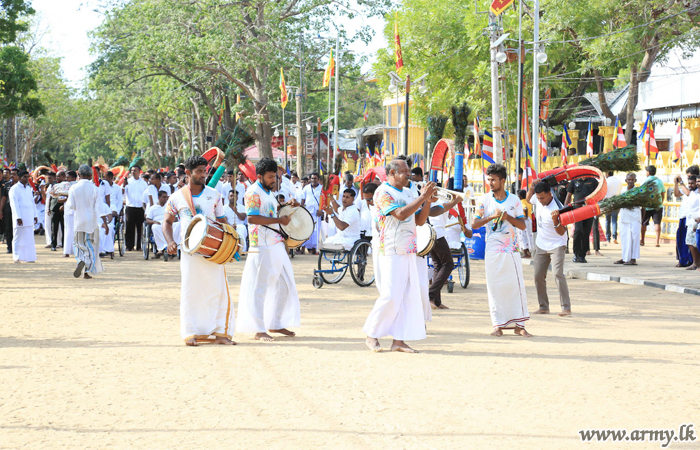 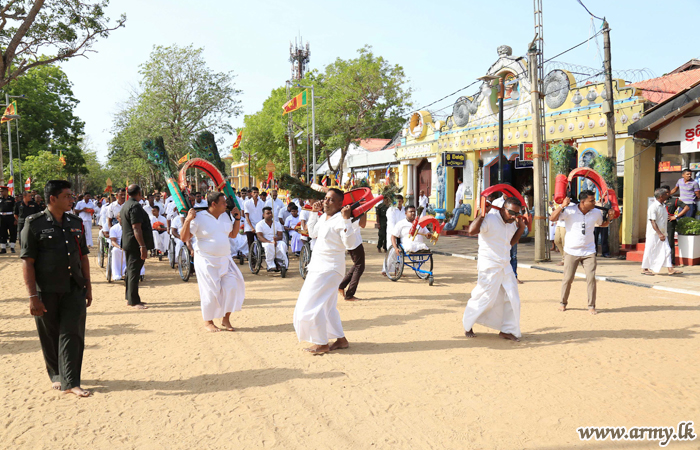 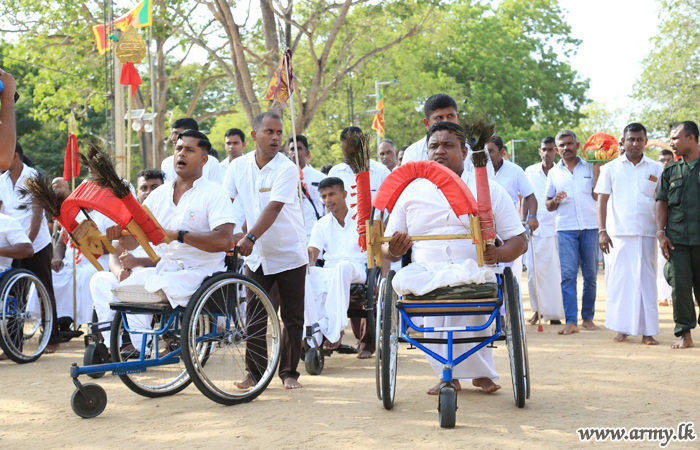 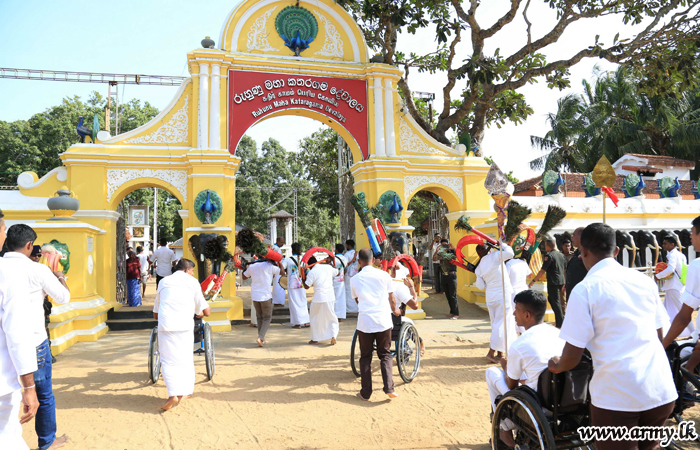 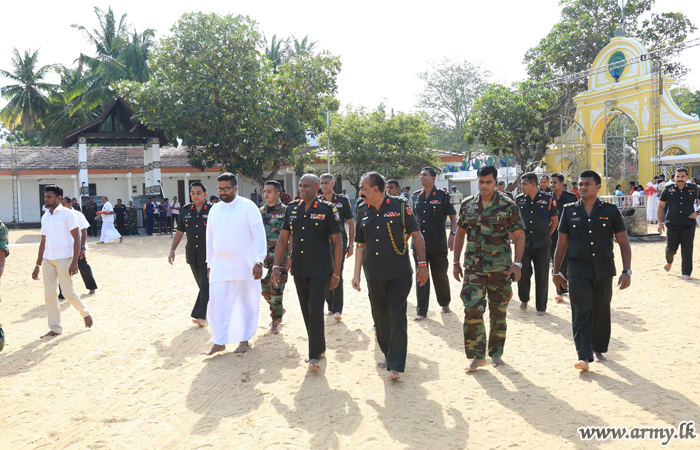 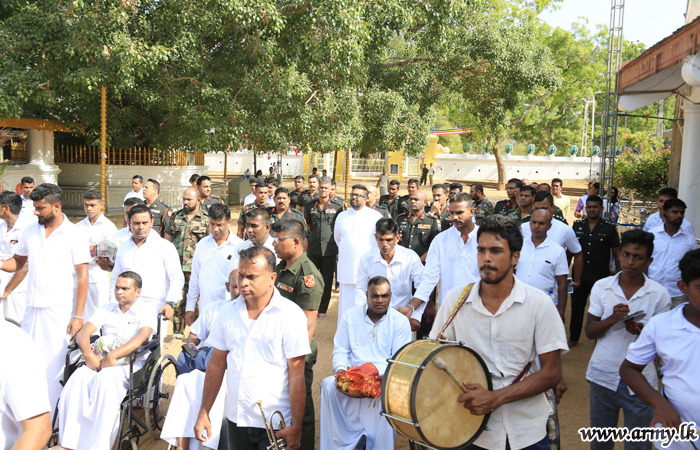 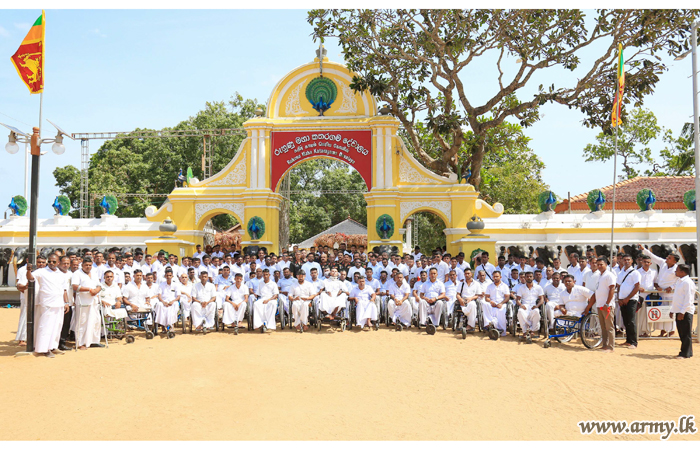