On National Independence Day (4 Feb), Lieutenant Colonel Sujeewa Batagalla, Contingent Commander of the Force Protection Company (FPC) for the United Nations Interim Force in Lebanon (UNIFIL) in the company of a cross section of the contingent troops hoisted the national flag, sang the national anthem, observed the 2-minute silence to remember fallen War Heroes at the UNIFIL Base before the Contingent Commander read out the message of the Commander of the Army, issued on account of the 73rd Independence day ceremony.

Subsequently, the Deputy Force Commander – UNIFIL Brigadier General Irvine Nii-Ayitey Aryeetey visited the Sri Lanka Force Protection Company at 10.00 am and was received presenting a Guard Turnout. The Contingent Commander after extending a hearty welcome invited the visiting Deputy Force Commander (DFC) to pin the new rank insignia on Major Sagara Peiris who has been promoted on the Independence Day in Sri Lanka.

After a briefing, the visiting DFC addressed the troops, appreciating UNIFIL troops for their loyalty and professionalism while performing their duties. The Officer Commanding presented a memento to the DFC as a token of appreciation of his visit.

Meanwhile, Army troops-managed SRIMED Level 2 Hospital in South Sudan joined the celebration of the 73rd Independence Day on 4th February 2021. The Contingent used this historic day to conduct a "Shramadana' campaign in the general area of the UNMISS Base.

A tree planting campaign also conducted at the venue on the Independence Day in coordination with the Sri Lanka Aviation (SRAVI) unit. 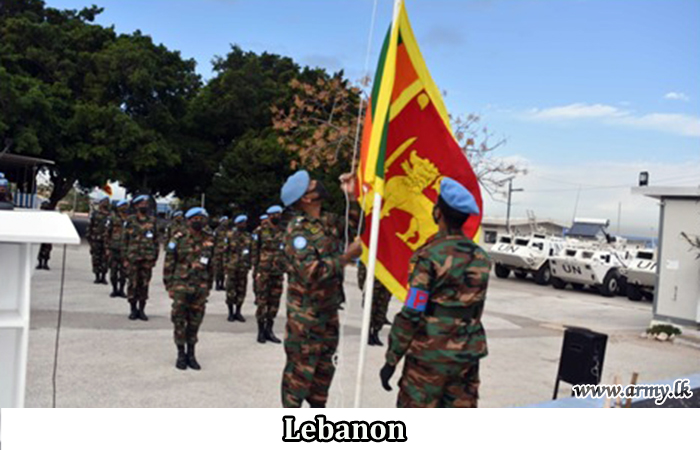 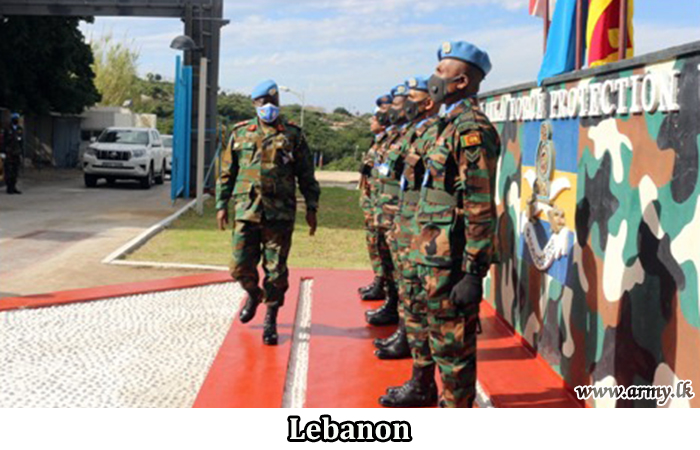 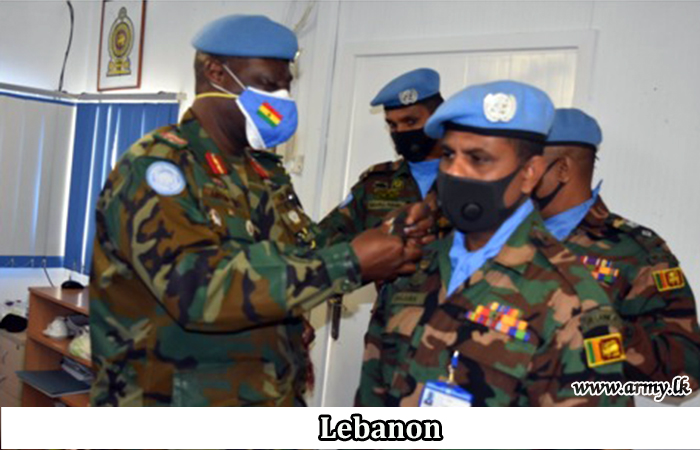 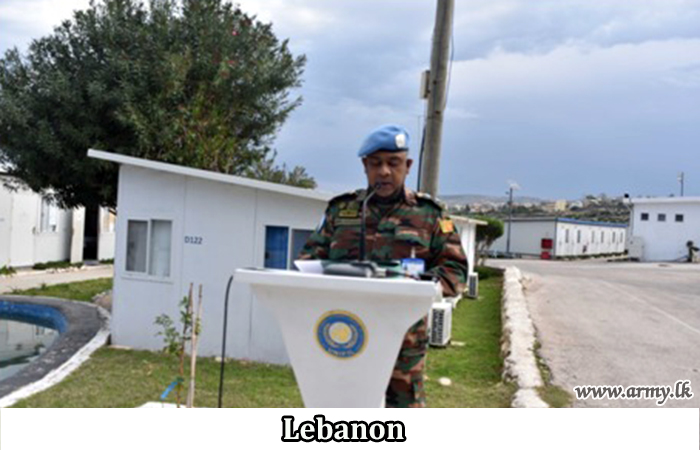 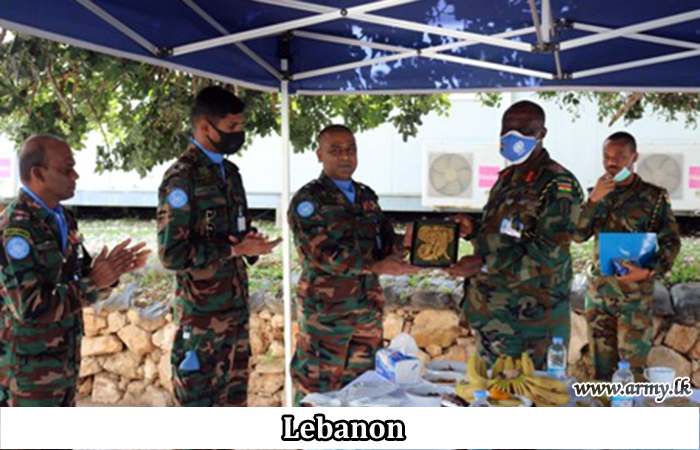 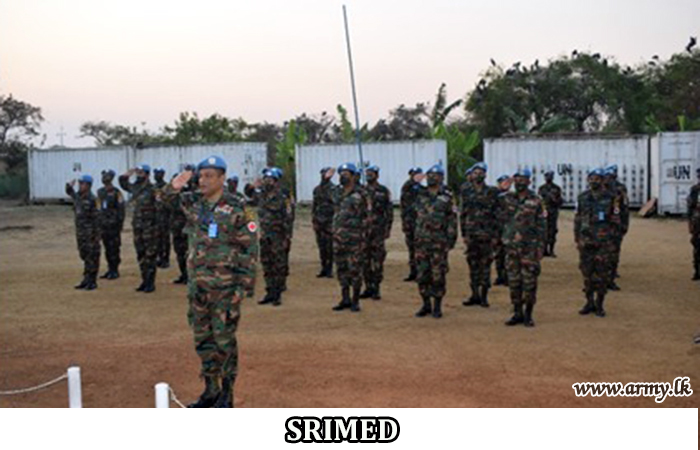 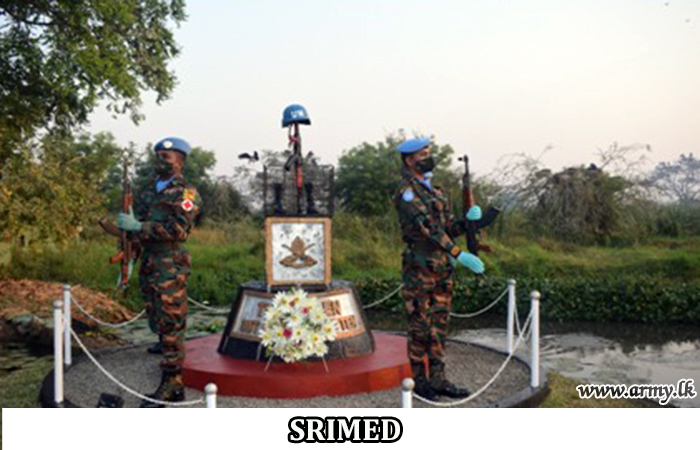 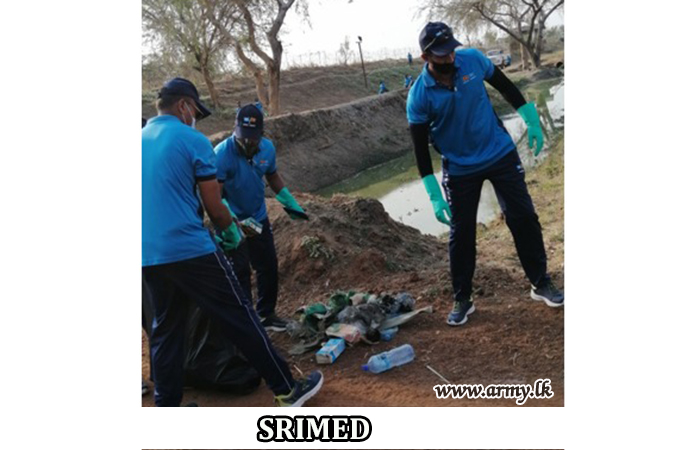 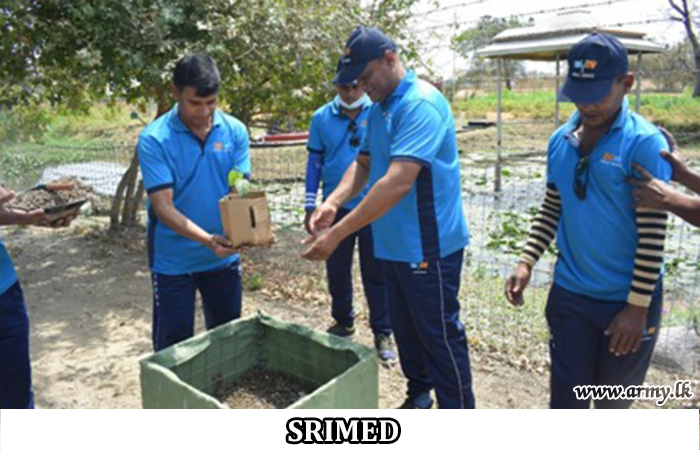