This was the first sports fiesta of this magnitude launched after 3 decades in the former battle-hardened Kilinochchi. Commander SF-MLT and Mr R Ketheeswaran, District Secretary for Kilinochchi graced the occasion as chief guests with all General Officers Commanding of Infantry Divisions, Brigade Commanders, Commanding Officers, Officers, Other Ranks and a massive crowd of football fans and spectators who witnessed the finals amidst roars of cheers and applause.

The final match however concluded with a tie, 1-1 goal each after a close encounter. Both co-champions were awarded trophies and medals along with Rs. 150,000.00 for each team and 4 referees were also awarded special awards with mementoes. Following players earned trophies and certificates for their skills, shown during the tournament. 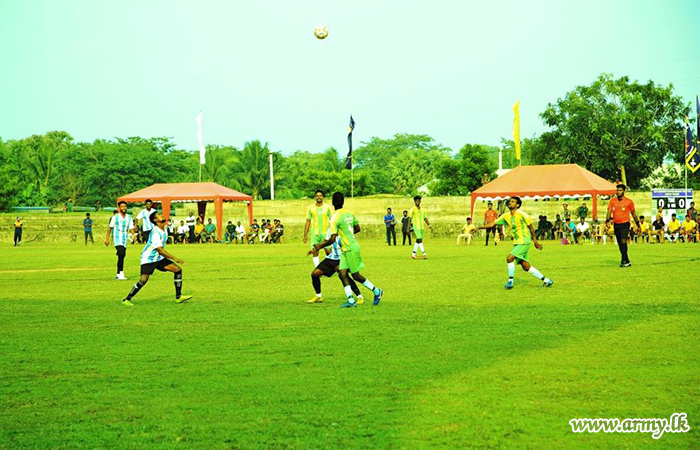 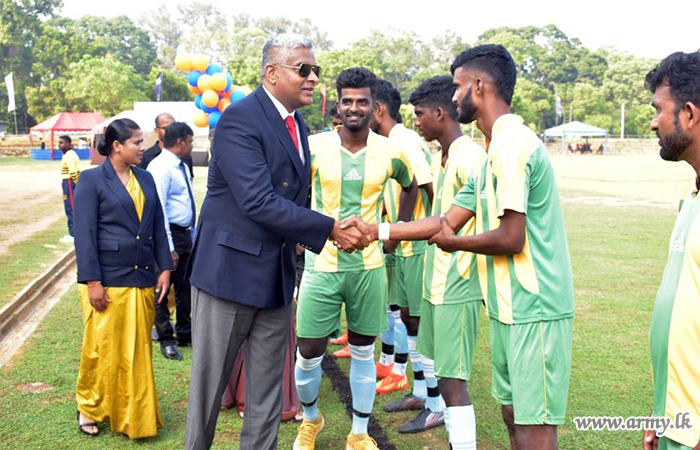 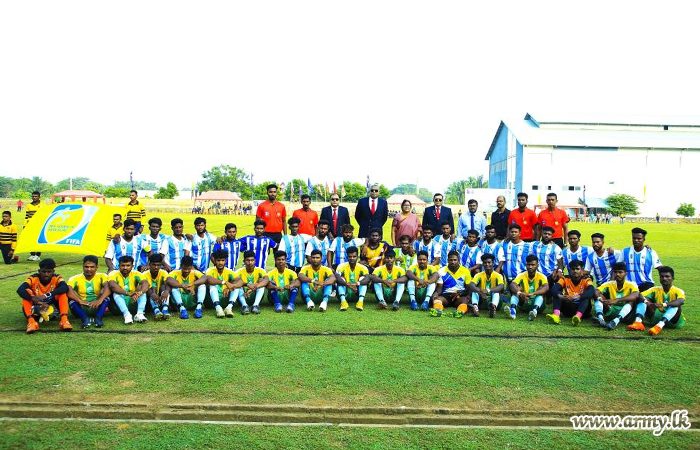 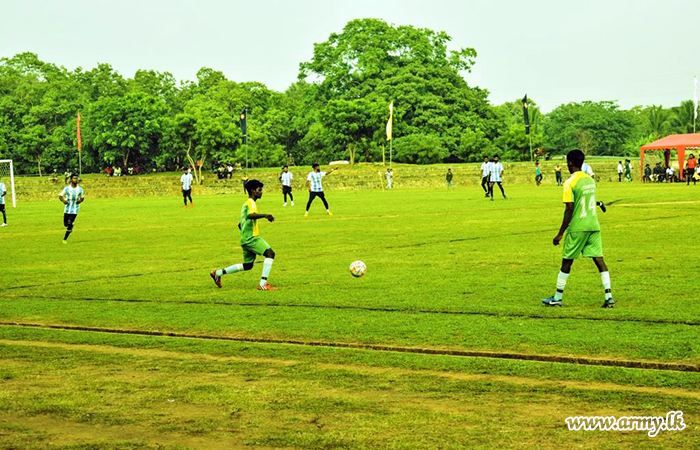 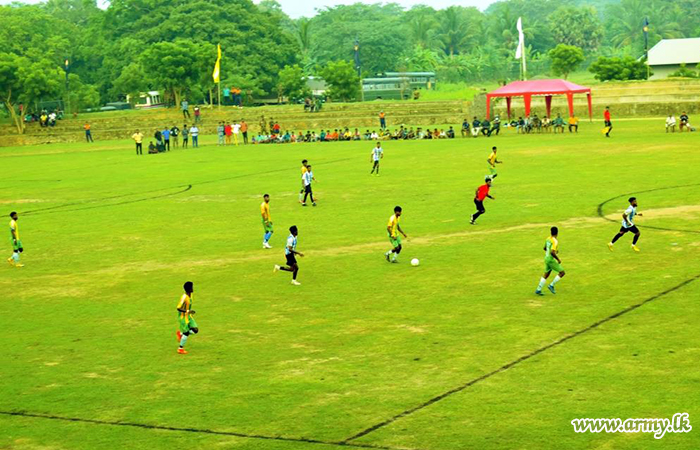 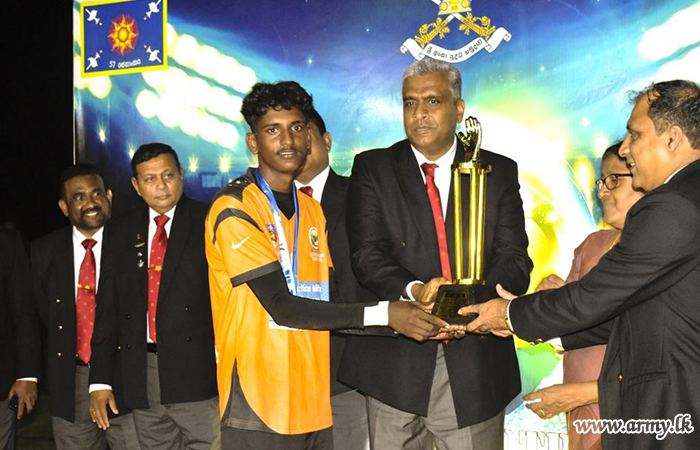 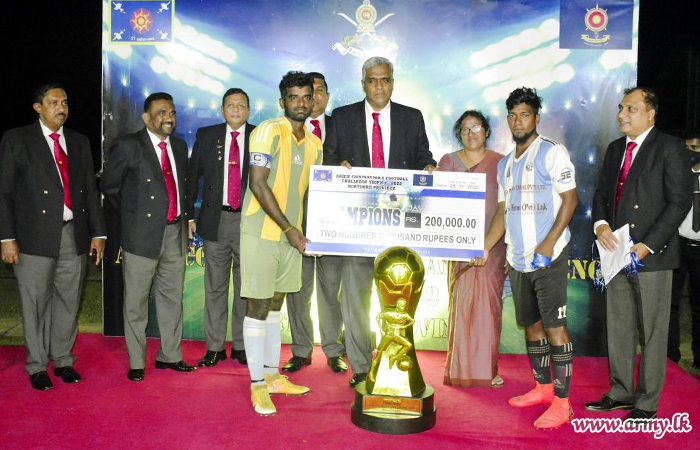 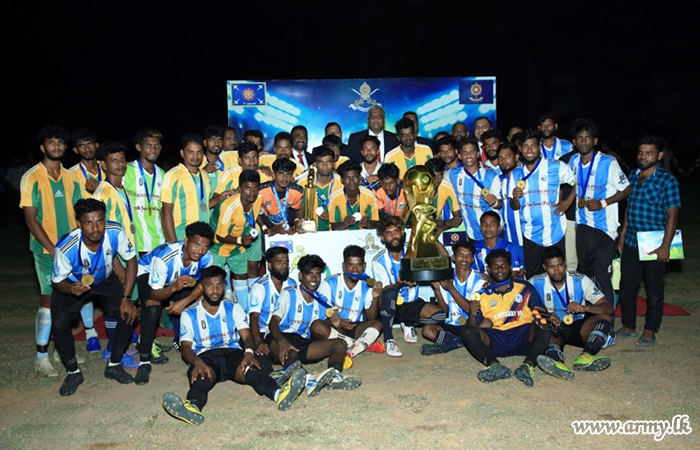