Army troops of the 17 (volunteer) Sri Lanka Light Infantry under command to the 651 Brigade of the Security Force HQ-Wanni doused a fire that broke out in a private bus while it was plying in the general area of Alankulama during small hours on 14 January 2021.

On the directions of the General Officer Commanding of the 65 Division Major General Tikiri Dissanayake and under the supervision of the Commander 651 Brigade, Brigadier Wasantha Bandara, those troops rushed to the location and fought against the raging fire. However, no passengers had been inside at the time the fire started inside.

However, no passengers other than the driver and the conductor were available on board the bus. 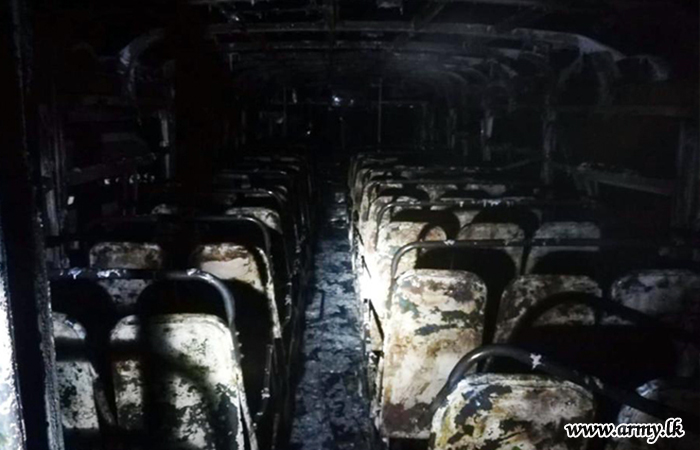 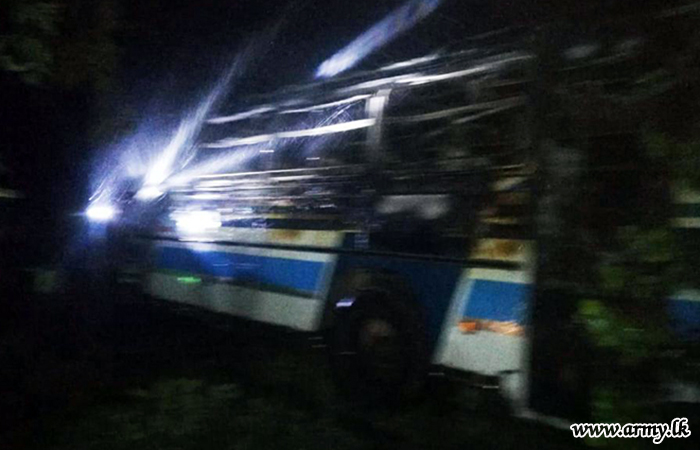