Minutes after the cordial meet at the Army Headquarters took place, the visiting Chief of the Army Staff of the Indian Army, General Manoj Mukund Naravane, PVSM, AVSM, SM, VSM, ADC had a courtesy meeting with the Secretary Defence, General Kamal Gunaratne (Rtd) at the Ministry of Defence at Sri Jayawardenepura on Wednesday (13).

The Indian delegation was welcomed by the Military Liaison Officer at the Ministry of Defence and ushered them to the office of the Secretary Defence where General Kamal Gunaratne (Rtd) warmly received him before cordial discussions ensued. During their exchange of views, both highlighted the importance of bilateral cooperation towards strengthening of training modules as well as other general matters.

Towards the end of the interaction, General Kamal Gunaratne (Rtd) presented a memento to the visiting Indian Army Chief. The gesture was reciprocated. He also left compliments in the visitors’ book at the MoD.

General Manoj Mukund Naravane with a five-member delegation, including his wife Mrs Veena Naravane, President, Army Wives Welfare Association of the Indian Army is in Sri Lanka on a five-day long goodwill tour. He was also scheduled to pay courtesies to HE the President Gotabaya Rajapaksa, Hon Prime Minister Mahinda Rajapaksa. Secretary to Ministry of Foreign Affairs, Navy and Air Force Commanders. 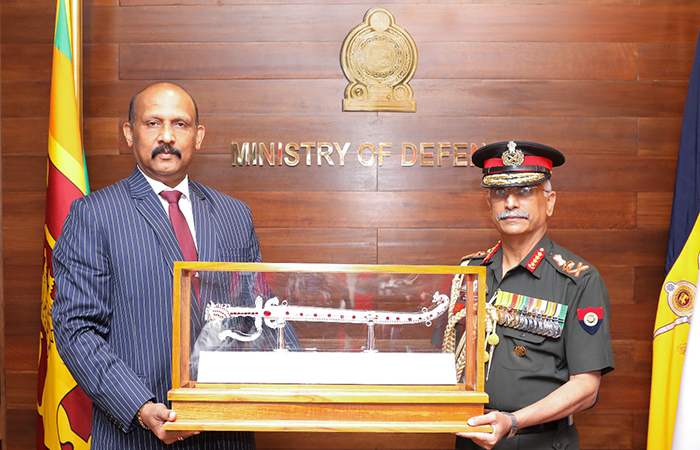 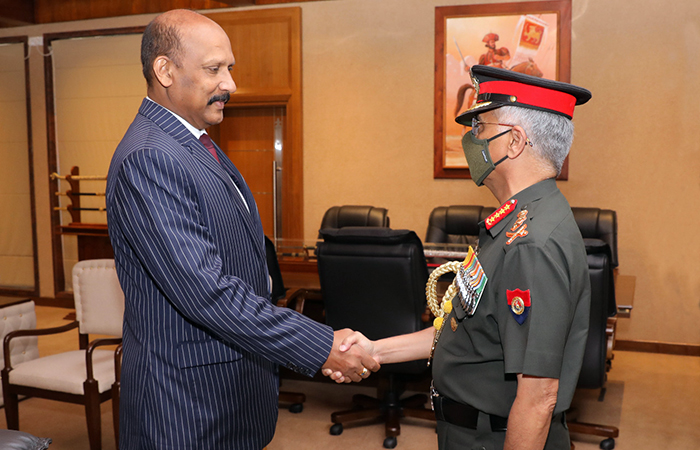 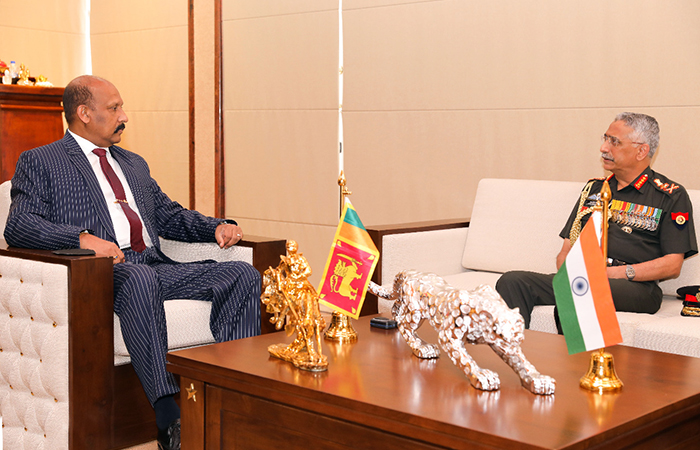 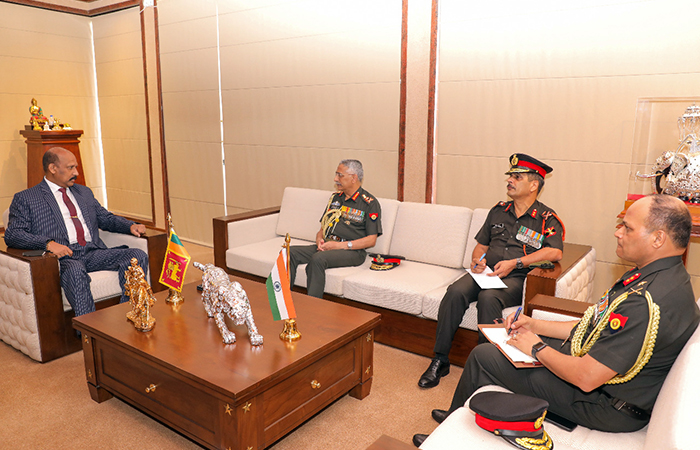 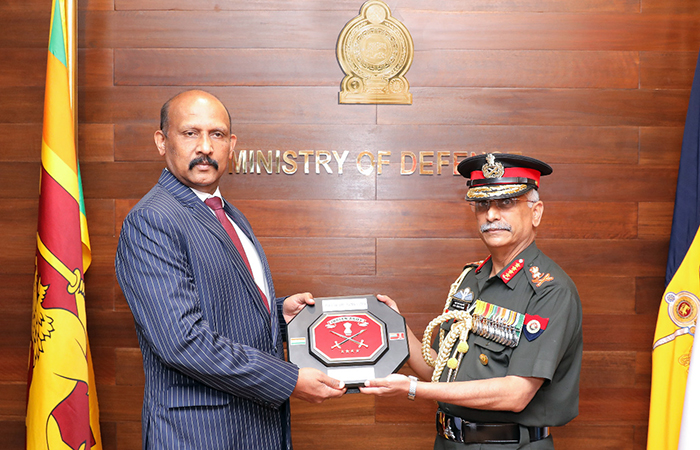