Ministry of Defence-initiated 'Sathviru Abhiman', an appreciative tribute to family members of War Heroes who sacrificed their lives for defence of the country, those War Heroes who lost their legs and limbs and those who are still serving to usher in a country with peace and reconciliation got underway at Sugathadasa Indoor Stadium, in which more than Rs 700 million worth welfare benefits by way of houses, lands and scholarships were distributed by HE the President Maithripala Sirisena, Commander-in-Chief-of the-Armed Forces this afternoon (22).

Monday's mega welfare project, considered as the final phase of the 'Api Venuwen Api' project of the MOD saw 1504 beneficiaries receive new houses, lands for War Heroes or families and scholarships for War Heroes' children. Tri service troops-built 25 new homes under this project cost the MOD, each about Rs. 2.5 million and those new homes were vested in selected families of fallen War Heroes and disabled War Heroes during this ceremony. A record 925 beneficiaries during this ceremony received a staggering sum of Rs 504.93 millions for completion of their partly-built homes from the proceeds of the 'Api Venuwen Api' project and the National Defence Fund.

246 land blocks from Kolonna, Anamaduwa, Elahera and Mundalama areas were also given away to War Heroes and War Hero families during this event in addition to the distribution of 308 DFCC Bank-sponsored scholarships to the value of Rs 7.68 million among those Ranaviru children under 'Viru Saru Sisu Seriya' project.

Today's ceremony got to a start with the arrival of HE the President, Chief Guest to be received by General (Retd) Shantha Kottegoda, Secretary Defence, Chief of Defence Staff, Army, Navy, Air Force Commanders, acting IGP and Director General, Civil Security Department. Formalities such as the lighting of the traditional oil lamp, two-minute silence in honour of fallen War Heroes, etc set the floor open for the day's proceedings afterwards. 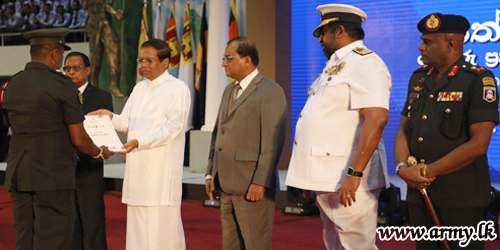 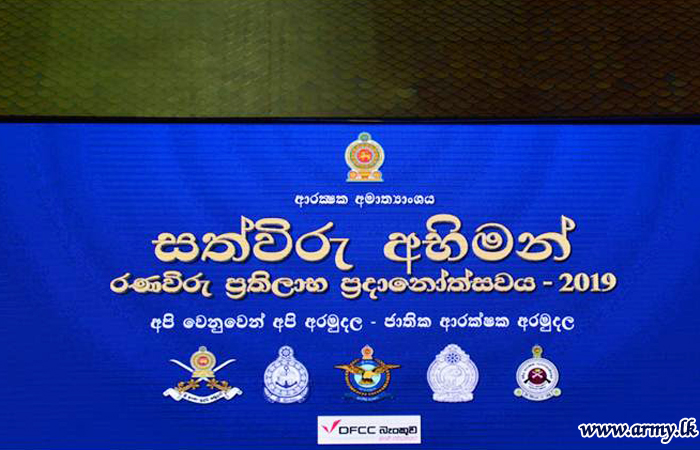 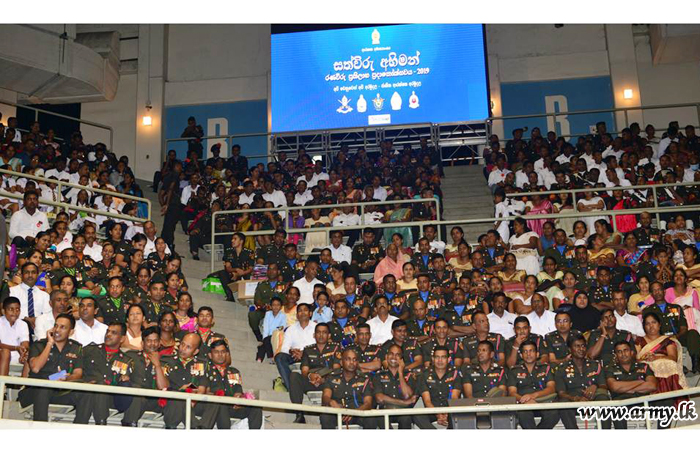 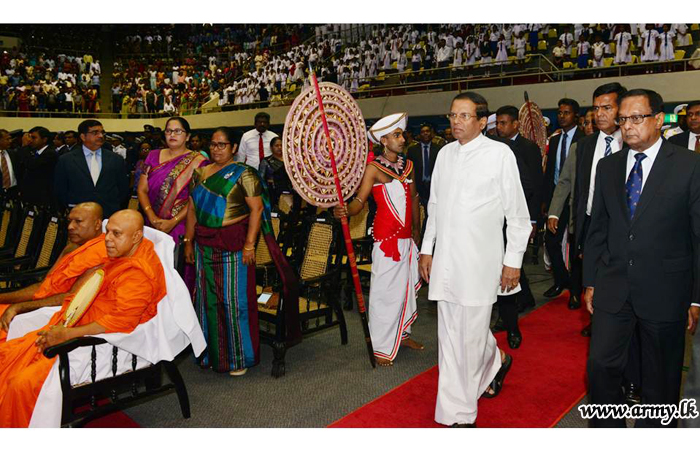 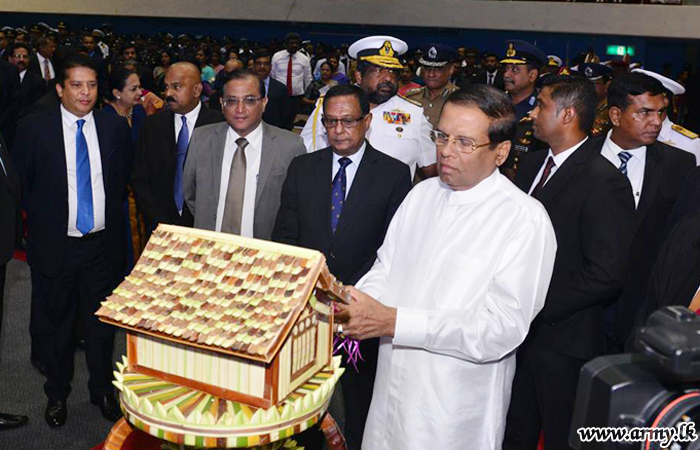 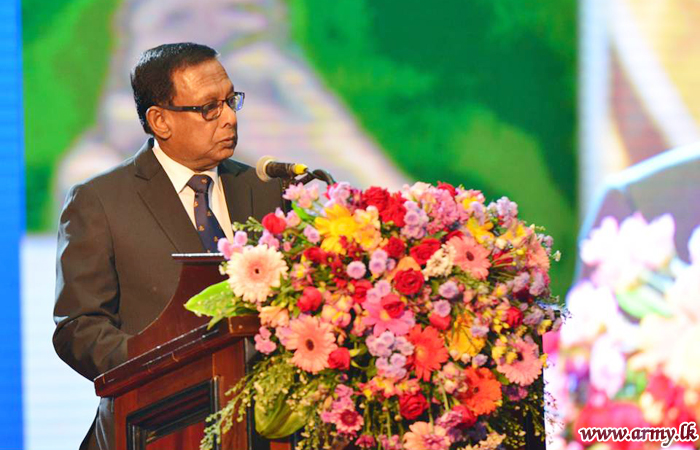 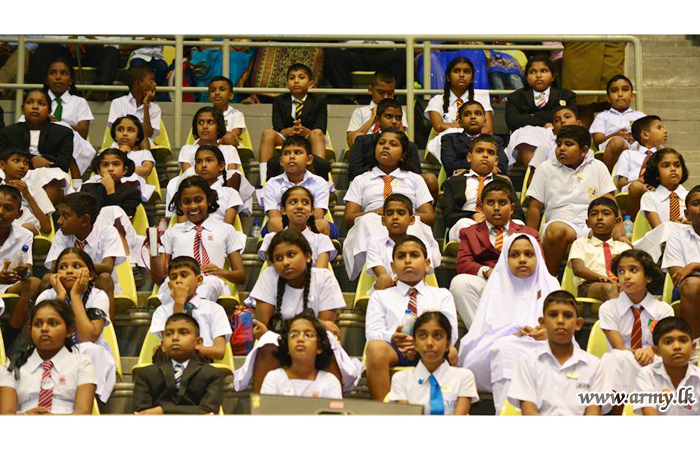 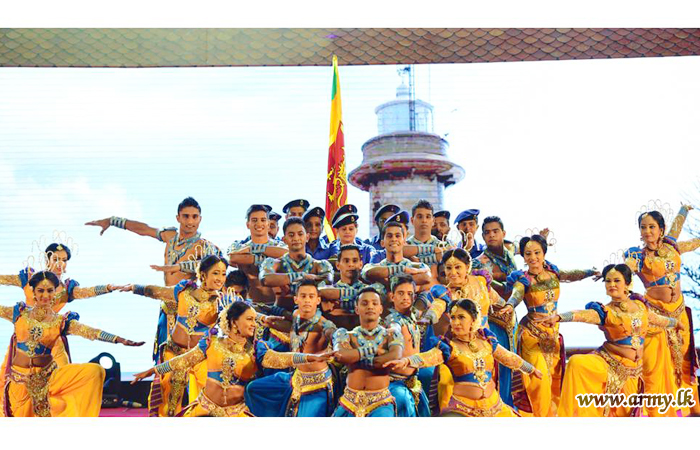 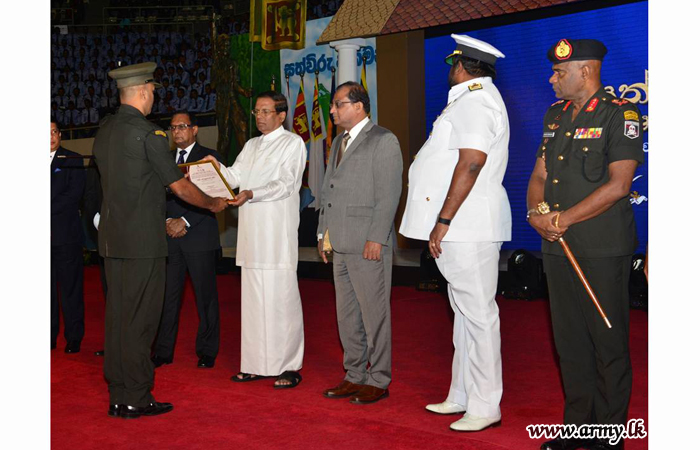 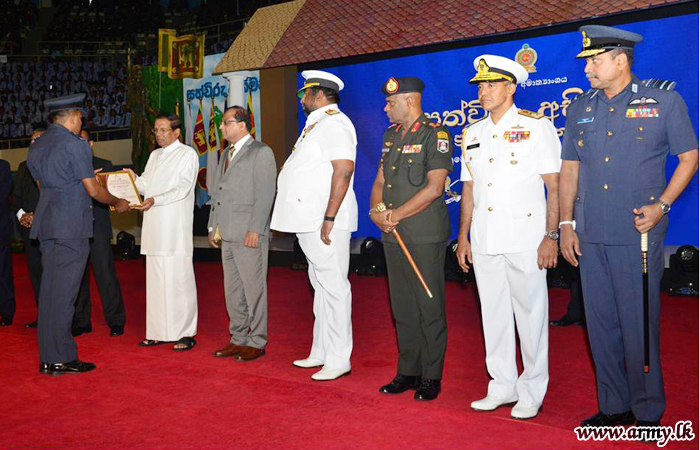 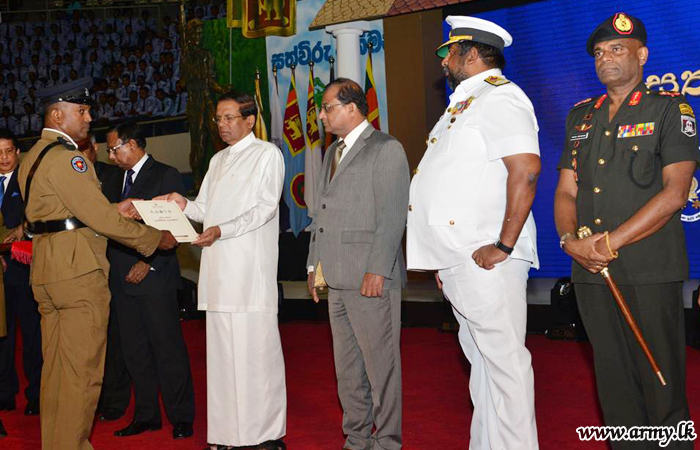 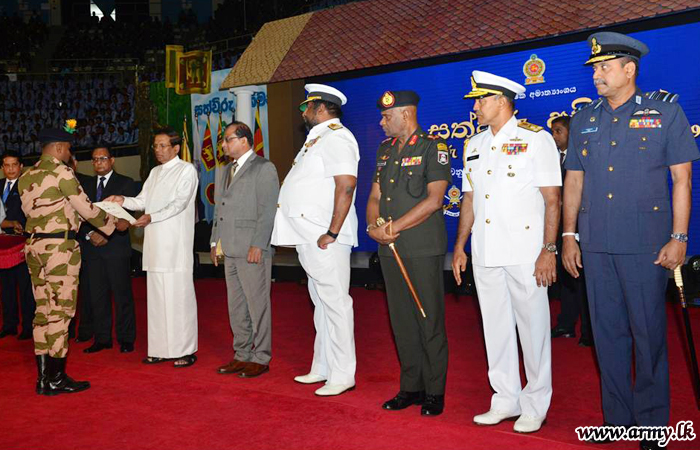