General Shavendra Silva, Chief of Defence Staff and Commander of the Army, a life dedicated to the country and a life which protects the life of others this morning (31) symbolically received a fitting tribute to his devoted role after he upon his due advancement into four-star rank General arrived at the Army HQ premises in conformity with military traditions.

The well-deserved promotion for his unconditional serving and selfless attitude was made a reality by HE the President Gotabaya Rajapaksa, Commander-in-Chief of the Armed Forces on 28 December 2020, together with the elevation of the Secretary Defence, Major General (Retd) Kamal Gunaratnne also to the deserving rank of General.

The glittering military ceremony started off as his ceremonial motorcade carrying the day's protagonist, General Shavendra Silva reached the main entrance to the Commander's secretariat to be greeted to an elegant Guard Turnout salute, a formal military feature, presented by Gajaba Regiment troops after Colonel Indika Perera, Commanding Officer, HQ Battalion at the Army Headquarters received the day's Chief Guest at first.

Major General Prabath Dematanpitiya, Chief of Staff afterwards extended a warm reception to the promoted Army Chief in turn and invited the day's iconic military leader, General Shavendra Silva to review the Guard of Honour parade, presented by 2 Officers and 48 Other Ranks of his own Gajaba Regiment, along with Regimental colours. As marching melodies began rending the air, General Shavendra Silva, together with the parade commander and accompanying Chief of Staff reviewed the colourfully-dressed parade and proceeded to the special dais before taking the Guard of Honour salute which signifies a mark of recognition and seniority of rank.

Next, lined up were the Chief of Staff, Deputy Chief Of Staff, Commandant Sri Lanka Army Volunteer Force, Commanders of all Security Forces, Principal Staff Officers, Advisors, Directors of respective Directorates to congratulate their promoted head of the organization who has accomplished a monumental role in the annals of the Army history and served as the guiding light and the source of inspiration to them.

Minutes after those greetings, the day's protagonist in a brief but well-meant speech addressed the gathering and thanked everyone for the unwavering cooperation given to him right throughout his career and HE the President for promoting him to a four-star rank. Expressing his deep gratitude to his past pioneering veterans and mentors, both dead or still alive, General Shavendra Silva called upon all to join hands together to further foster the image of the organization and contribute to the nation-building tasks in a more vibrant manner. Promotion in the forces is not only a show of confidence and acknowledgment of hard work, but it is also proof that Sri Lanka Army is an evolving professional institution, making it an attractive career, General Shavendra Silva remarked. 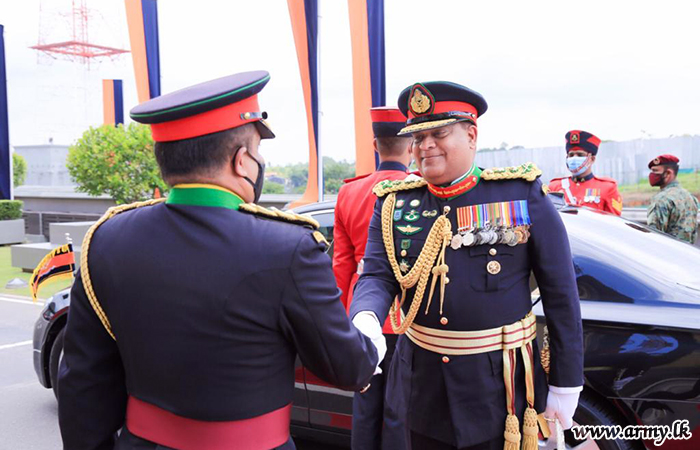 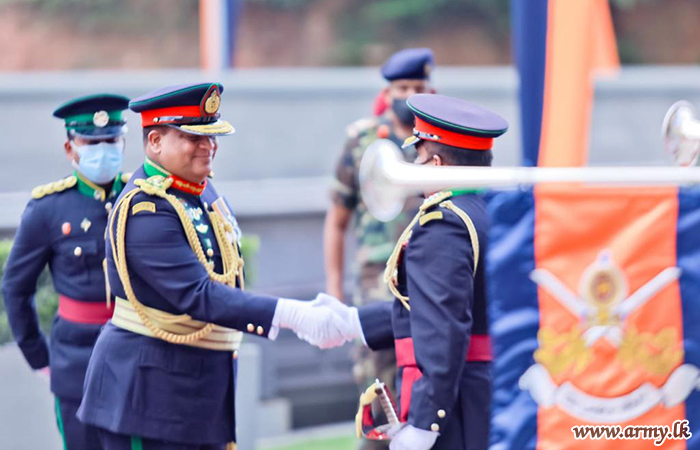 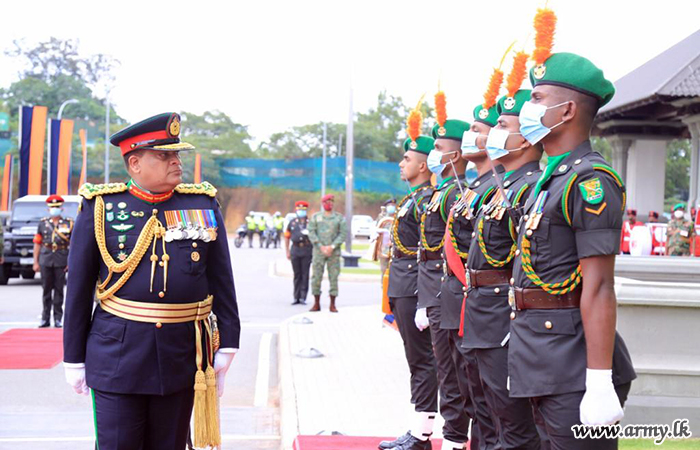 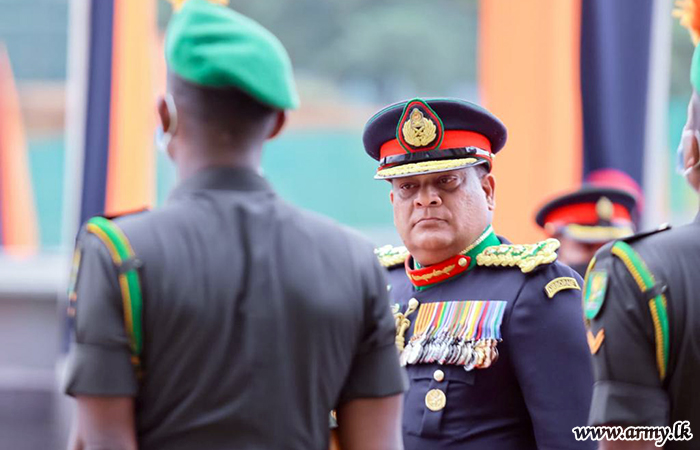 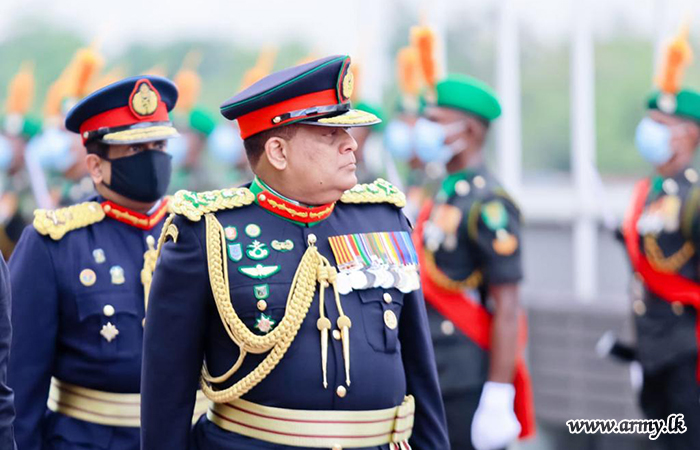 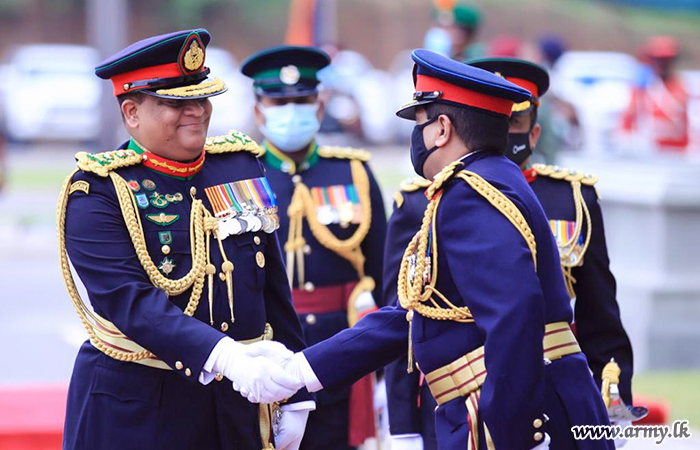 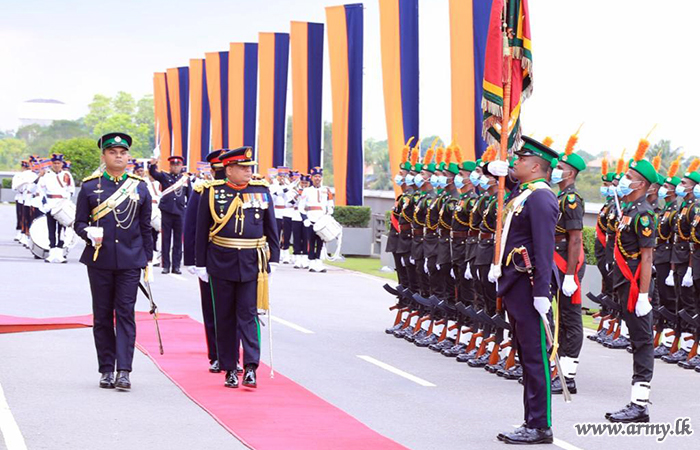 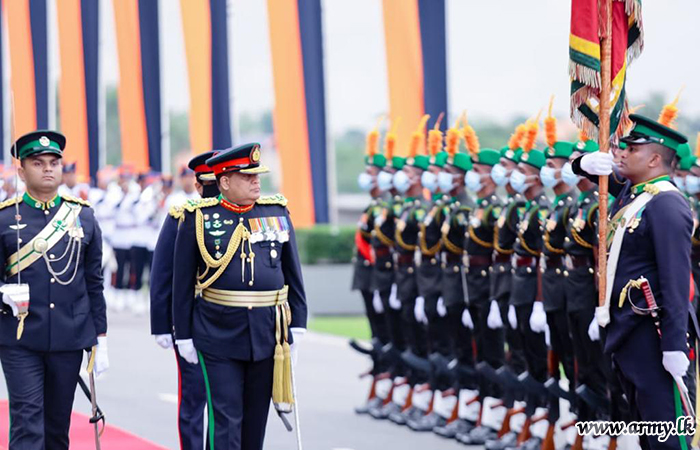 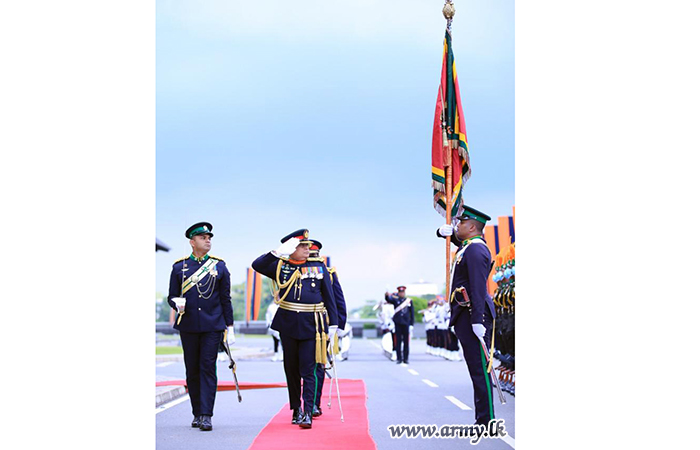 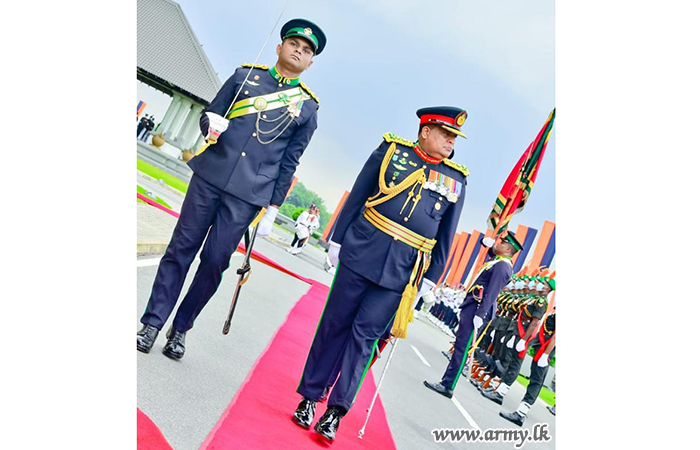 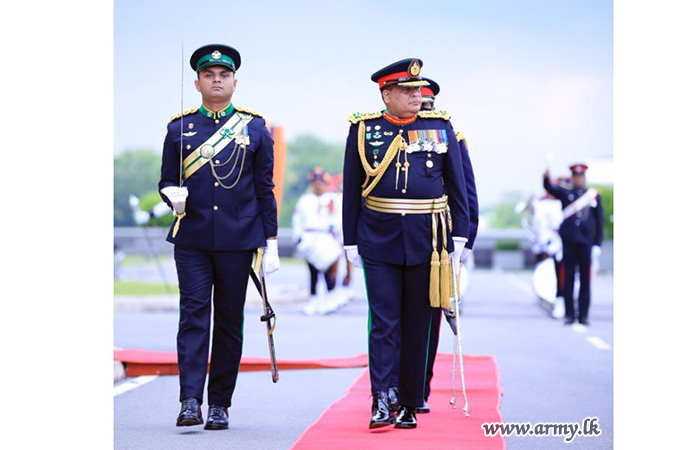 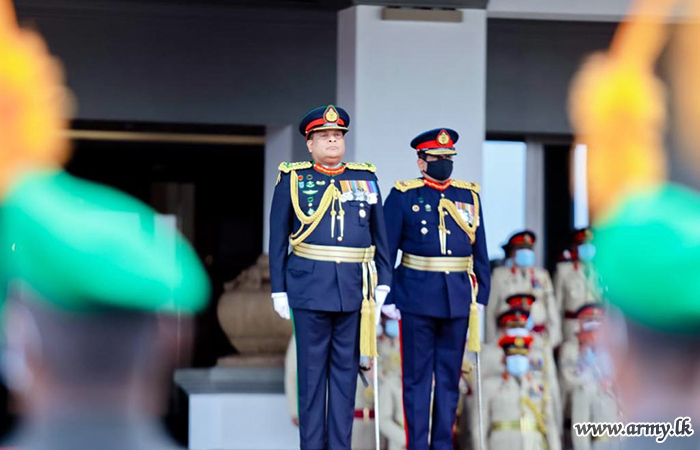 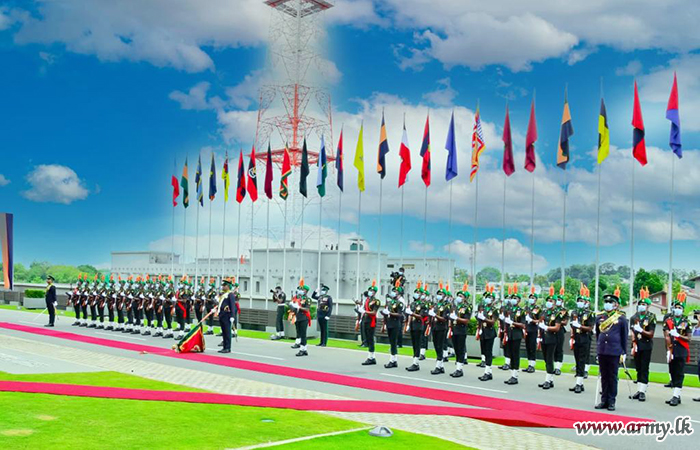 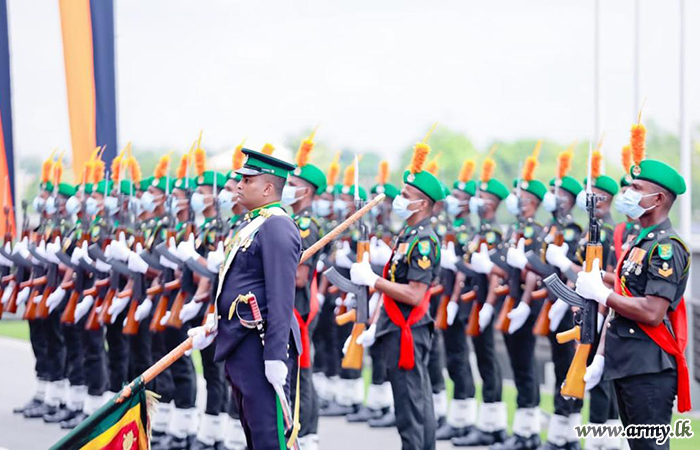 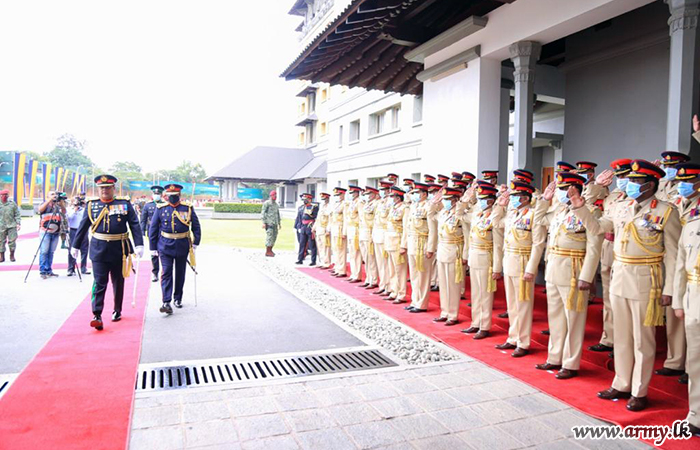 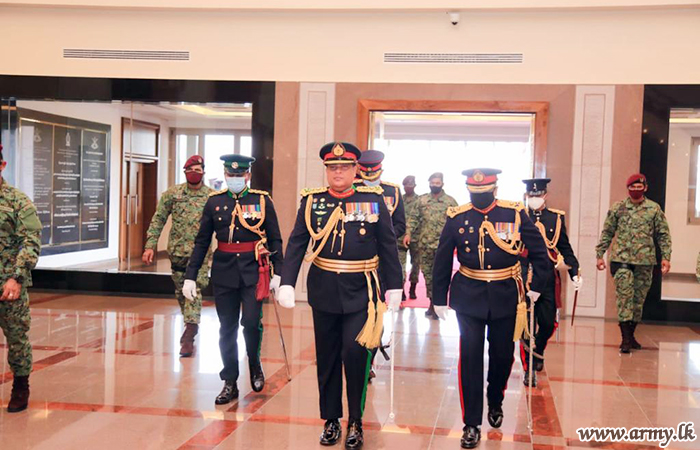 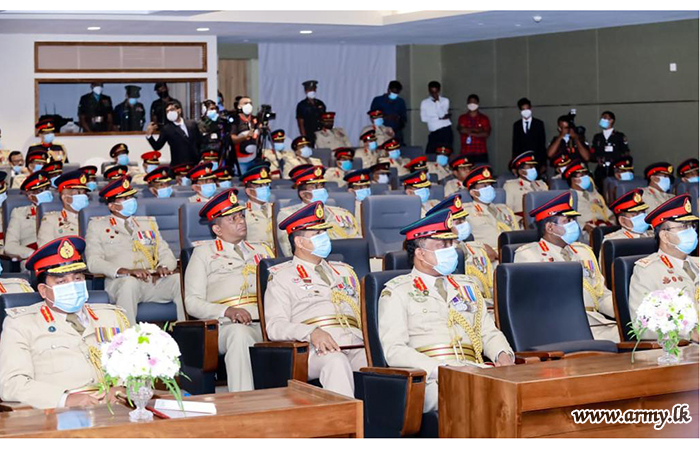 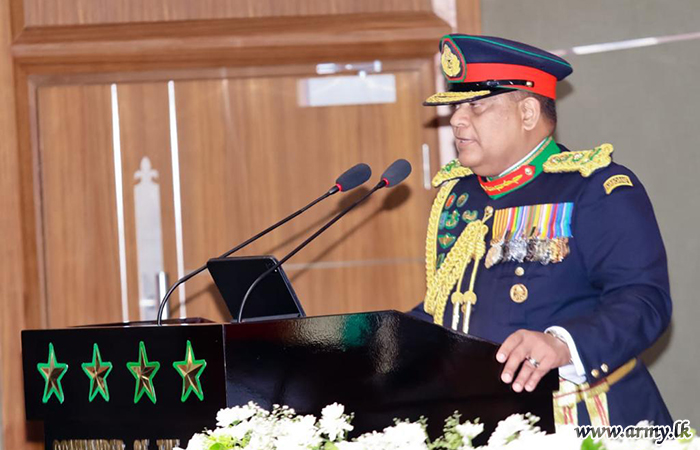