He explained one by one afterwards in his analysis;

“To be autonomous, a system must have the capability to independently compose and select among different courses of action to accomplish goals based on its knowledge and understanding of the world, itself, and the situation.”

autonomy at rest: operates virtually, in software, and include planning and expert advisory systems autonomy in motion: has a presence in the physical world and include robotics and autonomous vehicles

1) They can move independently through their environment to arbitrary locations;

2) They can select and fire upon targets in their environment;

3) They can create and or modify their goals, incorporating observation of their environment and communication with other agents

Self-mobility developed first, with all missile systems by definition being self-propulsive and homing/navigation being rapidly incorporated to improve accuracy.

They represent a new frontier of autonomy, where the weapon does not have a specific target but a set of potential targets, and it waits in the engagement zone until an appropriate target is detected.

This technology is on a low number of deployed systems, but is a heavy component of systems in development.

Area surface defense systems developed high levels of autonomy in weapons use first, with many having full authority to acquire and fire and targets without a human in the loop by the mid-1980s.

Some of the more advanced systems (e.g. LRASM, TARES) are able to choose and prioritize targets in their engagement zones, communicate with other weapons systems, and re-prioritize targets based on information in the field.

Whilst currently existing automatic systems such as land mines and missile defence systems response to easily identifiable triggers and are usually subject to overriding human control, the potential systems of the future would exhibit some degree of ‘learning, adaptation or evolutionary behaviour’, allowing them to freely make decisions in ‘open and unstructured environments’.

“Systemic pulsing of force and or fire by dispersed internetted units as to strike the adversary from all directions simultaneously” Arquilla and Rondfeldt, 2000.

Swarm of 103 drones collectively deciding that a mission is accomplished, fly on to the next mission to carry it out

« This study concluded that DoD must accelerate its exploitation of autonomy both to realize the potential military value and to remain ahead of adversaries who also will exploit its operational benefits.

Deputy Defense Secretary Bob Work: “There is one thing that will improve the performance of the battle network more than any other. And you must win the competition because you are in it whether you like it or not. And that is exploiting advances in artificial intelligence and autonomy. That will allow the joint force to assemble and operate human machine battle networks of even greater power.

Strategic stability refers to “the condition that exists when two potential adversaries recognize that neither would gain an advantage if it were to begin a conflict with the other.”

Deterrence: build a military force large enough to establish the credibility of threatened punishment if vital interests are impinged upon

Hivenets: clusters of compromised devices with autonomous machine-learning abilities that could automatically both identify and attack other systems. DARPA’s cyber challenge

Challenge to states’ monopoly of the use of force

“The threat is really changing - this explosion of commercial technology, of super-empowered commercial technology, of each individual technology path on an accelerated schedule,” James Geurts, who leads SOCOM’s acquisitions, technology and logistics efforts, said on 16 May 2017. “When you start stacking accelerations on top of each other, pretty soon you’ve got autonomous swarms of drones with facial recognition attacking you on the battlefield. And so how do you get out in front of that?”

During a recent visit to Mosul, Iraq, SOCOM commander Gen. Ray Thomas said he ran into a pair of operators who had found an off-the-shelf rotary-wing quadcopter adapted by ISIS weaponeers to carry a 40 mm weapon.

“This is how adaptive the enemy was,” Thomas said. “About five or six months ago, it was a day that the Iraqi effort almost came to a screeching halt. Literally in the span of 24 hours, there were up to 70 drones in the air. At one time, 12 ‘killer bees,’ if you will, right overhead” Defense News, 18 May 2017

In the West, technology as a surrogate for human capabilities

Likely shift in the offense-defense balance

“Success in creating AI could be the biggest event in the history of our civilisation. [It will be] either the best, or the worst thing, ever to happen to humanity. We do not yet know which.” Professor Stephen Hawking (2016) Running Sneakers | Air Jordan 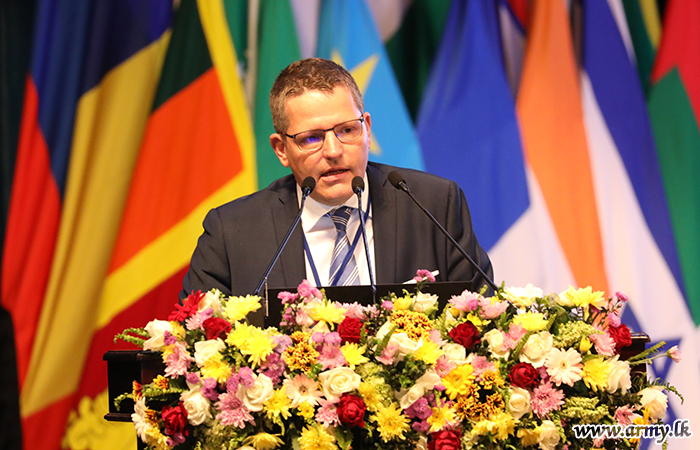